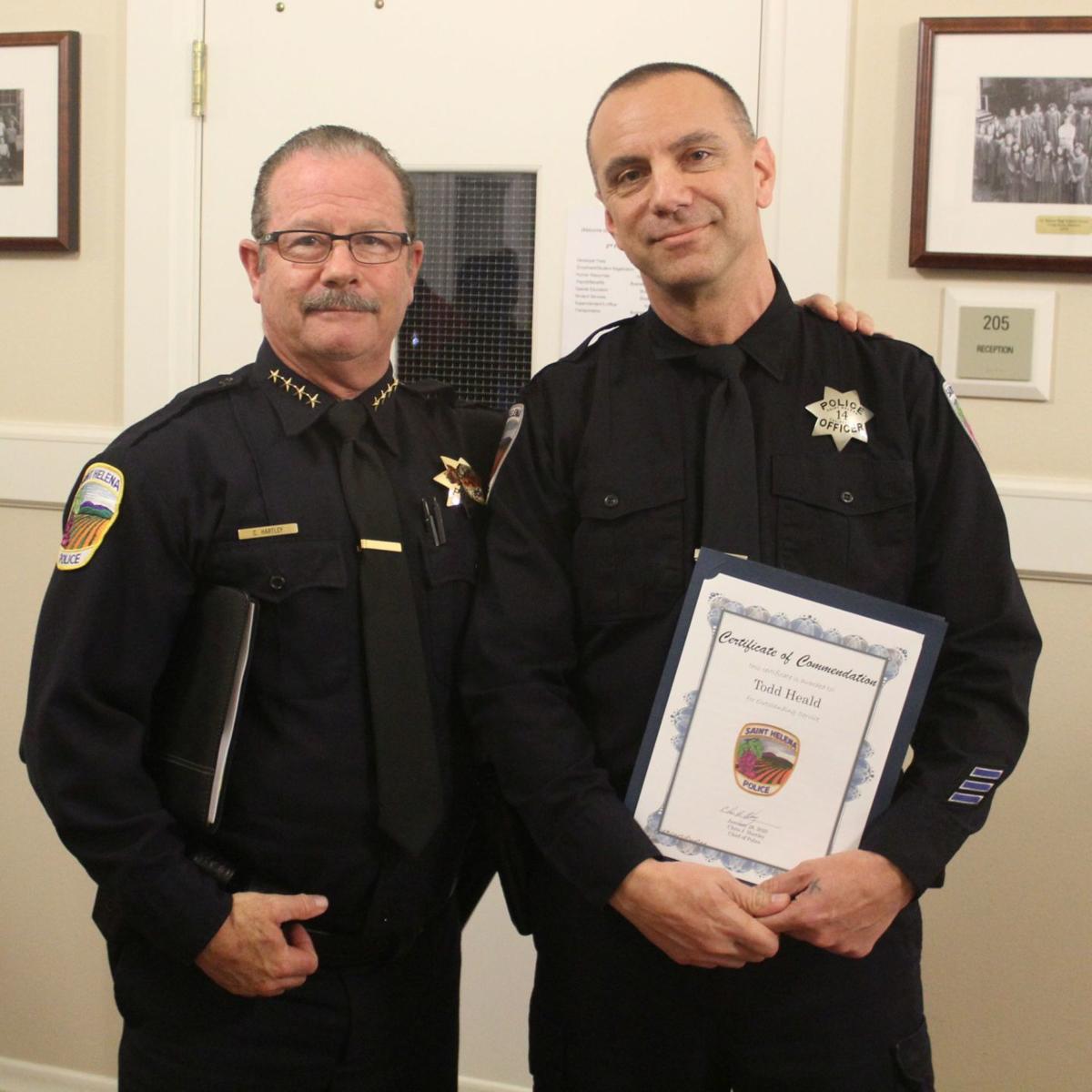 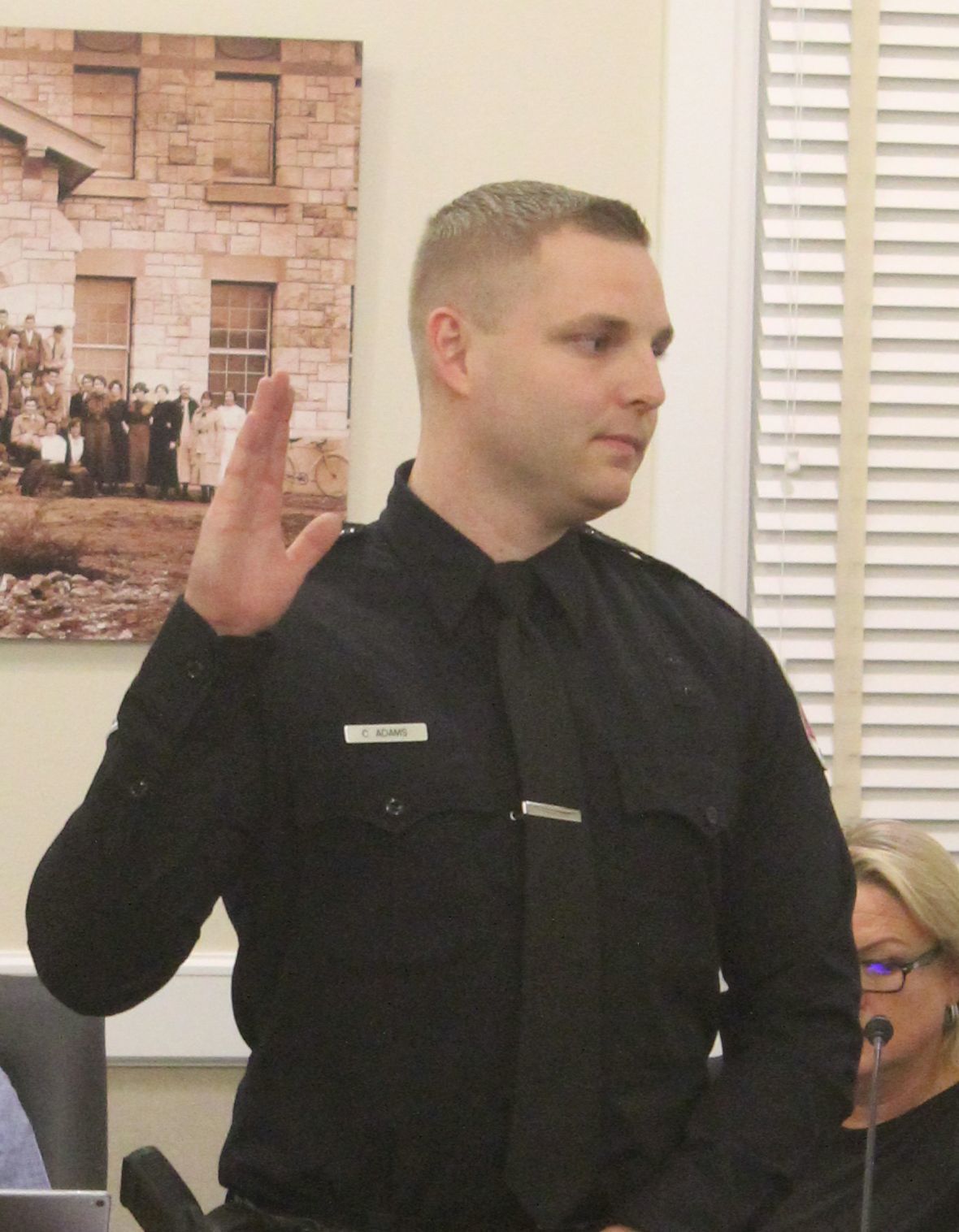 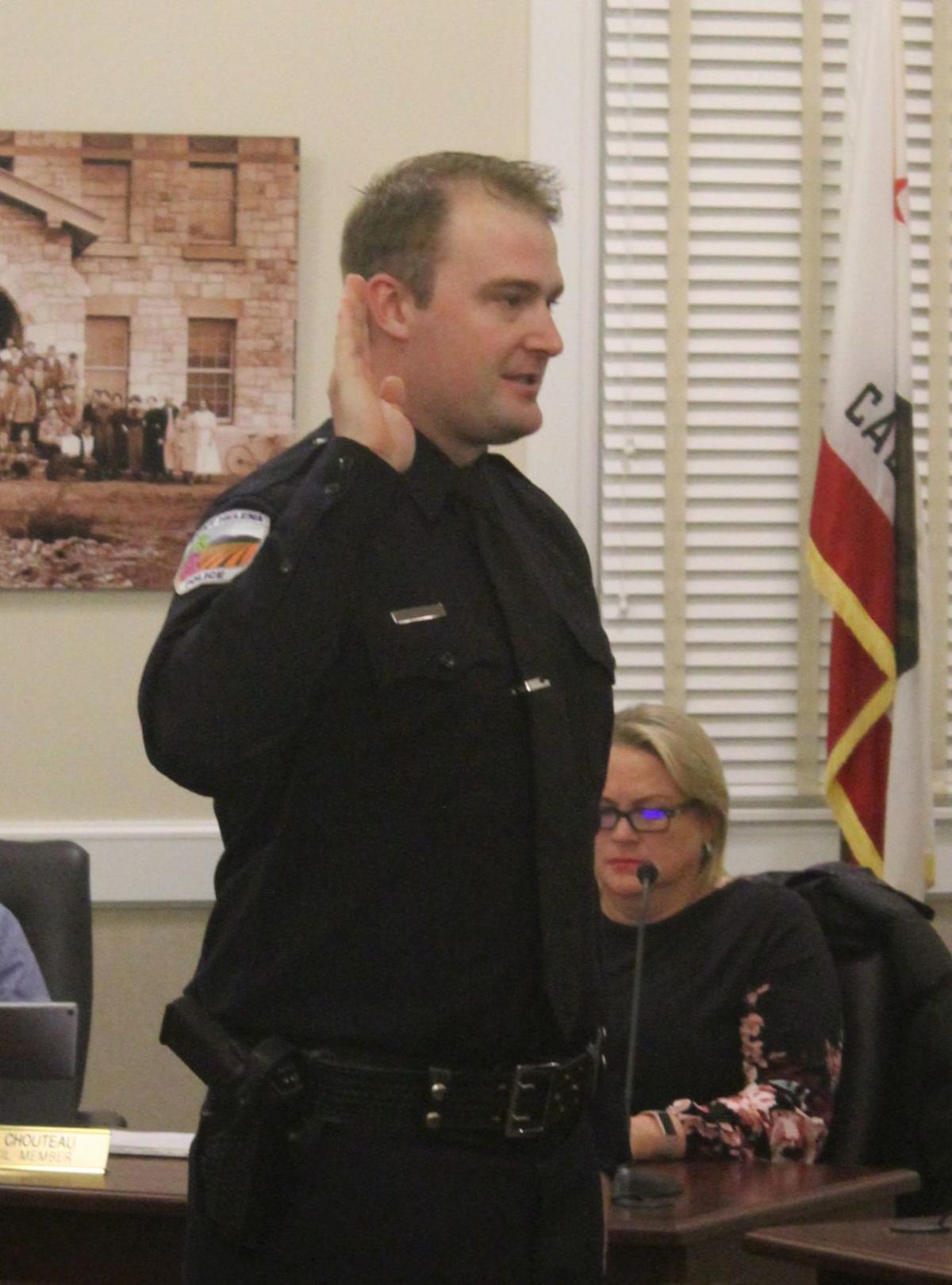 Heald led the investigation into a Jan. 5 burglary at the Beringer Vineyards production facility on Pratt Avenue. Numerous items were missing, including a 2016 Ford F-150 truck, laptops, cell phones, sports memorabilia and vehicle keys. The items were valued at $50,000.

After the burglary was discovered the next morning, Heald was the first officer on the scene. He searched the building, located and processed evidence, and tied the burglary to the security guard who’d been on duty that night.

Heald alerted Vallejo police, who found the guard and a suspected accomplice in the stolen truck. Both were arrested.

“Your hard work and determination resulted in the recovery of stolen property, which included the stolen vehicle and the arrest of the suspect responsible for the burglary,” said Police Chief Chris Hartley.

Tuesday’s council meeting also included the swearing in of officers Colton Adams and Randall Stephenson, who joined the department in early January.

The city of St. Helena is eliminating its 10 p.m. curfew for youth under the age of 18.

"George Floyd did not need to die," St. Helena Police Chief Chris Hartley said in a statement over the weekend.