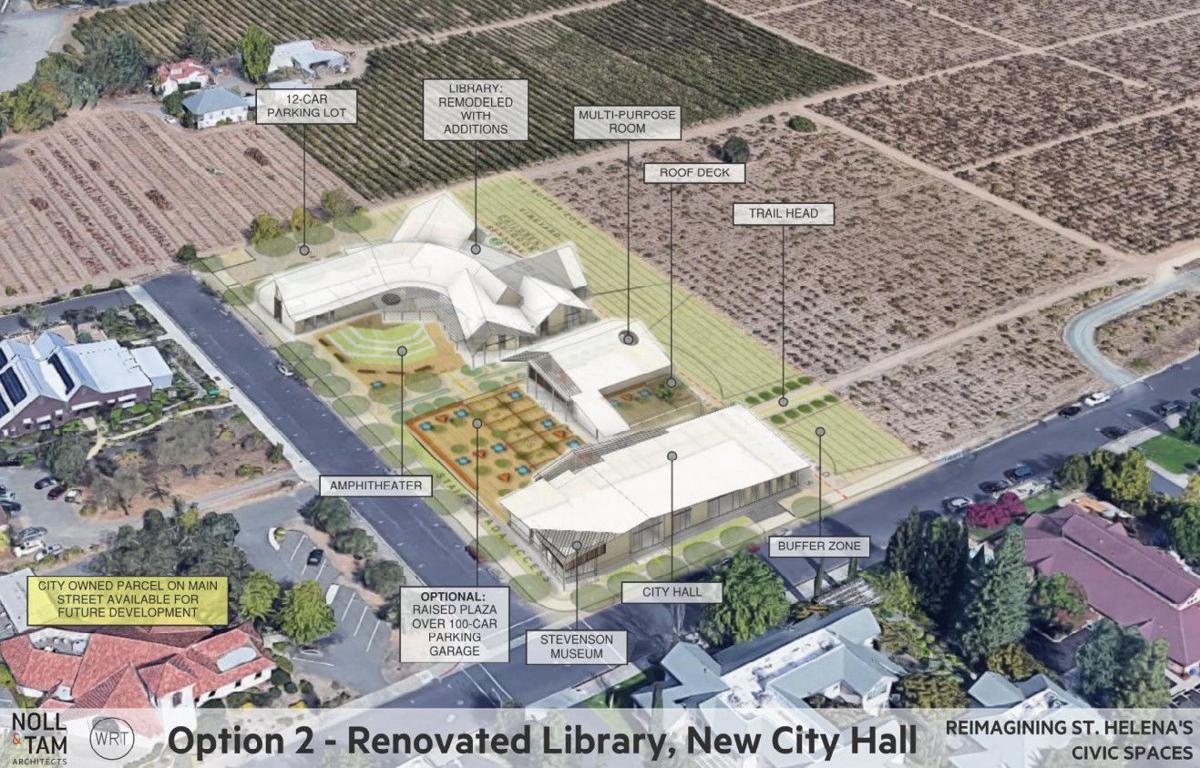 Option 2 involves renovating and expanding the library and building a new City Hall and multi-purpose room/council chambers along Library Lane. It was one of four options analyzed by consultants Noll & Tam. 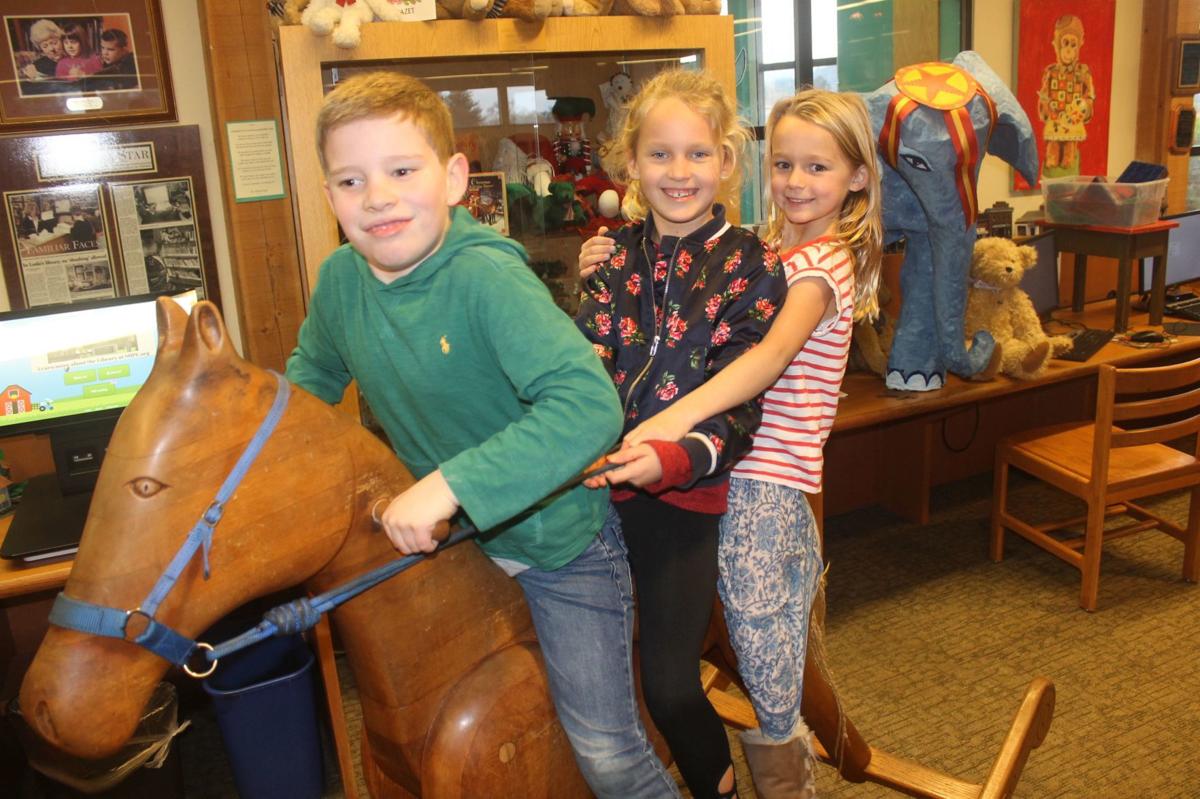 The St. Helena Public Library Board of Trustees wants the library to stay where it is, as the City Council grapples with where to put new city facilities.

Out of four master plans analyzed by a consultant, trustees agreed Friday to endorse the only one that calls for renovating and preserving the library in its current location.

“We believe that the present location of the library appeals to most St. Helenans and that there is no compelling need or reason to place it elsewhere,” trustees wrote in a letter to the council.

So-called “Option 2” calls for renovating and expanding the library and building a new City Hall and multi-purpose room/council chambers along Library Lane.

The other three options under consideration involve building a new library on either Library Lane or the current City Hall site. Two of the options would move City Hall operations into the existing library building.

The option preferred by library trustees calls for substantial renovations to the library, including an enlarged children’s section, expanded teen space, and a larger meeting room.

Renovated in its current location, the library “would serve as an anchor for a nexus that would include city hall, the RLS Museum, possibly the police department and a secure council chamber as one coherent community space,” the letter states.

“The structures could be separate or contiguous, as long as the library remains accessible as it is now,” trustees wrote.

Trustees approved the wording of the letter at a special meeting on Friday. In December Vice Mayor Paul Dohring encouraged the board to make a formal written recommendation to the council.

The recommendation comes as the council considers whether to permanently abandon the aging and dilapidated City Hall building, which has been vacant ever since a malfunctioning heater filled the building with smoke on Dec. 18.

The council is scheduled Jan. 14 to appoint a task force that will evaluate the Noll & Tam study in greater detail and make recommendations to the council.

The council is also set to discuss the Noll & Tam study at a special meeting at 6 p.m. Wednesday, Jan. 8, at Vintage Hall.

Sharing the spirit: Christopher Olivier, 16, gets early start in volunteering

16-year-old St. Helenan has been volunteering for local causes since he was age 10.

The St. Helena City Council wants to lease the Napa Valley College Upper Valley Campus to use as a City Hall.

St. Helenans reflect on what they’d like to see in 2020

What would you like to see in 2020? We asked a variety of people, including St. Helena's elected officals, and got numerous responses.

Classes are going ahead as scheduled at the Napa Valley College Upper Valley Campus, despite talk of the city of St. Helena leasing part of the campus to use as a City Hall.

The St. Helena City Council is leaning toward building a new City Hall on Library Lane, next to a renovated or rebuilt library.

Your turn: Leadership is mostly missing in St. Helena

The answers to the questions in Henry Loubet’s letter published in the Star on Dec. 26 stretch back at least for the 44 years that I have live…

Bookmark Napa Valley will feature an authors' reception, dinner and an hour-long conversation with three authors, all to benefit the St. Helena Public Library.

There's a way to find back issues of Napa Valley newspapers, including the St. Helena Star and The Weekly Calistogan.

The City Council and Planning Commission will hear a presentation on new state housing legislation during a special joint meeting next Tuesday.

There isn’t much that surprises me anymore. But I just heard something that did. The St. Helena City Council is seriously considering selling …

St. Helena resident Nancy Dervin doesn’t want to see a hotel on the city-owned Adams Street property, and she believes voters will back her up.

Option 2 involves renovating and expanding the library and building a new City Hall and multi-purpose room/council chambers along Library Lane. It was one of four options analyzed by consultants Noll & Tam.