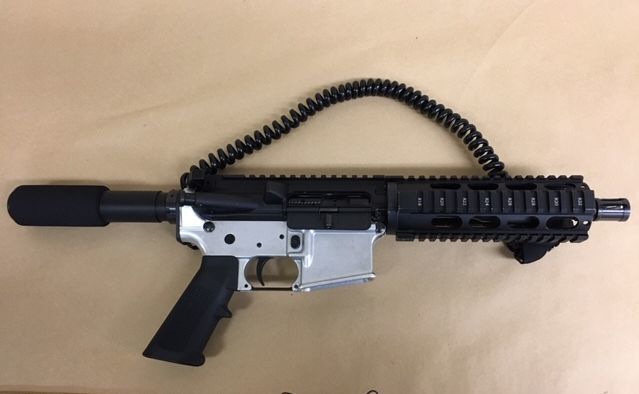 During a traffic stop early Thursday, St. Helena police found this weapon, described as a short-barreled semi-automatic rifle with its serial number filed off. 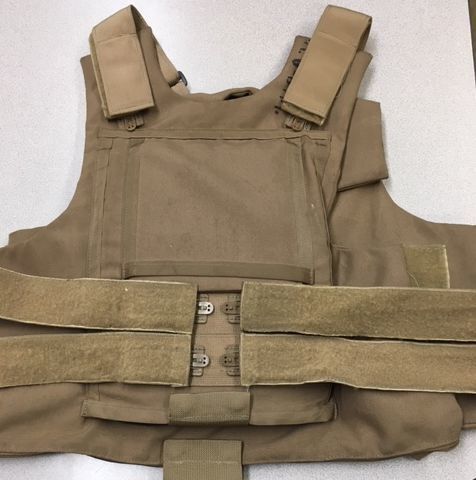 Police say they found this bulletproof carrier vest during a traffic stop.

While on patrol just before 1 a.m., an officer spotted an SUV with no rear license plate heading south on Oak Avenue, said Sgt. Steve Peterson of the St. Helena Police Department. In place of a plate, there was a sign saying the plate had been stolen.

After stopping the car near Oak/Adams, an officer noticed a soft rifle case in the back of the vehicle. Inside was a short-barreled semi-automatic rifle with a pistol grip and its serial number filed off, Peterson said.

There were three men in the car, and all were convicted felons with suspended driver’s licenses, Peterson said.

The driver, Alexander Gerstel, 26, of Oakland, and Anthony Joseph Nunez, 29, of Modesto, were both arrested on multiple weapon and drug charges, including possession of an assault weapon, possession of a concealed weapon in a vehicle, possession of drugs while armed, and being felons in possession of a gun, Peterson said. Both were transported to the Napa County jail for booking.

Peterson said charges will also be sought against the third man in the car, who experienced a medical episode due to a preexisting condition and was hospitalized before he could be questioned.

WATCH NOW: A VISIBLY-DEPLETED RESERVOIR IN THE CARNEROS REGION

A Harley-Davidson restored by the late Jack Christianson was stolen in 2018. Over the last few weeks, St. Helena recovered it and returned it to Jack's family.

St. Helena police arrested a local man after reports of someone trying to burglarize or steal a car outside Stonebridge Apartments. An officer sustained a knee injury while apprehending the suspect.

The BMW was stolen after the owner left it sitting on Jefferson Street with the motor running, police said.

The recovered camera showed the suspect installing the camera in a stall.

The owner of the stolen car spotted it being driven in Napa three days later, police said.

During a traffic stop early Thursday, St. Helena police found this weapon, described as a short-barreled semi-automatic rifle with its serial number filed off.

Police say they found this bulletproof carrier vest during a traffic stop.