Even though it’s 10 months before 2020 Auction Napa Valley, the Napa Valley Vintners members and staff have been meeting since April. Also on its current agenda is ANV for 2021.

Auction Napa Valley, the four-day fundraising event that supports a variety of community health and children’s education nonprofits, is a celebration of wine, friendship and giving back. It draws people from around the world for a celebration one New York-based publication called “the most fun charity party in the wine world” (Town & Country) and Elin McCoy from Decanter described as “one of the most fun wine parties in the world.”

The celebration is not presented without a tremendous amount of effort, honed over years, by the NVV’s 520 members (90 percent of whom participated in 2019 ANV), 500 volunteers and the NVV staff. Let’s be clear. The event wouldn’t happen without the vintners donating their wines and hospitality. Both draw the world to the Napa Valley in early summer each year.

This year, the Napa Valley Vintners, a nonprofit trade organization based in St. Helena, hosted 3,400 guests over the four-day period (Thursday, May 30 through Sunday, June 2). The event included:

- Welcome parties and dinners, held both Thursday and Friday throughout the Napa Valley, hosted by individual vintners;

- Sunday’s farewell brunch held this year at St. Helena’s Wheeler Farms, the venture owned by next year’s ANV chairs: Bart and Daphne Araujo and their children, Greg and Jaime of Accendo Cellars.

This year’s event was 39th. Since it began in 1981, the Napa Valley Vintners has donated more than $185 million to Napa Valley nonprofits providing health and children’s education.

Neeraj Singh is the ANV volunteer coordinator. He started volunteering in 2010 and a few years later, got promoted to a Green Captain, where he was one of 30 volunteers working to improve the compost numbers at the event, particularly at Friday’s barrel auction. This year, on May 31, there were 26 culinary booths, providing a wide variety of food, served on compostable bamboo plates with compostable bamboo forks.

The volunteers don’t necessarily have the same job each year. “There are 20 different jobs, from social media to garbage pickup, check in to helping with the foods,” he said. “One of the things I’ve had to do in the past couple of years is to provide the best customer service to our volunteers from the moment they arrive.” He adds he welcomes them as they arrive, whether by bus or shuttle. “I feel that if we do a good job with that, if we bring the energy the moment they arrive, hopefully that carries with them through whatever shift they are doing.” That care continues through the day, including to the volunteers’ meals, he added.

Food at the Barrel Auction

“The big goal of the Green Team is we try to make our event as sustainable as possible. That includes everything — from how we handle our guest flow, getting more people on shuttles, down to the packaging and diverting waste from the landfill,” and making sure as much of the waste is composted or recycled, King said. With 100 wineries pouring in the marketplace that means glass bottles, corks, capsules and cardboard are all recycled.

“As a consumer, we make it easier for you, because when you walk up to the three different receptables – recycling, compost and garbage – and you have a plate of leftover food with a compostable fork, a compostable napkin and a compostable plate, it all goes into one bin.”

There’s a small garbage can and a recycling bin. “All of these measures are put into place in advance to make sure the materials coming into the event and leaving the event are the highest level of compostable and recyclable material possible,” King said.

Upper Valley Disposal takes care of the recyclables, compostables and waste. Over the past few years, 90 percent or more of the products from the event are “going somewhere other than a landfill,” King said. “Our goal is to be 95 to 100 percent diverted from the landfill.”

Additionally, they don’t use single-use plastic; instead, they hand out plastic bottles that are made from 100 percent post-consumer product. The water filling the bottles, too, is locally sourced, within 100 miles of the Napa Valley, to reduce the carbon footprint of the event.

An example of the detail required – and what is in King’s notebook – is the handling of the wine barrels for Friday’s barrel auction.

Each barrel is delivered at a specific time on Wednesday. Volunteers will check the wine and the bill of lading. Other volunteers will use forklifts to remove the barrels from the truck, bring them into the auction room and place them in the right location. Another team goes through the barrel room, making sure everything is lined up and ready for Friday.

“We have a team that comes through on Thursday, making sure all the bungs are still in place, because of the temperature variations between the cellars and trucks, the bungs can pop,” King said. After the wine is served on Friday, the same team goes through and checks the bungs on Saturday and Sunday. The barrels go out on Monday.

“Right now for 2020, we’re working on confirming the location of the Friday Barrel Auction,” Leonards said. “As amazing as Martini was (for 2019), we don’t want it at one place, we want to move it around.” She added, the event location changes to keep the Barrel Auction “fresh and exciting.” Additionally, she added, “The publicity and attention that the venues receive from hosting the event are amazing and we’re wanting to share that love with multiple wineries.” She added there are five or six wineries large enough with an indoor space for the wine barrels and an outdoor space for the marketplace.

Additionally, the NVV staff have had several meetings with the Araujo family and are confirming the steering committee members. “The success of the auction really comes down to having that steering committee in place,” Munson said. “This is also the time to start on our bidder cultivation, following up with past successful bidders and also working to bring in new and potential bidders.”

Steering committee meetings will be held every other month starting this month and will continue through May. Additionally, the chairs of the different subcommittees, for example the Friday barrel auction, will meet with their members to get work done.

The 2020 Auction Napa Valley celebration will be held June 4-7.

ANV by the numbers

-100 wineries in the marketplace

-Volunteer shifts from 9 a.m. to midnight

-40 media guests from all over the world

Auction Napa Valley, the Napa Valley Vintners’ celebrated charity wine event, has extended its reach to the fingertips of anyone from anywhere…

Auction Napa Valley has doled out an astounding $185 million for health care and other services for the neediest among us, but its most import…

More than $46,000 was raised for 19 Ag Mechanics projects and a collaborative three-liter bottle of 2018 Zinfandel during the St. Helena Ag Bo…

Half of all moviegoers are women, but only four of the 100 top-grossing films of 2018 were directed by women.

1899 — At age 12, Louis M. Martini travels from Genoa, Italy, to the United States to join his father in San Francisco. 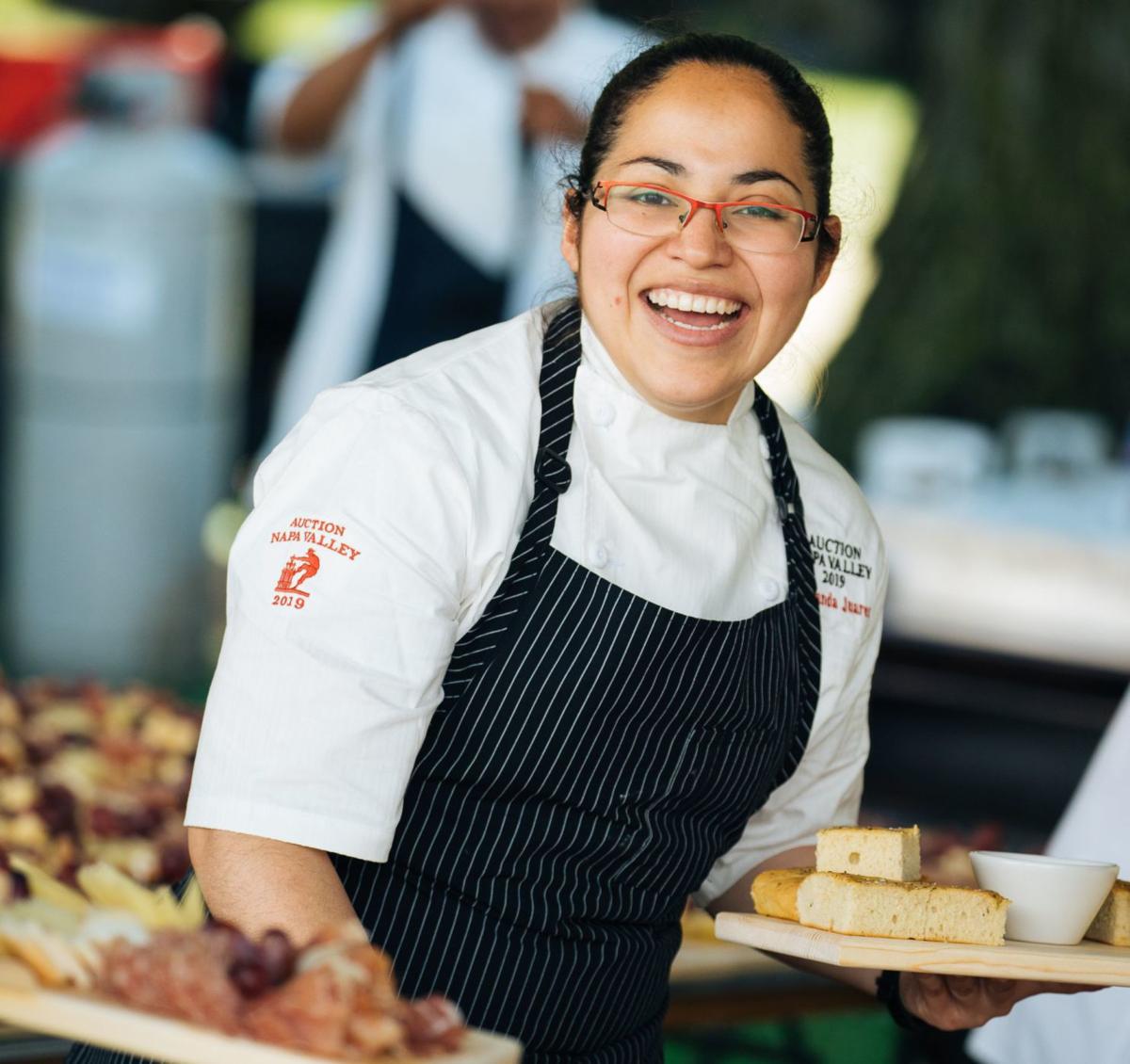 For Auction Napa Valley, two complete kitchens are created on the golf course at Meadowood Napa Valley in St. Helena. One is for the dinner service, the other is for appetizers and food during the live auction. 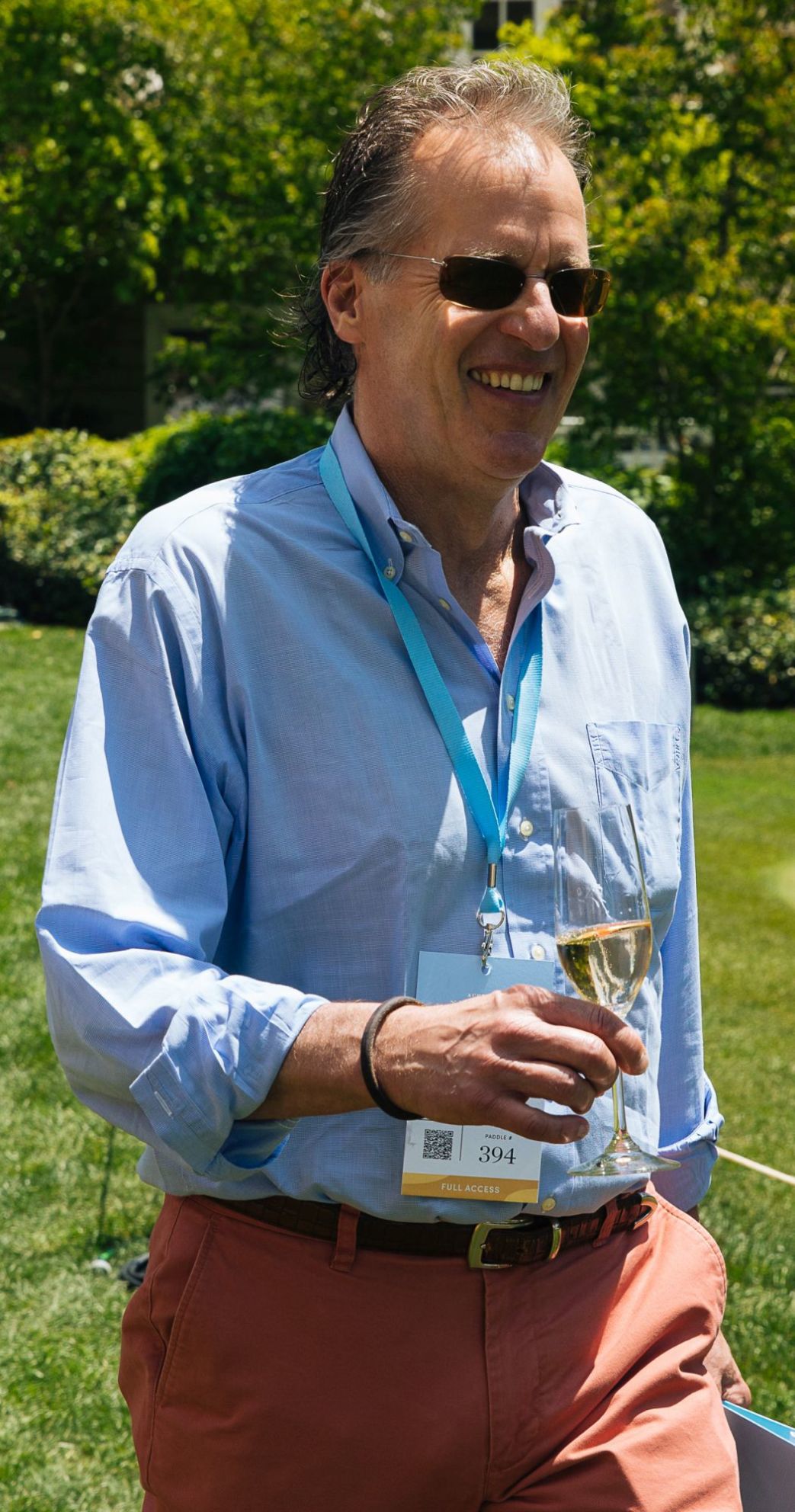 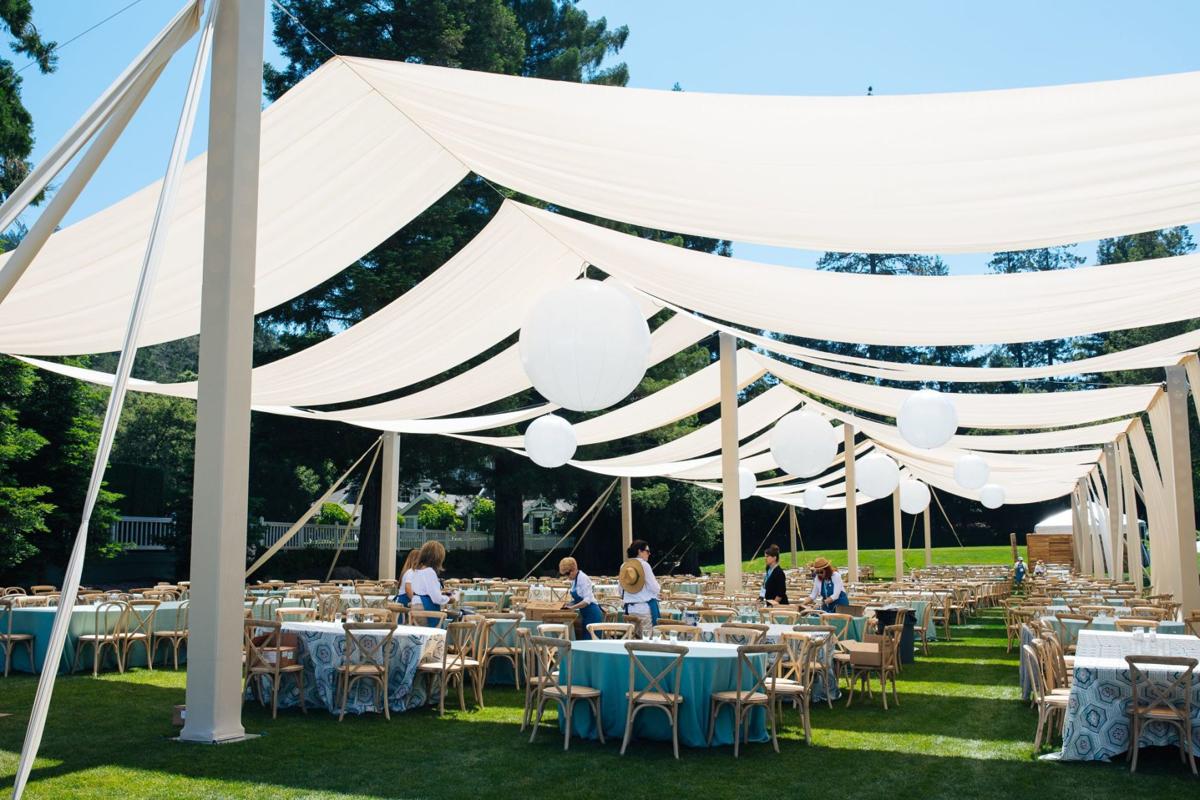 A group of volunteers gets everything ready at Meadowood Napa Valley Resort prior to the beginning of the 2019 Auction Napa Valley. 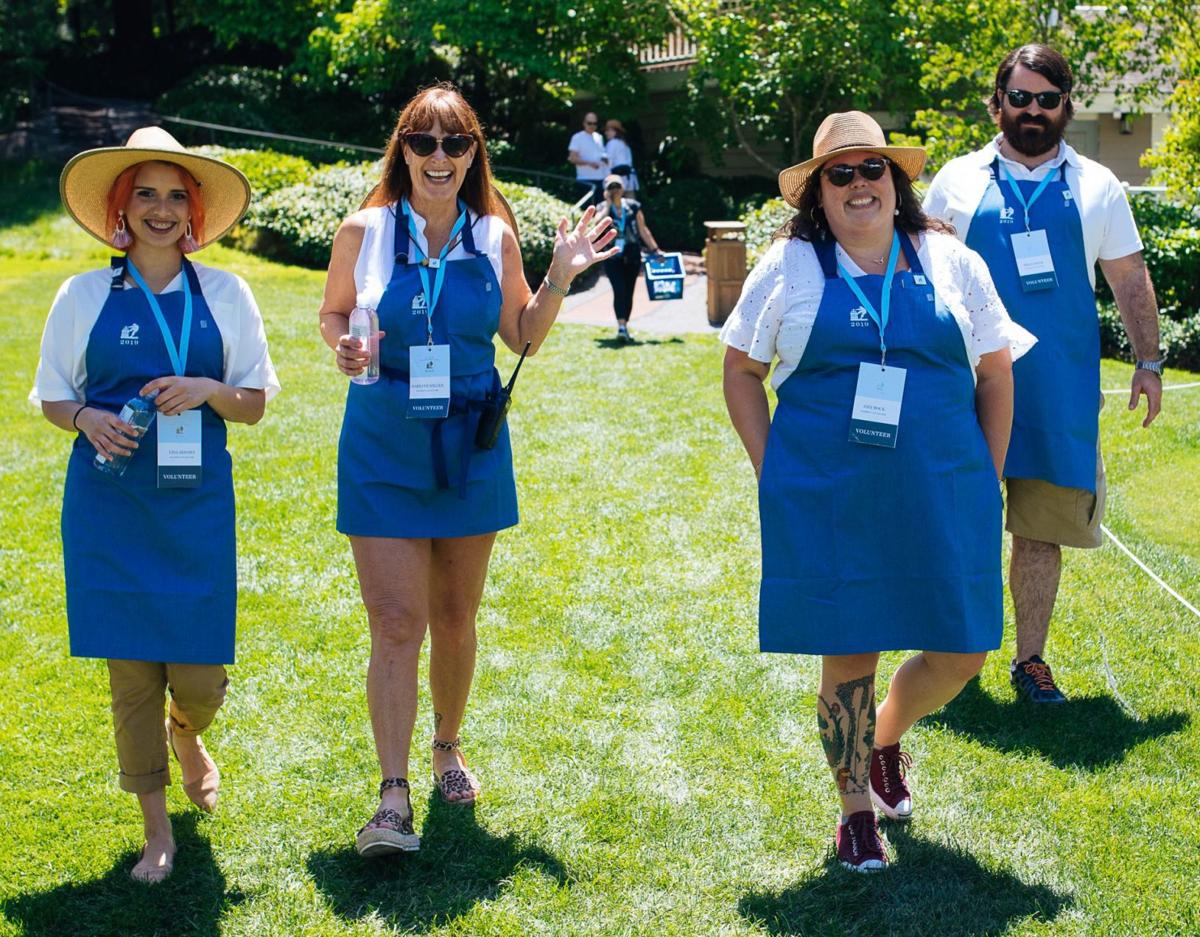 Ready to start their Auction Napa Valley volunteer shifts and lend a hand at Meadowood Napa Valley are, from left, Lisa Akrawi, Darlyne Miller, and Amy and Brian Bock. 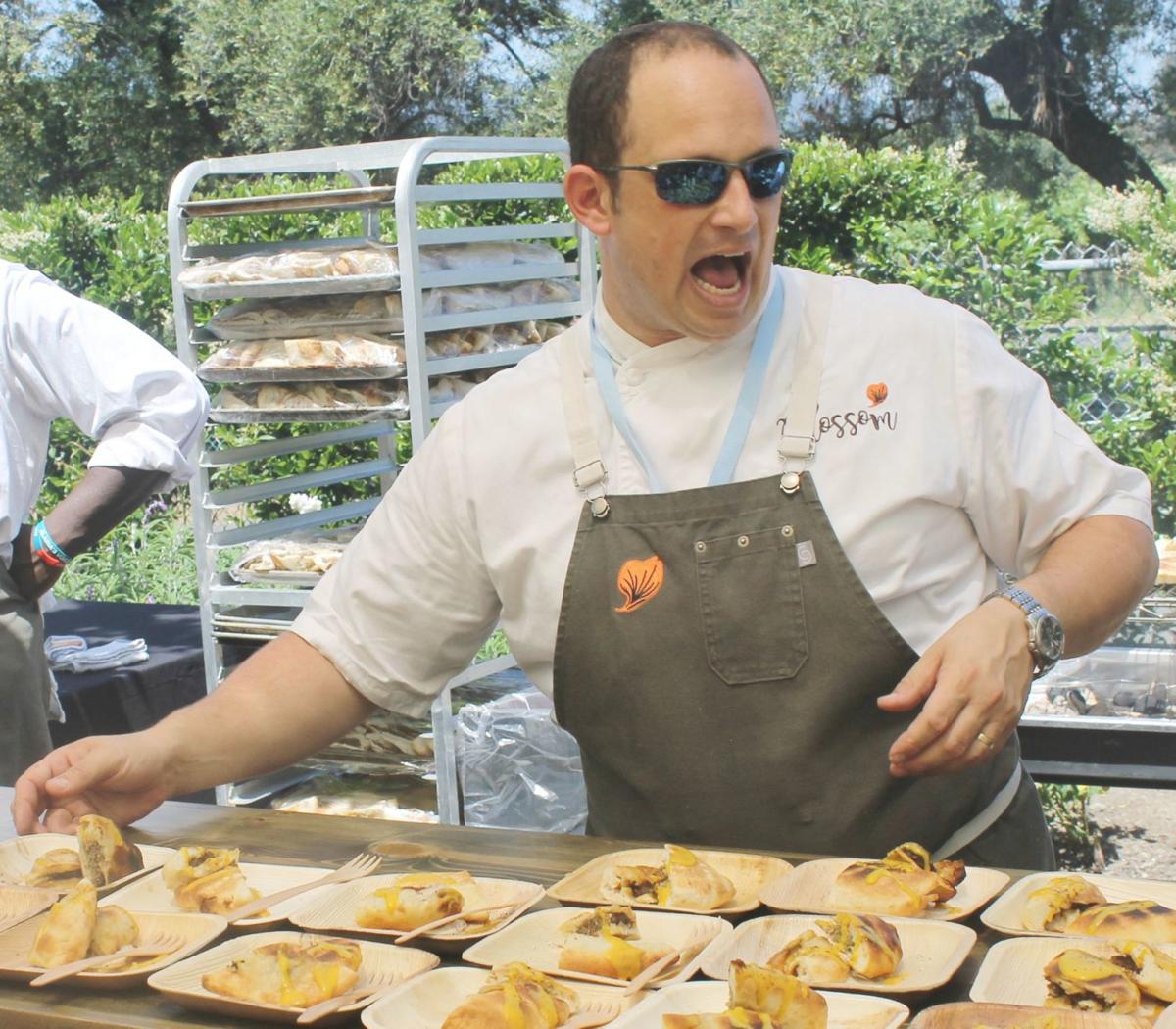 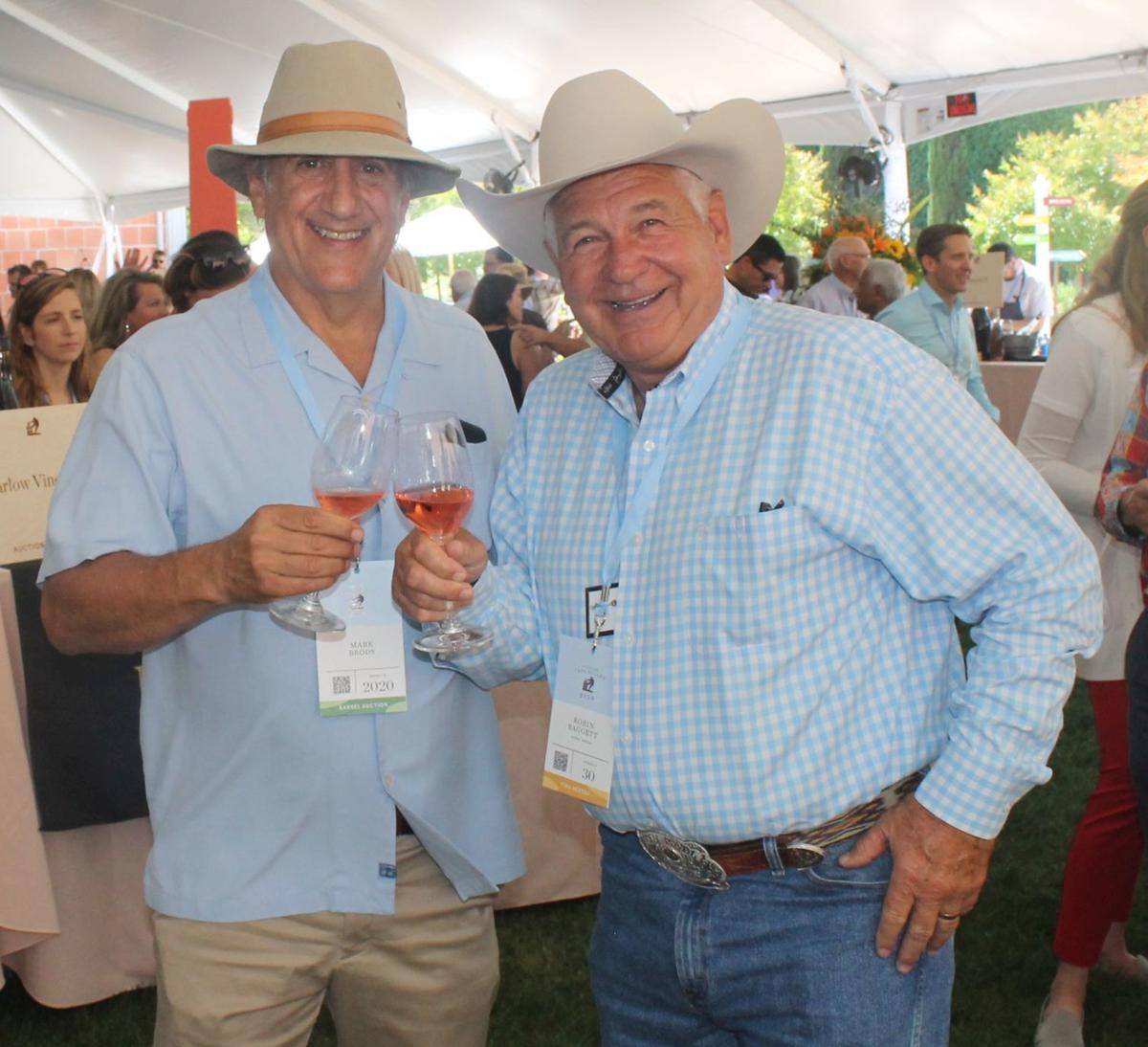