When Cal Fire resources were stretched thin during the early days of the LNU Lightning Complex fires, virtually the only things standing between the flames and the villages of Pope Valley and Angwin were bone-dry timber, brush and phalanxes of bulldozers that stopped the fire in its tracks.

After lightning strikes ignited fires throughout eastern and northern Napa County, volunteers and paid dozer operators began to gather in Pope Valley, which was caught in a pincer movement by the Aetna Fire to the north and the Hennessey Fire and Spanish Fire to the east.

Many of them live in the area, and nearly all had friends, family or loved ones in the fire’s path. Many were retired or active firefighters. A few were retired dozer operators eager to lend their skills and knowledge of the terrain.

The biggest concern was the Aetna Fire. If it got past them, it would have had a straight shot up Schwartz Canyon into Angwin and then down into St. Helena’s Bell Canyon watershed. Or, if the wind changed, it could charge west toward Calistoga.

“It would have been impossible to stop,” said Davie Piña, co-owner of Piña Vineyard Management.

The Piña team was just one of several that took the initiative that week. Jeff Parady of Pope Valley led a team that fought to keep the fire north of Aetna Springs – and away from Parady’s own home – when it first attacked on Wednesday. The Eakles and Hardins used dozers and water trucks to cut off the Hennessey Fire and the Spanish Fire from the other direction. The Pridmores, Wheelers and Boystons fired up more heavy equipment to protect Capell Valley.

“Without the combined forces of a bunch of good old boys and a bunch of equipment, the outcome probably would have been a lot different,” said Davie Piña’s business partner, Johnny White.

Fires are nothing new to White, whose Pope Valley home has been threatened by four fires in the last 11 years. He called in the company’s dozers and water trucks to doze rings around his house and those of his neighbors.

“We lost a few houses, but we saved the majority of them,” said Johnnie White.

Piña Vineyard Management assigned five dozers to the Aetna Fire and two to protect Chappellet Winery and its Pritchard Hill vineyards from the Hennessey Fire.

What began as a targeted effort to protect homes and specific vineyards that contract with Piña Vineyard Management, like Chappellet and the Mondavi Oso vineyard, became more ambitious.

“On Friday morning I called Davie and some of the guys who were sitting around having coffee in our office,” Johnny White said. “I said, ‘OK, if we don’t do anything, it’s going to take out a lot of vineyard, come back down into Pope Valley, and possibly go to Angwin. If we do this, we’re going to need to go big.’”

Having dozed roughly 30-foot-wide protective rings — the width of two 16-foot dozer blades – the crew began a 80- to 100-foot-wide firebreak that by Tuesday extended from Aetna Springs Road north to the Table Rock Gun Club in Lake County.

For approximately seven miles – nobody’s taken an official measurement – the firebreak resembles a bare-dirt freeway completely denuded of vegetation. If it worked, it would starve the fire of fuel and prevent it from leaping across.

As the fire approached the first two miles of line on Friday afternoon, a Cal Fire strike team from Humboldt County arrived. They spent the night laying 9,000 feet of hose and setting controlled backfires, further starving the oncoming fire of fuel. The fire snuck across the firebreak near Aetna Springs Road, but it never made serious progress beyond the line.

The Piña crew entered “rough, nasty country” on Saturday, slowing their progress, Johnnie White said, but they were able to reach the top of Aetna Springs Road. Meanwhile, air tankers, including a 747, dropped retardant to reinforce the line.

Most of the crew had firefighting experience, so they had spotters watching the fire and making sure the dozer operators were safe.

That’s not to say the work was without hazard. Johnnie White remembers Mark Dorman, a retired dozer operator for Harold Smith who was driving point as “pioneer,” threading his way along a ledge that was barely wide enough for his dozer, with a sheer cliff face on one side and a ravine on the other.

“It was pretty questionable whether that first dozer was going to make it,” White said. “One track was starting to hang off the edge.”

While it wasn’t an official Cal Fire operation, the team kept in close touch with Cal Fire. With only one fire engine assigned to patrol the entire stretch between Pope Canyon Road and Snell Valley Road during the first days of the fire, Cal Fire was thankful for the help.

“A Cal Fire division chief came up there and said, ‘I’ve got one engine, and it looks like you guys know what you’re doing. Just keep going,’” Piña said.

On Sunday, the crew reinforced their existing line and extended it up Oat Hill Mine Road to the old Livermore ranch. After a small celebration on Sunday night, at the request of Cal Fire they spent Monday and Tuesday cutting a firebreak from Livermore Road to the Table Rock Gun Club.

“That was the last mission-critical line that needed to be established to protect Calistoga and Angwin,” Johnnie White said.

Meanwhile, vintner Randy Dunn and his daughter, Kristina Dunn Buchanan, rounded up a team of volunteer dozer operators to cut about three miles of line closer to Angwin. Thanks to the efforts in Pope Valley and Aetna Springs, the fire never reached that line.

After Buchanan put out a call on Facebook, “They just came in,” Dunn said. “There was never any mention of money.”

Buchanan mounted a GoFundMe campaign that’s raised over $26,000 to pay back the volunteers.

Piña said Cal Fire plans to reimburse his squad for the cost of their time and their fuel, deeming the dozer crews an “emergency hire.”

“It’s in our blood,” said Piña. “We’re all current or former volunteer firefighters, and there was nobody else out there.”

Faced with a mandatory evacuation order, one Hidden Valley Lake man who lost his home in the Valley Fire has decided to stay put.

The Boys & Girls Clubs of St. Helena and Calistoga ramped up their meal program during the fires, with help from chef José Andrés' World Central Kitchen.

Cal Fire records show Napa County hasn’t had a fire the size of the Hennessey Fire since at least 1932.

Hubcap Ranch and the historic Aetna Springs resort are among the remote, east Napa County survivors of the massive Hennessey Fire. 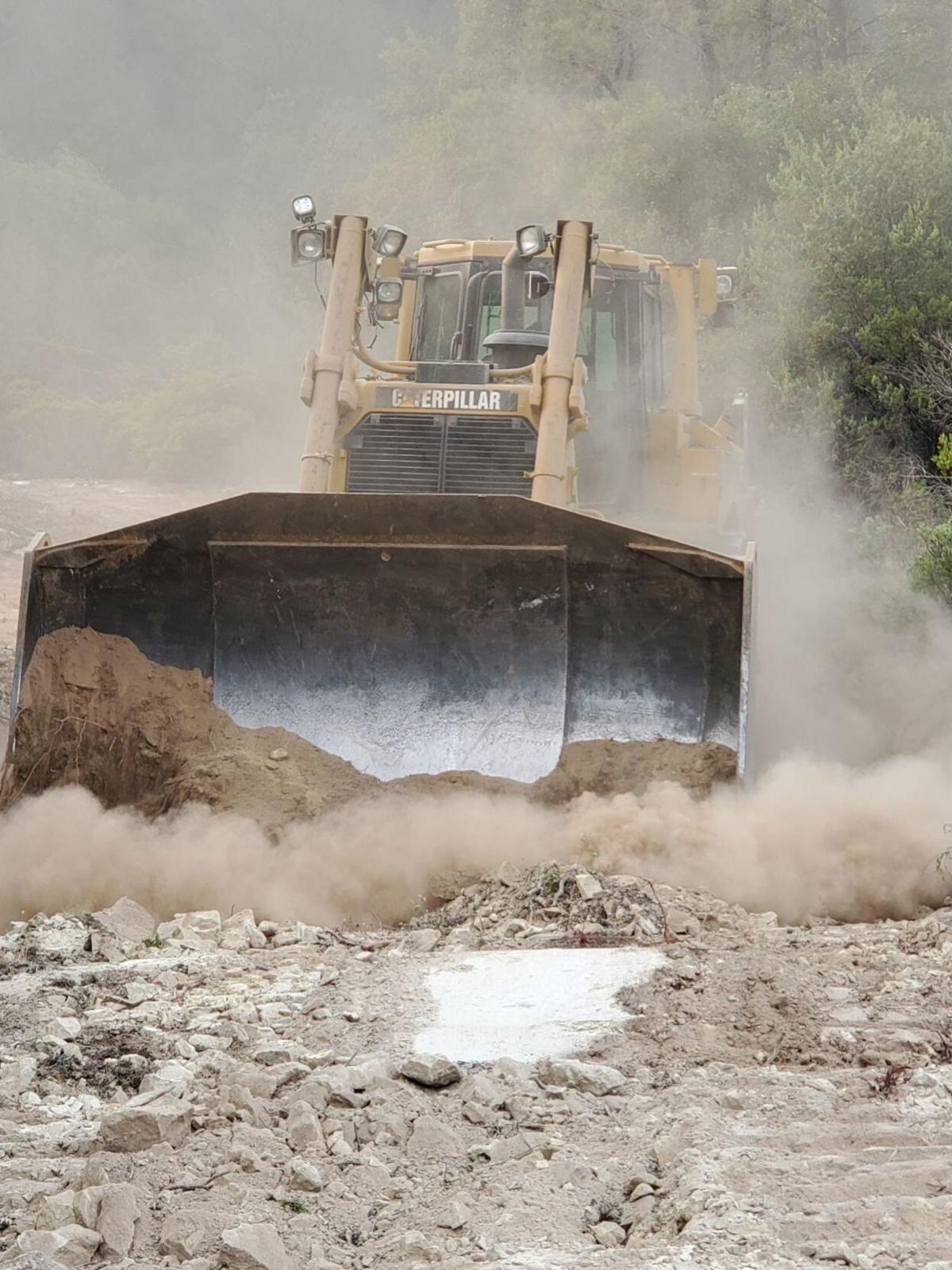 A bulldozer cuts a firebreak in northern Napa County. 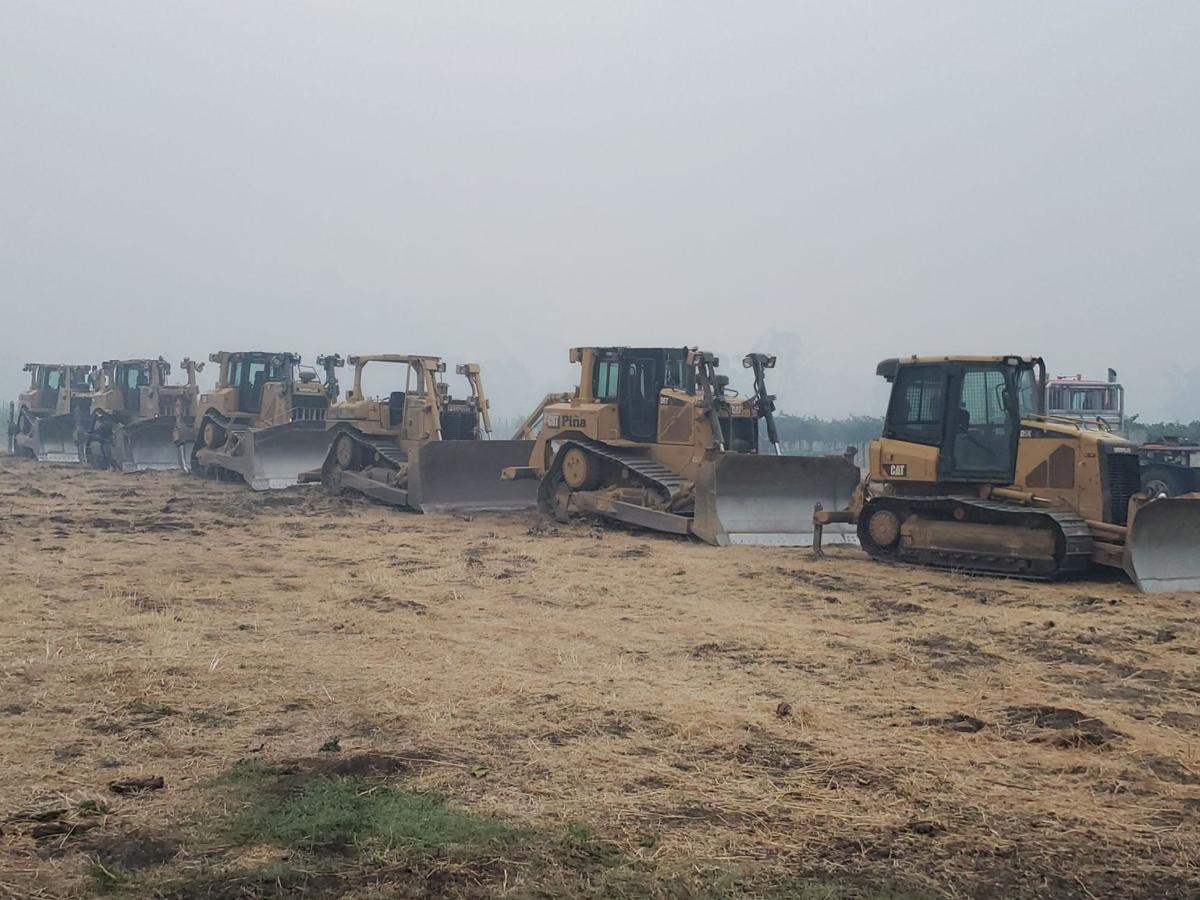 Dozers from Piña Vineyard Management line up on the morning of Saturday, Aug. 22. 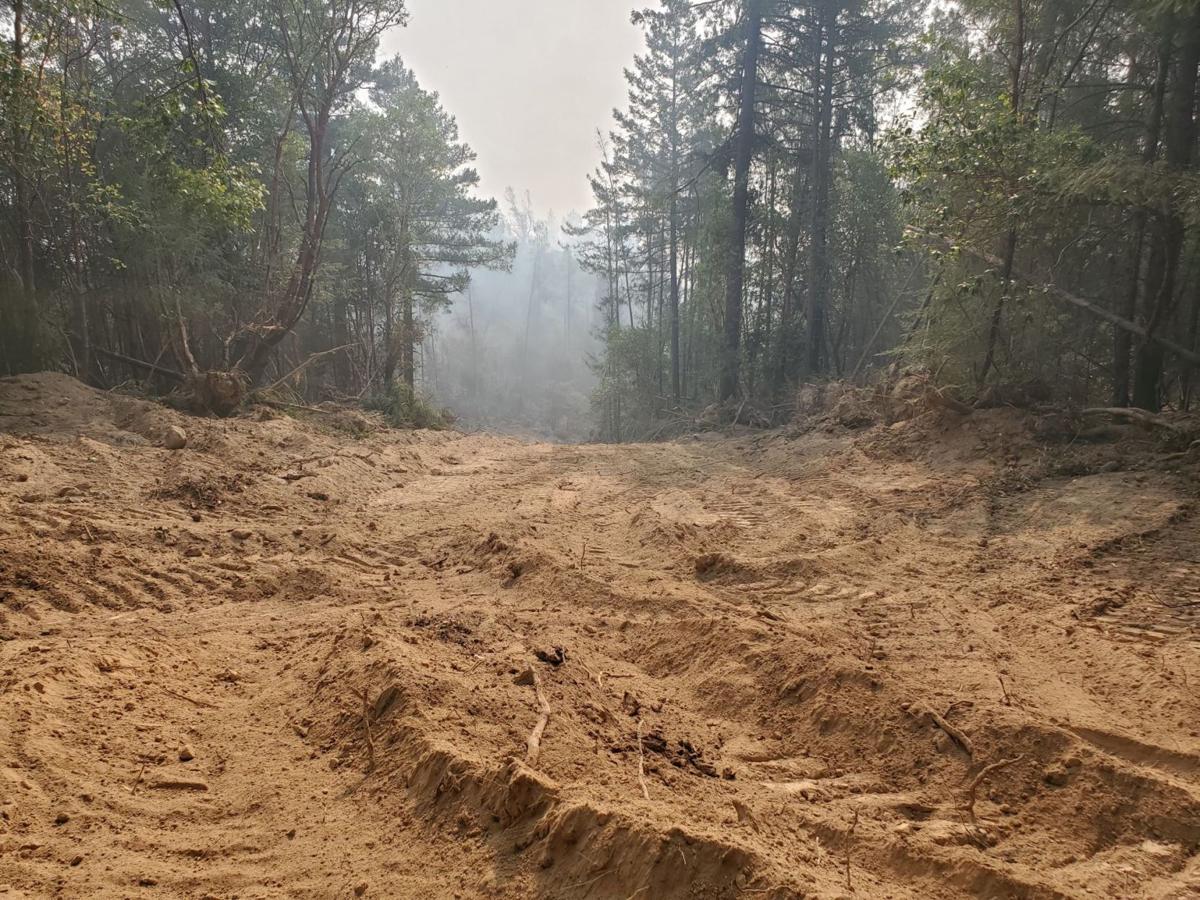 A completed segment of the approximately seven-mile-long fire line extending from Aetna Springs Road to the Table Rock Gun Club in Lake County. 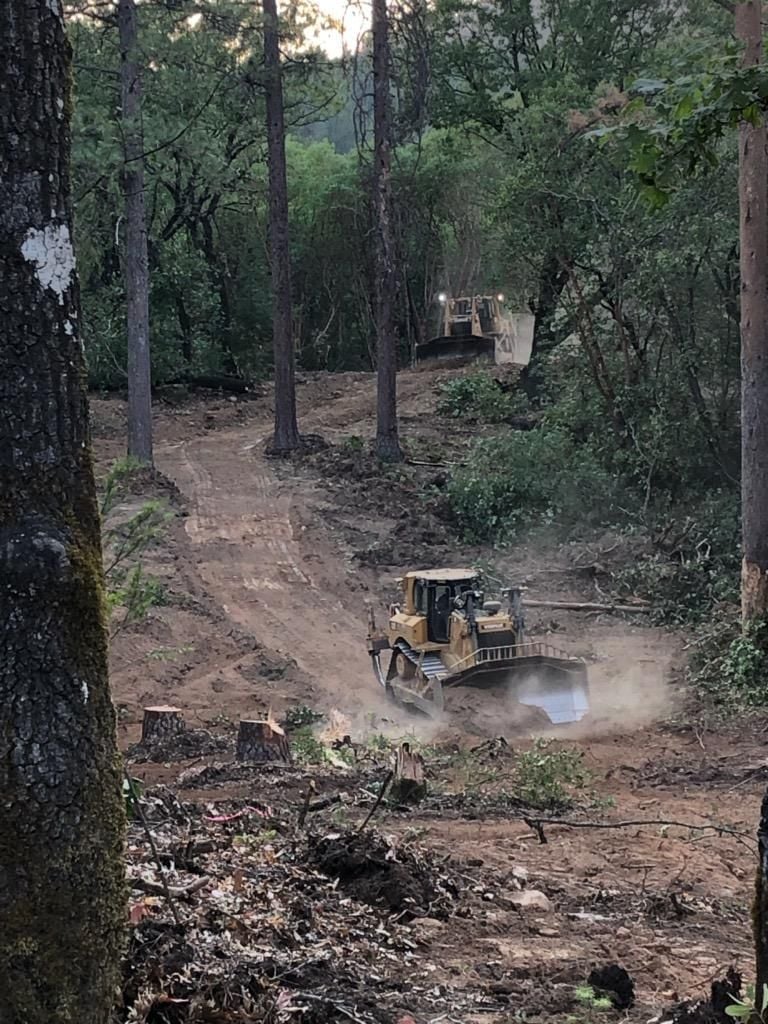 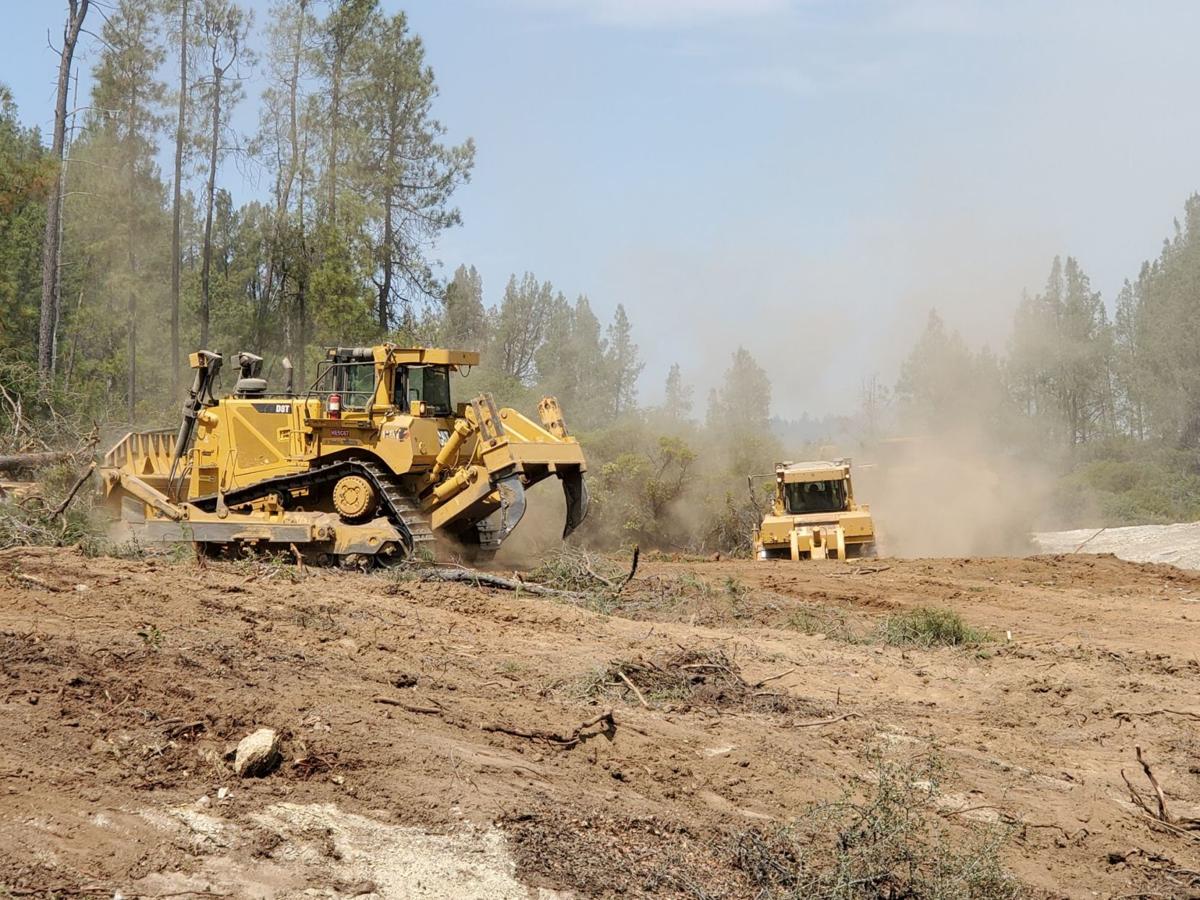 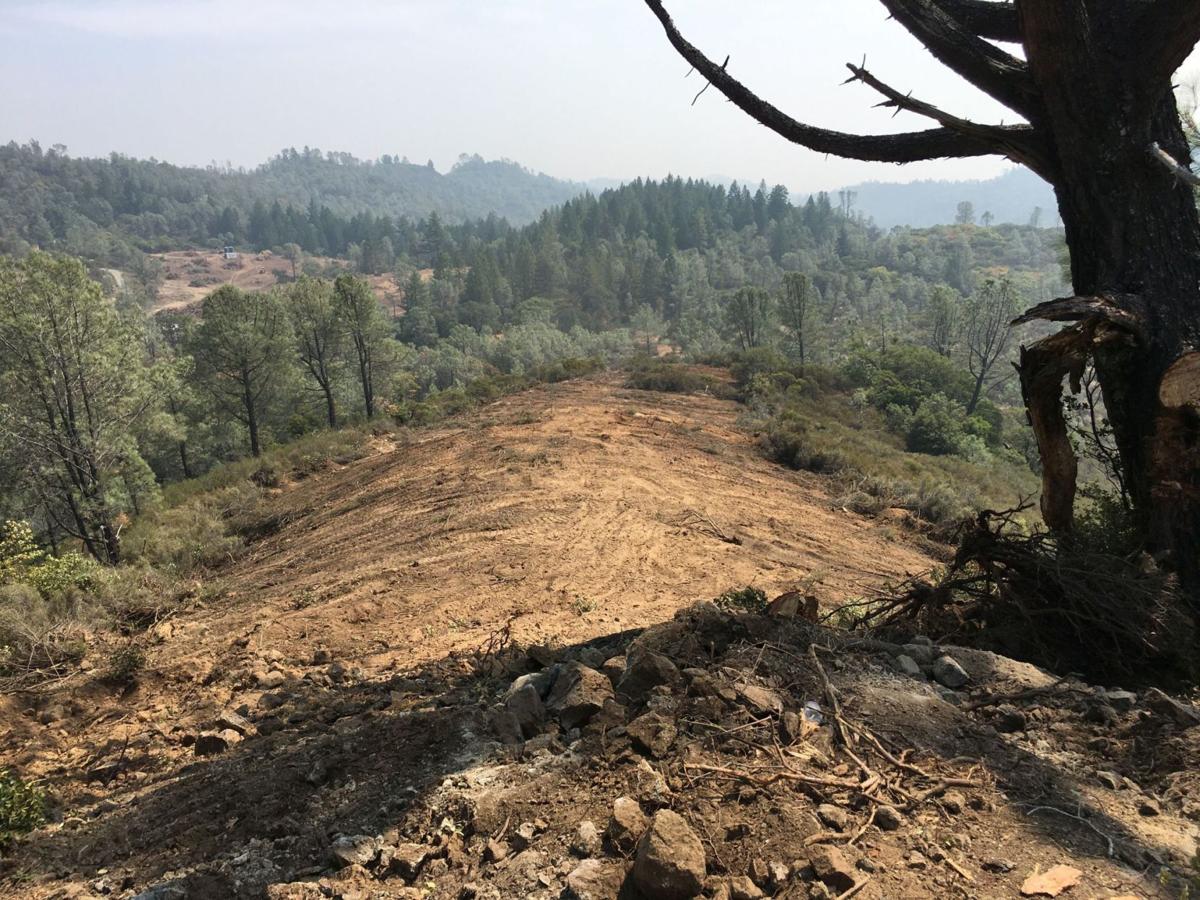 This fire line was cut to protect Angwin during the first week of the LNU Lightning Complex fires.