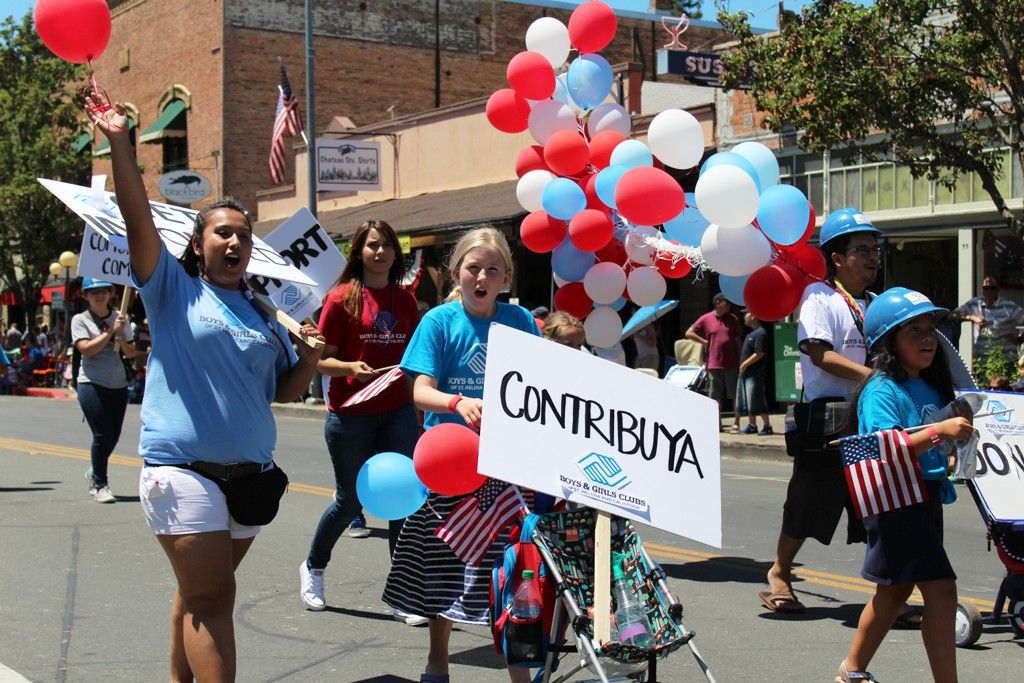 Children from the Boys & Girls Club of St. Helena and Calistoga paraded down Lincoln Avenue in 2015 holding patriotic-colored balloons and signs about the club written in Spanish. 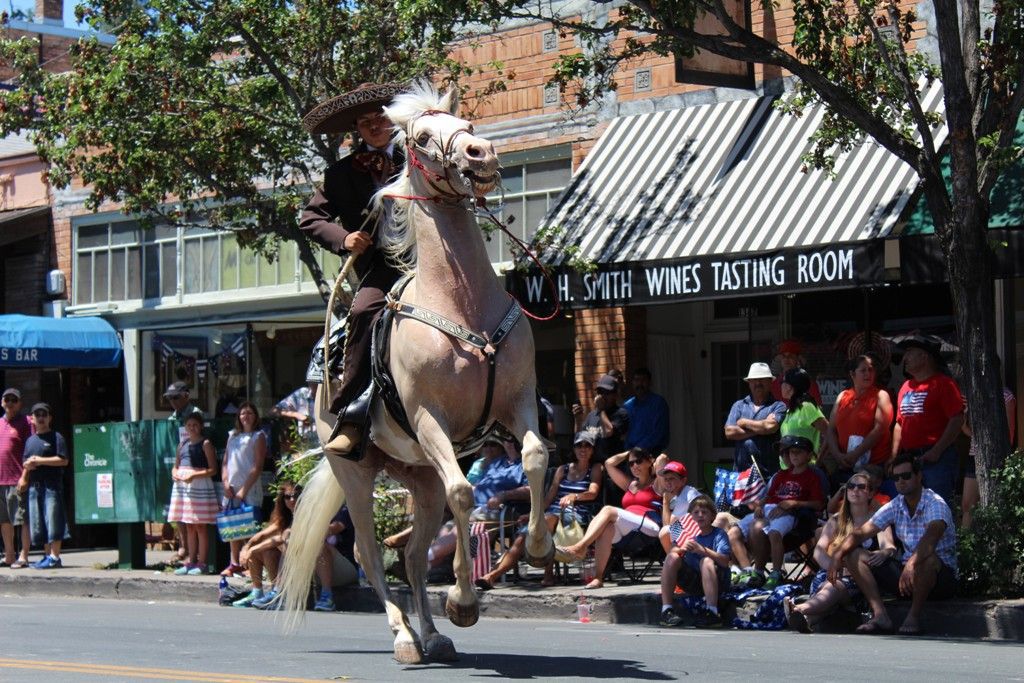 Dozens of horses marched down Lincoln Avenue during the Napa County Fair’s Fourth of July Parade in 2015. 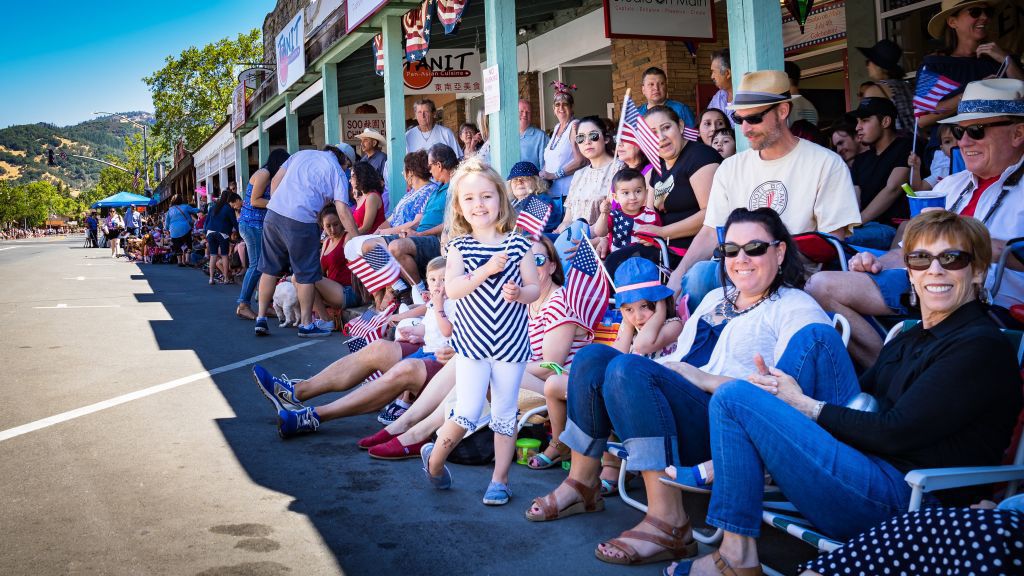 Parade lovers pack the sidewalks of downtown Calistoga for the Fourth of July parade. Dozens of folding chairs were placed along the parade route the day before the parade to hold the prime viewing spots. 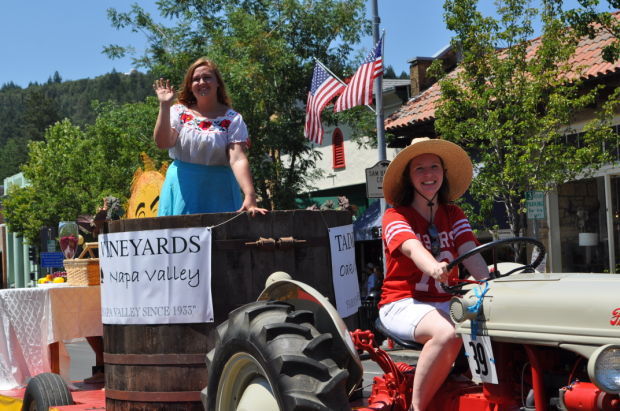 The Silverado Parade 2013 makes its way along Lincoln Avenue. 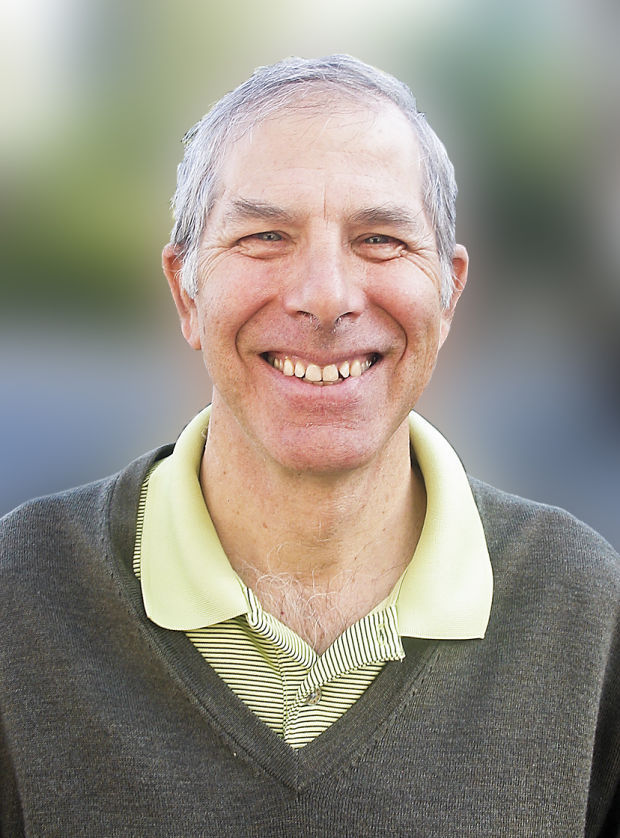 I’m sorry, it’s not summer. Not really. I know, the calendar says summer started on June 20. It’s certainly hot enough, with temperatures in the mid-90s in most of the Upvalley. But it is not summer, because there are no parades.

Every year, I mark the passage of summer by the number of parades. In the past, if I didn’t get to at least one, I felt cheated.

In summers past, the parade season started with Memorial Day and the Lower Lake Daze Parade. It was held at the same day and time as the start of the Indy 500, so that was a problem – I wanted to watch the best drivers in the world go around the Indianapolis Speedway — but I opted for the parade. I usually had to cover it for a newspaper.

It was usually hot, so the water sprayed on the crowd by the comic team of the Lower Lake Fire Department was welcome … mostly. And, there was always a group of young boys who brought squirt guns to fight back … but sooner or later, they had to realize a firehose will beat a squirt gun any day of the week.

June brought Middletown Days, which was held the third weekend of June. The event was two days, including a Saturday morning parade, a big barbecue lunch at Central Park and gymkhana events, like barrel racing and calf roping, at the dirt horse arena. Those events showed the skill of riders and their horses.

Saturday night a country and western band played on the stage and on Sunday, the Middletown Lionesses hosted a “Fathers’ Day” pancake breakfast. After a cowboy church service, there were more events showing off the skills of horses and riders.

Saturday’s parade was typical: People lined both sides of the street, trying to find a shady spot to watch. There were many, many horse entries, including youngsters from the long-time area families; a group of Model A cars from Clearlake; the Shriners in their funny go-karts; youngsters on decorated bicycles; and the commercial entries, which usually included big heavy-duty trucks. Leading off the parade was the South Lake County Fire Department and all its engines.

Each year, people line up on both sides of Lincoln Avenue for the parade, and on July 3 people started to put chairs on the sidewalks to mark their spots. Hundreds and maybe thousands of people attended the parade.

Last year, the parade began at Lincoln Avenue near the Calistoga Inn – the entries were lined up on Cedar Street – and marched down Lincoln past the reviewing stand – parade entries are judged, don’t you know – at Washington Street and headed down to Cal Mart, where the parade turned onto Fair Way. In years past, the parade ended at the Fairgrounds, where a ribbon was cut, opening the Napa County Fair.

More than 30 years ago, the Weekly Calistogan staff, which included me, participated in the parade. I drove an old flatbed truck with a large gang of people on the back. That was the only time I was in the parade, and I enjoyed it.

Another memory was from several years ago, when I joined Mike Hardy and a few others from Rianda House as volunteers for the Napa County Fair. My job was to sell tickets. Now, I usually don’t handle cash, so I was worried about the assignment. But, much to my surprise and to the surprise of my boss, a member of the carnival management, my cash drawer was exactly right at the end of the night … she said that never happens, there usually is a discrepancy of a few pennies, nickels and quarters.

This year, though, because of the worldwide coronavirus pandemic, there will be no Silverado Parade, no Fourth of July events at the fairgrounds and most discouraging, no fireworks to light up the night sky, either in Napa, St. Helena or Calistoga.

Darn it … to me, it just doesn’t feel like summer.

Napa Journal: They want to sample my vital fluids

Annual lab tests are a big deal for City Editor Kevin Courtney. The sticks aren't so bad. It's the results he worries about.

Simple & Sassy: Botanical blunders and other opportunities for personal growth

Columnist Samie Hartley has decided to spend the pandemic working in her new garden. Yes, she's killed a few plants, but that's all part of the learning process.

Getting to know the neighbors

Working from home has given Editor Sean Scully a rare chance to watch the doings in his back yard.

Let's hope we get this right

Editor Sean Scully reflects on the violence of last weekend and Napa's response to it.

From the Editor: Way ahead of the sourdough curve

Editor Sean Scully has been on Team Sourdough since long before we were all locked down in our kitchens.

Napa Journal: The virus made me an alpha male

City Editor Courtney talks about his chances of becoming an alpha male during the pandemic.

How it looked back then

A happy ending has a way of buffing the edges off of painful earlier memories, editor Sean Scully

The Advising Dean: Continuing the challenging conversation on race

Conversations about race are difficult, but needed. As Americans we can examine our biases and change ourselves or not.

Even though the COVID-19 coronavirus pandemic has closed Rianda House Senior Activity Center, there's still plenty going on for older adults, including exercise classes via Zoom.

Children from the Boys & Girls Club of St. Helena and Calistoga paraded down Lincoln Avenue in 2015 holding patriotic-colored balloons and signs about the club written in Spanish.

Dozens of horses marched down Lincoln Avenue during the Napa County Fair’s Fourth of July Parade in 2015.

Parade lovers pack the sidewalks of downtown Calistoga for the Fourth of July parade. Dozens of folding chairs were placed along the parade route the day before the parade to hold the prime viewing spots.

The Silverado Parade 2013 makes its way along Lincoln Avenue.