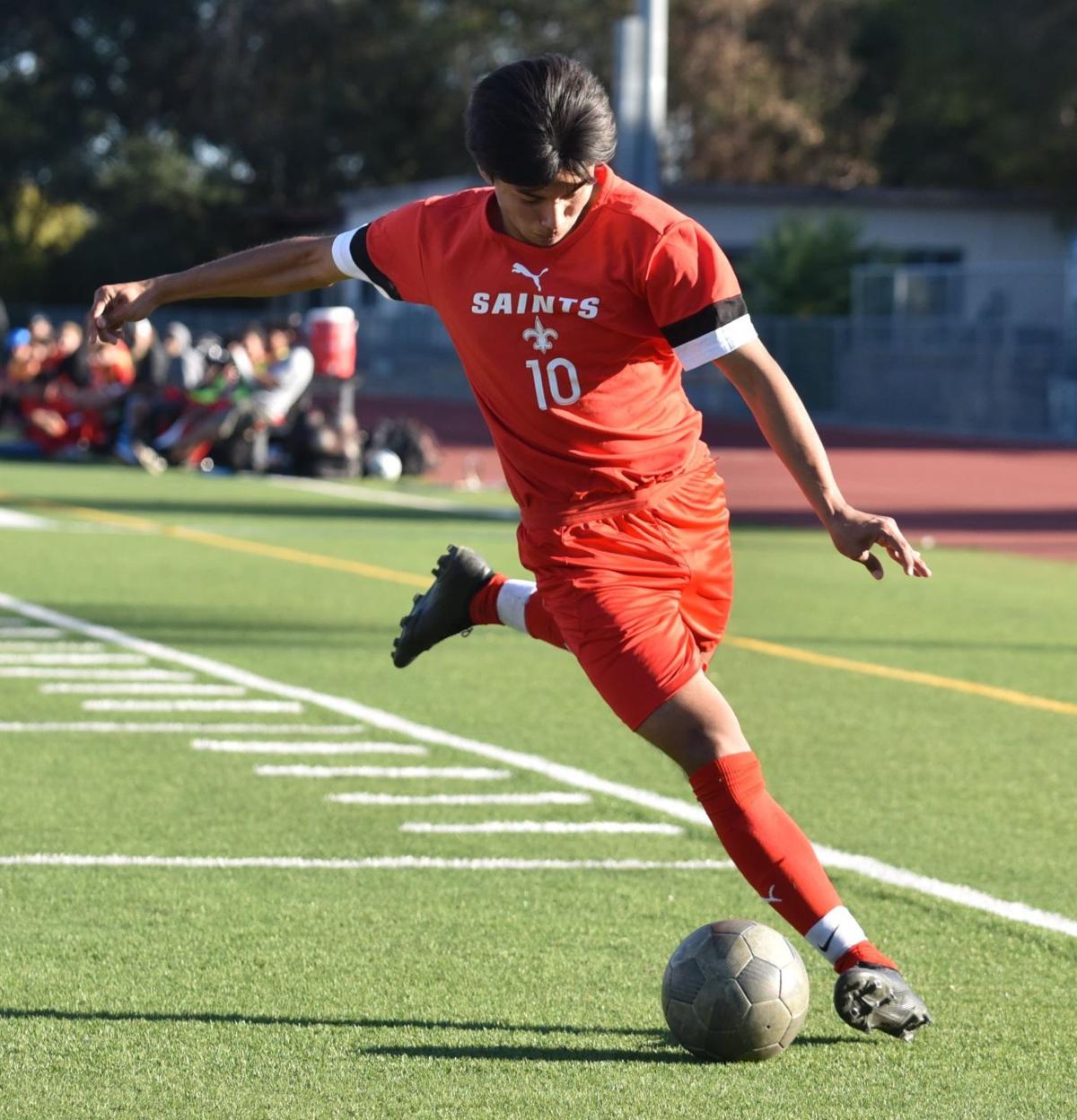 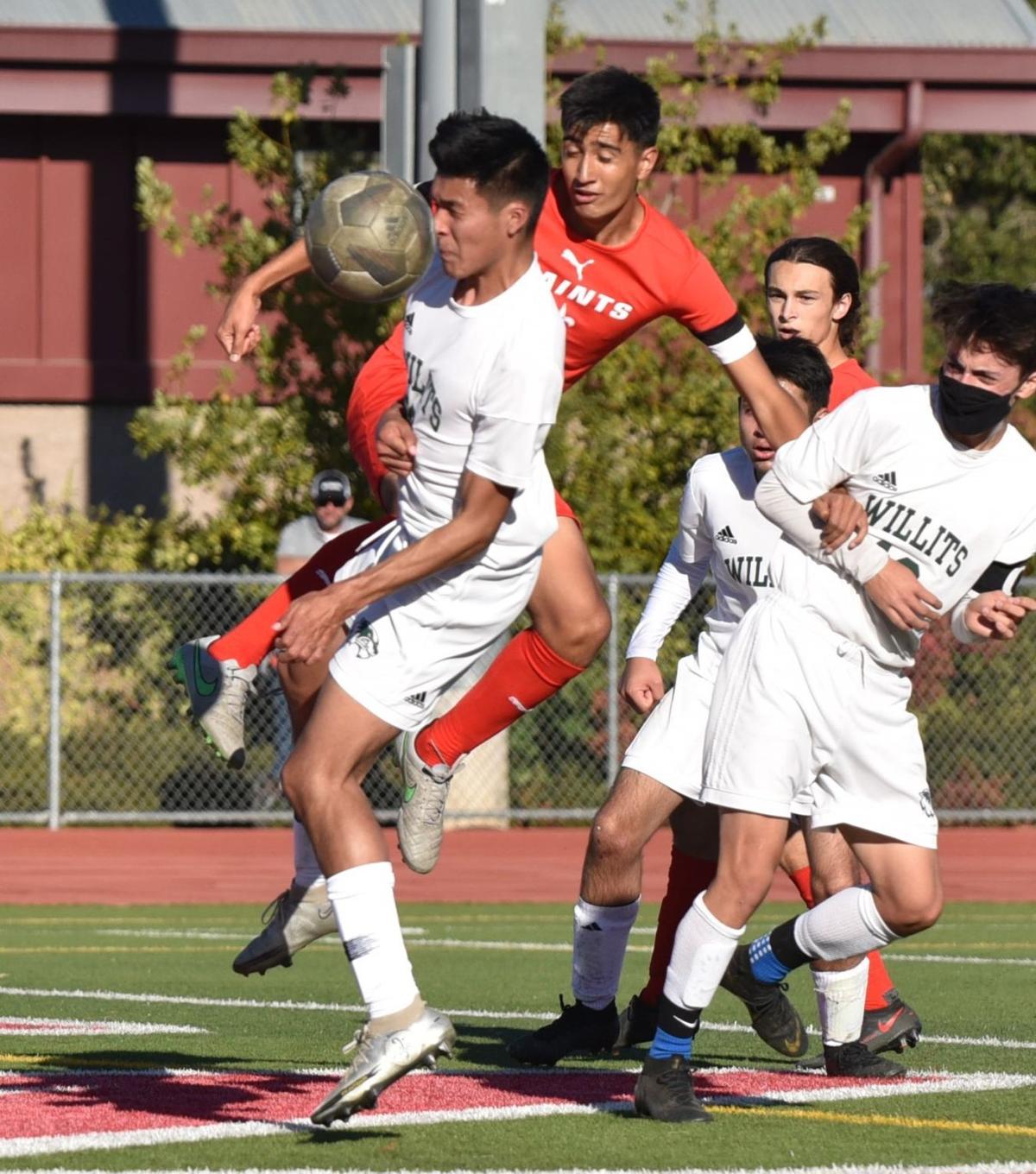 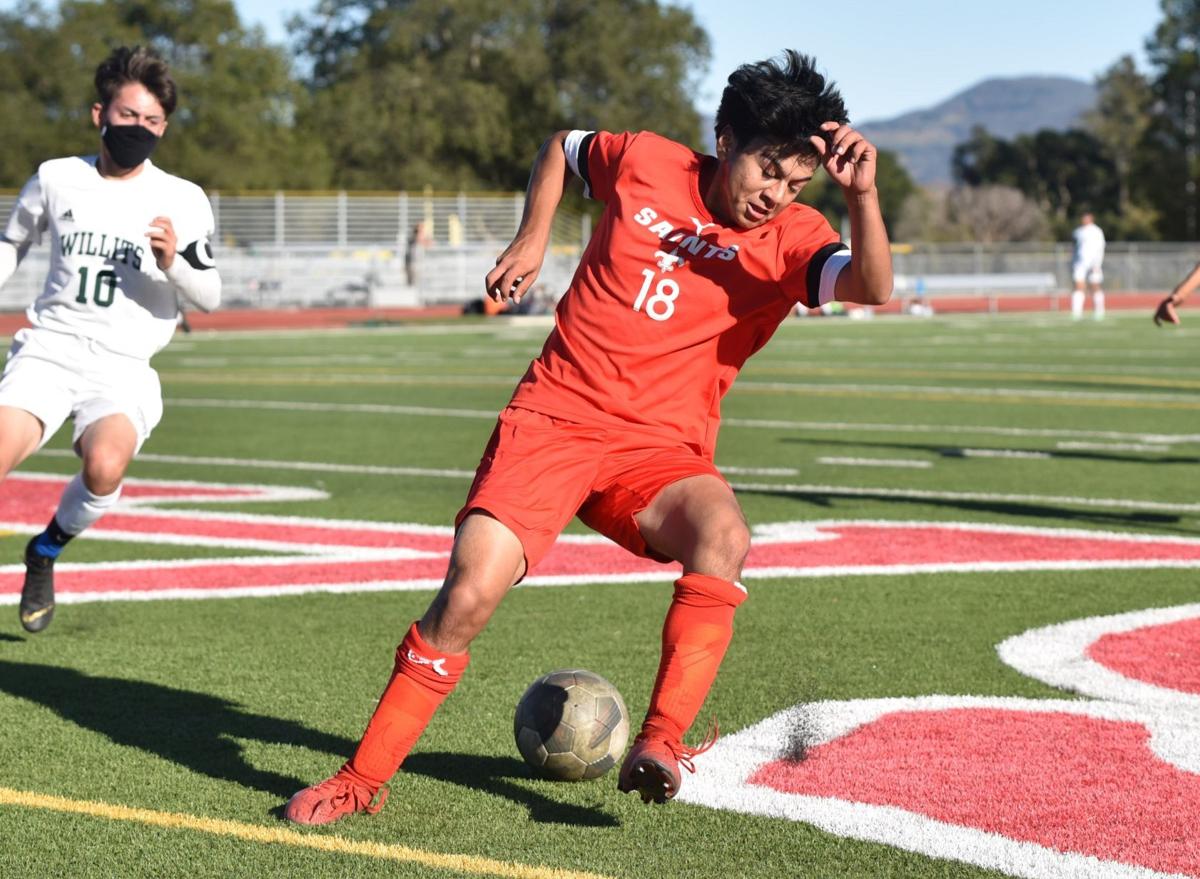 Once you’ve scored four goals in a soccer game, it must not be as mind-blowing the second time around — not for St. Helena’s Aaron Cruz, anyway.

After pulling off his second double brace of the season in last Thursday’s 7-0 North Central League win over visiting Willits, he seemed more interested in how the Saints played as a team.

“It felt good, but it wasn’t the greatest team performance,” he said. “But like my coach was saying, I think once we start passing the ball, once we get our rhythm, we’ll be good against the better teams.”

Leo Rodriguez got in on the act eight minutes into the second half, making it 3-0. Cruz got his hat trick five minutes later. Chris Hernandez scored in the 59th minute, Cruz added his fourth goal three minutes later, and Brandon Diaz capped the scoring with 5 minutes left.

“I think we had a good 70 minutes. I think the first 10 minutes we were (flat),” he said. “But once we started moving the ball, we just never really let them off the hook. We left them flat-footed. That’s where the game really changed. It took us 10 minutes but in this situation, we have to take advantage of that because we’re not going to have those 10 minutes against the better teams.

“I’m a big believer that once we move the ball the way we do, very few teams in our league can actually handle that. It created opportunities today and the game started going our way. Once we had that movement, (Willits) pretty much turned it off. Like I told our guys, if we take 20 shots on goal, one of those shots will go in.”

“Fort Bragg will be a big game,” Gallegos said. “They have always played us tough and I expect them to play us tough this year.”

The Timberwolves led at halftime in last month’s 3-1 loss to the visiting Saints.

“When we went up to Fort Bragg, we weren’t really too sure if they were what they were on paper and we were surprised,” Cruz said, “so I’m excited about playing them again.”

St. Helena Soccer: Saints happy to be in hunt again

The St. Helena High boys and girls soccer teams have playoff aspirations this season despite their leagues shutting down all sports except softball and baseball in 2020-21.

The St. Helena High football team handed out team awards at its end-of-season banquet on Dec. 12.

The St. Helena High wrestling team, with one of its least experienced teams in years, would have benefited most by learning when it hosted one…

The St. Helena High girls basketball team fell to 0-2 in North Central League I play with a 63-35 loss to visiting Clear Lake on Tuesday night.