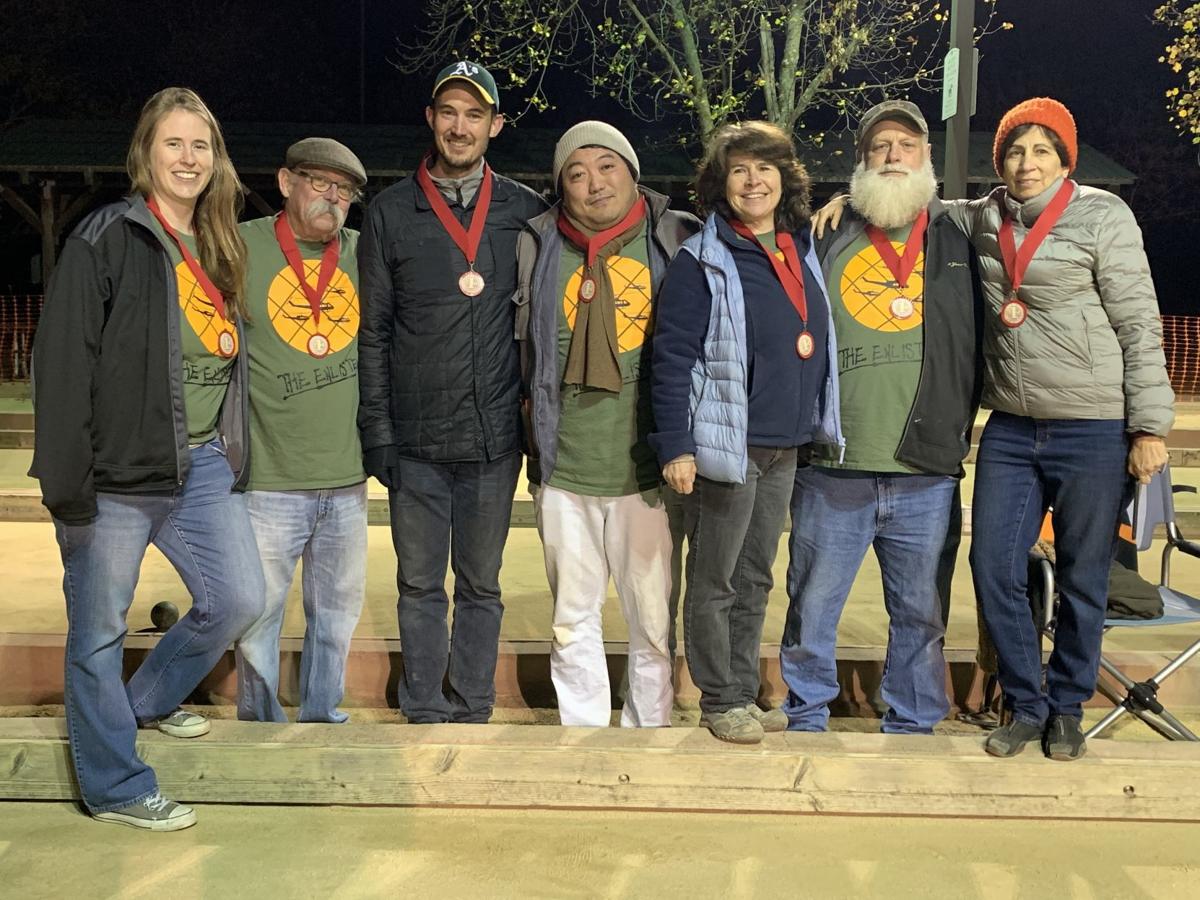 The winners of the 2019 St. Helena Fall Bocce League, the Enlisted. 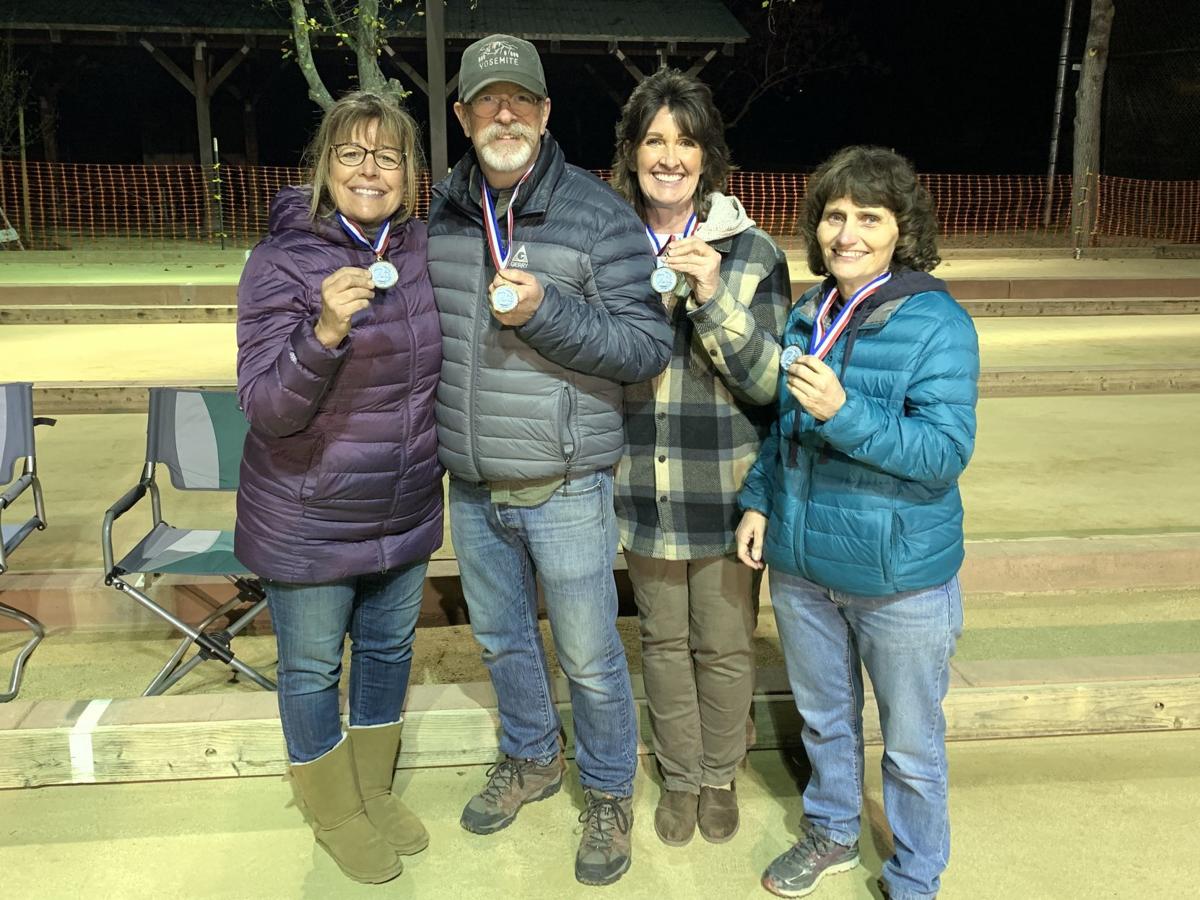 The runners up of the 2019 St. Helena Fall Bocce League, Chewbocce.

Organized by Sports Assistant Danny Brink and Recreation Supervisor Stephanie Iacobacci, the season ended with its first ever “Bocce Friends-giving.” Players from all 12 teams in the Fall League brought dishes and wine for the communal “Friends-giving” dinner table.

“It was a unique season, where we were very fortunate with great weather, although had some hiccups due to the PSPS events and the Bocce lighting was out,” Iacobacci said. “We were able to make up most of our games and end the season, with a double elimination bracket created by Sports Assistant, Danny Brink.”

Team Chewbocce had the best record of the season and started the tournament playing the eighth seed, the High Rollers. The top eight seeds played one game to 10 points before moving on to the next round while the bottom four seeds played a standard, best-of-three games against each other. Players had to bundle up and stand by heaters as the temperature dropped into the 40s towards the end of the night.

The Championship round was a slow and competitive game affair between Chewbocce and The Enlisted, both teams longtime participants of St. Helena’s Summer League. The Enlisted, the second seed, pulled through scoring the final point to become the 2019 Fall Bocce Championship team.

Meanwhile, the Consolation game ended with the Hard Knocks taking the victory against The Oddfellows.

Many players were not ready to see Bocce Season come to a close but St Helena Parks and Recreation welcomes people to head out to the courts on a sunny day to practice their bocce skills and enjoy spending time in parks.

Registration for Summer League will begin mid-March 2020, opening first to priority to teams who played in the league last year. Players looking to join a team or register a new team should reach out to Iacobacci, at stephaniei@cityofsthelena.org.

St. Helena Hall of Fame accepting nominations through May 1

Nominations are being accepted for the St. Helena High School Athletic Hall of Fame Class of 2020. The deadline for nominations is May 1.

Fishing is My Day Job: Hit the water while things are quiet

With 52 athletes, the Saints have one of their largest teams ever. They also have two runners in sprinter Ryan Searl and distance star Harper McClain that are eyeing this year's state meet.

St. Helena Hall of Fame accepting nominations through May 1

Nominations are being accepted for the St. Helena High School Athletic Hall of Fame Class of 2020. The deadline for nominations is May 1.

The St. Helena baseball team snapped a 3-game skid while the softball team picked up another mercy-rule win on Tuesday.

The winners of the 2019 St. Helena Fall Bocce League, the Enlisted.

The runners up of the 2019 St. Helena Fall Bocce League, Chewbocce.