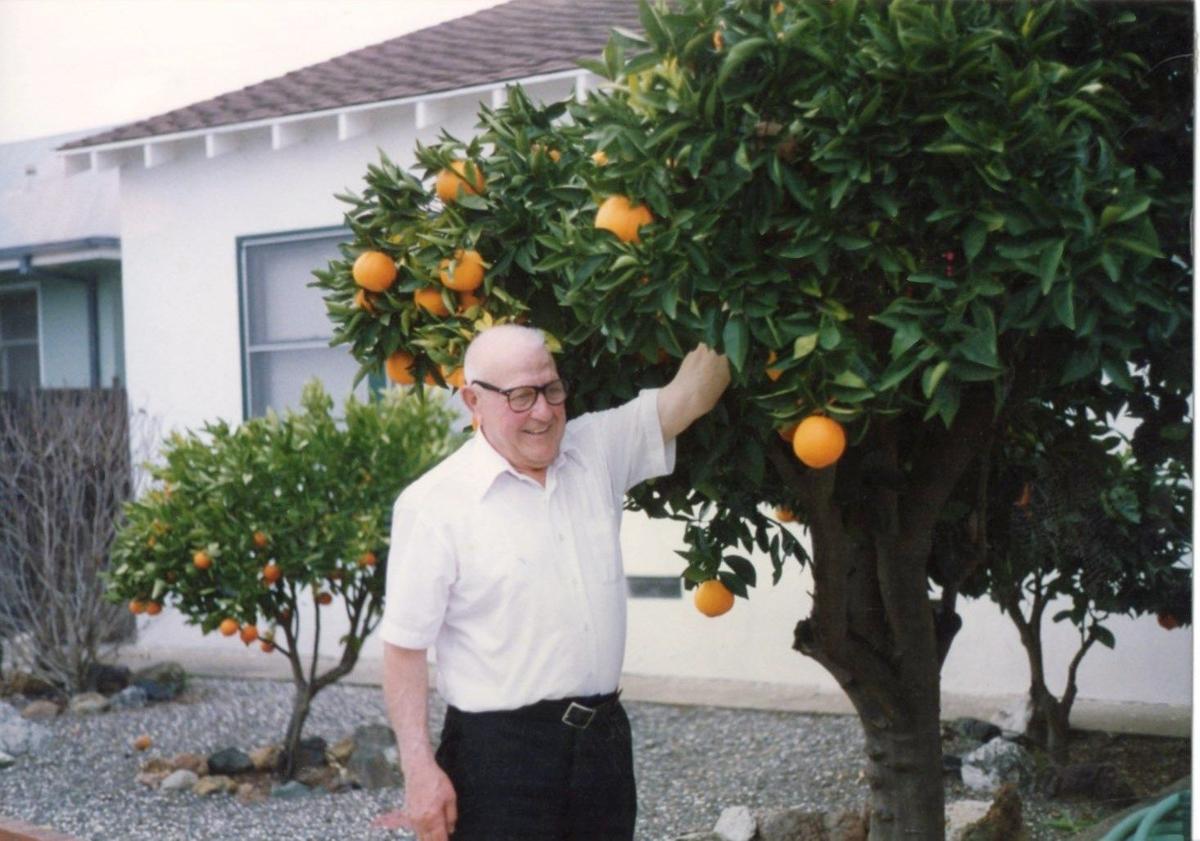 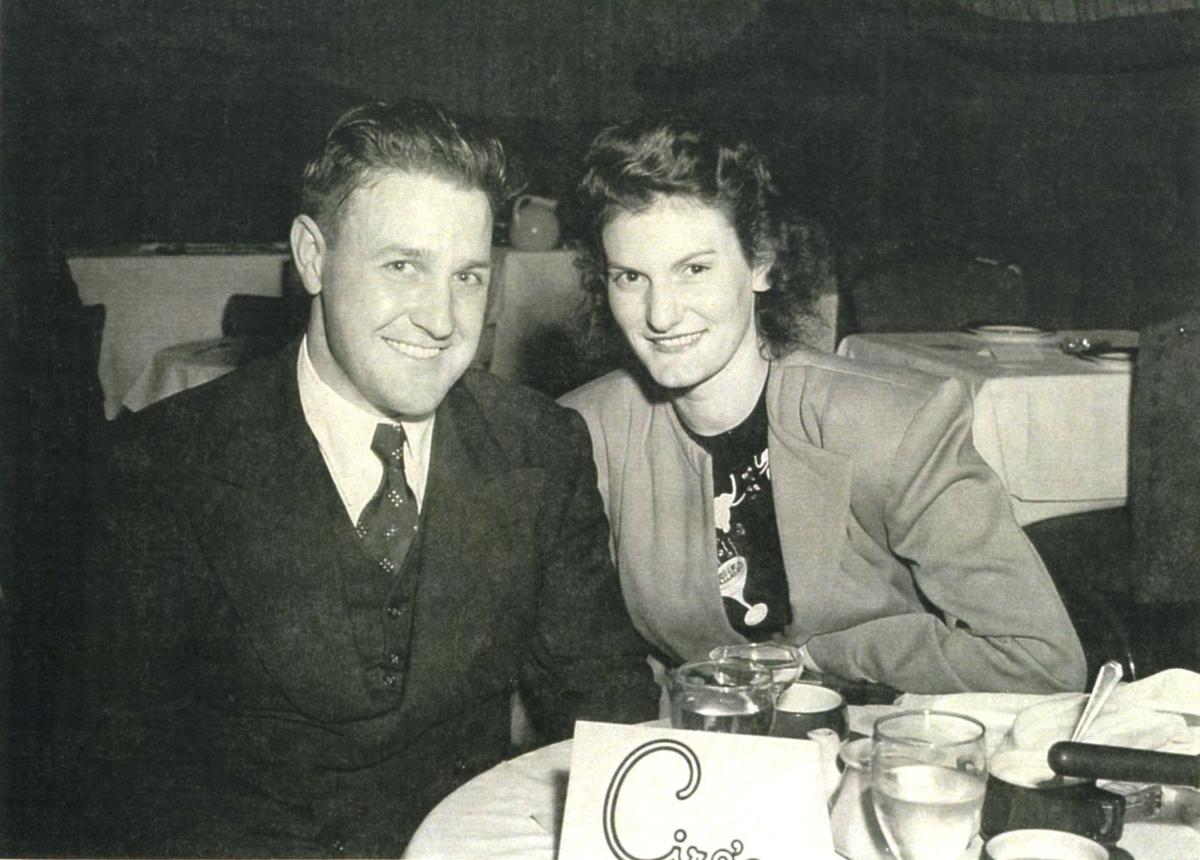 Aldo “Mike” Micheli and his wife, Eda Milani, pose for a photo on their honeymoon in 1946. 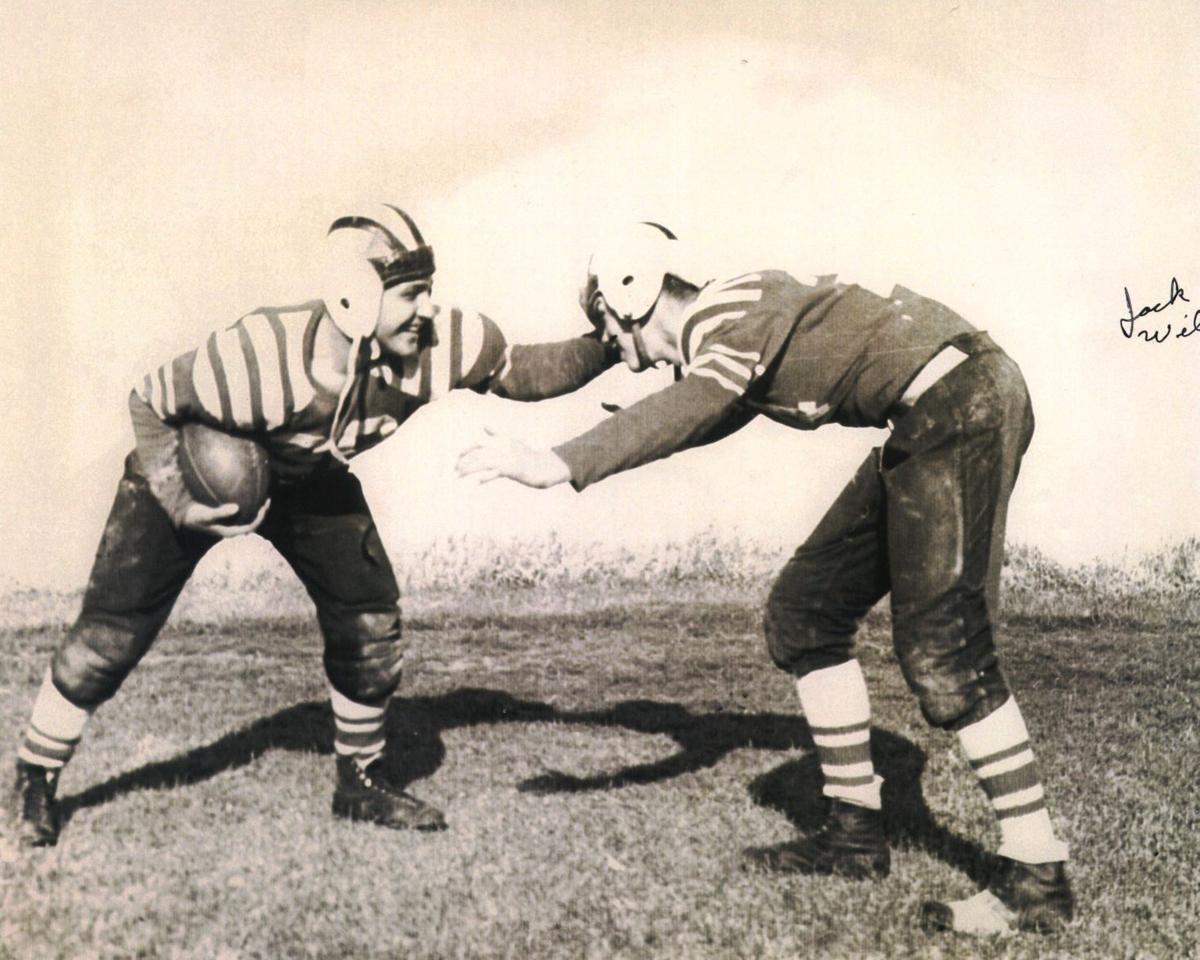 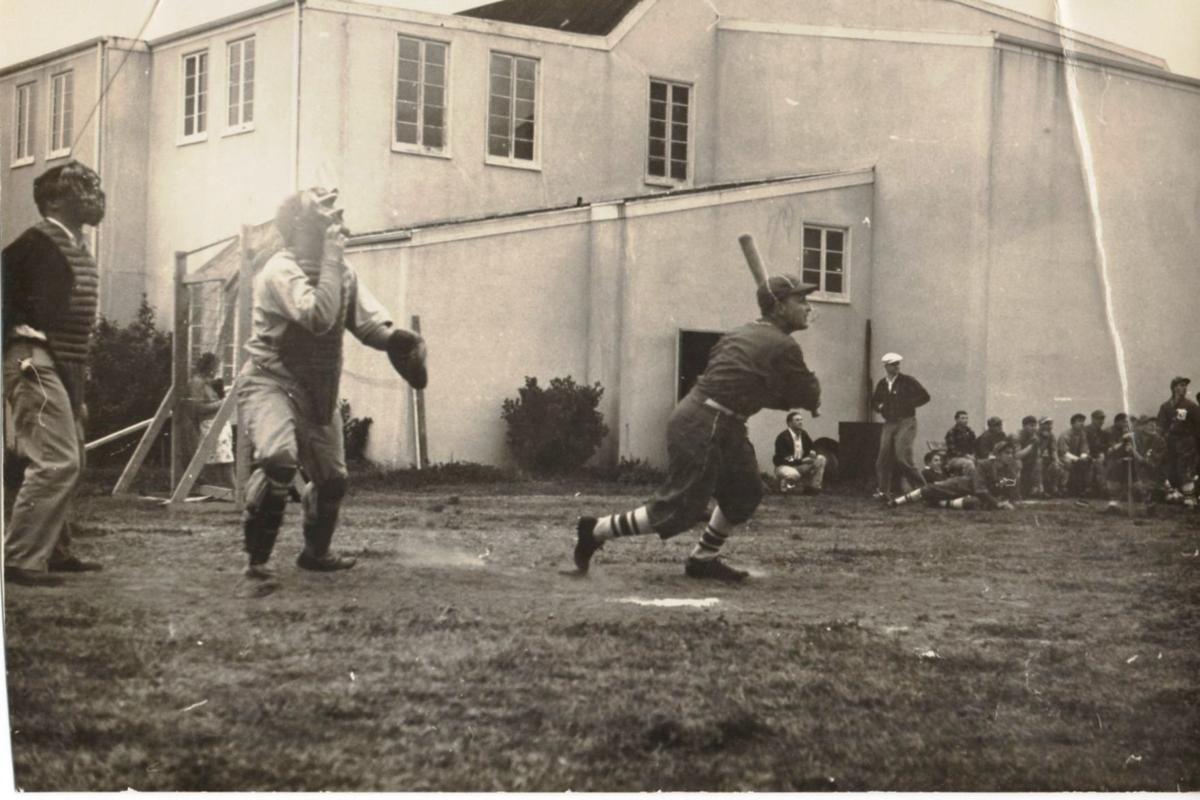 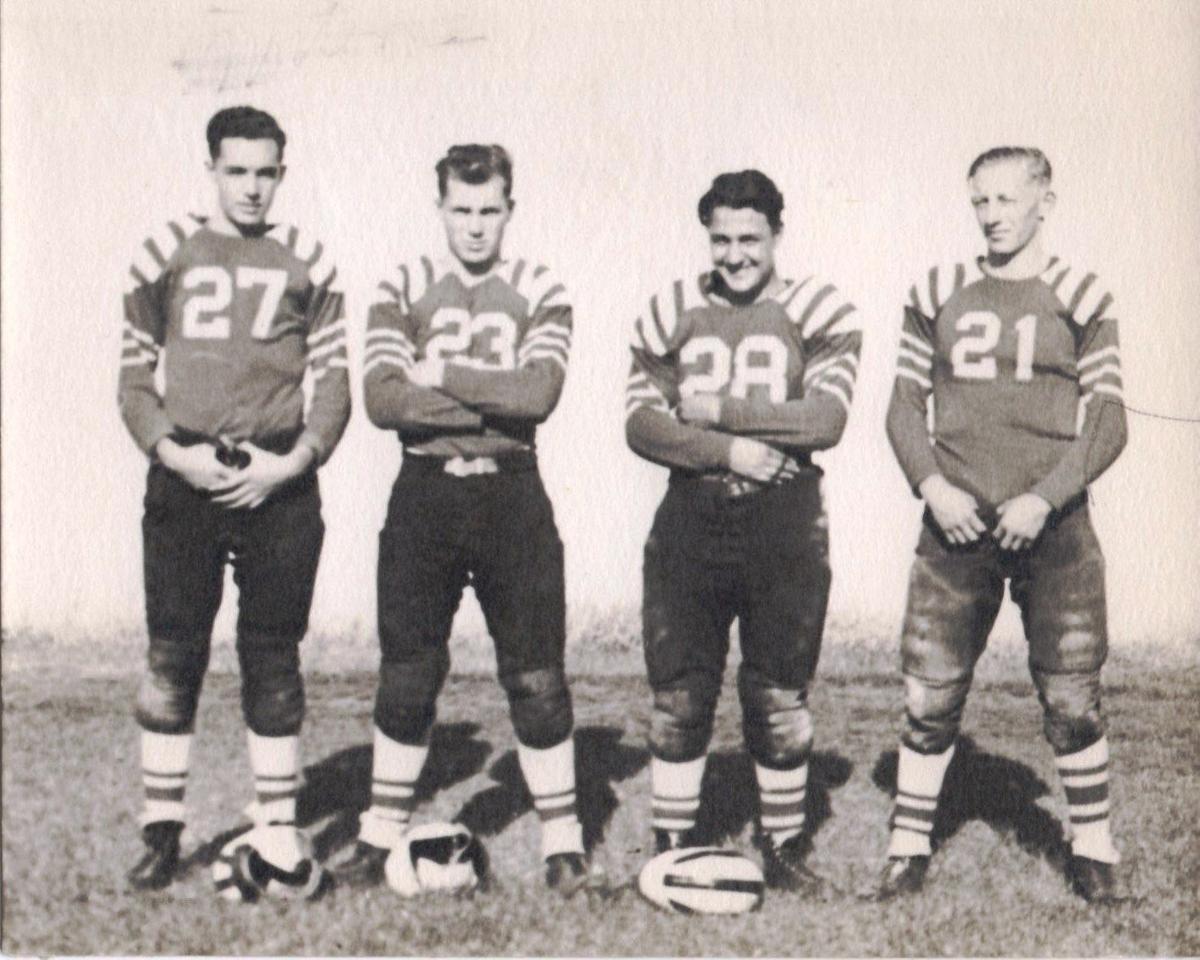 “The Four Horsemen” pose for a photo in their St. Helena High football uniforms. They are, from the left, Jack Wilson, Warren Young, Aldo “Mike” Micheli and Ed Palmer.

Aldo “Mike” Micheli and his wife, Eda Milani, pose for a photo on their honeymoon in 1946.

“The Four Horsemen” pose for a photo in their St. Helena High football uniforms. They are, from the left, Jack Wilson, Warren Young, Aldo “Mike” Micheli and Ed Palmer.

A lot of people receive recognition without truly deserving it.

There are also many who deserve it but never receive any.

Then there are people like Aldo “Mike” Micheli — a man who deserved it but never wanted any attention whatsoever.

But the irony for the oldest inductee (Class of 1939) on this year’s list is that he probably would have refused the nomination.

Sure, as a Saints football player, he ran for 1,829 yards (sixth-most in school history), averaged 8.7 yards per carry (second-most), and scored 26 rushing touchdowns (fourth-most). And yeah, he had a career .317 batting average, and was an All-League selection as part of a league title campaign his senior year.

His athletic prowess was just something he never talked about.

“I asked him about it and he said, ‘No big deal.’ You just did what you had to do,” said his eldest son, Anthony Micheli.

In fact, it wasn’t until the oldest son of daughter Annette Micheli Smith did a report on Aldo for school that he finally opened up about his athletic career.

“He loved his grandchildren,” she said. “He adored his family. He was a family man all the way through. He loved those kids more than us. There was something about his grandkids and great-grandchildren (that softened him up).”

For Aldo, it was always about the kids.

During the 1960s, he was instrumental in getting the city of St. Helena to purchase what is now Crane Park. Before those fields were built, Little League baseball used to be played at RLS middle school, and Aldo used to set up, push around, and break down the snack cart that hungry St. Helenans turned to during games.

He was president of the league for 12 years, which is something few, if any, can say. He was also the city’s recreation commissioner for a number of years.

“He wanted everything for the kids in this town,” Smith said. “He loved his high school; he loved the community until the day he died.”

‘He loved a good time’

Aldo’s father was a teenager when his family moved to the United States in 1906. Like most European immigrants at that time, they came through Ellis Island in New York.

San Francisco was the destination, though. His father worked in a produce market early on, but the weather didn’t agree with his mother, so eventually they moved into the family’s summer home on Hudson Avenue in St. Helena.

Aldo was born and raised in the small Upvalley town. His father worked at the Beringer Brothers winery, so after high school, he would do odd jobs around the estate like pick up trash that was under the grove on the street beside it.

He served in the Army Air Corps during World War II from 1942-45. He was stationed on the Aleutian Islands in Alaska, which was a tumultuous location that was constantly losing and regaining ground with the infringing Japanese military.

“What we have marveled about many times is that he never ever spoke of his war experience,” Smith said. “My oldest son is in the Air Force — he’s spent 19 years in the Air Force — and my dad would talk to him about it, but nobody else. He really encouraged Tyler to get into the military because it was a good path, but to us, he never spoke about it.”

After the war, he moved back home and married a beautiful Italian woman named Eda Milani in 1946. They spent 62 years together before she passed away in 2009.

It served as the town’s local watering hole for 31 years.

“If you came in and had a little too much buzz, the door is right there,” Anthony said. “It was a respectable bar. No women got hit on and no vulgar language (was allowed).”

Aldo was always surrounded by good friends and good people. Smith described him as “fun-loving. He loved a good time.”

He was always about gathering and eating and enjoying the company of others. He would host private dinners in the back room of the club, and often, City Council members would come prior to meetings and get their deals done before a word was spoken in front of the public.

The municipal lampposts that line Main Street — you can thank Aldo for those.

“He was the kind of person who had good ideas and good thoughts and then worked behind the scenes and let everyone else (get all the credit),” Smith said. “He never liked being in the limelight, but he worked really hard.”

Despite the long, unusual hours required to run a bar, Aldo always made time for his family, and eating dinner together every Sunday was nonnegotiable.

“It didn’t matter what your friends were doing or what was happening with your boyfriend or girlfriend. You were going to dinner with the family,” Smith said. “There was just no questions.”

He was old school before old school was even a term, and he kept his kids engaged in athletics, work, or both.

“He knew that you had to keep busy to stay out of trouble,” Anthony said. “He always tried to make sure you were doing something. He was strict. I didn’t get to go to a lot of parties. He was old school — you come home at 9 o’clock or whatever and you don’t go to San Francisco with your friends.”

Going to college was also nonnegotiable, and when each of the Micheli kids graduated high school, their father gave them $1,800 for the first year and left them to take care of the rest. That meant that working through college and sharpening their life skills were a must.

Aldo had his quirks, though. Growing up during the Great Depression instilled a unique set of habits that he revealed shades of later in life. He was an avid outdoorsman and hunter, and much of the time he did his hunting within walking distance of home.

If pigeons were defecating on police cars, he’d shoot them down. If there were any deer in the vineyards, he’d take care of them. If you heard a gunshot in St. Helena, there was a good chance Aldo had just found dinner for tomorrow night.

“That’s what we used to do in town. We laugh about it today but it was a way of life (back then) because we didn’t have a lot of money, and that was food for the family,” Anthony said. “My dad used to joke about his mother who boiled a chicken 20 times, just kept putting it in the pot of water to make soup. They lived through the Depression when there was nothing.”

After retiring in 1981, Aldo kept busy during the later stages of his life. He spent a lot of time in his workshop where he restored antiques and worked on other various projects over his last few decades.

“They would go to all these auctions and stuff, and he’d buy a box of what we would say is junk, but he could see the value of what was in there,” Smith said. “He did lighting, so he would put all these lights back together and rewire it and make them look like they used to.”

If someone needed a hand, he lent two. That was Aldo’s nature, and that small-town personality stuck with him until he passed in August 2012, just before his 92nd birthday.

Rather than take donations or flowers, the Micheli family requested everything be given to the St. Helena Little League. Anthony and Smith were invited to throw the first pitch of Opening Day the following year on the fields their father helped create.