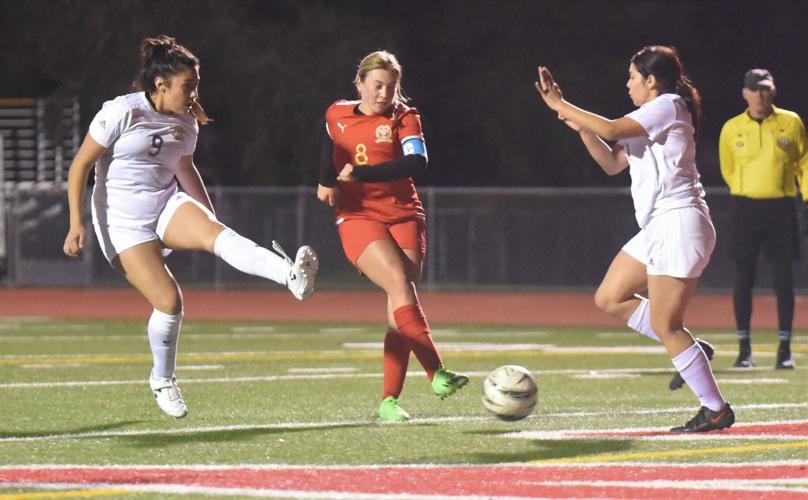 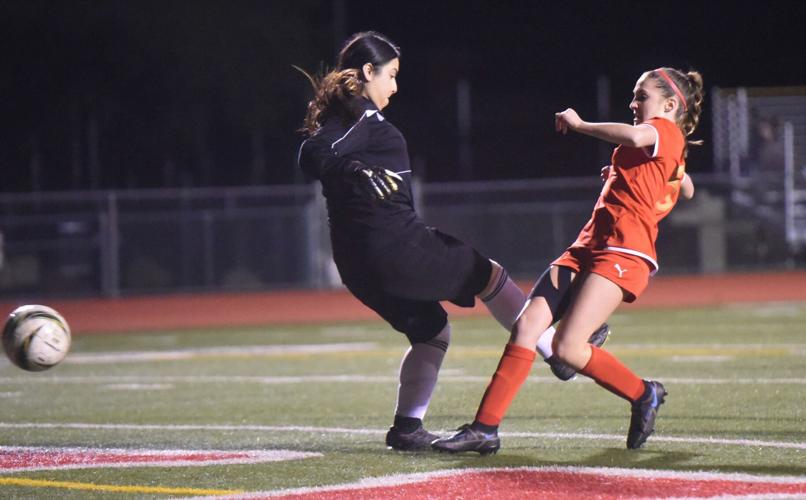 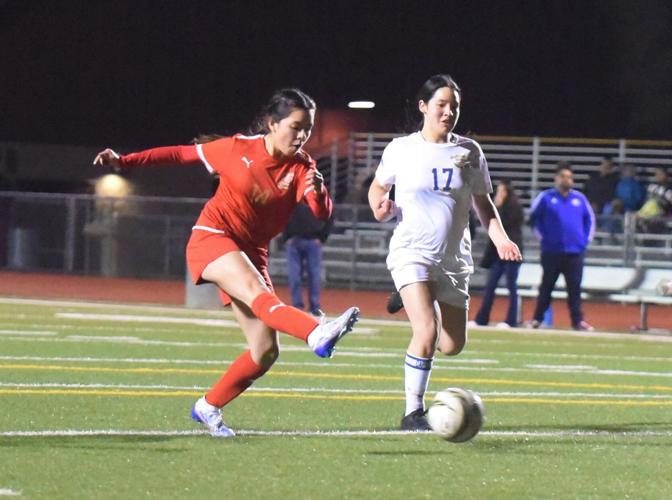 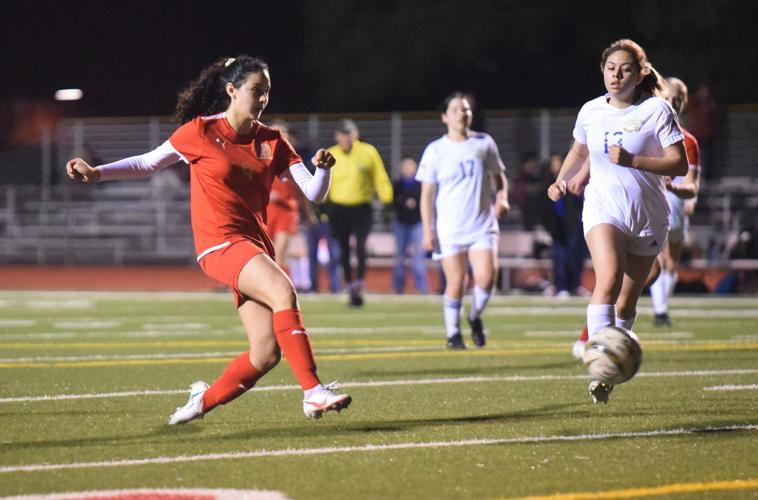 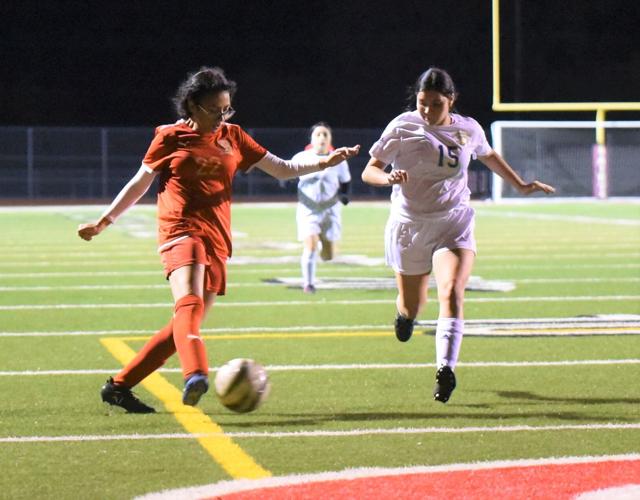 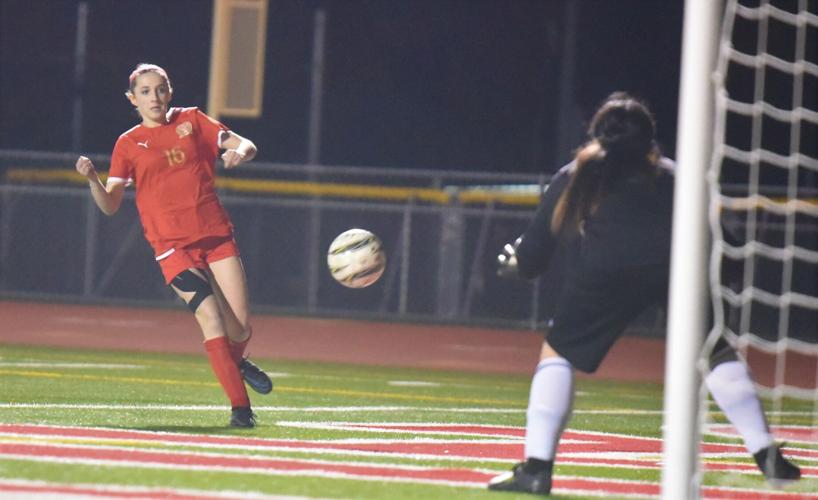 After Baxter opened the scoring in the fourth minute and Emily Escobedo Fabela added another six minutes later, the first-place Saints (6-5-1, 4-0 NCL I) made it 3-0 on Baxter’s second goal.

Hernandez scored her first two goals to put the Saints up 5-0 at halftime.

“We played pretty well. We made some really nice passes,” Wilms said. “Gemma (Hanna, junior sweeper) in the back was a very big help in keeping balls from getting to the goal. Our midfield wings, (senior) Maddie Sullivan and (junior) Andrea Rodriguez-Mendoza helped bring the ball in, kinda like a funnel, and then we were able to make some good shots.”

In the second half, Hernandez scored again just two minutes in and Escobedo Fabela added her second in the 51st minute. Baxter scored her third with 20 minutes left, and Bowen quickly capped the scoring with seven and six minutes left.

“Honestly I feel all 14 of our players played a part,” St. Helena head coach Milton Gallegos said. “We’ve discussed different roles and playing your part and doing your job at the right time and I think today was a complete game where we had good possession, good attacks and good looks. Our shooting wasn’t as strong as it could have been, but we’re getting those looks and the movement. I think as a whole it was just a good possession game and I think we dominated in all aspects today.”

A 2-5-1 preseason against nonleague opponents wasn’t always fun, but it paying off now.

“We had a tough preseason where we played some tough, big schools, but we also had a lot of injuries,” Gallegos said. “When you have only 14 players on the roster, it can be tough. We played several games with just 11 and couldn’t sub, and we ended up with 10 players a couple of times because of injuries, but that’s on us. It’s not an excuse. It’s on us because we only have 14. Today I had 14 and they’re all healthy and everyone contributed.”

The Coyotes (6-3, 3-0 NCL I) had a string of four straight shutout wins — against Justin-Siena and three league foes — going into Tuesday’s nonleague game against undefeated Cardinal Newman, the result of which was not available.

“Sonoma Academy is a really good team, but I believe we’ll be able to pull it off and work together to get some goals,” Wilms said. “I think we’re more aggressive now, so hopefully we’ll be first to the ball.”

Dave Mosher contributed to this report.

1951: Jimmie Foxx and Mel Ott are elected to Baseball Hall of Fame

1955: Joe DiMaggio is elected to the Baseball Hall of Fame

2007: Mark Recchi scores two goals, including the 500th of his career, in Penguins win