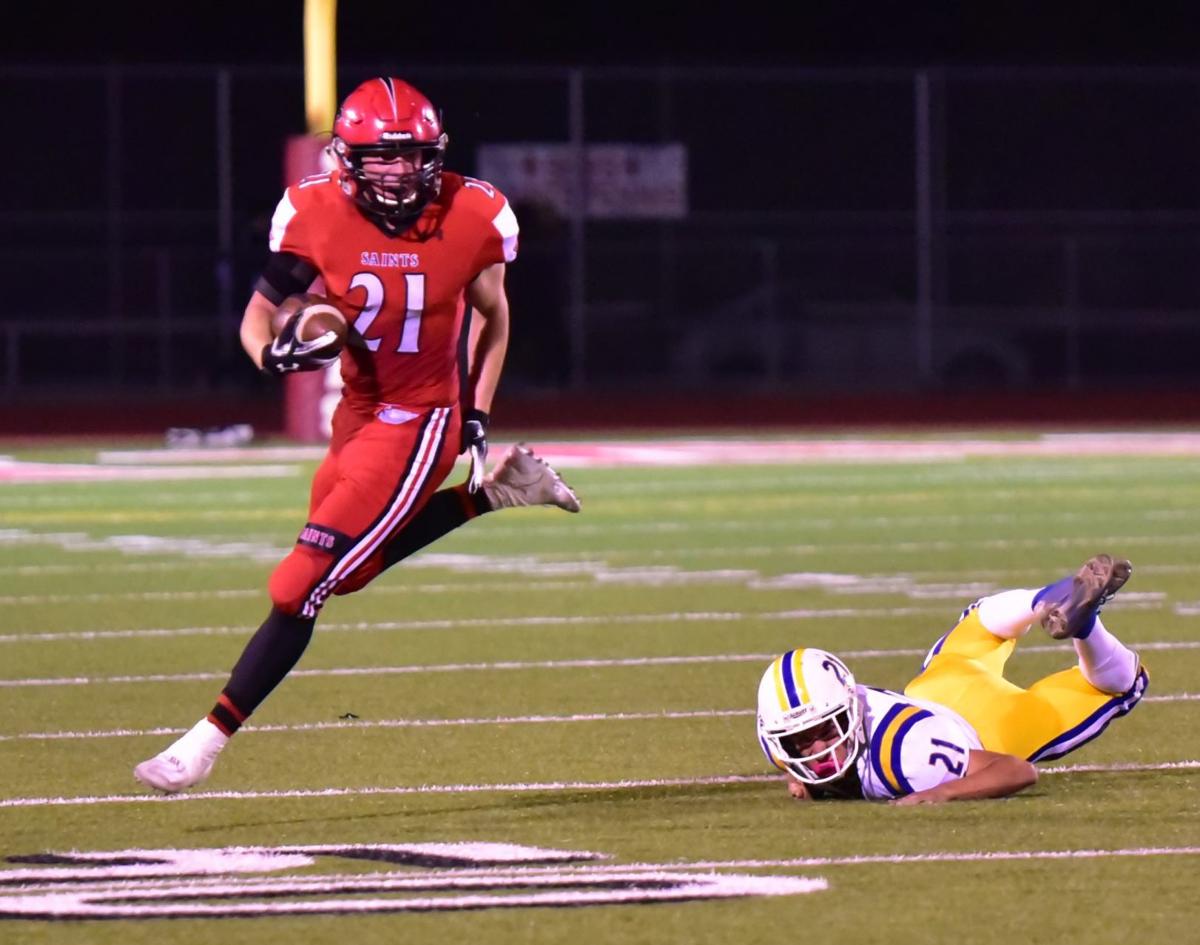 St. Helena's Cody DiTomaso breaks loose from a Cloverdale defender during the Saints' 47-0 win over the Eagles on Homecoming Friday night at Bob Patterson Memorial Field. 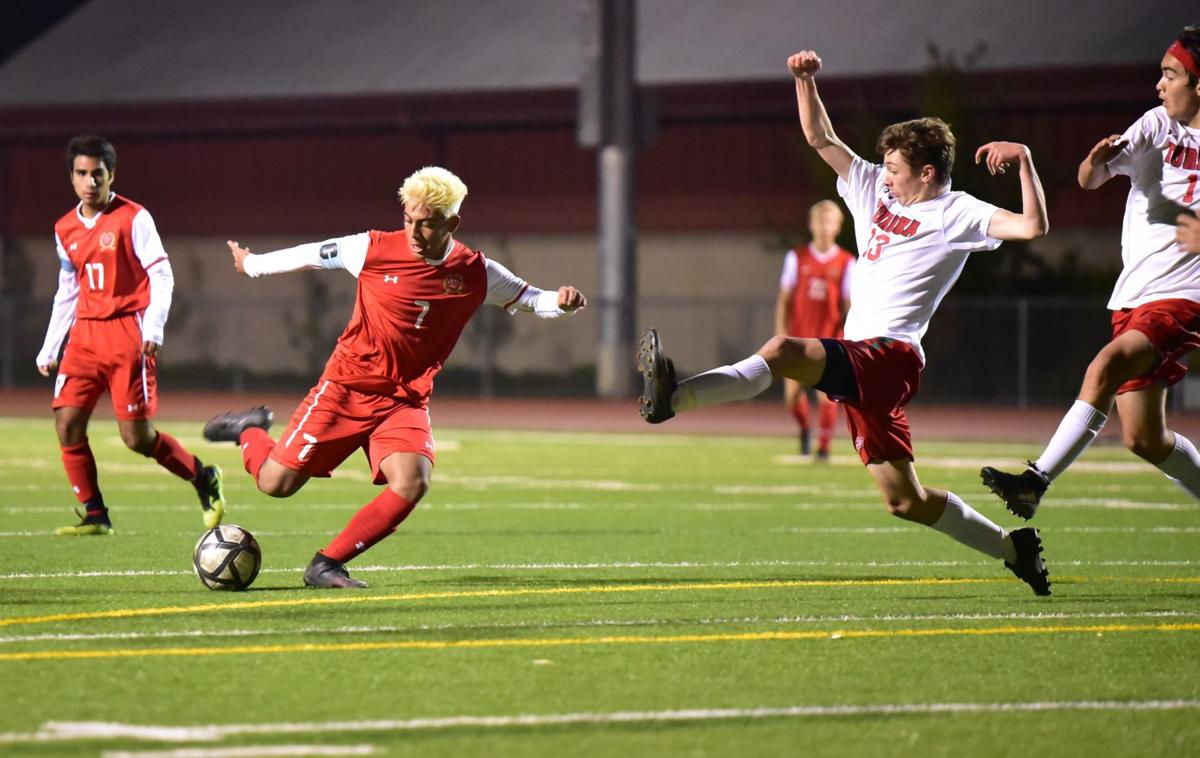 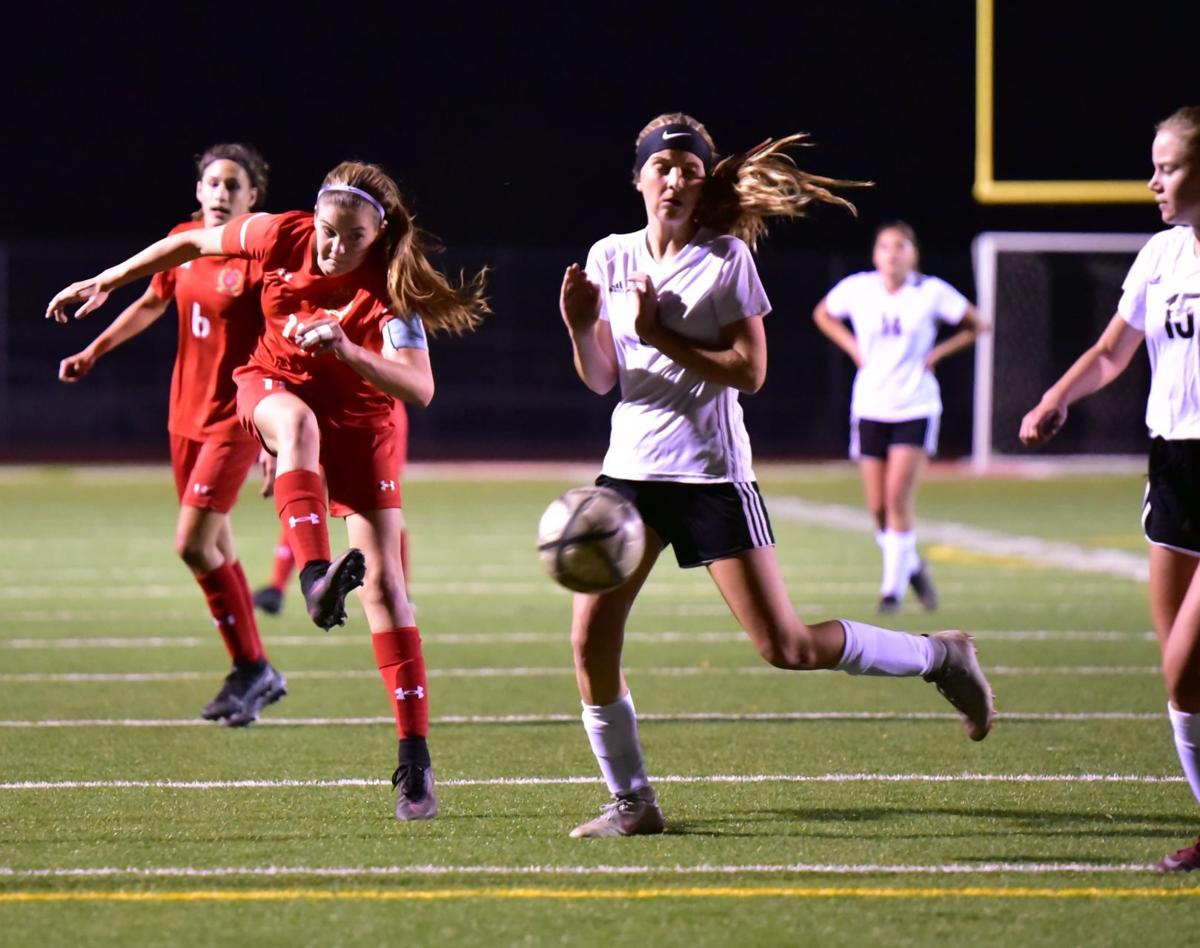 St. Helena's Cody DiTomaso breaks loose from a Cloverdale defender during the Saints' 47-0 win over the Eagles on Homecoming Friday night at Bob Patterson Memorial Field.

The Coastal Mountain Conference released all-league selections for football and fall soccer that had a host of St. Helena High athletes featured.

The Saints, who finished in a three-way tie for second place in the North Central League I with a 5-2 record, also had two First Team All-Defense selections in senior lineman Ryland Campos and junior George Cutting.

Robledo finished the season with a single-season school record 2,215 rushing yards and rushing 33 touchdowns. DiTomaso, who ended his career as third all-time in career rushing yards, ran for 1,189 yards with 16 rushing touchdowns this season.

Cutting, meanwhile, was the team leader in total tackles, tackles for loss and sacks.

Middletown senior back Dillon Tingle was named the league’s Most Valuable Player for the league-champion Mustangs.

The Saints had five all-league selections from one of their best teams in recent memory.

The Saints went 14-6-1 overall this year and 10-4 in the NCL I, finishing third in league. It was the winningest season they’ve had since 2007, when they went 13-5 overall. They also made the playoffs for the first time since 2008.

The Saints finished 10-4 in league play, good for third in the final standings.