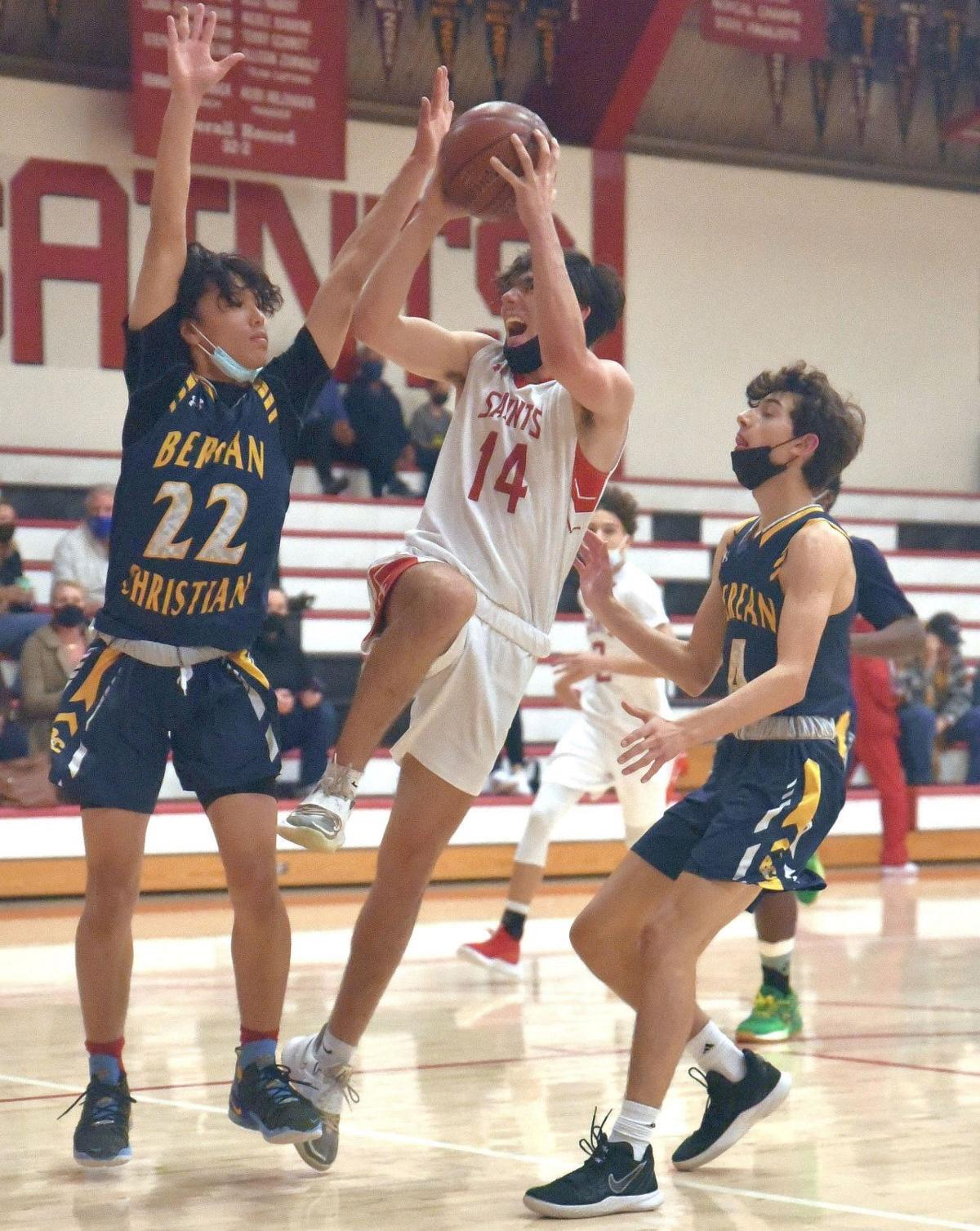 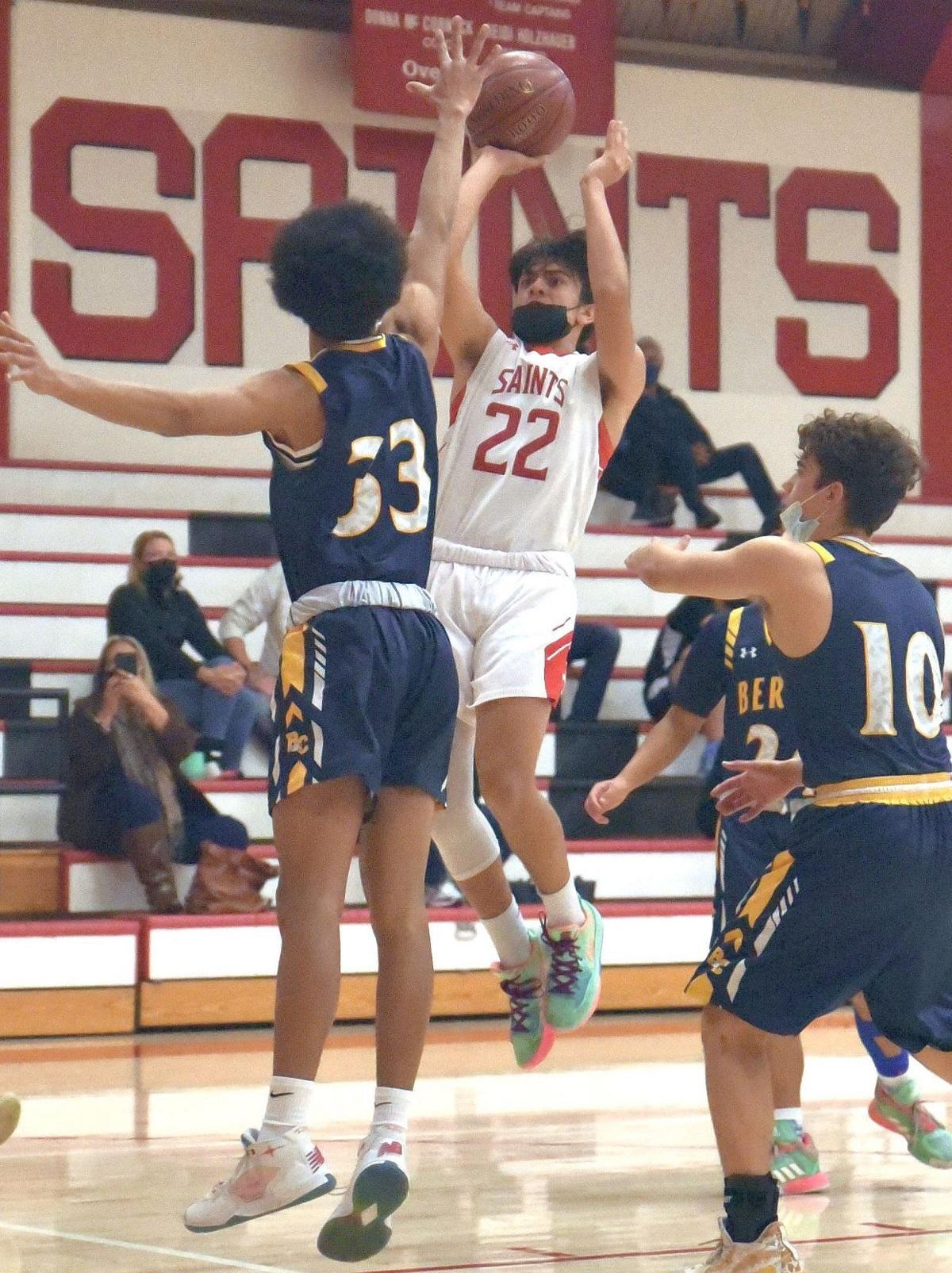 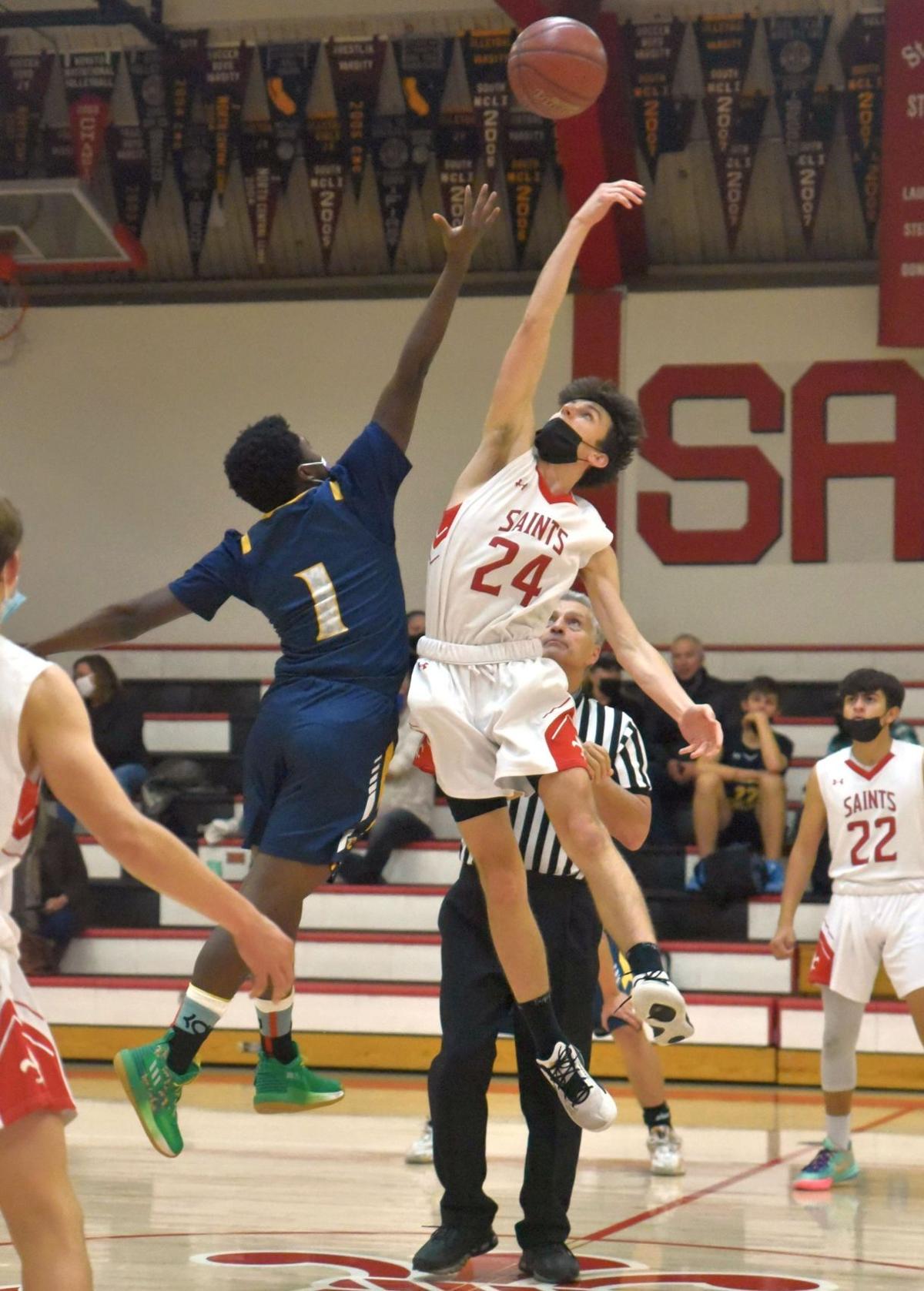 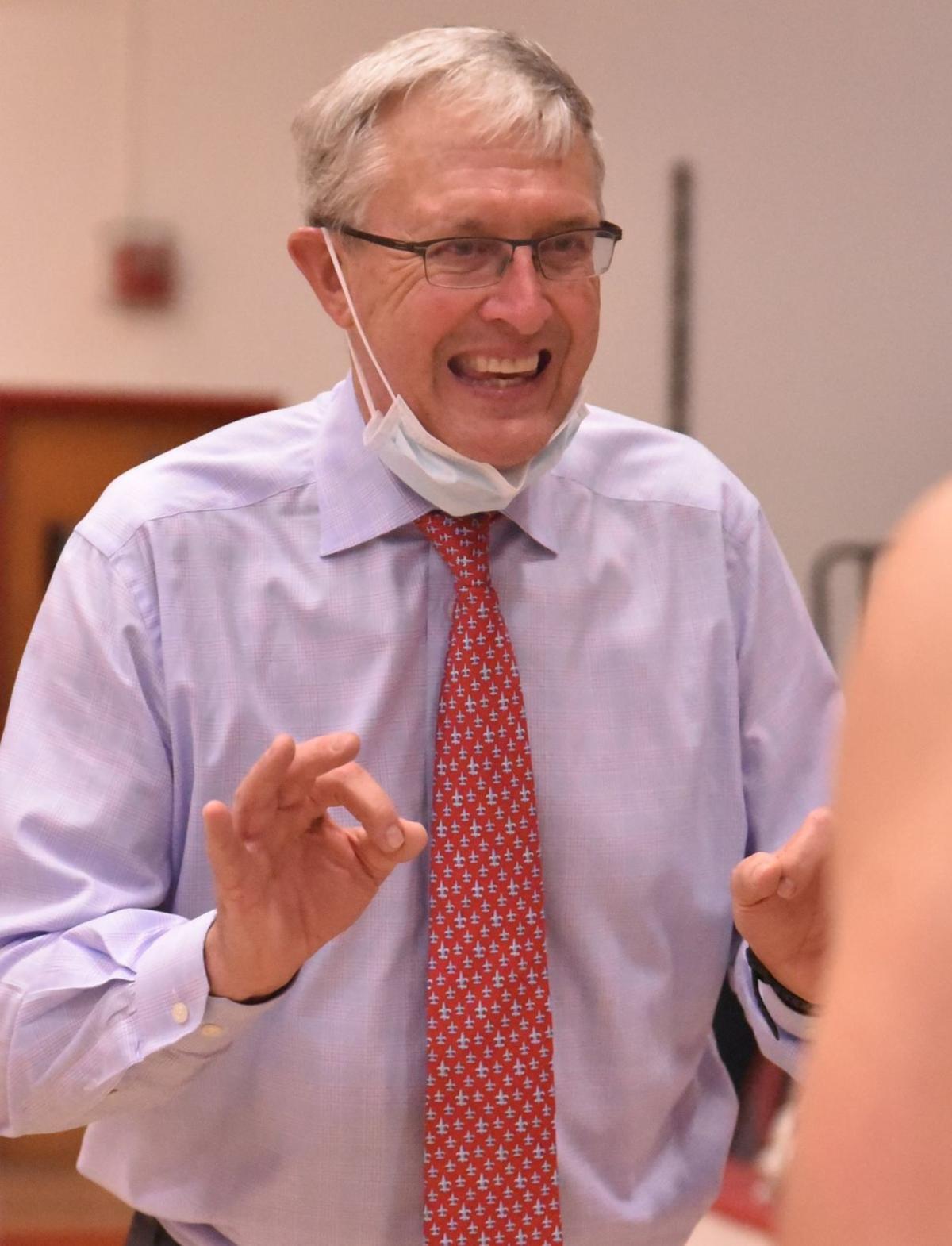 St. Helena's head coach Jim Gamble talks to his team during a timeout against visiting Berean Christian on Friday. 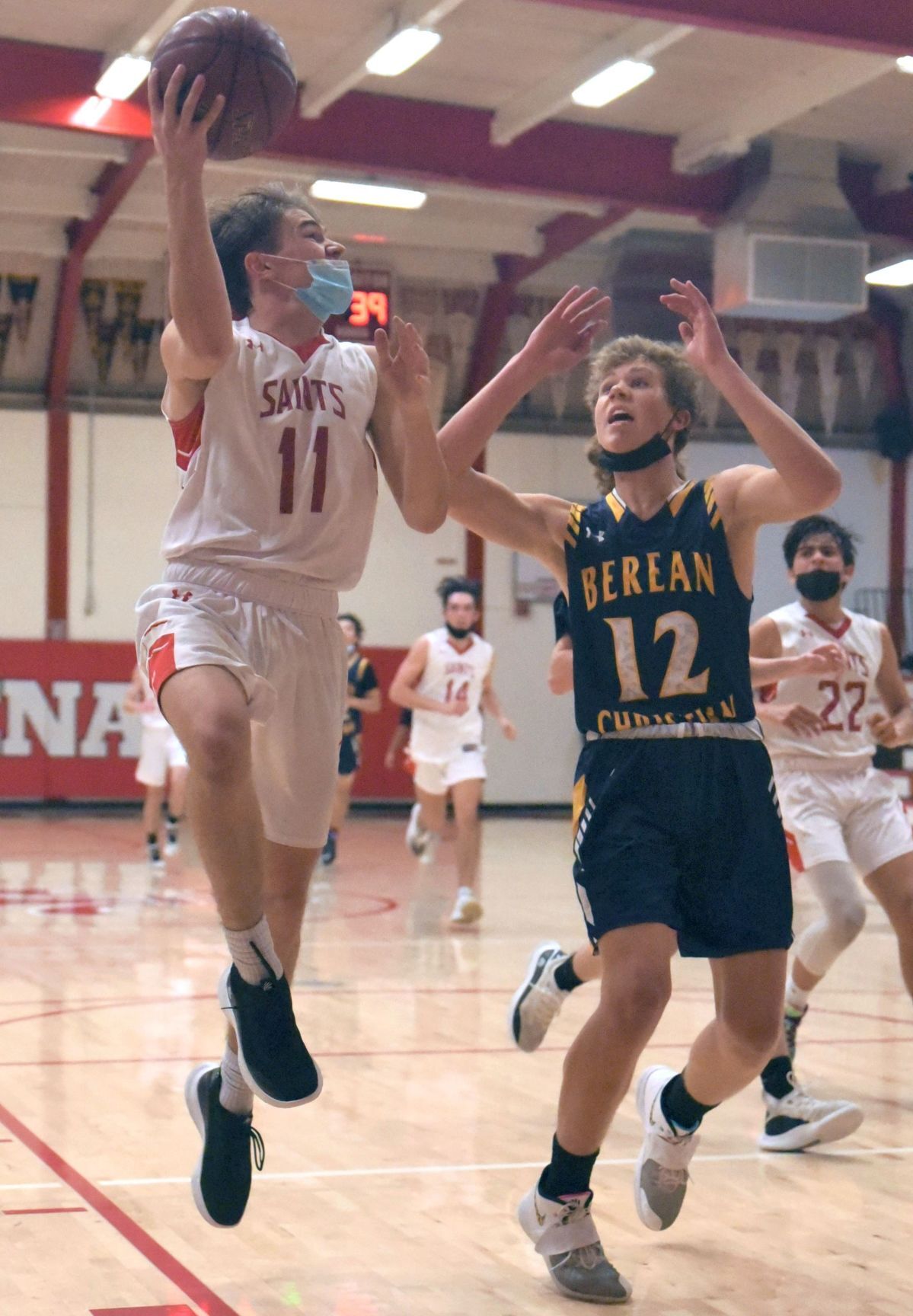 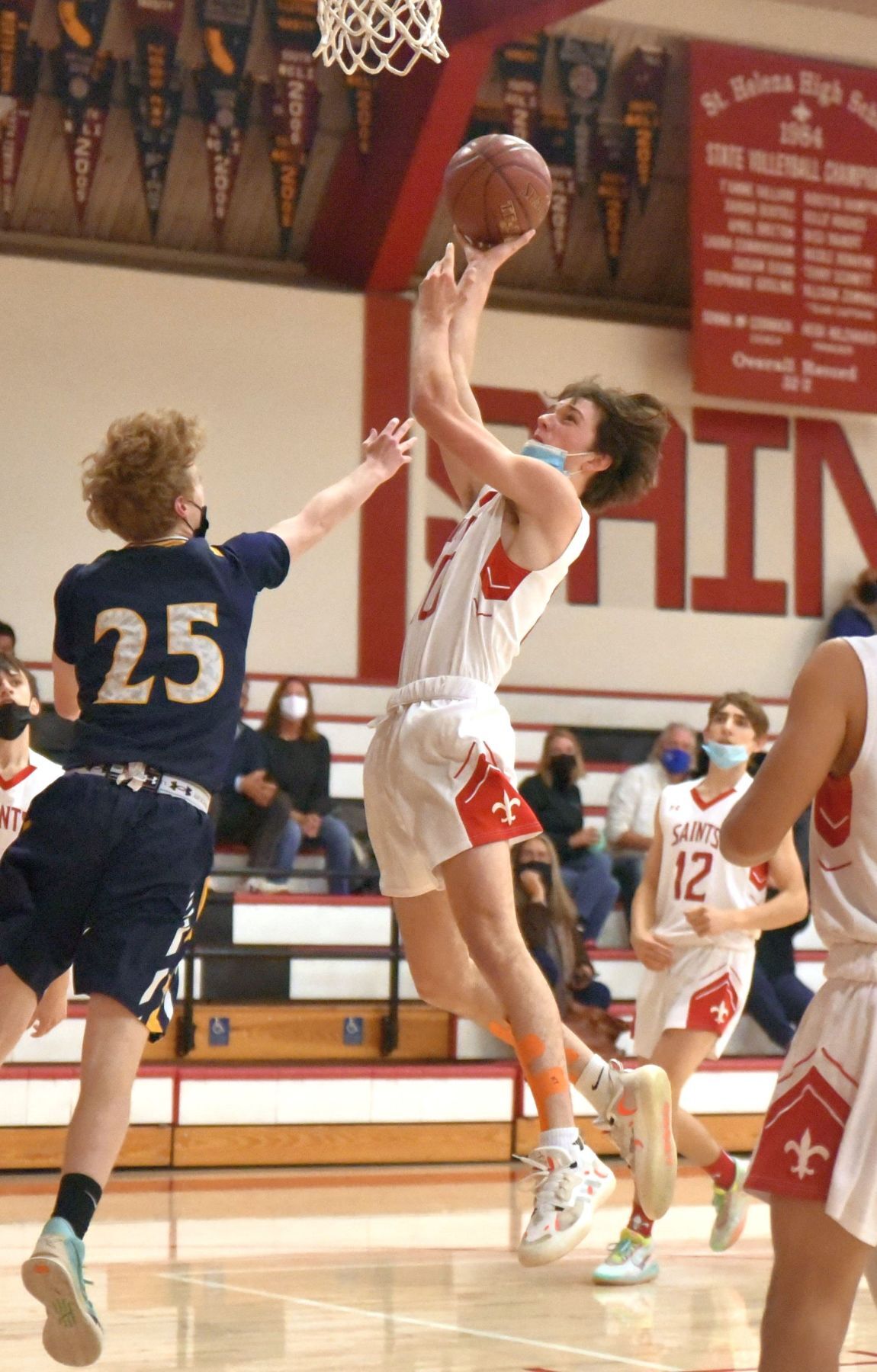 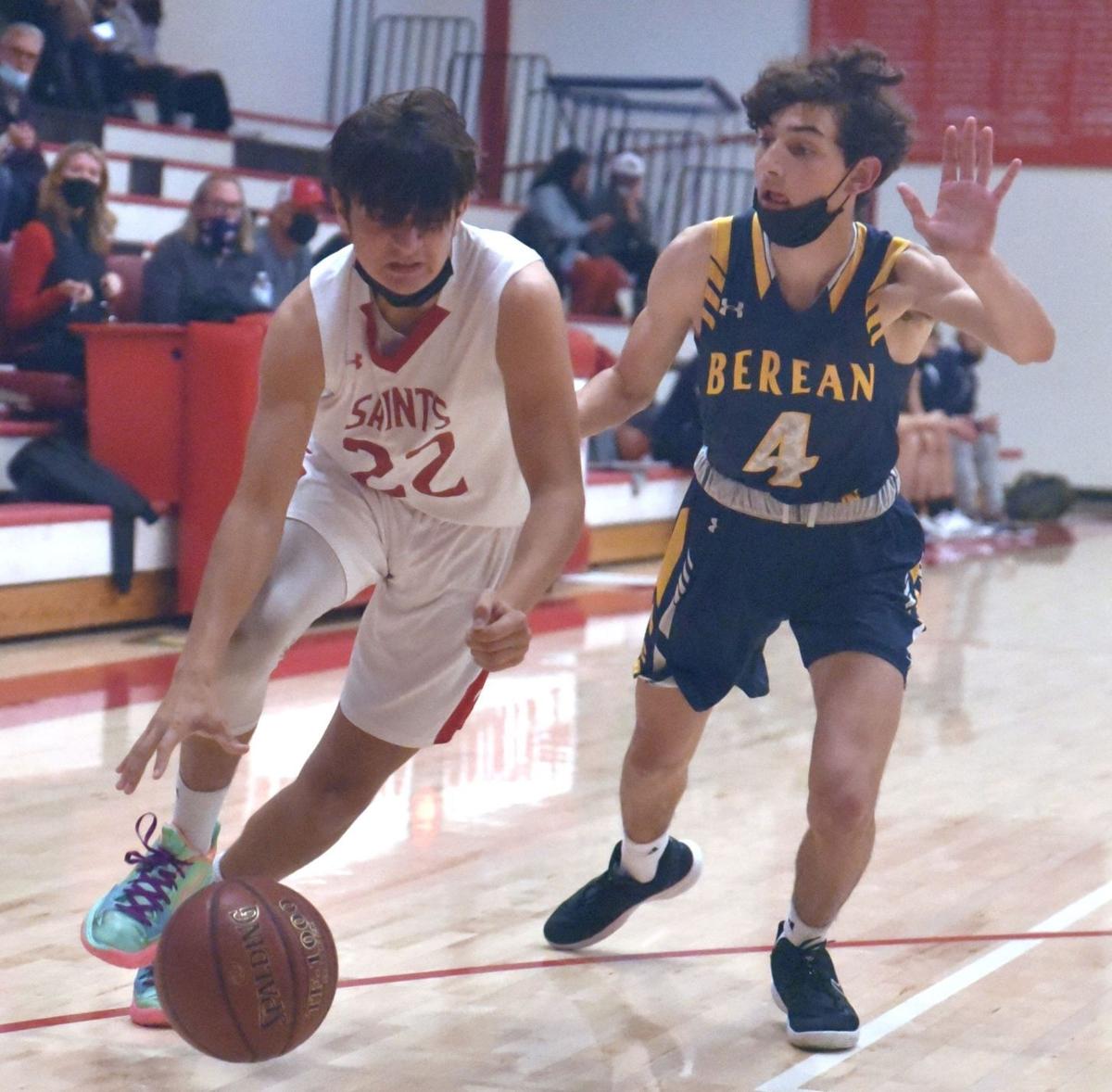 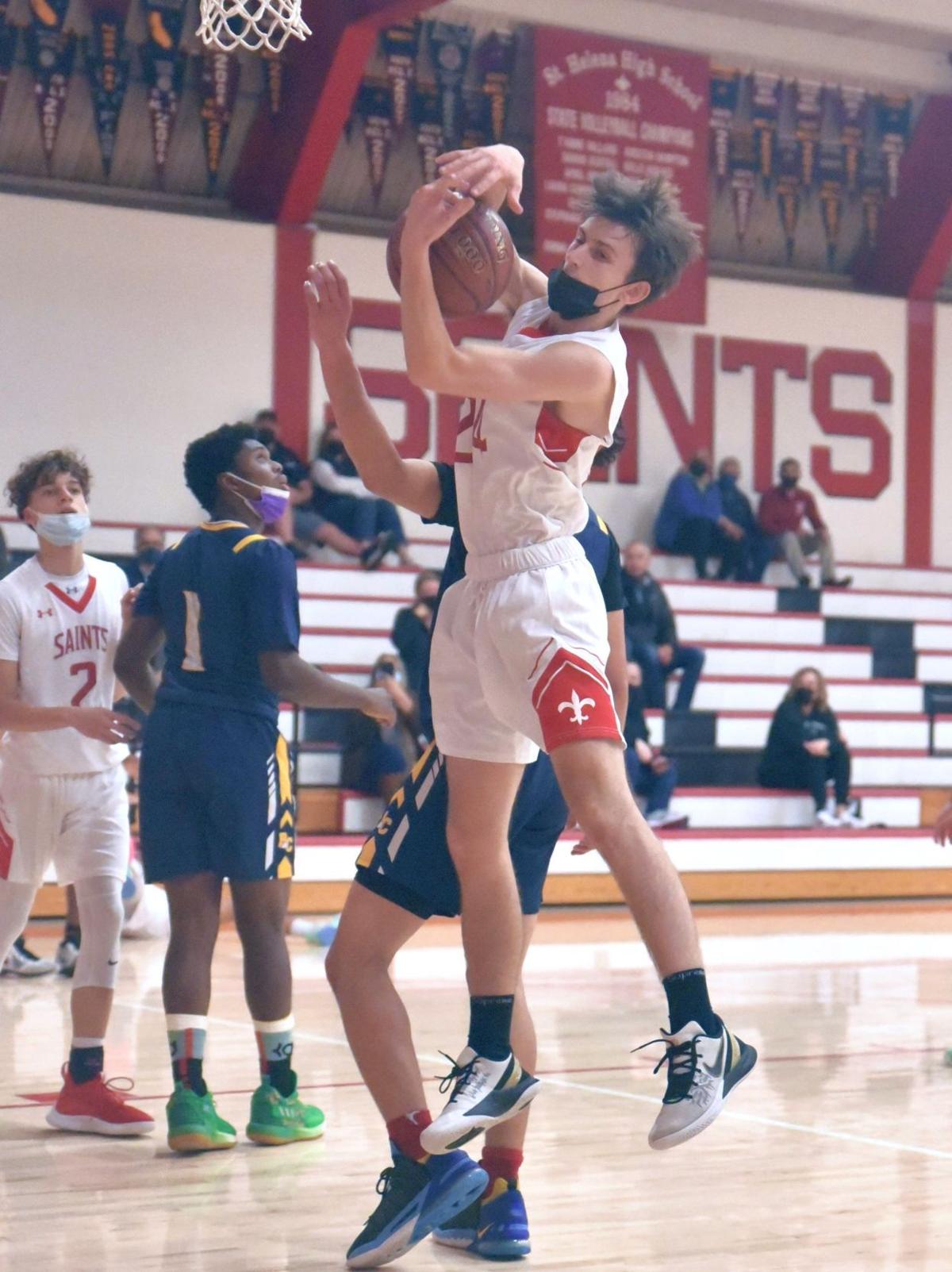 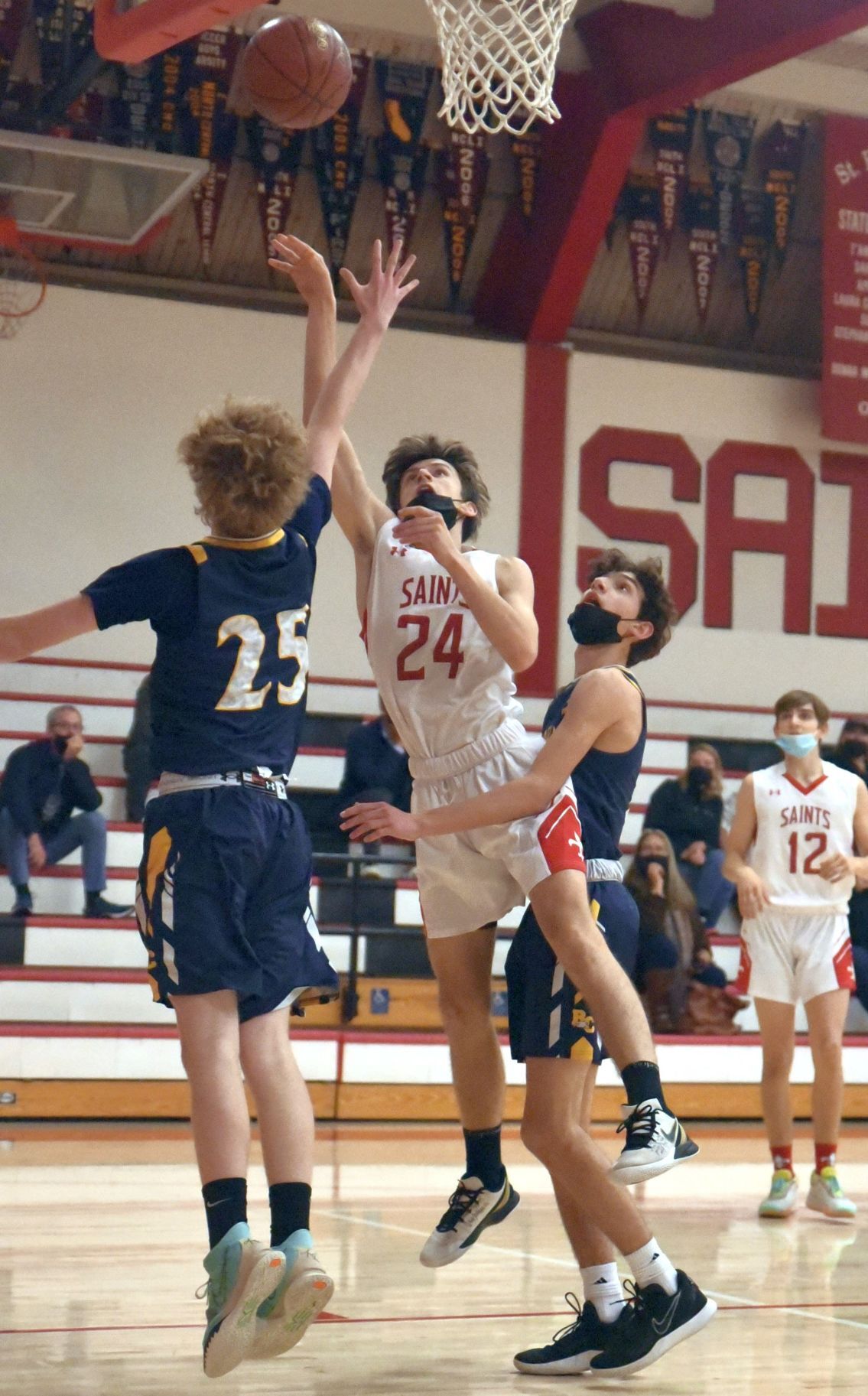 Will Meyer was the only St. Helena High boys basketball player with varsity experience playing in the Saints’ season opener on Friday against visiting Berean Christian.

The junior was just a freshman the last time St. Helena played hoops, as all sports in 2020-21 except baseball and softball were canceled because of the COVID-19 pandemic.

But Meyer played like he hadn’t missed a season, leading all scorers with 28 points. He had 13 in the fourth quarter, when the Saints outscored the Eagles from Walnut Creek 19-16 to prevail.

“Will had just a great game,” Saints head coach Jim Gamble said. “He did a great job of being a leader on the court and letting the game come to him, not forcing anything. When the shot was there, he’d take it.”

St. Helena might get one more player with varsity experience when its football team finishes playing, which could be not for another two or three weeks. If the gridders win next Saturday’s North Coast Section Division 7 championship game at St. Vincent de Paul in Petaluma, they could move on to the state semifinals and then a bowl game.

“It’s a tale of two seasons,” Gamble said. “We have seven players who are still playing football, so we have the season before the junior and senior football players arrive and the season after they arrive.”

Even after not playing for two years if at all, however, the rest of the Saints hardly looked like varsity rookies.

Micah Marquez, a sophomore who played varsity baseball this past spring, had 9 points and senior Charlie Carpy, who helped the soccer team reach the NCS Division 1 this fall, added 6 points. Rounding out the St. Helena scorers were senior Ethan Drumm and junior Josh Johnson with 4 points apiece, sophomore Wynton Meyer with 3, and senior Greyson Ittig with a free throw.

“I was just so proud of the kids today. They worked their tails off and we came away with an important win against another Division 5 team,” Gamble said, adding it was a pleasant surprise.

“These kids haven’t played in two years. Four of them have never played a high school basketball game before, and three of them played sparingly on the JV, and Will played a little on varsity as a freshman. Other than that, they’re just green and inexperienced. But they came out and laid their hearts on the floor. It was exciting, just a complete team effort. Even some of the sophomores that didn’t play a lot, when they went in they made things happen, like Jonathan Iano and Max Lilavois.”

The St. Helena girls basketball program played its first game in two years on Nov. 17, and first under head coach Leona Rexhepi, falling 61-16 to a visiting Healdsburg squad that played last spring and is now off to a 5-0 start.

St. Helena's head coach Jim Gamble talks to his team during a timeout against visiting Berean Christian on Friday.