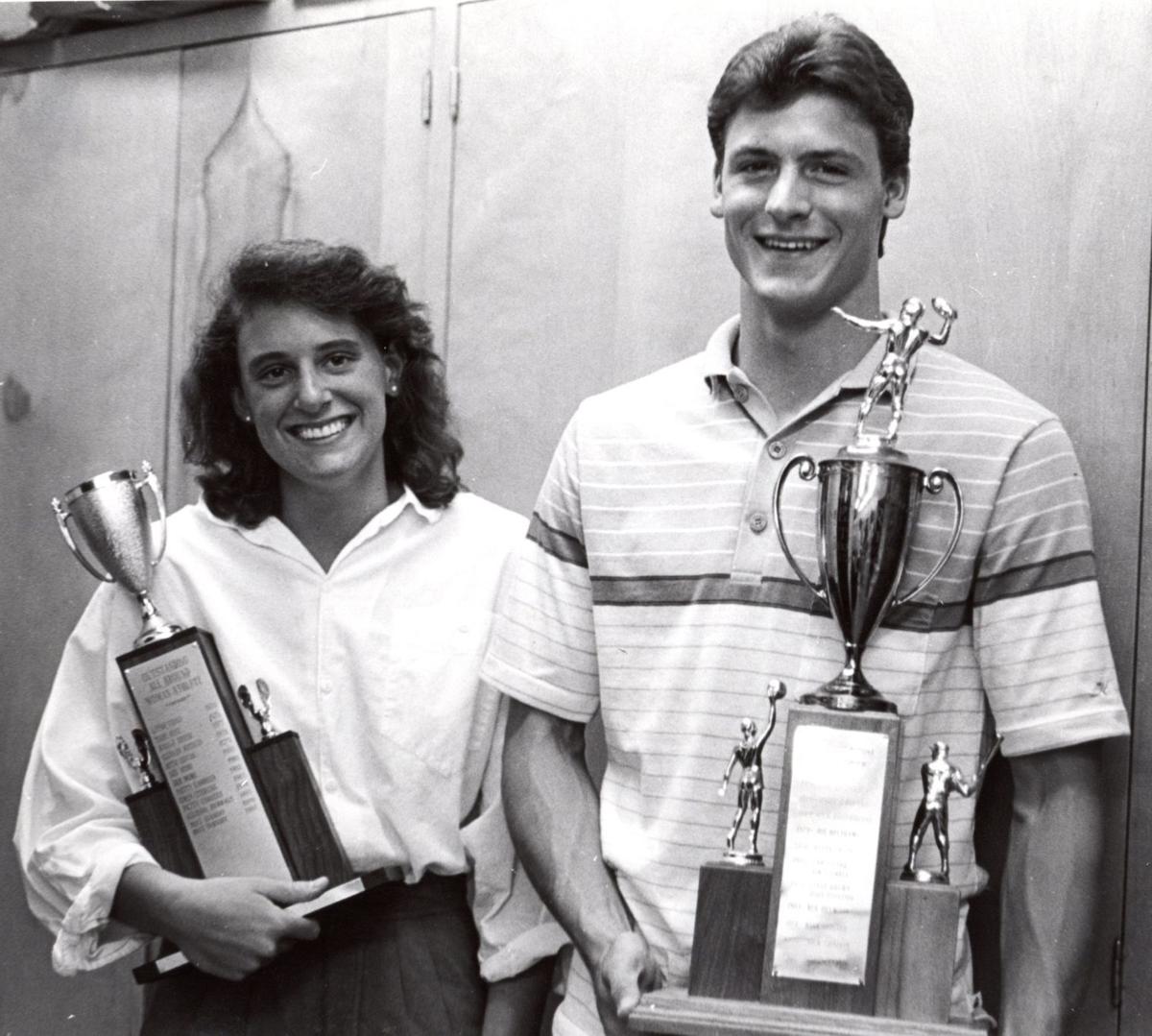 Rebecca “Beci” Ivanoff is shown with David Booth at St. Helena High School in 1987. They were honored as the top athletes of the year. 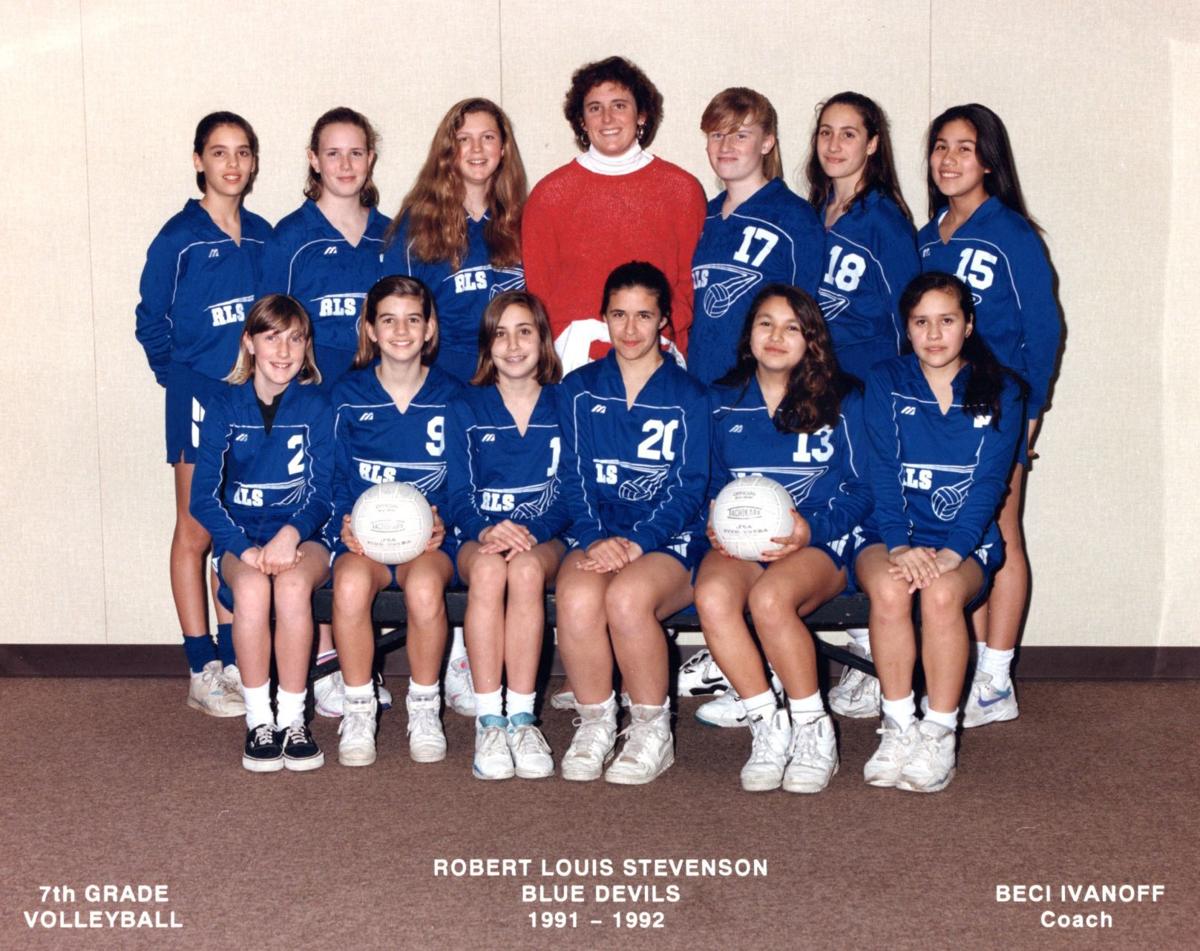 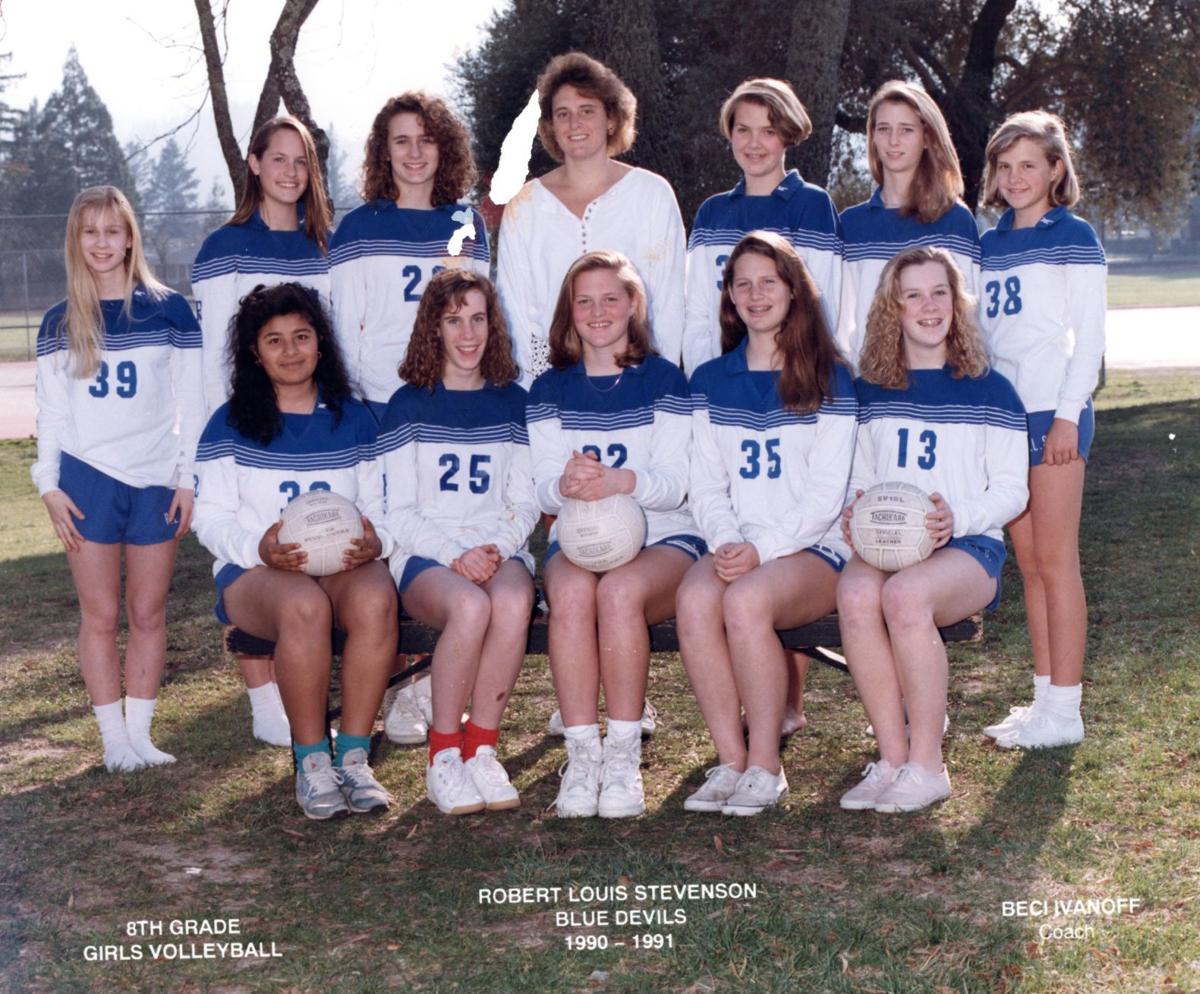 Rebecca “Beci” Ivanoff is shown with David Booth at St. Helena High School in 1987. They were honored as the top athletes of the year.

Rebecca “Beci” Ivanoff was a multi-sport athlete in the 1980s at St. Helena High School.

In the fall, she was an outside hitter and middle blocker on the volleyball team, and as a sophomore played on the Saints’ 1984 CIF state championship team that beat Melodyland-Anaheim, 15-7, 15-2, 15-10, in the Division III finals at Golden West College-Huntington Beach. In the winter, she played basketball and could play any position on the floor. In the spring, she was the shortstop on the softball team and as a senior was also on the track and field team.

“I didn’t like to sit on the bench for any reason. I wanted to play,” Ivanoff said recently.

Looking back on those years, Ivanoff felt as if she could have taken on even more sports, as she absolutely loved being on teams, competing and winning.

“I just have that competitive drive in me. I love any kind of game.”

Ivanoff was one of the top athletes in St. Helena High history. The 1987 graduate is well known for her all-around play in volleyball, but also achieved so much in other sports. The 965 points that she scored in basketball is the fourth-most in school history. She ranks among the school’s all-time leaders in several statistical categories in softball.

Ivanoff, the school’s Female Athlete of the Year in both 1986 and 1987, will be honored for her four years of outstanding year-round play in multiple sports when she is inducted into the St. Helena High Athletic Hall of Fame later this month. Ivanoff and five others were selected for this year’s class, which will be honored and enshrined on Oct. 19 at Native Sons Hall in St. Helena.

A cocktail hour at 6 p.m. will be followed by dinner at 7 p.m. and the induction ceremony. The motto of the Hall of Fame is “Preserving History, Honoring Excellence, and Connecting Generations.”

“I had a good time. There were a lot of neat, neat people I played with over the years,” Ivanoff said.

“I’m honored,” said Ivanoff, a resident of Guerneville in Sonoma County. “It’s for my family. I do think it is very meaningful. It means a lot, not just to me. I do think it means a lot to my mom (Lana Ivanoff). I think for both of us, sports sort of held us grounded.”

“It was a really, really hard time in our life. This is something my dad would have loved,” Rebecca said.

In basketball, she was named as the Saints’ most valuable player and All-League in 1985-86 after averaging 16.2 points per game (ninth-best in school history).

She was the team captain and averaged 21 points per game, a school record, during the 1986-87 season. She was named as the league’s MVP, the Saints’ MVP, and All-Napa County.

Ivanoff was equally dominant in softball.

She was named All-League and the Saints’ MVP after batting .327 with four doubles, a .585 slugging percentage, 12 RBIs and 16 runs scored in 1987. She was also the team captain.

“I think my athleticism, naturally, went toward basketball and softball, but I learned how to play volleyball, because I was coached really well,” said Ivanoff.

Ivanoff played for legendary volleyball coach Donna McCornack, who led the Saints to two state titles, including the 1982 CIF state championship in a 3-1 win over Linfield Christian at Sacramento State. McCornack was inducted into the St. Helena Hall of Fame in 2013.

“Donna always set a high bar. I liked that feeling, that feeling of great accomplishment,” said Ivanoff. “I do think it shaped how I coached and how I interact with kids on a lot of levels. I think I followed her lead because it made sense to me.”

“To be able to go to state and dominate, as a Northern California team, I think that’s what is pretty impressive about the program Donna put together,” said Ivanoff. “Volleyball was a Southern California game. To (win) it twice, it’s pretty neat.

“There was good leadership, with strong, older students that set the tone, for all of us that were coming along.”

Ivanoff remembers so many students and the town of St. Helena providing so much support and rallying around the successes of the volleyball team.

“It wasn’t just like a gym event. It was a town event,” she said. “It was just a wonderful, really exciting time. It was incredible, with the students and their families that traveled to watch us play. For an away game, our students would fill an opponent’s gym. It was pretty neat.”

Ivanoff is in her 12th year as the director at Village Charter School in Santa Rosa. It’s an independent K-8 charter school in the Windsor Unified School District.

She has applied the life lessons that she learned from her coaches at St. Helena into her career work.

“Whether we were on the winning volleyball team, or the basketball team that rarely won, I do feel like I was always coached by people who instilled a sense of a really good positive attitude, good sportsmanship, being respectable. I modeled my own teaching and coaching after that,” she said.

“When I started coaching, I emulated my style after (Donna McCornack’s) – one that was very firm and fair with a super high bar,” she said. “Donna was supportive in a lot of ways for me, but it wasn’t just coaching. I think she was aware of the dynamics that were going on in our family and provided me with some guidance and support as needed.

Ivanoff graduated from UC Davis in 1991 with a degree in psychology. She got her state teaching credential from Pacific Union College in Angwin.

When: Saturday, Oct. 19.  A cocktail hour begins at 6 p.m. and dinner will be served at 7 p.m. with the induction ceremony to follow.

There are no physical tickets but name(s) will be on a reservation list at the door, so please include the names of all people attending on your reservation.

No reservations can be accepted after Oct. 15.

Kids at St. Helena Primary School couldn’t contain their excitement on Tuesday morning when a pair of new playgrounds opened.