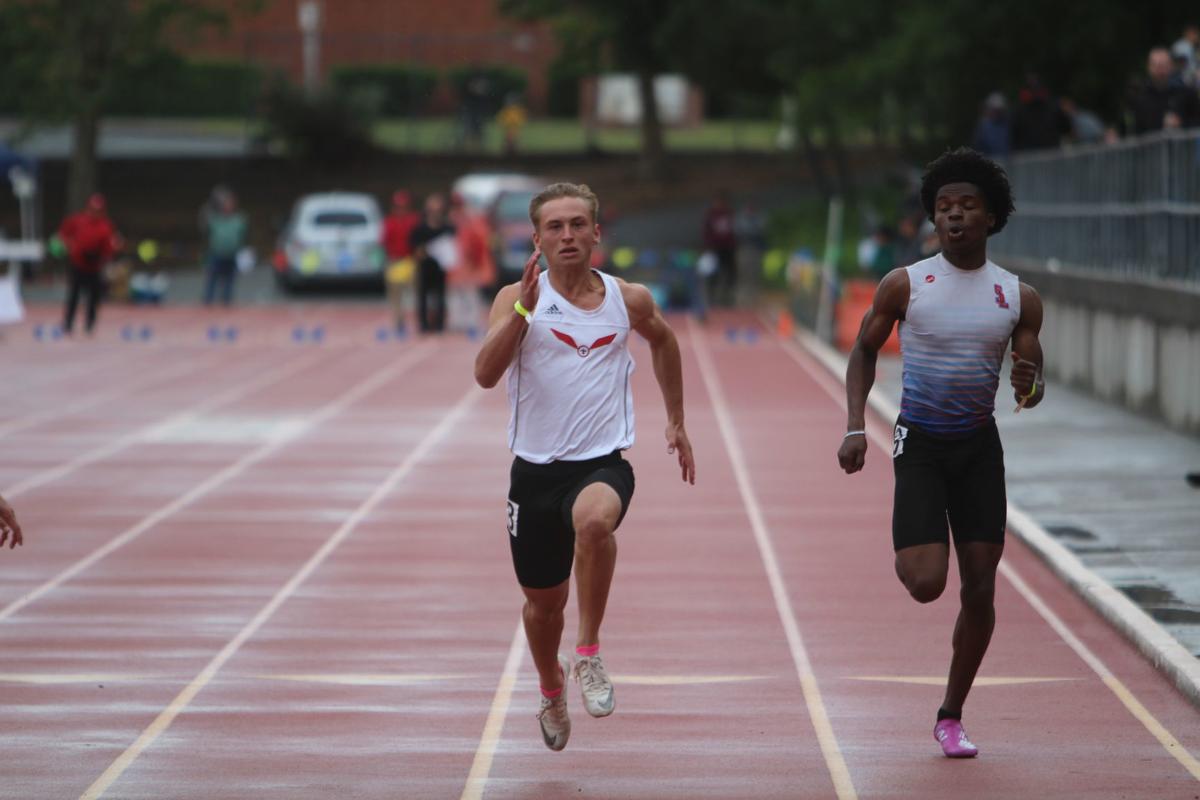 St. Helena junior Ryan Searl tears down the track in the final of the boys 100-meter dash during the North Coast Section Meet of Champions at Diablo Valley College on May 18, 2019. Searl finished fifth in the race in 11.16 seconds. 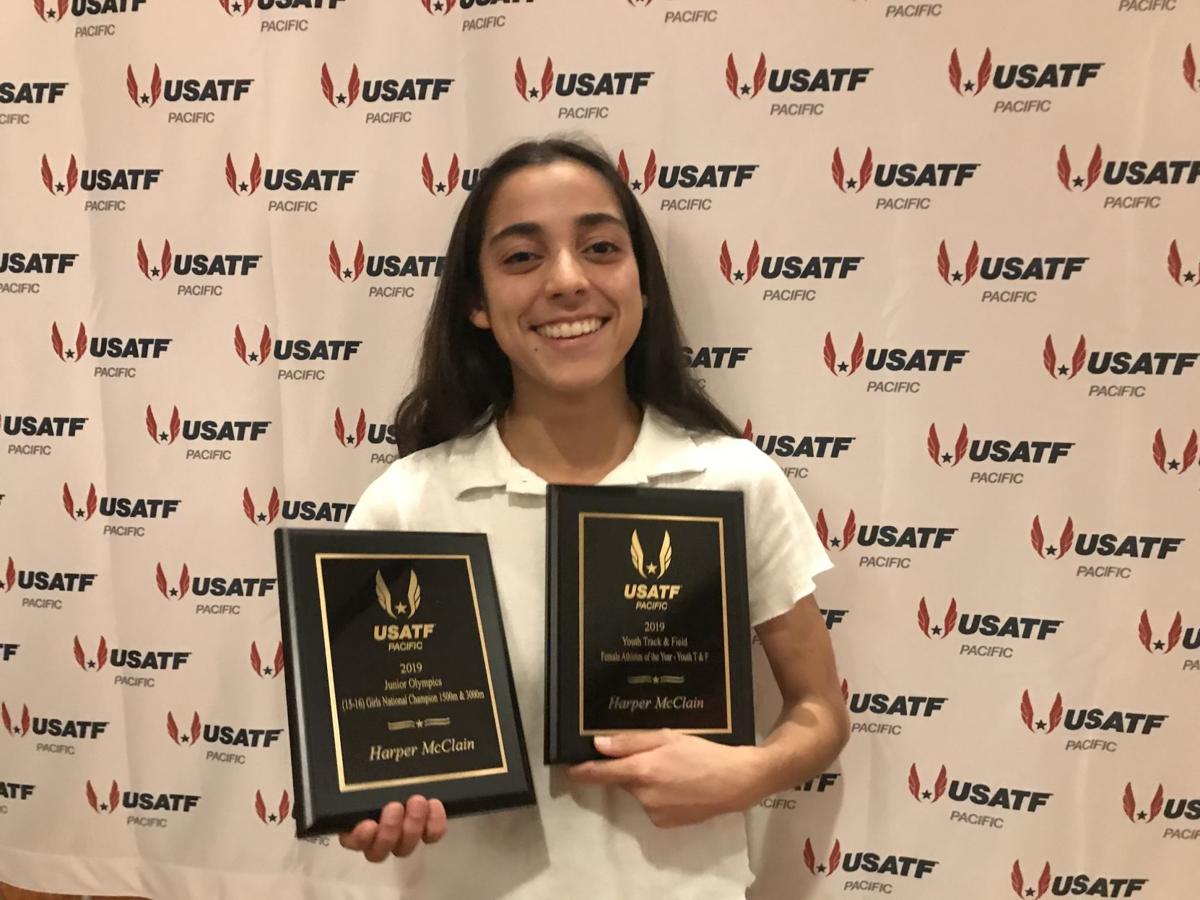 St. Helena junior distance runner Harper McClain holds up the two plaques she received from the inaugural USATF Pacific Region awards banquet on Feb. 1. McClain was named the Female Athlete of the Year.

St. Helena High’s Ryan Searl feels as confident as ever heading into his final season of high school track and field.

The senior has had a stellar career thus far as one of the Saints’ top sprinters. But his most recent batch of newfound confidence stems from his performances during the winter track season, which wrapped up with the Winter Championships at Arcadia High over the weekend.

“My start (in the 60) didn’t feel amazing, but I guess it was pretty good,” Searl said in a phone interview on Sunday. “The first race kind of warmed me up for the second, and then the 150 – it was just not my day for the 150. I was kind of fatigued from those first two 50s because the way the meet was set up there really wasn’t much of a rest period between events, so I was just constantly running around and was kind of exhausted by the end.”

Still, Searl considered his final go-around in winter track to be an overall success. He’s been competing in the lesser known track season since his freshman year, but this was the first time he’s competed at the Winter Championships.

“Considering I have lifted absolutely nothing this year because of injury and to save my back, and last year I was lifting a lot and I ran faster this year than I did last year, I think that’s a good sign for when I start to lift,” he said.

“I think I’m going to have a pretty amazing season.”

Searl said one of the main reasons he had not competed at the Winter Championships until this year was simply because he chose not to. Other years, he opted to compete at the Cal All Comers meet in Berkeley, the same weekend as the Winter Championships, against Northern California competition he would routinely see later in the spring track season.

But new motivation presented itself this winter.

Searl currently has sprint times good enough to qualify him for the Arcadia Invitational, one of the largest and most prestigious meets in the country. He said he is aiming to compete at this meet in early April and wanted to get familiar with the track and facilities since it will be held at Arcadia High, the same venue as the Winter Championships.

Plus, he said, he wanted a new experience for his senior year.

Heading into the spring track season, practices for which officially began Monday, Searl projects to once again be the Saints’ top sprinter. He’s coming off of a fifth-place finish in the finals of 100 meters at the North Coast Section Meet of Champions and has his sights set on reaching the state meet this spring.

He has high expectations for himself and his team in the coming months.

“I’d say just tune into this season and to what happens at St. Helena High School track.”

At the first-ever USA Track and Field Pacific Regional awards banquet on Feb. 1 in San Francisco, McClain was named the Female Athlete of the Year. USATF is the governing body of the sport.

McClain was also recognized for winning a pair of national titles in the 1,500 and 3,000 over the summer at the USATF Junior Olympics.

St. Helena junior Ryan Searl tears down the track in the final of the boys 100-meter dash during the North Coast Section Meet of Champions at Diablo Valley College on May 18, 2019. Searl finished fifth in the race in 11.16 seconds.

St. Helena junior distance runner Harper McClain holds up the two plaques she received from the inaugural USATF Pacific Region awards banquet on Feb. 1. McClain was named the Female Athlete of the Year.