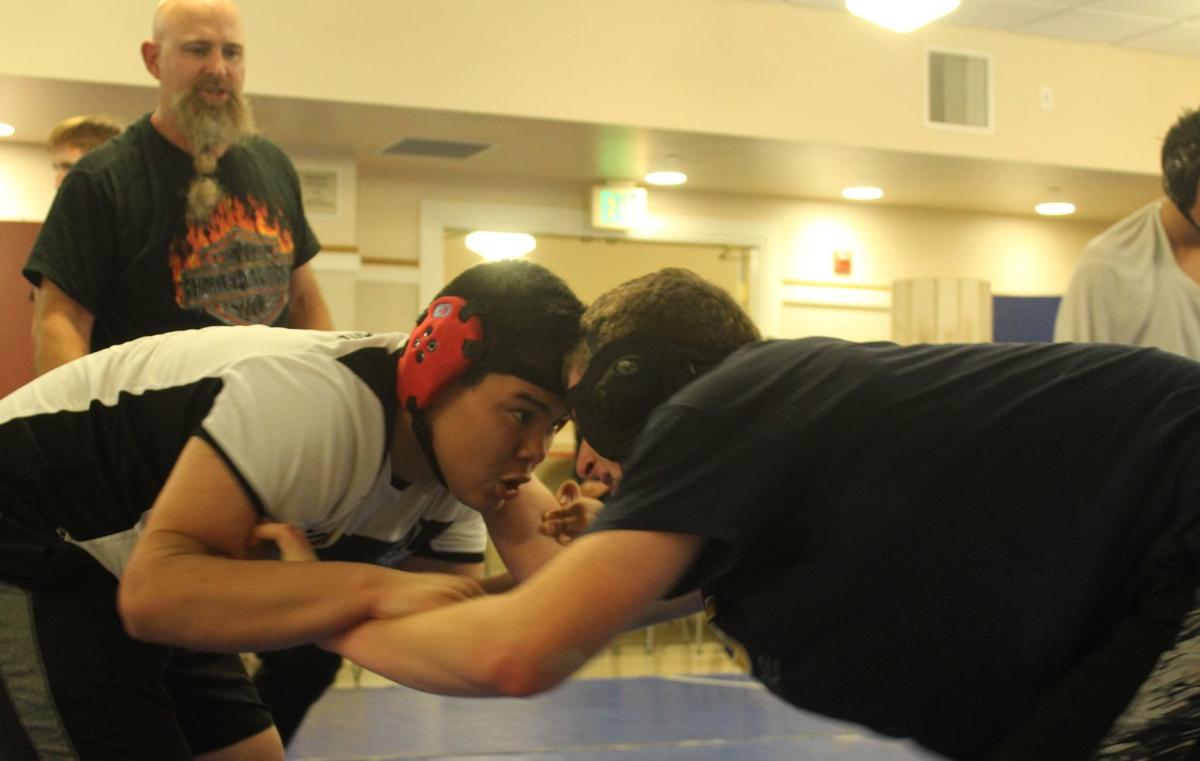 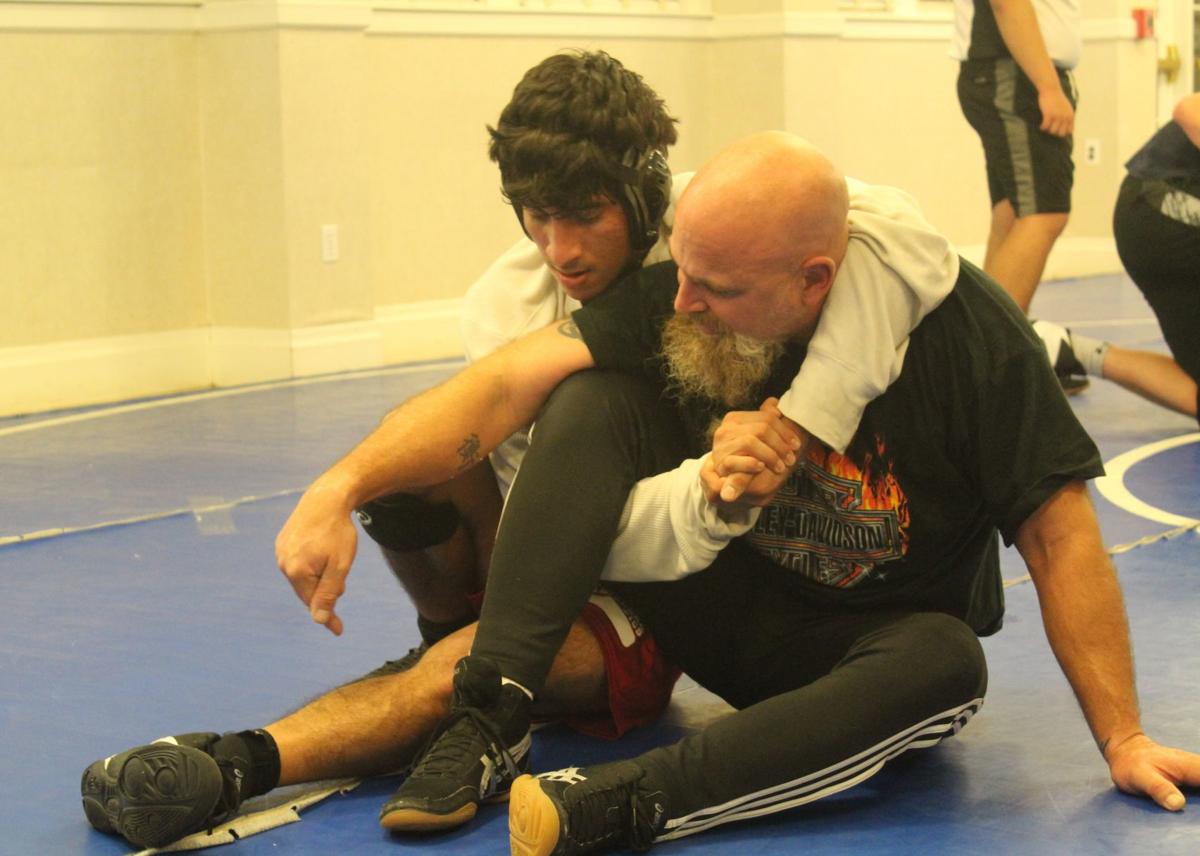 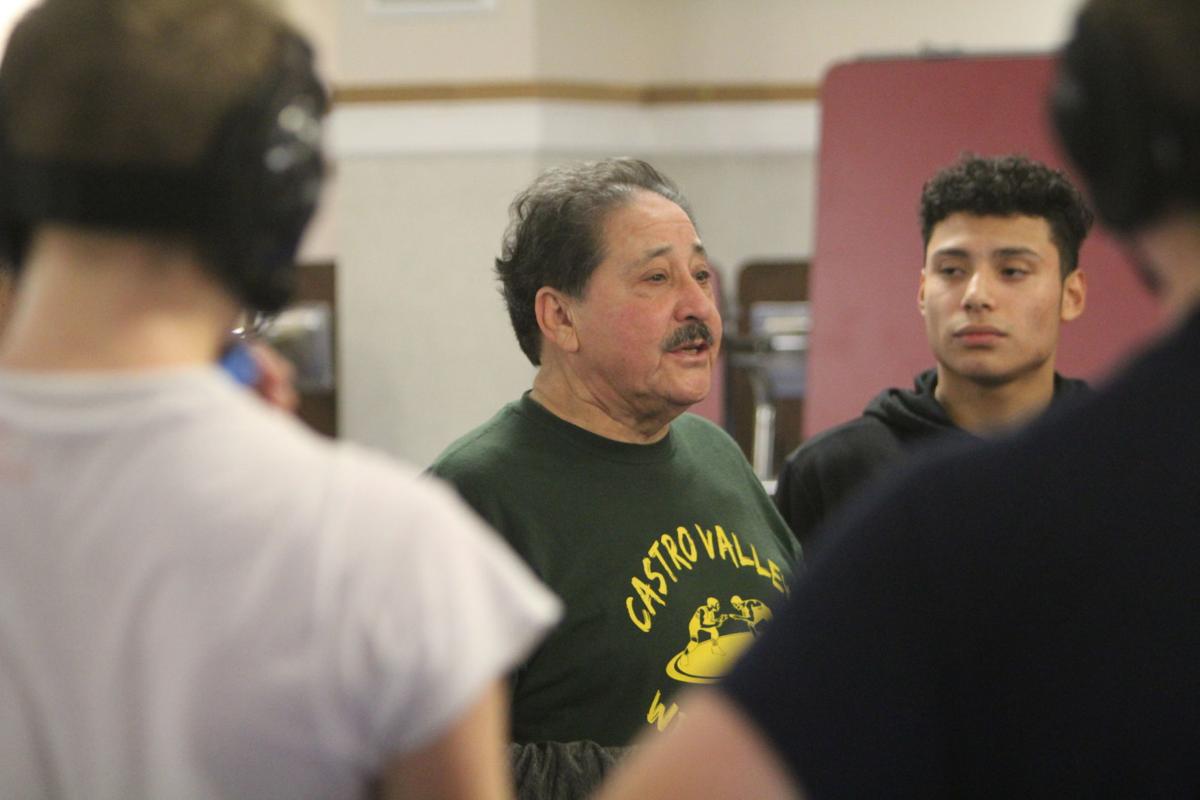 Steve Solis sat hunched over a small table in the multi-purpose room of St. Helena High’s Administration building as about a dozen teenagers from the school’s wrestling team grappled and grunted, a mess of limbs and sweat.

The first-year head coach of the program was deep in discussing his multi-decade background in the sport when suddenly his attention snapped to the mat.

The wrestler adjusted and Solis, content his instruction had been followed, turned back and chuckled, “I can’t help it, I’m sorry.”

Solis’ life has been defined by wrestling and for the past few years he’s almost single-handedly kept the youth scene alive in St. Helena. He took over and revitalized the program at Robert Louis Stevenson Middle School starting in 2017 and is now attempting to do the same thing with the once-storied program at the high school, which has been on hiatus for the past two years due to a lack of participation.

While Solis, 69, has been coaching for decades not many situations have carried such stakes as this season does. This will be a tryout year of sorts for the program. The Saints will not formally compete in league meets this winter and if the program is to fully return to league competition after this season there are certain benchmarks it needs to reach.

The primary goal hinges on keeping participation up. The program folded after the 2016-17 wrestling team ended the year with only two wrestlers. St. Helena High School Athletic Director Tom Hoppe told the Star in October, around the time the school officially decided to bring the sport back for this year, that the administration would like to see the team finish with around 12 to 15 wrestlers or at least enough to fill each of the 14 weight classes.

“We’ll see how it goes this year and evaluate at the end of the year,” Hoppe said in October.

When practices officially began on Nov. 5, Solis had a roster of about 20 kids who had signed up. Almost two months into the season, that number is now down to 15 but Solis is fairly confident it won’t drop further. He explained that most of those who have already tapped out were coming off of extended fall sports seasons and simply needed a break. Those who remain six weeks in are committed, he said.

Most of the freshmen wrestled for Solis at RLS and were a major factor for getting the high school program running again. They were as committed a group as Solis had ever coached, he said, but RLS was a feeder program that had no high school team to feed.

After several strong seasons at RLS, Solis had to ask himself, “Where do we send these kids?”

So, along with the parents of the kids from the RLS team, Solis and assistant coach Michael Hanna — one of two assistant coaches also helping with the high school team, the other being Will Sasser — proposed to the high school administration to bring the program back. The administration was open to the idea but wanted assurances that the team could field and retain enough wrestlers to justify a return to league competition, where some schools have to travel several hours for away meets.

“How do you bring a team from Fort Bragg here and there are only three wrestlers?” Solis said. “That’s not fair to them.”

Solis and his incoming freshmen wrestlers worked all fall to get others to join the team and eventually brought their sign-up list of 20 to the administration. That proved to be the final piece Solis needed as the administration gave the OK to bring the team back for this tryout run just weeks before practices officially began.

In the month-plus that has followed, the Saints have so far competed in a handful of meets with decent results, especially considering not a single wrestlers on the team has any prior high school experience and only a handful have any wrestling experience at all.

Martinez, who is also the starting quarterback for the varsity football team, wrestled in sixth grade but had said that he would take it up again if the high school team ever returned. It didn’t take long for him to rediscover his affinity for the sport.

Martinez likes that the sport offers something different than what he’s done in the past, a team sport but with individual competition.

“I just liked the idea of switching from a team sport to this where it’s like you have your team but when you’re in a match it’s just you and nobody else,” he said. “I thought it’d be cool to experience that, something new, something different but kind of similar at the same time.”

Argueta, the team captain, echoed a similar sentiment. This is his first year ever wrestling but he fell in love with it day one of practice. He said he’s always been drawn to physical sports but wrestling is more than that. He said the mental sides of it – the toughness aspect, the mind games and the strategy – all give the sport more depth, which he finds incredibly appealing.

“This is a great sport,” he said, “and I really hope it keeps on going.”

As a senior, this will “sadly” be his first and last season of high school wrestling but he said he’s encouraging other younger friends of his to join. The team knows that the future of the program is at stake and they want to keep it going as much as Solis does.

Martinez said he’ll “definitely” join the team next year, if it continues of course.

Solis said he’ll do everything in his power to retain kids and keep the numbers up. With retention the main goal of the program this season, Solis said he’s even eased up on his intensity, which he admitted has been something he’s had to adjust to. He’s coached state-championship level wrestlers before and always expects the most out of his teams.

But he too understands what’s at stake this year, that the immediate future of the program is riding on this season and, as someone who loves the sport, he wants nothing more than to see it continue long after he’s handed the reigns to someone else.

So far the feedback he’s gotten from rival coaches, school administrators, parents and members of the team has all been positive. Community members in St. Helena are thrilled that the once-great program is back and opponents have been impressed by grit and toughness they’ve shown at meets.

As for the future, Solis is already trying to plan ahead for next year as far as numbers go. They’ll be losing about a third of the team to graduation but will likely replace those lost with another strong group of incoming freshmen.

He also said he’s heard from a number of kids around the high school who are interested but needed to focus on their grades before making the commitment.

Obviously, with about two months left in their season it’s still too early to tell what the future of the program will hold, but Solis and Co. will do their best to see the program continue into the 2020-21 school year.

The St. Helena High wrestling program, dormant since the 2016-17 school year, is set to make a triumphant return this winter.