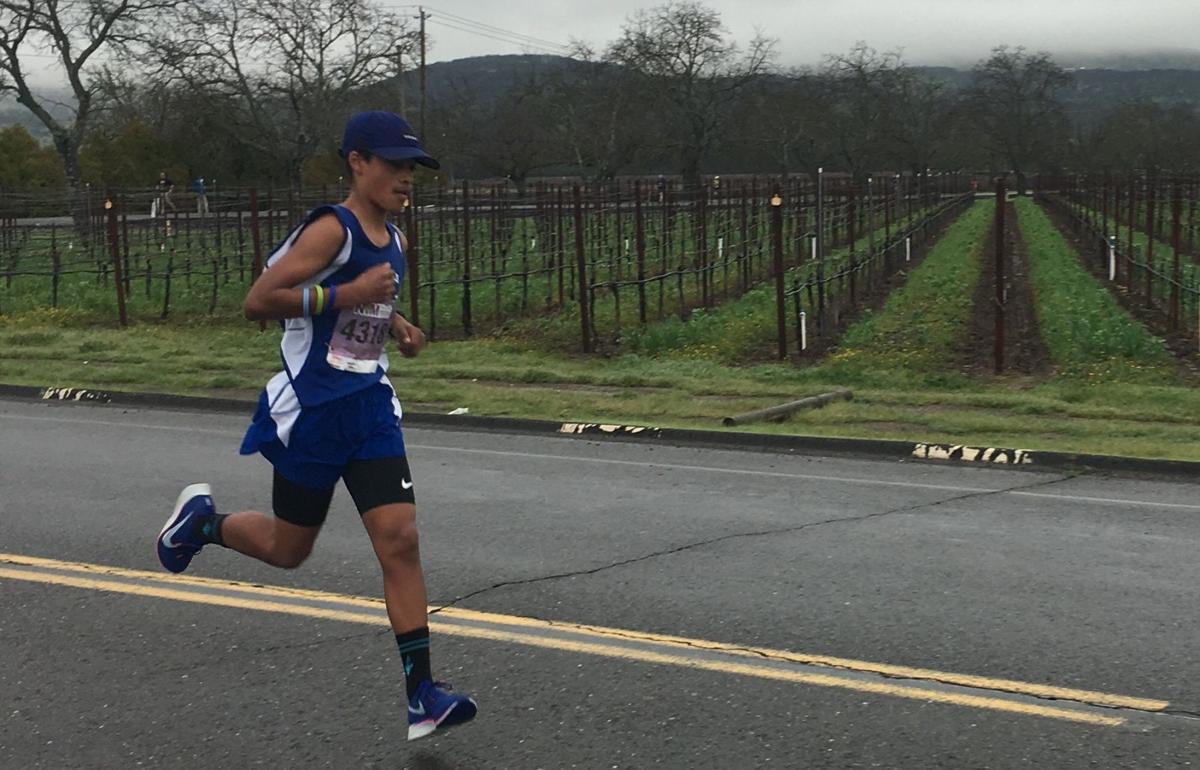 Cleo McClain stays focused as he runs the Napa Valley Half Marathon in March 2019. As a 13-year old, McClain finished with the fastest half marathon time among St. Helena entrants and had the second-fastest finish in his age group. 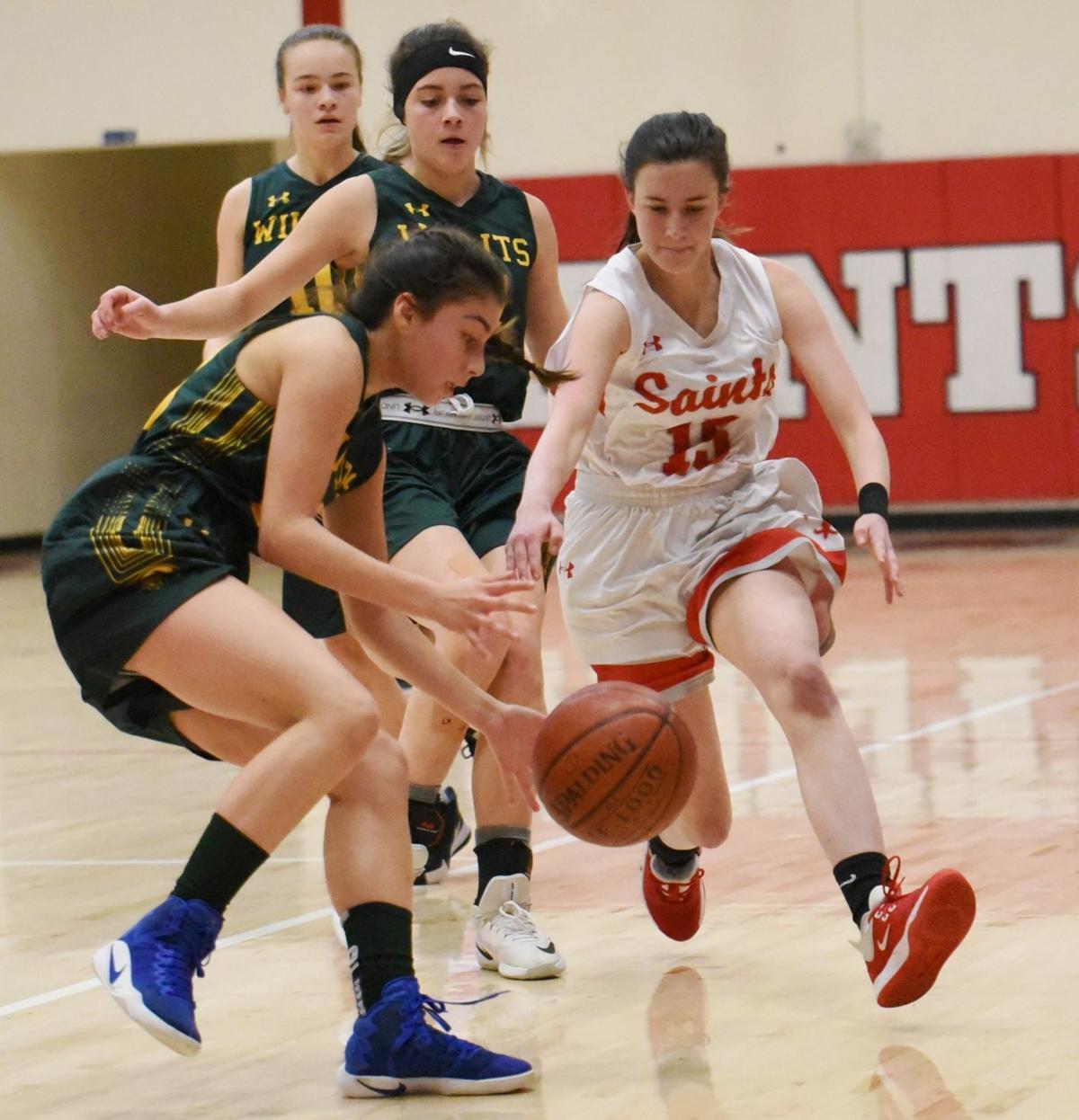 St. Helena's Sofia Cupp runs into Willits defenders during a game in January.

The Star has turned its attention to the Napa County student-athletes who are returning to play sports in 2020-21.

Per announcements from the California Interscholastic Federation and North Coast Section in late July, fall competition for high school sports in the 2020-21 school year is now scheduled to begin in January with the rest of the sports slated to start in March to help stop the community spread of the coronavirus.

In the spring of 2019, McClain made headlines when he ran one of the fastest times from a local in the field of the Napa Valley Half Marathon.

Even as a freshman, he ran most of his races at the varsity level and performed admirably even against older and more experienced runners. He capped off his season with two stellar results at postseason events, finishing fifth in the North Central League I boys varsity division with a time of 17:33 before going on to record a 70th-place finish at the Div. 5 NCS Championship Meet. That finish may not seem great on paper but he was the seventh-fastest freshman in the field of nearly 200 runners.

McClain was set to test his speed and endurance for the Saints track and field team in the spring but never competed before the season was ended in March by the COVID-19 pandemic.

On the bright side, McClain still has years ahead of him to show what he’s capable of.

Cupp, now a sophomore, is one of the rising athletes at St. Helena.

As a member of the Saints girls varsity basketball team, she finished third on the team in scoring (minimum 10 games played). She appeared in 17 of their 26 games and averaged 2.7 points and 1.9 rebounds per contest.

While the Saints had another down year, the play of Cupp as a freshman was encouraging and it appears she’ll be a factor on the hardwood for next couple years.

Cupp was also an impressive member of the young St. Helena varsity softball team. As one of five freshman that made varsity in the spring, Cupp was leading the team with a .444 batting average. She had 4 singles, 4 RBI, 5 runs scored and a team-best .583 on-base percentage in the three games she played in before the season was cut short by the COVID-19 pandemic.

Cupp was likely going to be among those in the running for the County Softball Newcomer of the Year award had the season continued. But based on what she’s shown in her brief high school career so far, it’s likely this won’t be the last time she’s contending for a season award.

Employees at Caffe Della Valle and the Speedway convenience store were cited Tuesday as part of a sting operation conducted by the St. Helena Police Department.

The Napa Bookmine Literary Foundation was created to provide free books to kids, families, and teachers in Napa County, build community, and foster a passion for learning through literacy-themed events.

The St. Helena Chamber of Commerce handed out awards Thursday to the winners of last year's Celebrate St. Helena awards.

Napa Valley CanDo’s Napa Valley Give!Guide is completely online this year. Use it to donate to any of 57 local nonprofits.

Our Town St. Helena won approval to build four affordable housing units at 963 Pope St., making a total of five on the property.

Cleo McClain stays focused as he runs the Napa Valley Half Marathon in March 2019. As a 13-year old, McClain finished with the fastest half marathon time among St. Helena entrants and had the second-fastest finish in his age group.

St. Helena's Sofia Cupp runs into Willits defenders during a game in January.