Become a Member
Read Today's E-edition
Share This
'All Birds Bright and Beautiful': A former Apple engineer's show opens at the Napa library
Share this
1 of 3 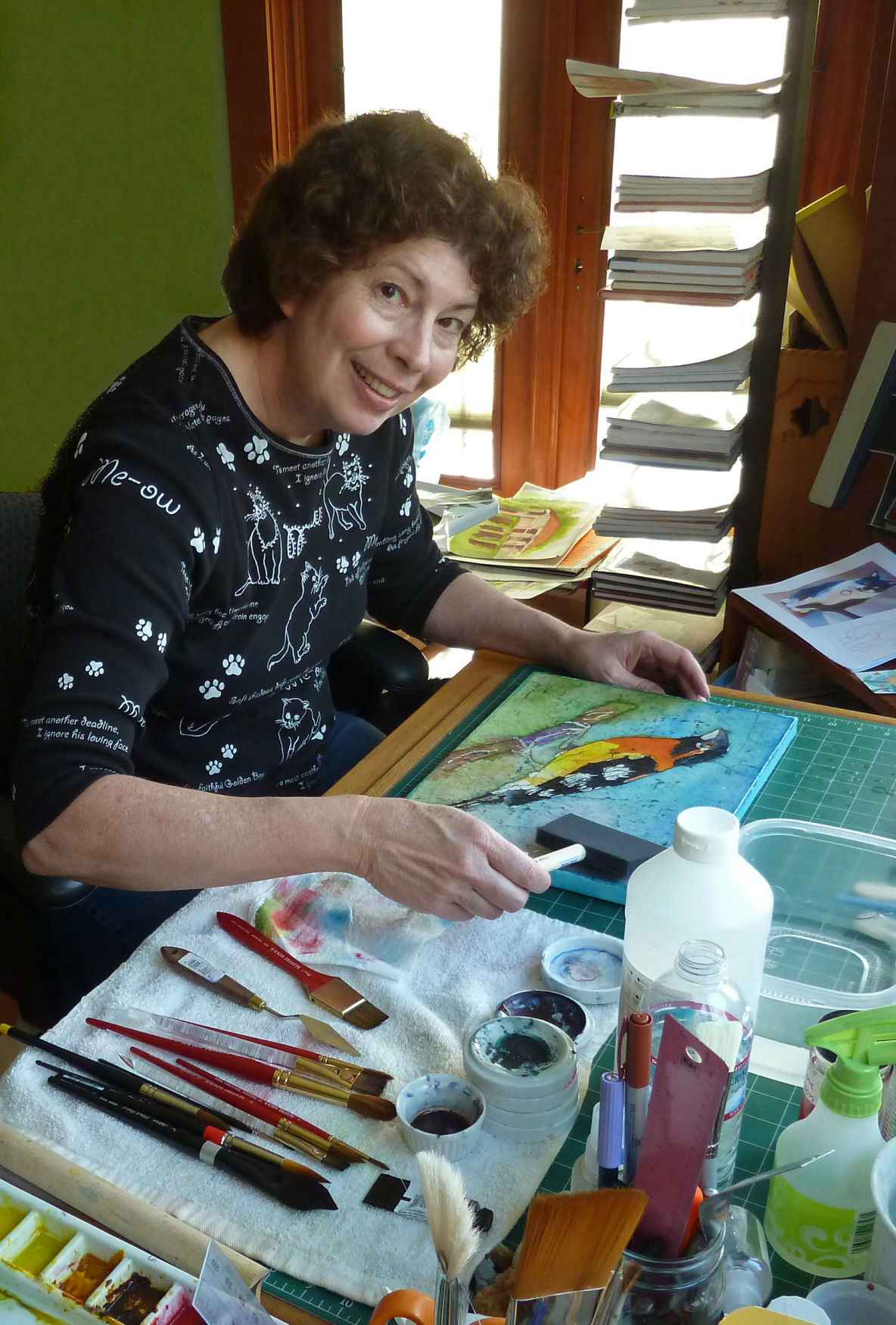 Artist Ann Nunziata worked as an engineer at Apple in the 1980s before becoming an artist whose specialty is birds. Her artwork will be on display in April at Napa County Library. 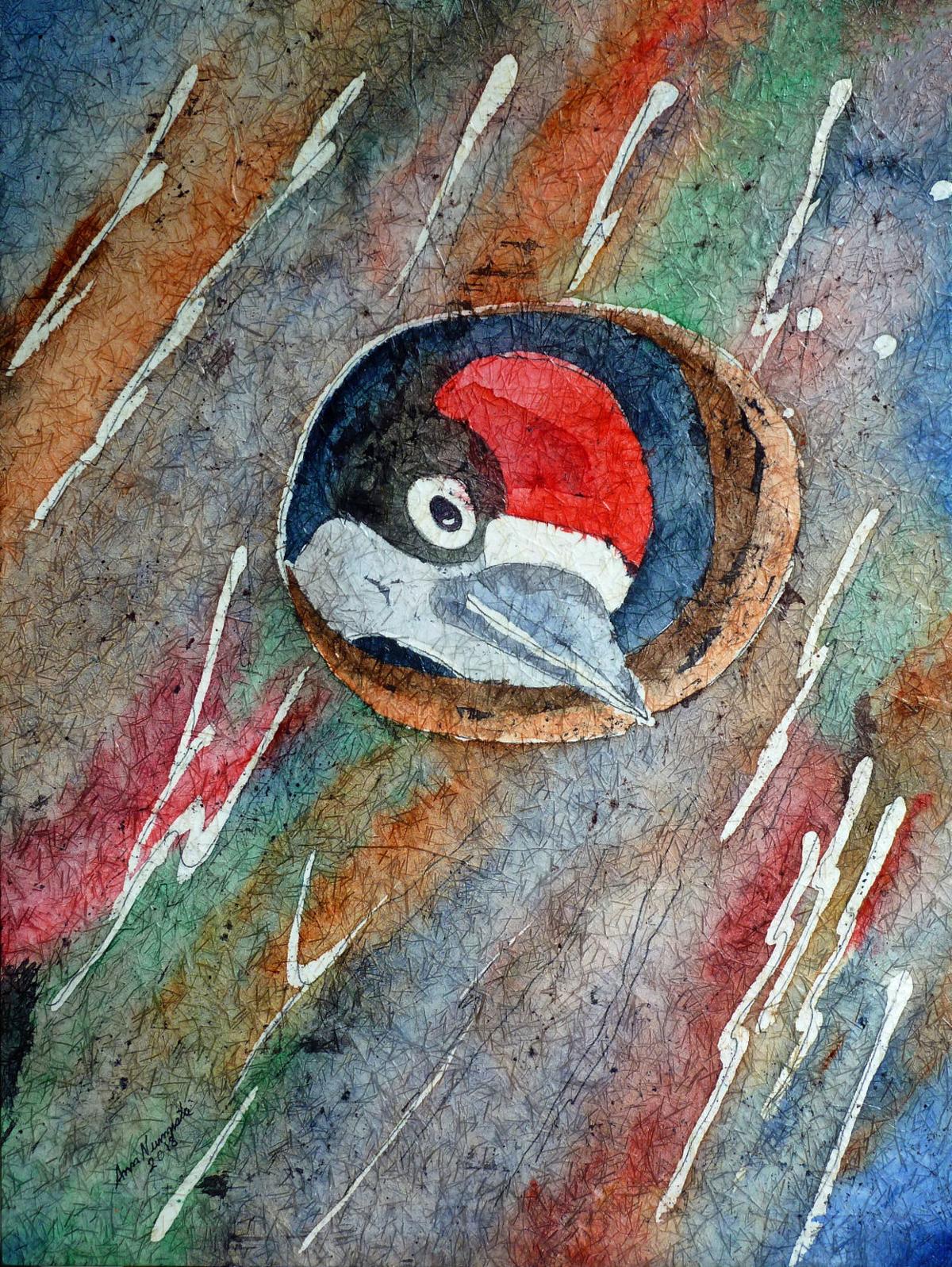 The watercolor batik paintings of Ann Nunziata can be seen at the Napa County Library throughout the month of April. 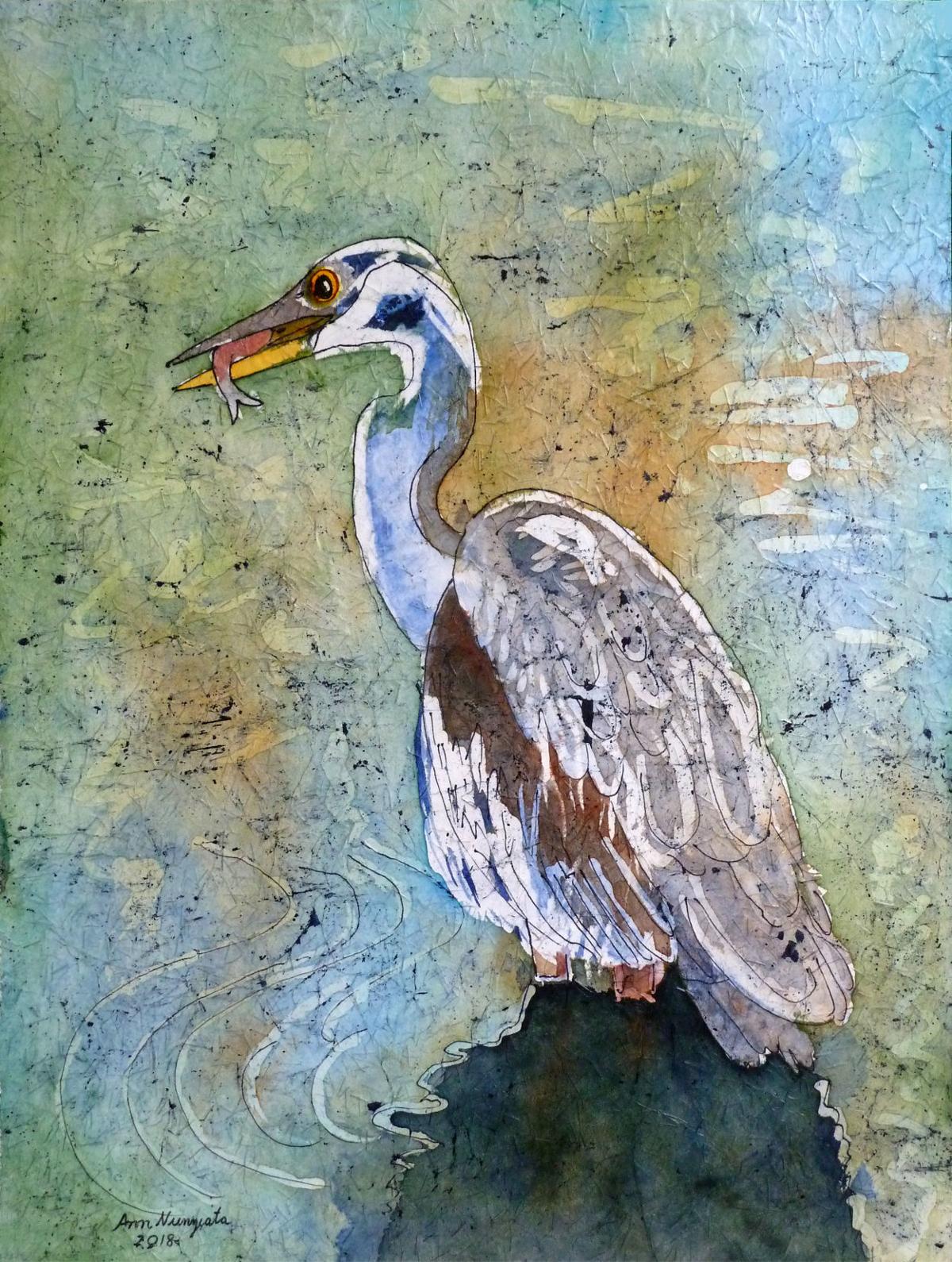 “As you can see, I’ve always loved birds,” said Ann Nunziata, laughing good-naturedly as she handed her visitor a small book she’d made at age 8.

Stapled together, the cover of the aging book bore witness to her enduring affinity for winged creatures. In all capital letters, a childish hand had printed “Birds by Annie.”

Now, many years later, the birds she paints have a wider audience than they did when she was a little girl. They sell locally and nationwide, and her artwork was selected, in a juried competition, to adorn the walls of the Napa County Library this month.

Nunziata, a self-taught artist, said she was “thrilled and excited” when her art was chosen as the library’s exhibit for April.

A reception for her show, “All Birds Bright and Beautiful,” is scheduled for Friday, April 13, from 6-7:30 p.m. Complimentary wine and hors d’oeuvres will be served, and Nunziata will give an informational talk at 6:30 p.m.

Her brightly colored watercolor batik paintings bring the freshness of the outdoor world into the library. Nearly every canvas showcases a closeup of a hummingbird, red shouldered hawk, acorn woodpecker, quail, great blue heron, scrub jay, bald eagle, sparrow or some other type of bird.

Besides birds, her exhibit includes something else in flight: paintings of the hot air balloons that fly over her property.

Nunziata and her husband built a home in Napa on the property that her husband’s family has owned for many years. Yellow daffodils line the private road to their home that is set among meadows, trees and a stream.

When she is not working on her art inside her home or “plein air painting” outdoors, Nunziata is outside playing tennis, skiing, camping, gardening or sailing.

For the past several summers, she and her husband have navigated their sailboat from Toronto out the St. Lawrence Seaway and throughout the Canadian Maritimes as far north as Newfoundland. They sailed the eastern coast as far south as South Carolina and then down the Atlantic to several of the Bahamian Island chains before returning to Florida. Their boat is currently in Anacortes, Washington awaiting future adventures on Puget Sound.

“I’m an outdoor person. I love observing the natural world,” she said. “It really is true that you look at things differently with an artist’s perspective.”

Before her involvement with art, Nunziata, an electrical engineer who graduated from Stanford University, had a career with Apple Computer for two decades.

“I was interviewed for the job at Apple by the man who became my husband a year later,” she said, laughing.

When Nunziata began working at Apple in the early 1980s, she was the first woman in her group and the first female engineer.

“I got there right after Steve Wozniak had distributed some of his stock,” she said. “It was an era of conspicuous consumption.”

Though she never had a conversation with Apple’s famous founder and CEO, Steve Jobs, the first time she heard his voice was unnerving.

“I heard someone screaming. It was Steve Jobs. It was rumored that he admired people who stood up to him,” she said. “I was too far down the chain to interact with him.”

At a company Halloween costume party, Nunziata and her husband waved at Jobs through a glass partition and Jobs just scowled back at them. Even though there was a lack of friendliness from Jobs, she admired him.

“Apple needed Steve’s vision, she said. “He wanted the Mac to be like Cuisinart – just push a button and it will work.”

“It was a very exciting time to be at Apple,” she said. “Steve made you feel like you were changing the world. At Apple, we were exposed to all the creative things you can do with computers.

“My biggest disappointment is that we were trying to make people’s lives easier with computers and now people are connected all the time,” Nunziata said. “I feel like this prevents people from having real experiences and it gets people too wound up.”

Nunziata has transferred the dynamic energy she once put into her computer career into her art. Besides producing her own artwork, she immerses herself in art books and magazines, YouTube tutorials and art workshops.

She admires the French Impressionists and the expressive style of Alvaro Castagnent. She has also learned “a great deal” about watercolor from Birgit O’Connor and Michael Reardon.

“Her classes were very inspiring, and his paintings changed my life,” she said. “I was very frustrated with my paintings before taking his class. Most artists use yellow to bring in light. He uses orange — and it works.”

Nunziata first read about the watercolor batik method, which she now uses, in the Watercolor Artist magazine.

For her watercolor batik paintings, she uses rice paper. When her painting has dried, she applies melted wax to its surface.

When the entire painting is waxed, she lifts the painting and waves it in the air to cool it off. Once the wax has cooled, she crumples the waxed painting into a ball that she holds in her hand.

“Yes, it was really scary the first time I did this with a painting. To think of all the work I’d put into it, and then to crumple it,” she told a shocked visitor.

Next, she uncrinkles the painting and spreads it flat on her work surface and brushes over it again with a paint mixture. Again, she waxes it. She irons it out between newspapers to remove the wax.

“This is what gives it the crinkly look,” she said.

She is planning to share the watercolor batik process during her art talk at the library.

Nunziata is a member of the Napa Valley Art Association, the California Watercolor Society, the Pastel Society of the West Coast and the Napa-Solano Audubon Chapter.

She donates a portion of the profits from the sale of certain bird paintings to the Napa Solano Audubon Chapter. After all, she has always loved birds.

The transformative art of Stephen Bruce

Stephen Bruce was not always a full-time artist, but at age 47 he left his day job behind and struck out on his journey as a creator. Today, his work is in homes, collections and museums around the world, as well as many popular movies.

During January, the Napa Library is featuring work by local photorapher and artist Marissa Carlisle.

Tim Roth says he never expected to return to Marvel

Tim Roth says he never expected to return to Marvel

Artist Ann Nunziata worked as an engineer at Apple in the 1980s before becoming an artist whose specialty is birds. Her artwork will be on display in April at Napa County Library.

The watercolor batik paintings of Ann Nunziata can be seen at the Napa County Library throughout the month of April.