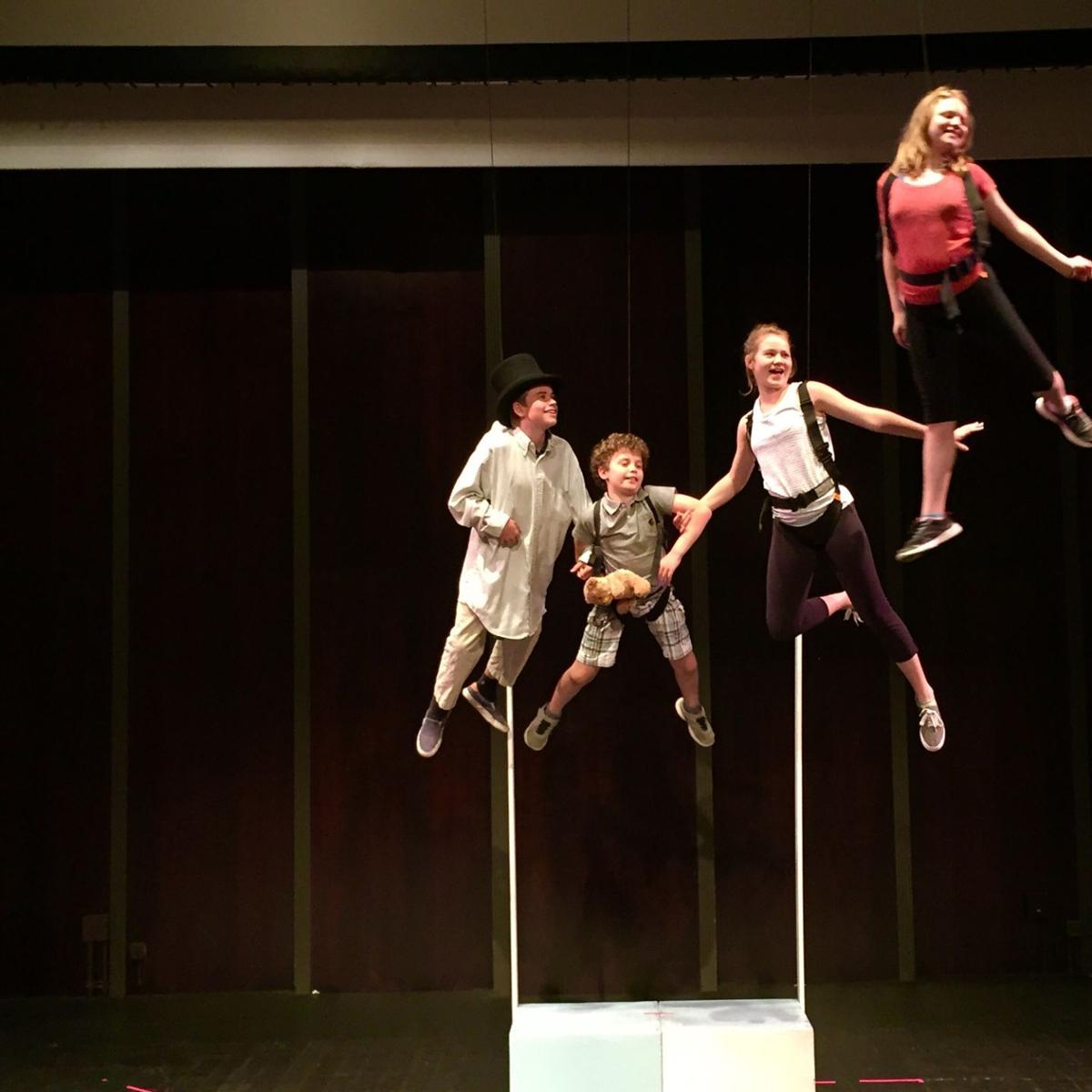 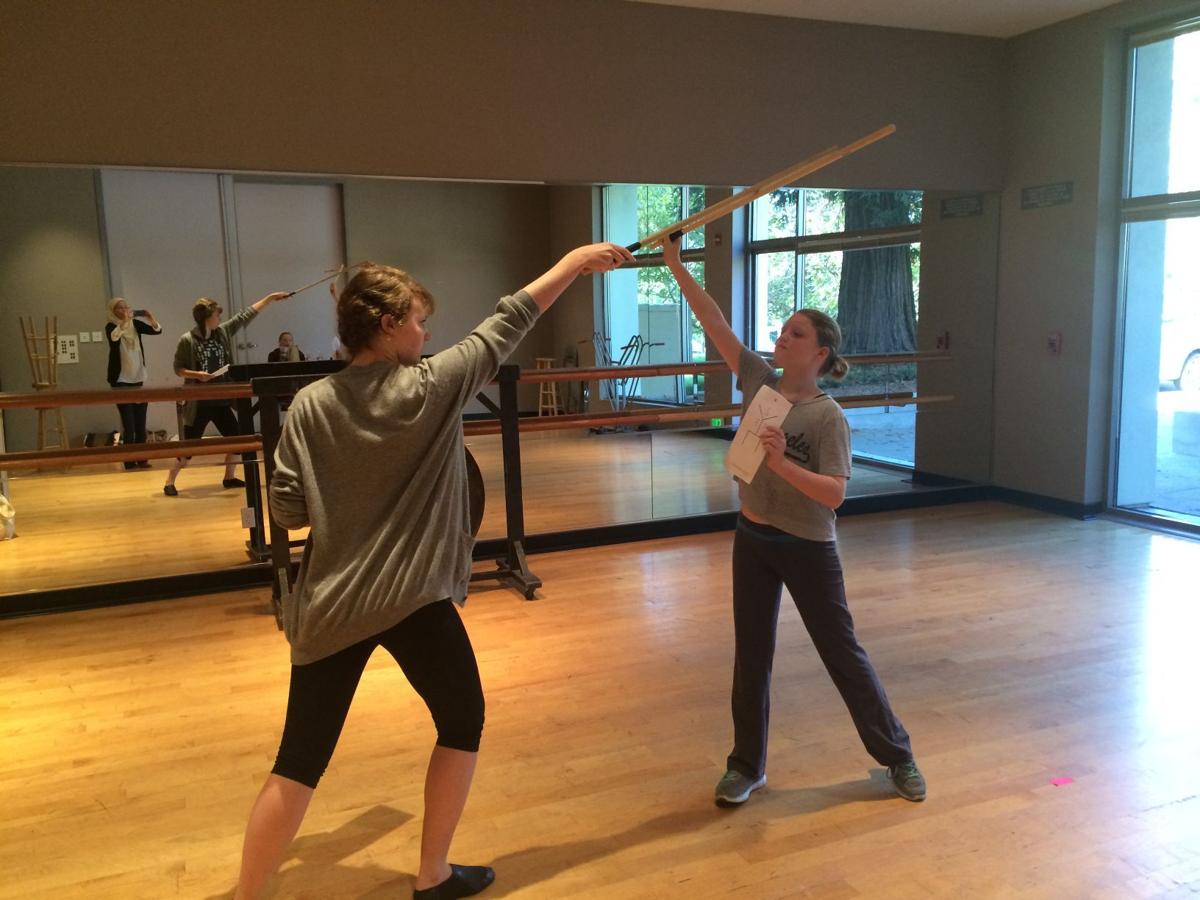 Cafeteria Kids Theater, in partnership with Lincoln Theater, presents the 1954 classic Broadway musical “Peter Pan,” based on the original story by J.M Barrie, which tells the magical tale of pirates, lost boys, braves and mermaids led by the boy who wouldn’t grow up.

Performances run from Nov. 5-8, with ticket pricing varying from $10-$20 depending on performance date. To purchase tickets, visit LincolnTheater.com or call 707-944-9900.

“Second star to the right and straight on till morning!”

J.M. Barrie’s famous set of directions to Neverland can be heard throughout rehearsals on the Lincoln Theater stage; however, this Pan will have a slightly different twist.

Olivia Cowell and Aimee Guillot direct the production, with musical direction by Vivian McLaughlin. The cast includes more than 45 actors from Napa Valley ranging in age from 7-17.

Like the original 1954 production starring Mary Martin as Peter, this production will also have a female lead in the role of Peter Pan, Josie Goldfarb. Unlike the original, however, this “Pan” has a second female lead, 15-year-old Karenna Meyer, who plays Peter’s nemesis and arch-villain, Captain Hook.

According to Cowell, “We hadn’t even thought of Karenna for the part, but during callbacks, we were watching her read for another character and my co-director Aimee (Guillot) and I looked at each other and, at the same time, said, ‘Could you read Hook?’ She started in and it was this hilarious combination of Jack Sparrow meets Miranda Priestly meets Bill Nighy. We were enthralled.”

As it turns out, female pirates were no strangers to the Seven Seas. “We did a little dramaturgical research, and there were a minority of female pirates in a male-dominated profession,” Guillot said. “We thought Karenna playing Hook as woman would be a terrific twist to one of the best-known villains of all time.”

“Playing Captain Hook as a woman has been such a wild ride for my character,” Meyer said. “The role is free of the stereotypical deep voice, dark facial hair, and a female Hook completely throws a wrench into the pirate dynamic.”

No stranger to the stage, Meyer was most recently in “Once on This Island” at the Napa Valley College Performing Arts Center, as was younger sister Lianna Meyer, who plays the role of Wendy Darling.

What is it like sharing the stage with a sibling? “My sister and I have been acting together since I was 5 years old,” Lianna Meyer said, “so being onstage is like second nature to us. It is a ton of fun interacting with each other.” Toward the end of the show one of those interactions will involve Lianna flying.

“At first, I was a little scared of what flying might be like, but after the first flying rehearsal, I feel like it’s my new hobby,” she said. “It feels really cool to be in the air while acting and talking to other actors.”

As in many productions of Peter Pan, four or five actors are sometimes lucky enough to get the chance to fly and this show is no exception.

“We decided to bring in a professional flying company out of Louisville, Kentucky, and I can report there were multiple squeals of joy during flying rehearsal,” Cowell said, “but it was also hard work. The actors had to learn flight choreography and get used to singing and speaking while being whisked through the air. It is wonderful they are getting such a unique opportunity as young performers.”

Cafeteria Kids Theater is part of Lunchtime Productions Inc. a nonprofit organization serving up drama to kids and teens in Napa Valley. For information, visit CafeteriaKidsTheater.org.

A bit of Napa in every piece: Napa artists who use natural elements

The Napa Valley is filled with artists who incorporate local flowers, berries, wood, and grapes into their work.

A variety of songs from musicals well known, and obscure.

Christmas at Pemberley, Beethoven at Jarvis, ice-skating in Napa, and the San Francisco Nutcracker returns to the stage this season.

Madonna gets her third tattoo, completing her tattoo trilogy