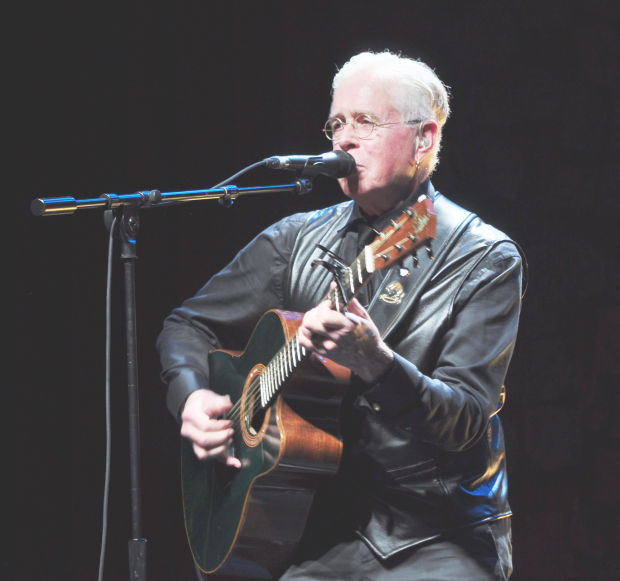 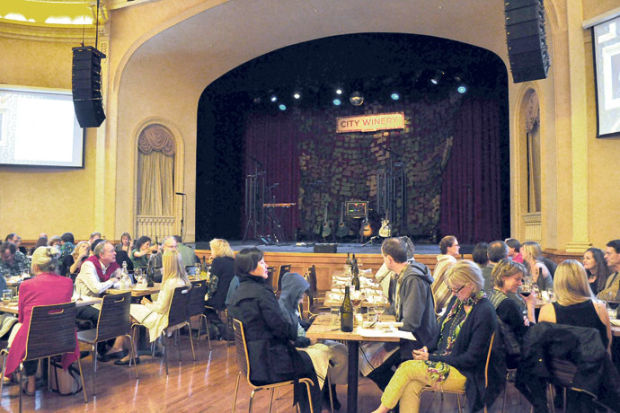 He was an ironic vision as he strolled out to begin, the outspoken pacifist dressed black-on-black, his trousers tucked into high combat boots, looking about as military as civilian clothes will allow. This may be a simple fashion choice, but his artistic interest in the play of opposites, which runs through his entire body of work, makes me wonder.

Cockburn combines lyrical imagery and complexity with stunning guitar work both as a very percussive rhythm player and as a soloist. For those unfamiliar with his repertoire, the songs can satisfy without interpretation on the sheer pleasure of the melodies and the performance. On repeated listening, he is drilling deeply into personal, political and spiritual themes.

A few lines from one of his most popular songs, “Lovers in a Dangerous Time,” itself a title loaded with tension, exemplify the kind of polarity that Cockburn is intrigued with:

“One day you're waiting for the sky to fall, the next you're dazzled by the beauty of it all.”

“Nothing worth having comes without some kind of fight, got to kick at the darkness 'til it bleeds daylight.”

Onstage, Cockburn is surrounded by instruments, some expected and some surprising. He moves between four guitars — two six-strings, a 12-string, and a steel National. To his right a standing mountain dulcimer waited almost the entire evening until he stepped up to it to close the main body of the show with the prayerful “Arrows of Light.”

Most surprising were four sets of towering vertical chimes, two on each side of him, which he ignited with foot pedals while performing the six-string instrumental, “The End of All Rivers,” and an intense solo on “Stolen Land.” In the latter, a song raging against injustice, the chimes were church bells juxtaposed with the explosive guitar work. Opposites again.

There were light moments. No Cockburn show goes without a sing-along on “Wondering Where the Lions Are,” his biggest commercial hit, with a call and response chorus likely to leave many an attendee with an earworm for a while.

Two of his three encores were distinctly unserious. The first, “The Blues Got the World,” is completed in all three choruses with “by the balls.” Several years after writing it, Cockburn said, “I remember sitting in the back of my camper, feet dangling off the tailgate, being highly amused at myself over this one.”

The second encore was “Anything Can Happen,” a hilarious meditation on all of the improbable things that could kill you at any moment, from botulism to the neutron melt to being drilled through the head by a shooting star. “Anything can happen,” he sings, “to put out the light. Is it any wonder I don't want to say goodnight.”

But those moments aside, Cockburn is a serious artist passionately addressing serious matters. His intensity during performance is palpable. Eyes typically closed, he immerses himself in the content. As he puts it, singing many of these songs “requires the necessary amount of commitment.”

“Some songs, like 'Rocket Launcher,'” he said, “are hard for me to do, because I have to go emotionally where I was when I wrote them.”

Cockburn is into his art, absorbed in re-creation. He is quietly appreciative of the audience's responses, dignified without being aloof, but seemingly with a healthy detachment from approval.

My single quibble about the show was what was left out. Two fan favorites, “Pacing The Cage” and “Tie Me at The Crossroads,” didn't make the setlist.

After a bit of muddiness at the start of the opening song, the new Meyer sound system performed beautifully, putting to rest concerns that the new configuration and flooring of the hall might be an acoustic problem

This concert was a big experience, immensely enjoyable musically, and challenging to the heart and intellect. City Winery is off and running.

The Rolling Stones discuss if 2021 tour will be their last

Matthew McConaughey weighs in on his future in politics

Matthew McConaughey weighs in on his future in politics

A discerning opening night crowd gave a collective thumbs up Thursday to the launch of City Winery at downtown Napa’s historic Opera House.

The curtain rose Thursday night on yet another rebirth of the 133-year-old Napa Valley Opera House.