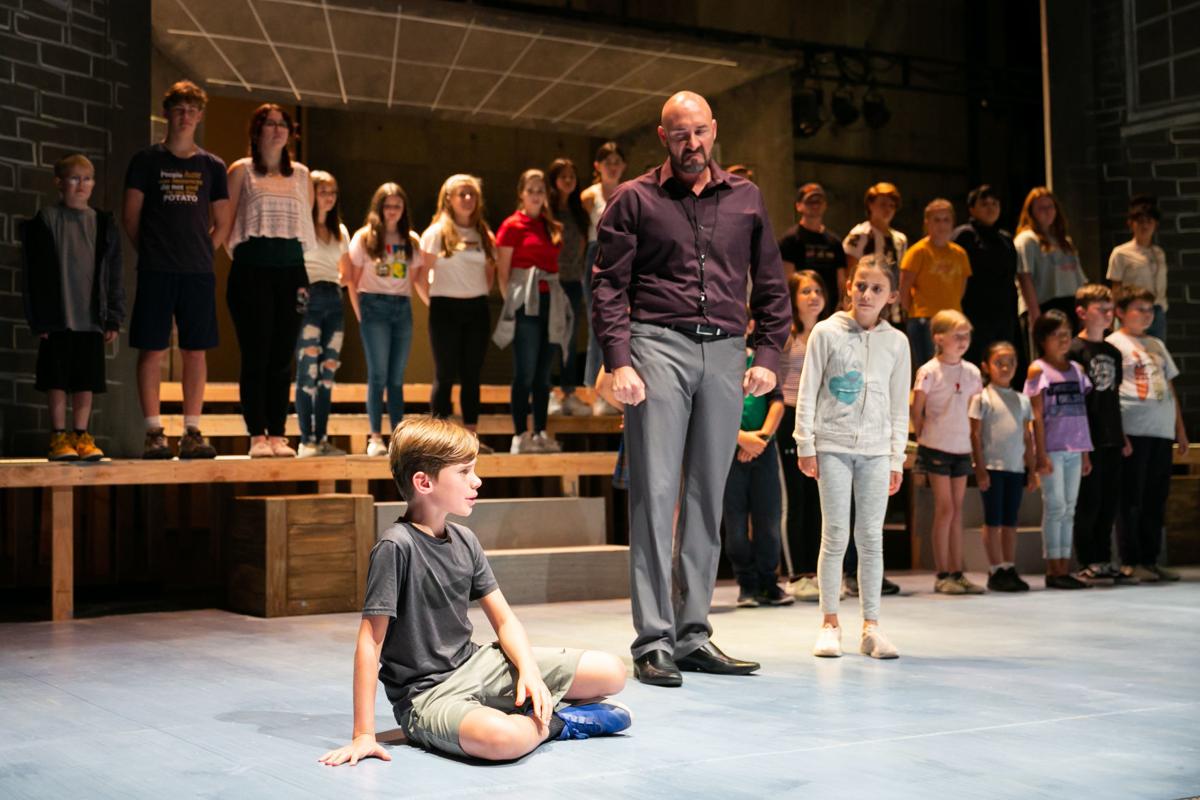 A rehearsal scene from "Matilda the Musical," which opens on Nov. 8 at Napa Valley College. 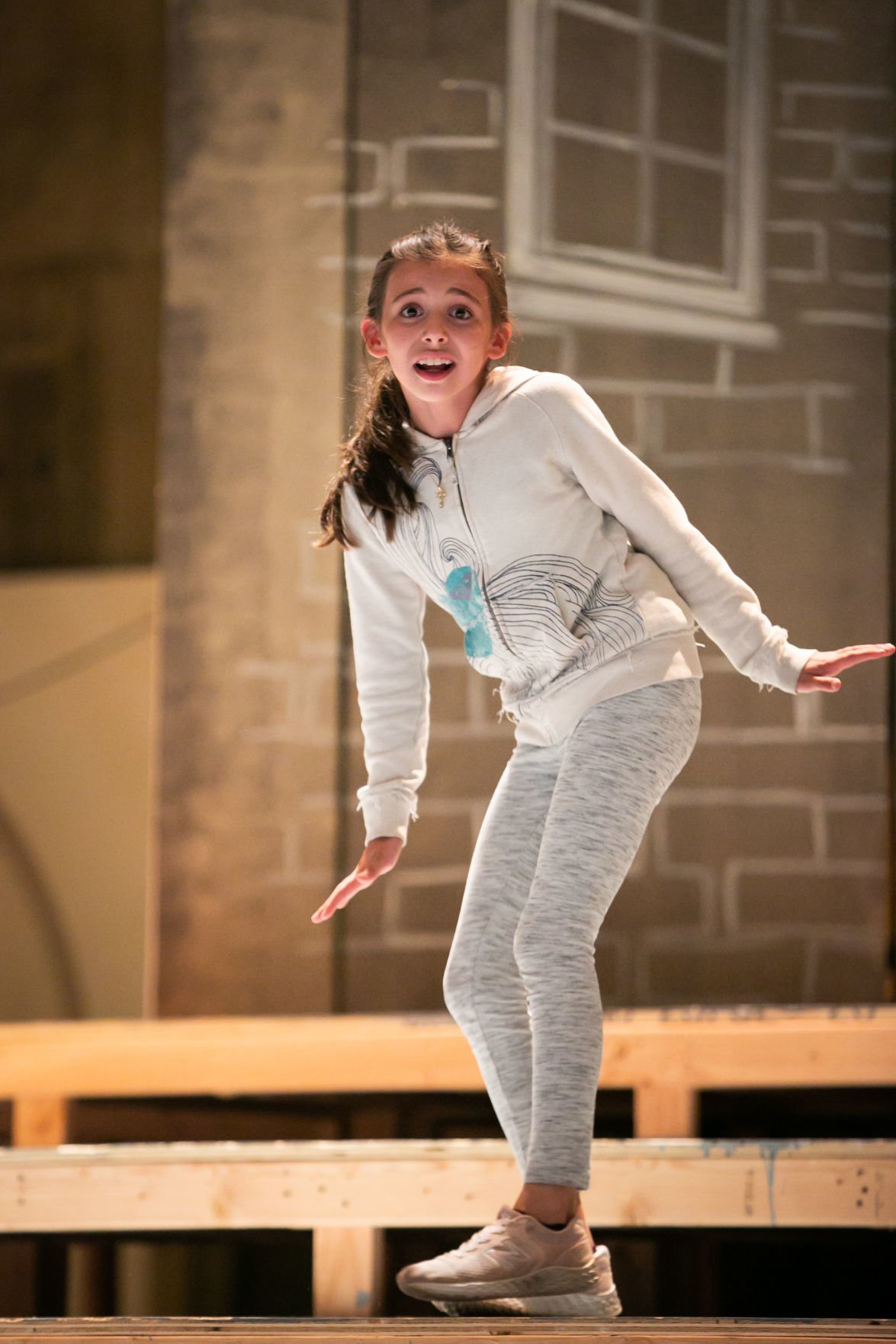 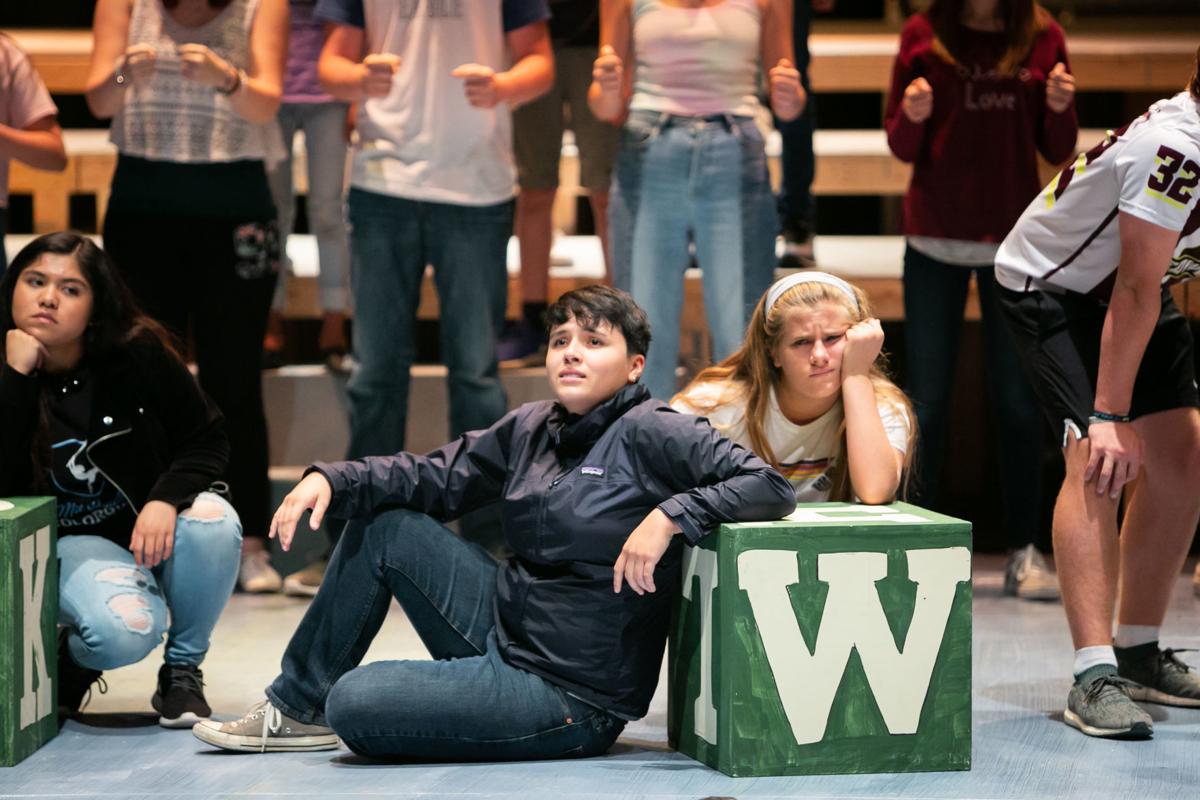 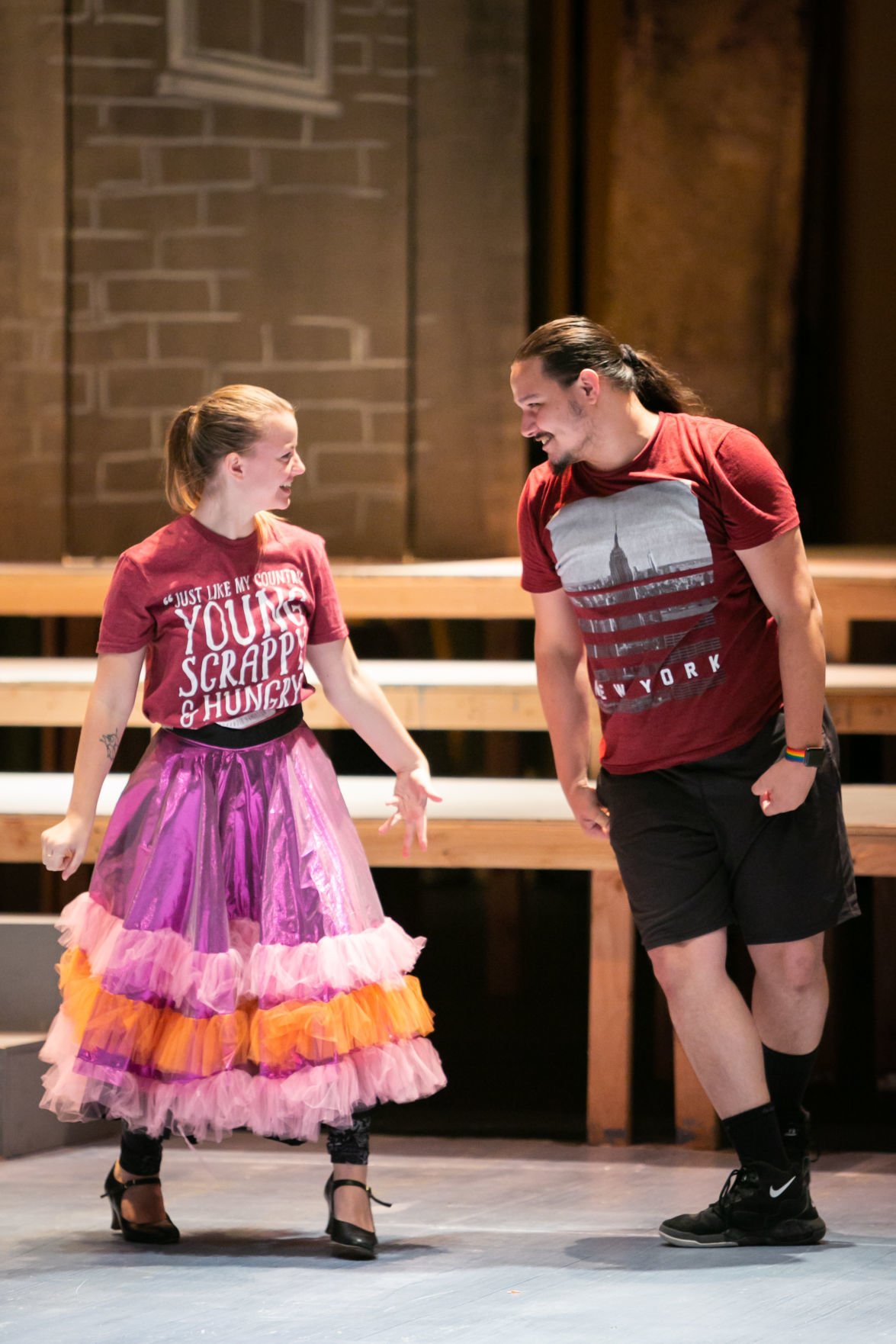 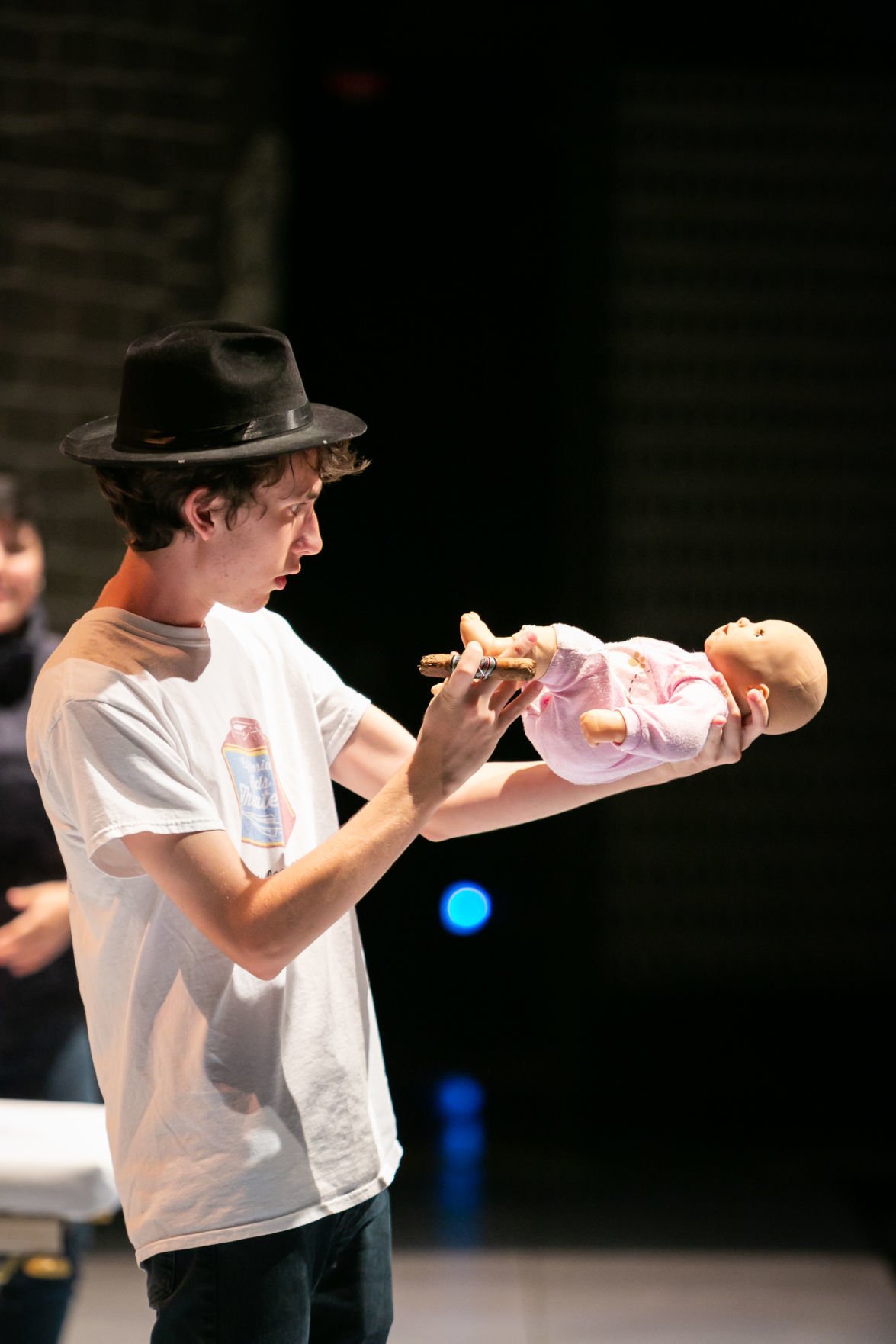 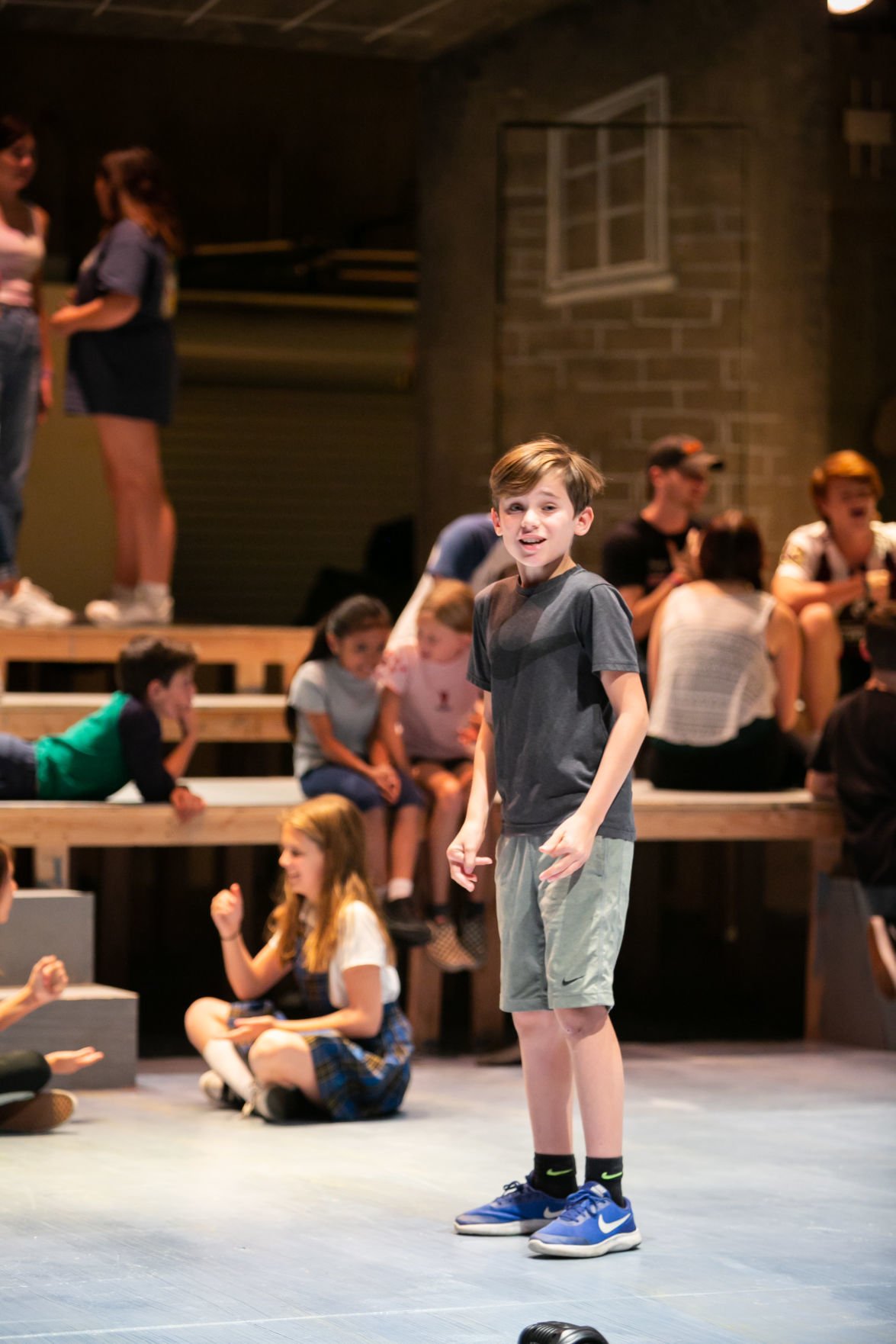 A rehearsal scene from "Matilda the Musical," which opens on Nov. 8 at Napa Valley College.

On a recent chilly Saturday morning, I had the honor of attending a rehearsal of “Matilda the Musical,” a collaborative production by Cafeteria Kids Theater (CKT) and the Napa Valley College Theater Arts Department.

“Matilda the Musical” is based on the 1988 award-winning children’s novel “Matilda” by British writer Roald Dahl. The story centers on a remarkable young girl armed with a vivid imagination and sharp mind, who dares to take a stand and change her destiny. Adapted as a stage musical in 2010 by Dennis Kelly with music and lyrics by Tim Minchin, this delightful retelling has earned its street credibility garnering 47 international awards to date.

Thirty-five energetic young people — composed of middle/elementary, high-school and college- age students — filtered in ready to tackle “When I Grow Up,” a ballad chock full of empowering lyrics and, I would venture, the chorus you’re sure to be humming leaving the theater. Four large swings hung from the fly loft oh so close to the edge of the stage, enticing all who walked by to hop on.

At the helm appearing calm, cool and exceptionally well-collected were CKT founder/director Aimée Guillot, co-director/teacher Olivia Cowell and musical director Vivian McLaughlin. They’ve been down this road before. Since 2017, the win-win collaboration of CKT and NVC has earned raves and sold-out houses for “Shrek the Musical,” and “Mary Poppins,” as well as summer camp shows of “Alice in Wonderland” and “Seussical Jr.”

After the warm-up led by Guillot — which included staging, voice and body exercises — the cast was eager to begin. A total of 115 tried out for 55 roles. I spoke to three who earned their coveted spots: Jude Grassgreen Knight, a fifth-grade student at Blue Oak School; Francisco Sipiora Gutierrez, a senior and budding musician at New Tech High School; and Lena Randall, a student at Napa Valley College.

Young Jude is a 3-year “veteran” of CKT productions and plays Nigel in the show. “He’s a boy who always gets in trouble, and everyone blames him for things that go wrong,” Jude said. He sees a little of himself in the character as he too likes to do sneaky things, pull pranks and make jokes. True to form of many an aspiring artist, “The most fun,” Jude said, “is singing in front of people, enjoying a large crowd and playing to a big house.”

“My parents are really proud of me, and once a year I go to New York with my mom. I like seeing shows. A year ago we went to ‘Hamilton’ in New York, and it made me want to act a lot more. When I grow up, if I can’t be an actor, I want to be a zoologist. I love taking care of animals.”

Francisco, who plays the role of Mrs. Wormwood’s husband, has been participating in theater from a young age — singing, dancing and acting. “It’s mainly like a hobby of mine,” he said. “I’m also an intern on this production and receiving NVC college credit. I come to every rehearsal, help monitor the kids when directors are busy and can sneak in some homework when not needed on stage.”

As he awaits word on his college applications, Francisco waxes eloquent on what’s most rewarding about inhabiting a play’s character and how the joy of creating theater evolves. “I think the most fun is to learn how to really put emotion into it, once you start understanding the character, why they’re there, what they want. I like seeing everything come together over time. You see the set, the costumes starting to come out, and the fact that everyone who is here wants to be here is a big part of what makes the place so fun.”

Lena Randall is anticipating a 2020 graduation from NVC and exploring her options to pursue a career in theater or film. “I play the doctor who helps deliver Matilda in the play’s first few moments and am in the ‘big kid ensemble,’” Lena said. She sharpened her singing chops performing in musicals at Napa High and has been cast in numerous CKT shows.

“It’s the work and it’s the people,” Lena said, “which makes me enjoy coming back to them, because they are so fantastic to work with. They [Guillot and Cowell] are such hard working women and moms, and as parents –[their kids are in the cast] — passing this on to their daughters not only as good directors, but as good teachers as well.

“It has been such a rewarding partnership,” said Guillot, “allowing CKT youth the opportunity to collaborate with NVC students and staff. It takes a village to make anything, and in this case, we have two wonderful villages coming together to create something truly unique, educational and inspiring for artists and audiences of all ages.”

Tickets can be purchased online at performingartsnapavalley.org or by calling the NVC Performing Arts Center Box Office at (707) 256-7500.