"Time Traveller," directed by Steve Kenny, is one of the films scheduled for the second Yountville International Short Film Festival running Feb. 7-10. 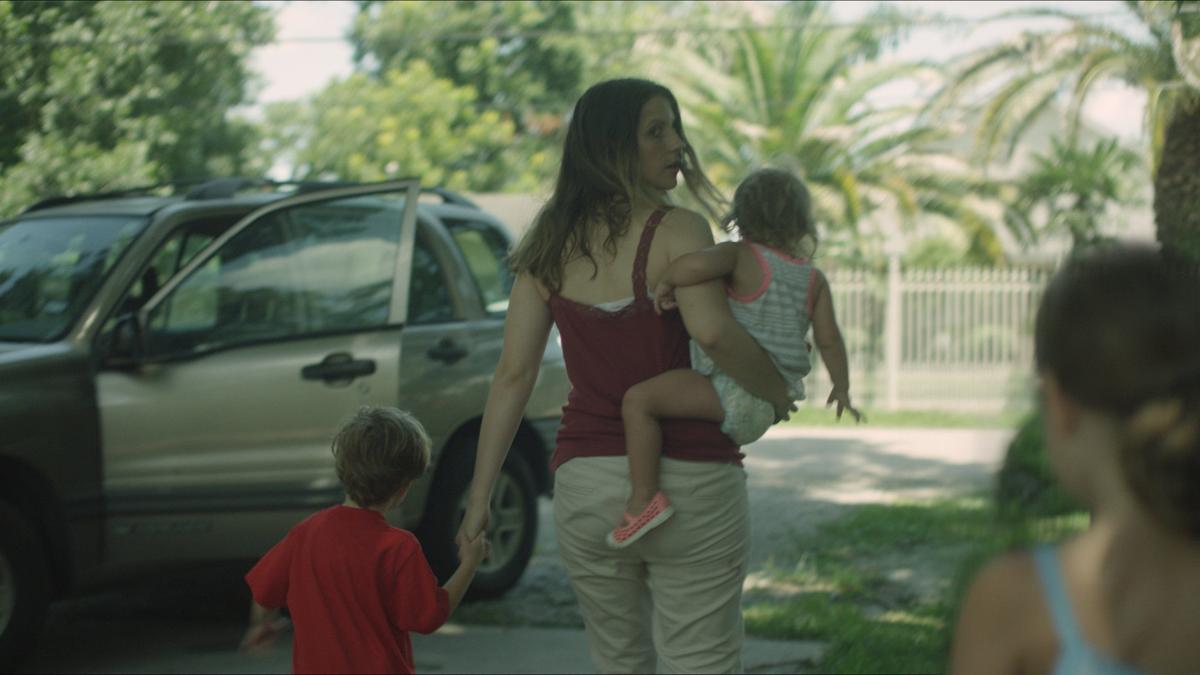 The Oscar-nominated film, "Caroline," directed by Celine Held and Logan George, will be shown at the Yountville International Short Film Festival.

The Yountville International Short Film Festival, which premiered last year, returns for a four-day run on Feb. 7-10 with more than 100 films, chosen from dozens of countries across the globe.

The festival was inspired by the annual Jessup Cellars Art House Short Film Series. The festival co-founders Bill Hargreaves and Sinohui Hinojosa, are Silicon Valley businessmen who have been producing a similar event in San Jose for 10 consecutive years.

“This was kind of born out of a love for film, especially independent film, and we gravitated toward the short films,” Hargreaves said.

“We are super excited to be back and able to build off of what we did last year,” he said Hargreaves. “With the pop-up cinemas we partner with the wineries in Yountville and do VIP tastings, great for attendees to be able to enjoy the tastings and then see the films as well.”

The cinematic venues are at the Barrel Room at V Marketplace at The Estate Yountville, the Heritage Room at the Yountville Community Center and a site at the Bardessono Hotel.

According to Hargreaves, the festival this year will feature short films of many different genres, screened in multiple blocks of genres including science-fiction, documentary, drama, animation, comedy and family friendly themes. “There will be more filmmakers in in attendance, participating in Q&A sessions following their films,” he said.

While the Academy of Motion Picture Arts and Sciences recognizes short films as 40 minutes or less, the Yountville festival films are typically shorter. “We program films that are 30 minutes or less, and into blocks that are 90 minutes, so festival attendees will see five, six, or eight films. We have one film that’s around four minutes. We have even screened some that are micro-shorts that are two minutes long,” Hargreaves said. There are several Oscar-nominated shorts set to be shown in Yountville this year.

“Now that our San Jose festival is established, filmmakers will seek us out,” Hargreaves said. “We get submissions from all over the world, we screen them and then accept a certain number for the festival. We have months of a screening process looking for films that we want to accept. We then program the festival accordingly, and come up with different overall blocks.”

Hargreaves provided a peek at some of the films to be shown:

“Skin” – One of the Oscar-nominated films, Hargreaves said, “It is a very high drama, the production of the film is just amazing, how the story is told and the lives are affected.”

“The Driver Is Red” – An animated documentary, which tells the story of the capture of Nazi Adolf Eichmann, one of the last war criminals from World War II.

“One Small Step” – Another Oscar-nominated short, this animated film is the story of a young girl aspiring to become an astronaut who gets the support of her father.

Hargreaves said after attending many film festivals this season he has noticed a trend in films toward social awareness. “There are definitely more dramas and social commentary type films. The films that we are screening have really great production value and story,” he said. “That’s what we look for, the story. You can watch a 12-minute short and be as fulfilled as a full-length feature. A short 12-minute that is very impactful, will stick with you for a long time.

“This is a great way for emerging filmmakers to get into the business, where making a feature would be out of reach for many reasons, including budget,” he added.

The organizers have scheduled morning-to-afternoon film blocks about 90 minutes long, as well as evening blocks. In between there are three- to four-hour “intermissions” during which attendees can explore Yountville.

Options for attendees include a day pass, a weekend pass and a VIP pass, which includes the daily VIP wine tastings, as well as an opening night event and after-party. The VIP wine events will include a Cabernet Cinema, Champagne Cinema, Cuvee Cinema and Jessup Cellars screening. Prices range from $25 to $249.

The complete schedule, as well as festival passes, are available online at YISFF.com. Day-of passes will also be available at the Yountville International Short Film Festival Box Office, located near the Heritage Room at the Yountville Community Center throughout the event.

The Yountville International Short Film Festival (YISFF) returns for the third time February 6-9, again set to feature more than 100 short-format films from around the world within four days.

"Time Traveller," directed by Steve Kenny, is one of the films scheduled for the second Yountville International Short Film Festival running Feb. 7-10.

The Oscar-nominated film, "Caroline," directed by Celine Held and Logan George, will be shown at the Yountville International Short Film Festival.