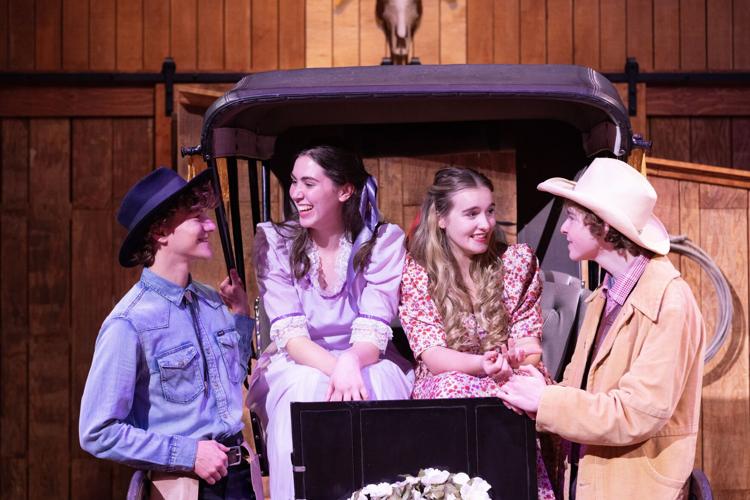 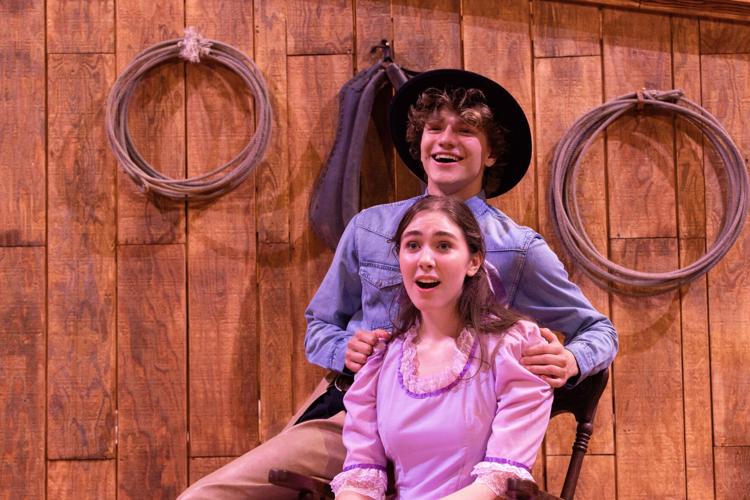 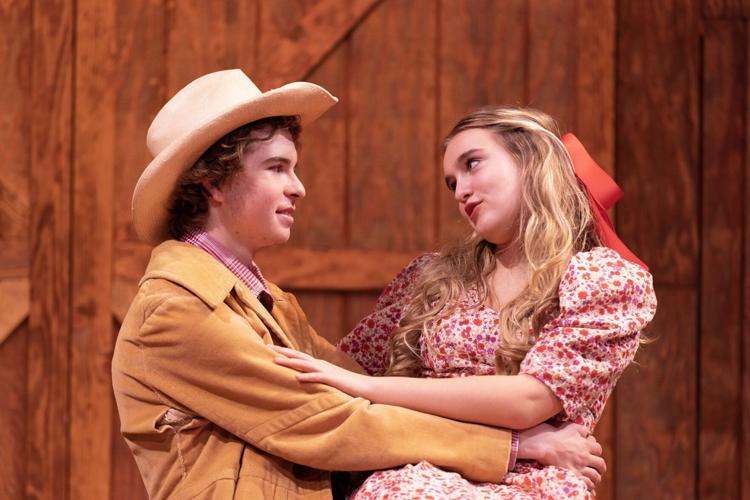 Chancellor Kelly is Will and Ainsley McNicoll is Ado Annie in the upcoming Justin-Siena production of "Oklahoma!"

Justin-Siena Theatre is celebrating the 80th anniversary of the groundbreaking musical "Oklahoma!" — playing Jan. 19 to 29.

Rodgers & Hammerstein’s first collaboration remains, in many ways, their most innovative, setting the standards and rules of modern musical theater.

In a Western territory just after the turn of the 20th century, a high-spirited rivalry between local farmers and cowboys provides a colorful background for Curly, a charming cowboy, and Laurey, a feisty farm girl, to play out their love story.

Their romantic journey, as bumpy as a surrey ride down a country road, contrasts with the comic exploits of brazen Ado Annie and hapless Will Parker in a musical adventure embracing hope, determination and the promise of a new land.

The much-celebrated musical, based on the Lynn Riggs play "Green Grow the Lilacs," debuted in 1943, as the first collaboration between Richard Rodgers and Oscar Hammerstein II.

This is the third time Justin-Siena has produced "Oklahoma!" Previous productions were staged in 1977 and 2004.

The show is directed by James Thomas Bailey, with musical direction by Lauren Hesser, choreography by Lisa Clark Schmeling, scenery and lighting by Jeff Sharp and costumes by Sylvia Gregory.

Catch up on the Napa Valley news you may have missed this week.

The Yountville Town Council recently endorsed an effort by the Napa Valley Vine Trail Coalition to move the southern 'Welcome to Napa Valley' sign south, by the Markham Vineyards property.

Napa Valley College's display of works by the late Jack Wright may be a first step in what his family hopes will become a wider appreciation of the artist's creations.

The Napa County Board of Supervisors had a refresher course on when it can legally do public business in private.

Heavy rain brought down an approximately 275-year-old oak tree that was the centerpiece of V. Sattui Winery's popular courtyard.

Mary's Pizza Shack announced on Saturday that it has permanently closed its Napa restaurant.

Art Notes: Coming up in February in Napa Valley

Here's a look at upcoming events and concerts in Napa Valley.

The 2023 Napa Valley Mustard Celebration is inspiring events throughout the valley. Rosemarie Kempton tells the story behind the three-month l…

Lucky Penny Productionscontinues the 2022-23 season with “Disney’s The Descendants: The Musical” live on stage Jan. 27 through Feb. 12, at the…

Review: An outstanding 'Oklahoma!' from Justin-Siena High School in Napa

Justin-Siena's production of "Oklahoma!" continues in Napa through Jan. 29.

Chancellor Kelly is Will and Ainsley McNicoll is Ado Annie in the upcoming Justin-Siena production of "Oklahoma!"