Looking back at 2019: The view from front row center
Share this
{{featured_button_text}}
1 of 2 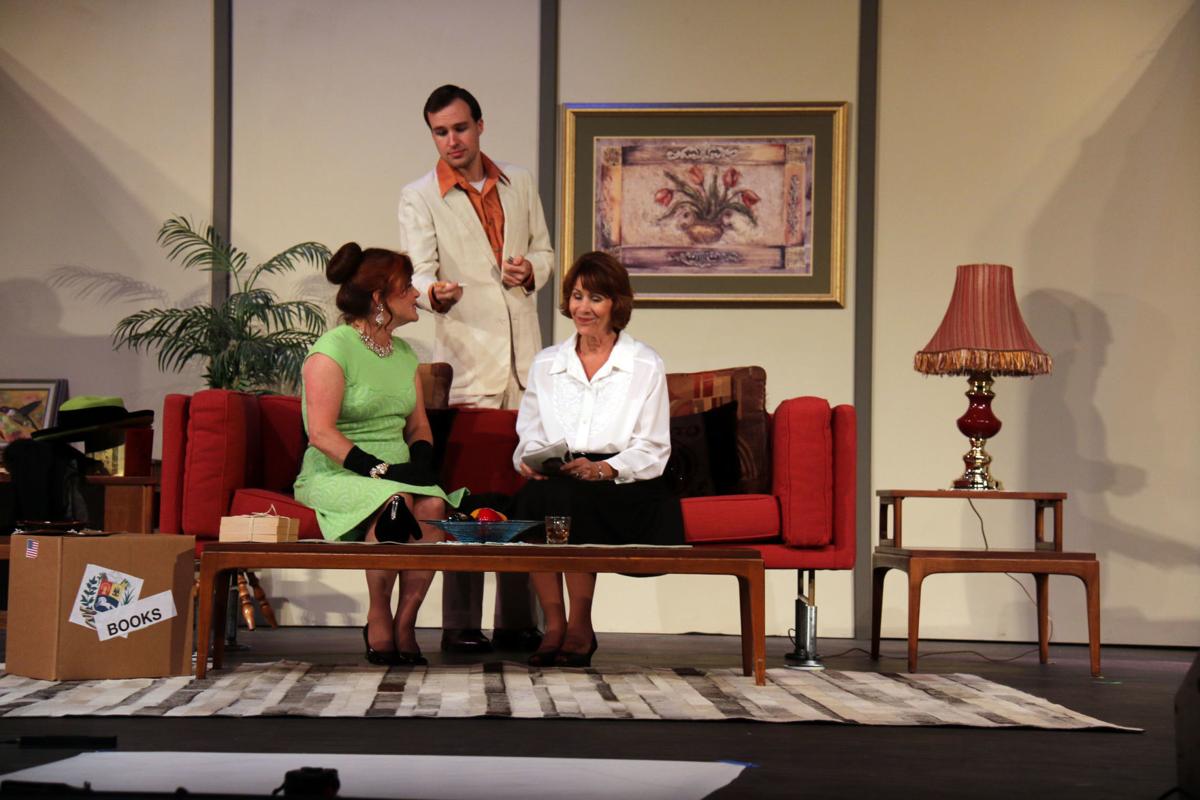 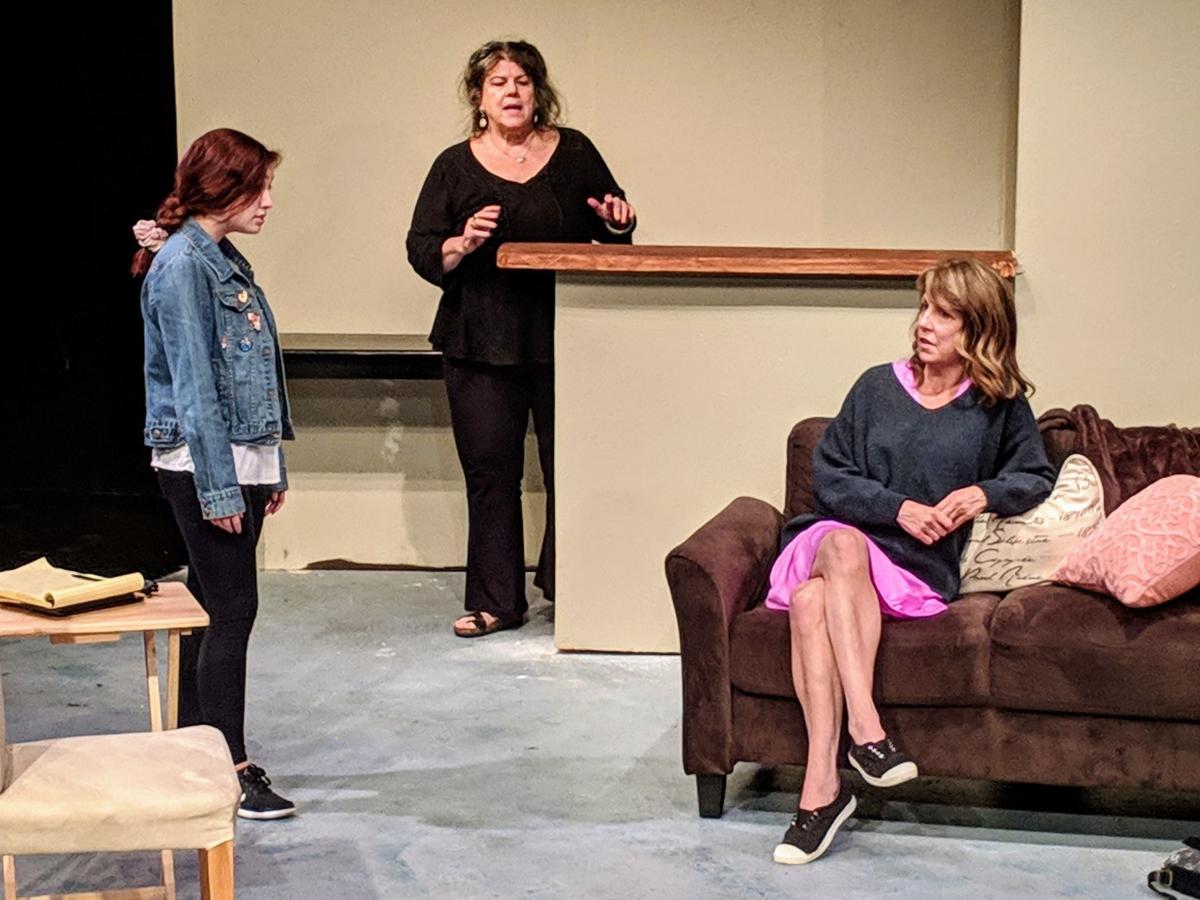 Whew! A lot has gone on this past year! And this is barely half of it!

This is my 50th article as an arts reporter for the Napa Valley Register. That number of articles, an average of more than one per week since January, indicates that the arts scene in Napa is thriving. I’ve had the good fortune to be front row, center stage for much of it. I’m a lucky guy.

When I started reviewing theater for the Register—my first was “The Old Friends” done by Valley Players in the summer of 2018—I had no idea that the Napa Valley would be as fertile with spectacular live theater as it is. Between the professional theater companies—Lucky Penny, Valley Players, Napa Valley College—and the high school drama departments, there is something to see at least every month.

One the whole, feminist themes were prevalent. “Bingo! The Musical” at Lucky Penny was a zany farce with three strong female leads. The show focused on women’s relationships whose issues were the type not unexpected in a bingo hall in the middle-of-nowhere Pennsylvania.

Lucky Penny followed “Bingo!” with Gina Ginofriddo’s “Rapture, Blister, Burn,” which took on issues about a woman’s role and expectations in a society where the feminists have gotten what they wanted. Or, they get what they want in the 2000s, but they still have the expectations of the 1950s. Jennifer King played a woman with a career and no family while Dyan McBride played a woman with a family and no career who is married to Michael Rae Wisely, a deadbeat college professor with an internet porn addiction. In retrospect it meditated on the question of a woman’s role between family and career, but offered no answers.

Lucky Penny also staged “9 to 5: The Musical” whose voices, set, props and costumes were period perfect 1979. The show is about sexual harassment in the workplace and celebrated all the good that can happen when women take over. It was a hilarious romp that gave a voice to what many women were thinking about how they are treated by in at work. It is now time to say those things out loud.

Brought to Yountville by the Performing Arts Center at Lincoln Theater, “Menopause: The Musical” was about three women who meet in a department store in New York and commiserate, but sometimes celebrate, the physical changes a woman encounters as she ages. It was fun to be a youngish homosexual laughing along with 300 menopausal women about hot flashes, expanding waistlines and needing to use the bathroom. But in an interview with the performers afterwards, I found that this show liberated the women who saw it from the self consciousness they had about their changing bodies. There is a comfort in like-minded crowds. Poking fun at a not so glamorous time in a woman’s life, getting the uncomfortable facts out in the open and laughing about it, made all the women stronger.

Napa Valley College’s “Matilda: The Musical” can be viewed through a feminist lens as well. Matilda is a precocious little girl who likes to read but whose parents think that television is better for her. Or, him, as her father, disrespectfully calls her “boy” throughout the show. The play is a testament to what a little girl can do, whether it is regaling a librarian with a gripping story, getting a boy classmate out of trouble or sabotaging the insidious school headmistress Mrs. Trunchbull/s career, Matilda is, hopefully, the type of girl all our little girls can grow up to be.

No discussion of women in theater would be complete without anything done by Valley Players—a theater company whose very raison d’etre is to produce plays whose leads are for women over 40. Their production of Victoria Stewart’s “Hardball” was perhaps the most apt play for them to produce, given this directive. The lead actress was a successful cable news pundit—punditry being an industry dominated by men. The set was brilliant, employing two different monitors, cameras and a green screen to simulate a television studio.

Finally, the oldest feminist on a Napa Valley stage this year was King’s resplendent Emily Dickinson in “The Belle of Amherst.” King portrayed the poet with sensitivity and lightness. She was a fairy, prancing around the NVC’s Studio Theater, made to look like Dickinson’s living room.

Dickinson never married, though she may have wanted to, like so many of her contemporaries. Unlike her contemporaries, however, she was content to be by herself, not needing a man to define her. Her birds and her words were company enough.

I stumbled upon the high school theater scene, when, as part of another endeavor, I observed Summer Heartt’s drama class at American Canyon High School. Heartt invited me to the dress rehearsal of “She Kills Monsters”—the 1990’s lesbian Dungeons and Dragons fantasy. It was rough. But when I saw the real thing the following Sunday, the students had tightened up their cues, perfected their choreography and mastered the props. They had transcended themselves.

This lead me to St. Helena High School Drama Department’s “The Laramie Project” that was also largely produced by the students. “The Laramie Project” takes on the vitriolic homophobia and intolerance certain parts of American society perpetuates. Their production had the sensitivity, gravity and genuineness the play deserves. Patti Coyle, St. Helena Drama’s Director, said the students brought the play to her, asking if they could produce it, which indicates where these kids are coming from. They have no time for hate. And in that respect, I can’t wait for these kids to start running the world. I’ll be happier with them in charge, rather than my parents.

Though, one can’t forget Justin Siena’s musical theater program. This year they celebrated 50 years of musical theater with a marathon show at the Lincoln Theater. The show consisted of musical numbers from all the greats in the American musical theater canon: “My Fair Lady,” “Little Shop of Horrors,” “Dear Evan Hanson,” “Godspell,” “Phantom of the Opera” and so many others. The cast was huge, the costumes extravagant, the set complex and it all came off without a hitch.

This month, Lucky Penny and NVC have their holiday shows. Lucky Penny is doing “Miracle on 34th Street,” which is a musical based on the movie with the book and music written by Meredith Wilson—of “The Music Man” fame. Then, NVC is doing “A Charlie Brown Christmas” to which, given the quality of “Matilda,” I am definitely looking forward to.

The new year will be off to a strong start. In January, Lucky Penny is doing “Xanadu Jr.” the roller disco fantasy that will exclusively be cast by young actors. In February, NVC is staging the “Emergence Festival,” which is a showcase of new work written by students. Valley Players’ first show of 2020 will be “The Tin Woman” — yet another hard-hitting drama—of which they do so well—about a couple’s loss of their son.

I can’t tell you how rewarding it is for me to attend all these plays, and report back what I see, and what it means. Artists—be them performing, fine or anything else—express how humanity interprets its predicament here on planet Earth. I learn about how other people see this modern life, and I am a better person for it. You will be too. Just go see a play.

A new academy, and season announcement from Lucky Penny

Bodies in Space wow with 'Three Movements' at Luther Burbank

Duo push the boundaries, not only of what one can do on a stage, but of the very notions of self, power, sex and humor.

Lessons for the heart: Valley Players present 'The Tin Woman'

If you had an organ transplant, would you want to know the donor? 'The Tin Woman' presented by the Valley Players, takes on this question.

And you think your family is odd -- meet the Addams Family when Napa Valley College presents "Addams Family the Musical."