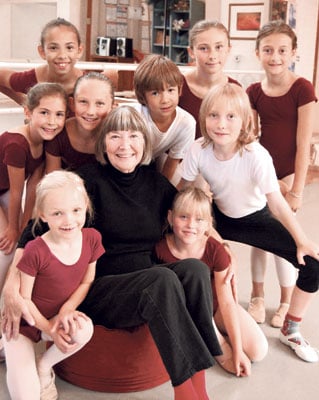 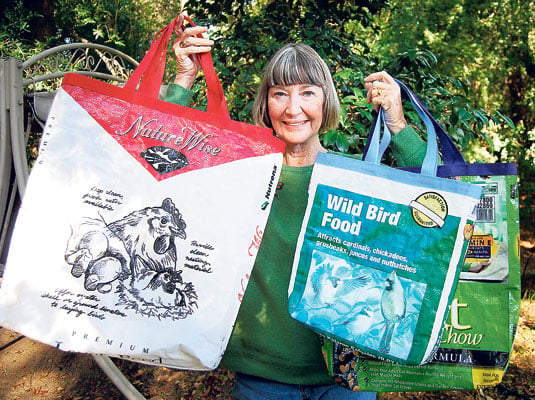 Over the course of 50 years in films and television, Charlotte Stewart played opposite the leading men of several eras, including Jimmy Stewart, Rock Hudson, Elvis Presley, Kevin Bacon and Rainn Wilson.

Her best-known role, and the one she still gets the most fan mail for, is Eva Beadle, the level-headed schoolteacher in the 1970s hit TV show “Little House on the Prairie.”

Moving from the limelight of Los Angeles to Napa might seem strange except that, Stewart points out, her life has always been about more than acting.

“Living here gives me a chance to put my life into a different gear and focus on things that matter most,” Stewart says.

High on her list is her fundraising work on behalf of breast cancer charities, locally for the Wellness Center at The Queen of the Valley Hospital.

Stewart is not just lending her celebrity to a “hot cause;” it’s personal. In 1991, after a long, hectic career, her life made a stunning turn when she was diagnosed with breast cancer. She underwent two lumpectomy procedures and radiation and has been free of the disease since.

The road to her current work started when her cancer treatment ended in a way that felt incomplete.

“On my last day of radiation, they just said, ‘That’s it. We’re done. Good bye,’” says Stewart with a look of incredulity. “And I thought, ‘Well, what now?’ I knew that technically the cancer was gone but I still didn’t feel any real sense of wellness, and I had no idea what I should do next to stay healthy.”

On her own, Stewart sought out expert advice on nutrition, as well as counseling to work through the psychological trauma of the disease. She also found an acupuncturist, whose work helped her a great deal.

Today, her support of the Queen’s Wellness Center comes from desire to raise funds for the facility so cancer victims and their families can benefit from a range of support services that did not exist for her in the early 1990s.

The move to Napa has also given her a chance to return to her love of theater. She’s in rehearsals for Napa Regional Dance Company’s “The Nutcracker,” playing Dec. 19 and 20 at the Lincoln Theater in Yountville.

“I play the mother of Clara, the girl who’s given the Nutcracker for Christmas. I really jumped at the chance to perform in this production,” she says. “Wanda McGill has created such an amazing show; it’s so beautifully done and it’s a lot of fun to work with this talented group of dancers. They range from

Stewart sees a natural connection between this show and the four years she spent on “Little House on the Prairie.” Because she played the town’s schoolteacher, nearly all her scenes were shot with the child actors.

“I hardly ever got to spend time with the adults on the set and so I’m still good friends with a lot of the people who were children then, especially Alison Arngrim, who played Nellie Olesen so brilliantly,” Stewart says.

In the 1970s, between guest appearances in numerous television shows (including classics such as “Gunsmoke” and “Hawaii Five-O”) Stewart ran a clothing store on Santa Monica Boulevard in Los Angeles called Liquid Butterfly.

“I made and sold patchwork prairie dresses, vests, hats — all that funky stuff that was so popular in the early ’70s,” she says. The store developed such a following that it was written up in Time magazine.

Today, she’s making a name for herself as the proprietor of the new Liquid Butterfly, an online business (www.cafepress.com/unkiemonkie) that combines her enthusiasm for reuse and recycling with her long love of creative sewing and fabric design projects.

Using the sewing machine in her workroom, she creates a variety of handmade purses — which she calls “Beadle Bags” — and pillows out of worn-out jeans and

T-shirts. She also produces reusable shopping bags made from sacks of chicken feed and cat food.

“I’m a big believer is reusing materials as much as possible. And everything I make is priced reasonably,” she says. “I want these things to be affordable to anyone.”

Ten percent of the proceeds go to breast cancer charities.

Business is brisk. Stewart recently completed a special order for 100 handmade bags for a client in Los Angeles.

Stewart got her start in sewing and performing in Yuba City, north of Sacramento, where she grew up.

“I wasn’t a very good student in school,” the former TV schoolteacher admits. “But I loved roller skating and became a competitive skater who loved the spotlight.”

Where she lived it was impossible to find ready-to-wear costumes, so her sister taught her how to sew.

The skating exhibitions gave her a taste for performing and after high school she won admission to study theater at the Pasadena Playhouse in the mid-1950s.

Her first television role came when she was still in school, on “The Loretta Young Show.” Not long afterward she found herself on the legendary MGM lot shooting a film called “Speedway” with Elvis Presley. Next, she appeared in “Cheyenne Social Club” with Jimmy Stewart and Henry Fonda. Her long list of credits also includes television classics such as “The Waltons,” “Mannix,” “My Three Sons,” “McMillan & Wife” and “Bonanza.”

One day in the early-1970s, she auditioned for a role for a television project called “Little House on the Prairie.”

“I really didn’t know much about it. I thought it was a movie of the week,” she says.

Stewart had known Michael Landon and one of the producers from her work on “Bonanza.”

After auditioning for the part of the schoolteacher, she promptly forgot about the whole thing until her agent called and said she’d been offered a four-year contract.

The No. 1 question she’s still asked today by fans is, what was it like to work with Michael Landon?

“He was father on the show and he was father on the set,” she says. “He had a big production to carry and things were pretty business-like. Mike didn’t have much patience for people who didn’t know their lines, for example. He was there to get a job done.”

Even so, she remembers him as fair and flexible. Once, when she had a chance to play a role in the TV movie “Return to Peyton Place,” Landon wrote her out of a brief appearance in an episode to free her up for the other job.

While she was on the Little House series, she was introduced to a student filmmaker named David Lynch who asked her to appear in his film “Eraserhead.” The role of Mary X in the now-classic black-and-white Lynch film — which plays like a mesmerizing nightmare — is a universe away from the calm, wise Miss Beadle in Walnut Grove. And it shows her range as a performer.

“I truly thought David was crazy when we were making this,” she says of her initial work with Lynch. “It took five years to make ‘Eraserhead,’ because he’d run out of money. When we were shooting he had us working all night. He’d just leave the camera rolling until the actors weren’t sure what they were supposed to do and would achieve these moments of awkwardness. I really thought, ‘This is not someone who’s going to make it in this business.’”

Stewart expresses real affection for Lynch both as a person and an artist. They worked together again when he cast her in the recurring role of Betty Briggs for his television series, “Twin Peaks.”

“Betty was a mom in probably the most dysfunctional family on TV,” she says with a grin.

Other notable films in the 1980s and 1990s include “Tremors” with Kevin Bacon and “Slums of Beverly Hills” with Marisa Tomei. Television shows included “Coach” and “90210.” Her latest television appearance was in 2007 on “The Office,” working with Rainn Wilson.

While she is still offered roles in a variety of Hollywood projects, her focus for now, she says is in this community close to family and new friends with the projects, such as Beadle Bags, that are most important.

Where to see Charlotte Stewart

The path of an artist during COVID-19: Napa artist Nancy Willis gets even more creative

If this were a typical summer,  Napa-based artist Nancy Willis would be leading her Path of An Artist painting tours in France. This year, when nothing seems normal, Willis is finding inventive new ways to pursue her art.

During a few late afternoons and early evenings each week, former Apple computer programmer Don Hirsohn sets up amps and mic on his Laurel Street porch to strum and sing for an hour or two.

Music in the Vineyards presents its 26th season in Napa Valley as a series of free, online concerts during August.

An isolation itinerary: So many places in California to get lost and find yourself

Photographer and arts consultant Ann Trinca and her partner set off on an off-the beaten road trip through California. Here is what they found.

Napa Library Back Door: By the Box Book Sale begins on Thursday

With COVID-19 putting Napa library's usual book sales on hold, the Friends of the Library are trying a new approach with by-the-box sales.

More than Miss Beadle
© Copyright 2020 Napa Valley Publishing, 1615 Soscol Ave. Napa, CA | Terms of Use | Privacy Policy | Do Not Sell My Info
Powered by BLOX Content Management System from TownNews.com.
You don't have any notifications.