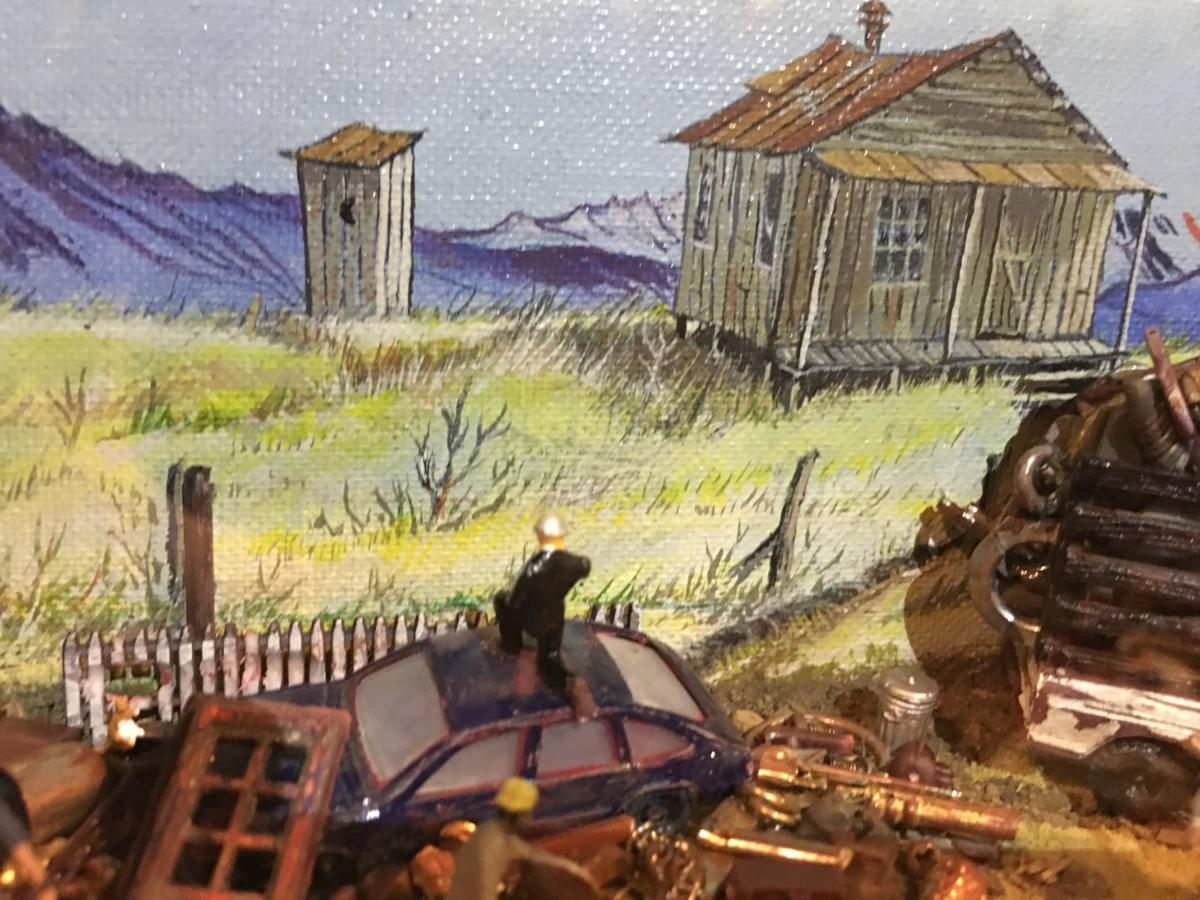 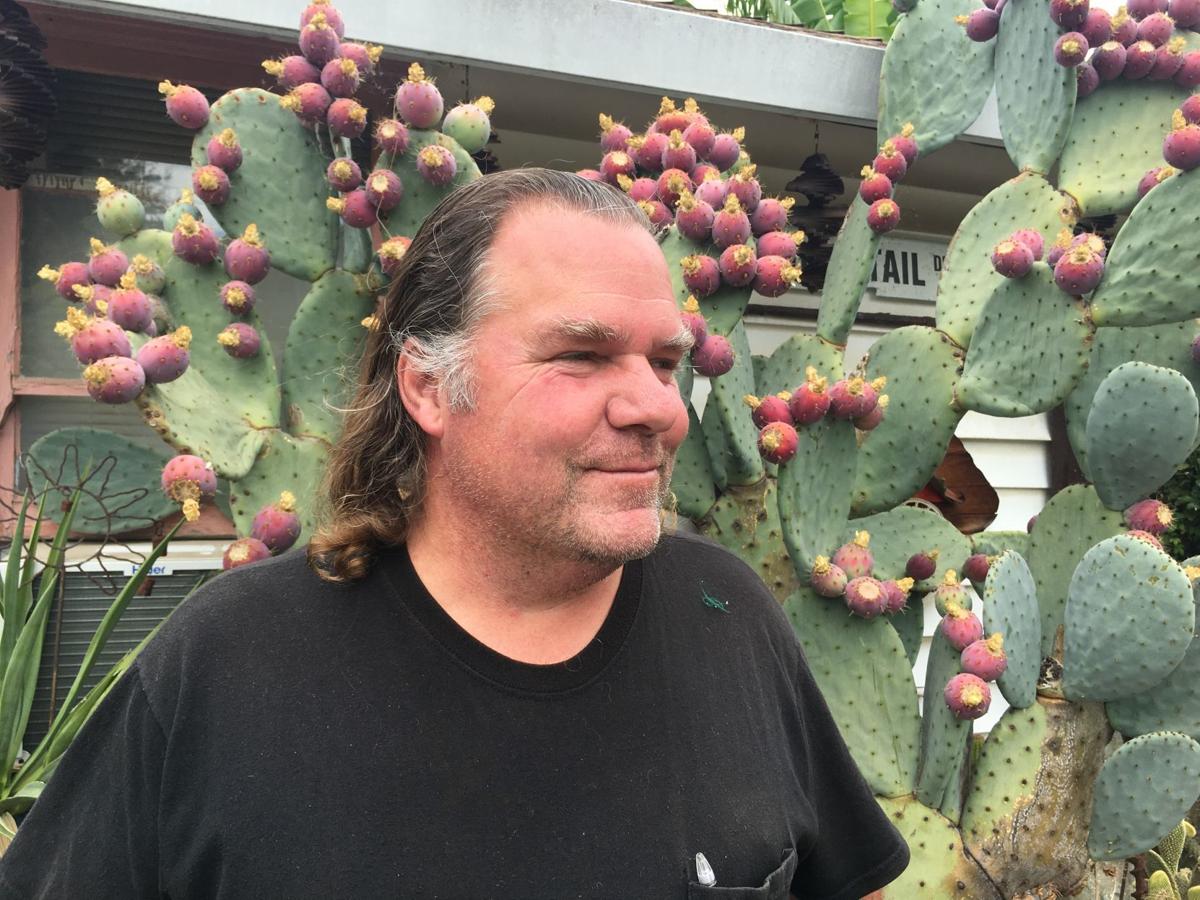 Painter and mixed media artist Patrick Allen will be opening his studio for Open Studios Napa Valley during the last two weekends of September. 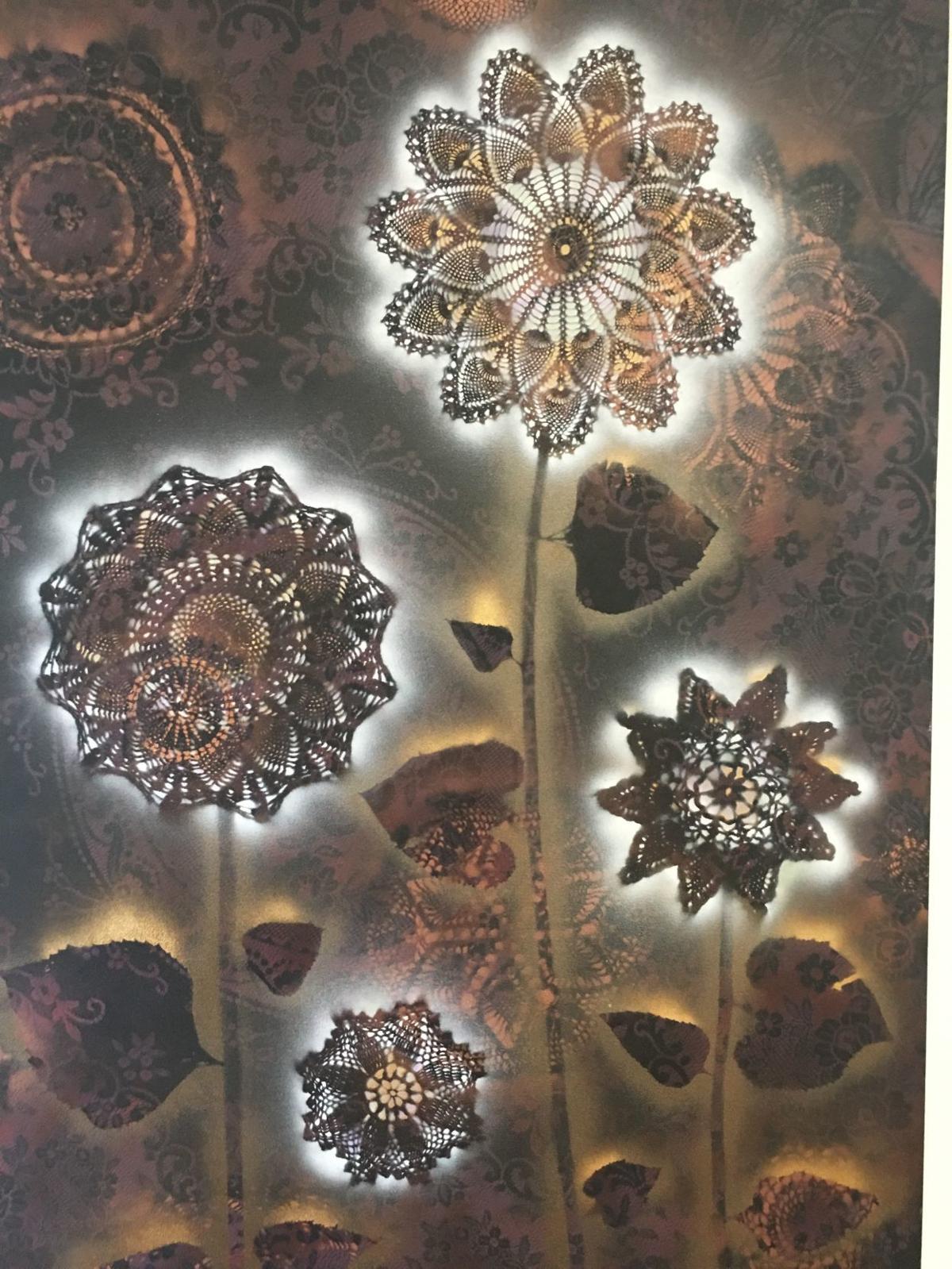 This large painting is from Patrick Allen's latest series, "Turns With Sun." Allen is one of the artists opening his studio during Open Studios Napa Valley.

Patrick Allen’s studio, at 151 Randolph St., shows that one person’s junk can become another person’s work of art.

Allen is one of the 64 artists participating in this year’s Open Studios Napa Valley, the free, self-guided art discovery tour that always takes place during the last two weekends in September.

Allen is the owner of Allen’s Hauling, which breaks up and removes concrete. He is also an accomplished artist who can envision what found objects will look like when they are put together. Everything Allen, a painter and mixed media artist, uses in his creations is from items that his clients were discarding.

Other people’s throwaways can become part of a beautiful piece of art because Allen gets inspired by the materials he handles every day. From metal gears to lace curtains, Allen uses what he finds to create his sculptures and paintings.

Allen’s studio not only showcases his art, it documents history with tools, bones, glasses, mannequins, doilies and even an old television, “the second one in Napa.”

His crowded studio is filled with art. Paintings of people become three dimensional with the addition of sunglasses.

“Yes, all those sunglasses were found,” he said, gesturing to half a dozen paintings. “Everything I use is what others no longer have use for.”

Allen is so prolific that his work spills from the studio out into the yard and his home. This is the third year that he has opened his studio for Open Studios and he plans to open his home as well as art studio for tours again this year.

Thousands of succulents, growing from unusual repurposed containers on his property, enhance a cheerful ambiance at this studio.

In creating his latest series of paintings, “Turns with Sun,” Allen’s common objects come together in floral imagery that is both stunning and delicate.

“People ask me how some guy who breaks things all day long can do art,” Allen said with a laugh. “It was my mom who inspired me. She was an oil painter who had us do everything while we were growing up. Every craft.”

“We didn’t buy stuff back then. If you wanted it, you made it,” he added. “My mother made sure I knew my art history. There were Rembrandts and Charles Russell paintings on the wall.”

Allen’s parents, Sherman and Mary K. Allen, were both Napa chiropractors. He sang with a barbershop quartet that practiced in their home and she was a painter. They encouraged their children artistically.

Allen said that his sister, Lydia Hals, plays piano and is a stained-glass artist. His brother, Sean Allen, teaches at the Napa School of Music on the Justin-Siena High campus.

An oil painting by his mother hangs in Allen’s studio.

Growing up in an artistic family, Allen was planning to be an art teacher but, after taking the money he’d saved to attend a pottery workshop in New Zealand, he got his own place and went to work for a landscaper. Four years later, he started Allen’s Hauling, which has been in business 26 years and now employs eight people.

Though he has run his business over a quarter century, Allen has been an artist all his life.

How has a guy who has worked hard to establish and maintain a successful hauling business continued to grow as an artist?

“When you love something, you’ll get good at it,” Allen said. “I love art.”

Jennifer Deutsch is an artist whose colorful paintings of local landscapes, old buildings and bistros, still lifes, and flowers have been gett…

Painter and mixed media artist Patrick Allen will be opening his studio for Open Studios Napa Valley during the last two weekends of September.

This large painting is from Patrick Allen's latest series, "Turns With Sun." Allen is one of the artists opening his studio during Open Studios Napa Valley.