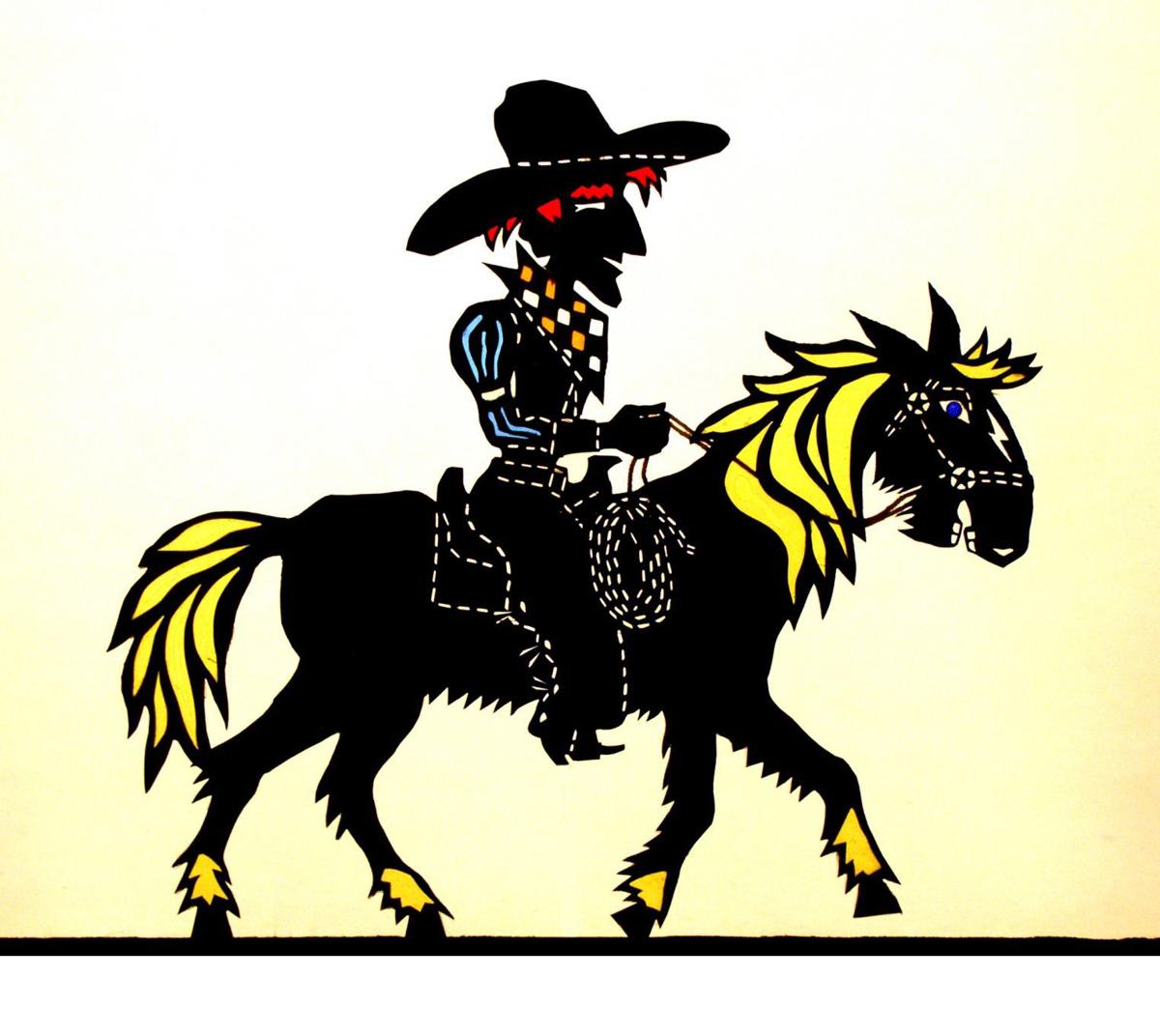 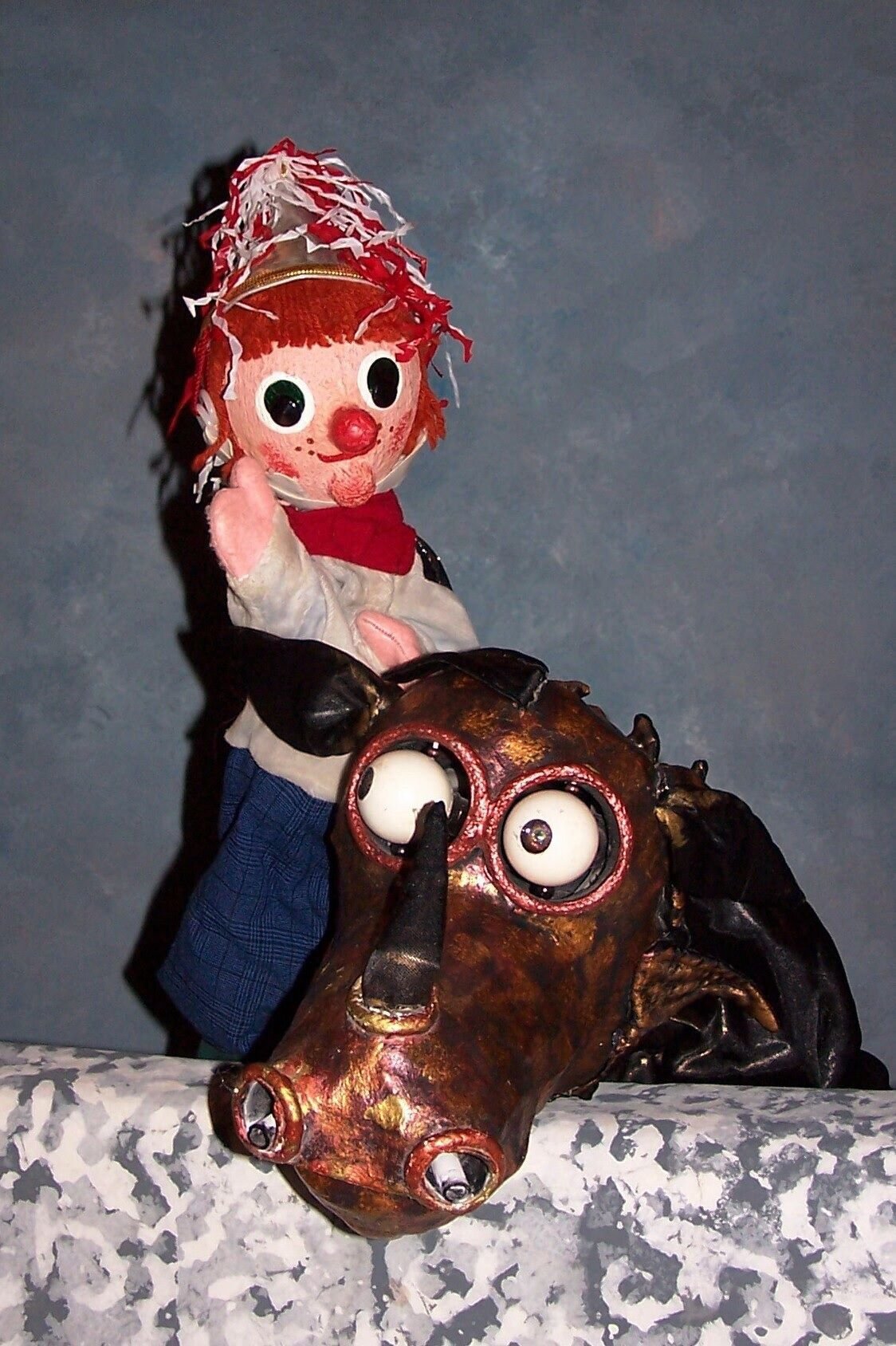 Parasol Puppets will perform "George and the Dragon."

Parasol Puppets will perform "George and the Dragon."

Throughout the year, the Jarvis Conservatory in Napa presents a sophisticated line-up of entertainment that includes opera films, cerebral art films and award-winning international feature films and classical performances.

Then, once a year, the schedule takes an abrupt turn, and the theater is filled with puppets. The annual Puppet Festival and Workshop, however, is, in its own way just as a high a caliber performance, but one geared for families, kids and anyone who ever had a yen to make and perform with a puppet.

But when the 23rd annual Puppet Festival and Workshop takes place on Friday, Nov. 22, and Saturday, Nov. 23 with two shows and one puppet making workshop.

This year, two companies, Parasol Puppets and Oregon Shadow Theatre, will bring their shows to town. Both companies have been recognized by UNIMA-USA, which recognizes excellence in puppetry. UNIMA-USA, founded in 1975 by the late Jim Henson of Sesame Street fame, gives citations to shows that “touch their audiences deeply; that totally engage, enchant and enthrall.”

Parasol Puppets, frequent visitors to the annual festival will be performing “George and the Dragon,” and the Oregon Shadow Theater presents “Pecos Bill, a Tall Tale.”

For St. George and the Dragon, puppeteer Peter Allen uses colorful hand puppets to tell the story of George, who discovers that a dragon is not only destroying the kingdom where he lives, and also wants to eat its princess for dinner.

It is up to George — with the audience’s help — to rescue the princess and slay the dragon. George’s quest takes him to the farmlands, the king’s palace, into the wizard’s cave and even the entrance to the dragon’s lair. All of these locations are hand-painted onto scenery, which dramatically unrolls as the story unfolds.

In 1997, Peter, Debbie and Parasol Puppets moved to a farm outside of Jamesport, Missouri. From this central location, they continue to tour with their puppet performances to the East Coast, West Coast, Hawaii, Canada and many points in between.

The Oregon Shadow Theatre is a Portland, Oregon-based company specializing in the art of shadow puppetry. It’s a collaboration of shadow puppeteer Deb Chase and musician and actor Mick Doherty. Their award-winning shadow plays have toured U.S. and in Canada, including performances at the Smithsonian Institution in Washington, D.C., the Detroit Institute of Arts, Festival Place in Alberta and the Chilliwack Cultural Centre in British Columbia,

Chase has been specializing in the magic of shadow puppetry since 1980. She worked in Germany with shadow puppeteer Margrit Fuglsang, and has toured Japan as a performer. Deb holds a fine arts degree from the University of Oregon. Her theatrical experience includes street theatre, including a portable shadow stage for the sidewalk, on both coasts of the U.S. Deb served for several years as shadow puppetry consultant for the Puppeteers of America.

Doherty has worked as actor and musician with the Oregon Shadow Theatre for 20 years. A professional performing and studio musician since 1979, he has composed music for film, theater and television. He is featured on a number of recordings by the Trail Band and the Cascadia Folk Quartet (aka The Whammadiddidle Dingbats!). He has studied ivoice, classical guitar, string bass, Persian santoor and African percussion. He is a hammered dulcimer specialist.

According to their website, “in the folklore of the American West, Pecos Bill has been called the creator of the Rio Grande, the lasso, the rodeo, and the first cowboy songs.”

The story they tell follows the American folk hero from his childhood — raised by coyotes — and through his adventures, fighting mythical beasts, riding a cyclone, falling in love with a woman who rides catfish to the settling of the West.

Doherty takes on the character of an old man who was a cowboy “back in them days...” Visible down stage from the shadow screen, the old man shares the story of Pecos Bill. The storyteller fades into darkness as the characters come to life with colorful shadow puppets.

In addition, the festival presents a workshop on Saturday, Nov. 23, at 1 p.m. Tickets are $15 and are limited, but open a world to puppet-making and performing.