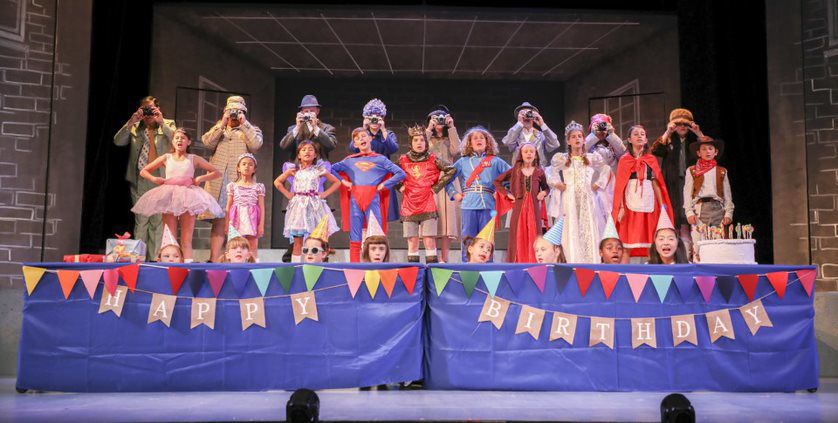 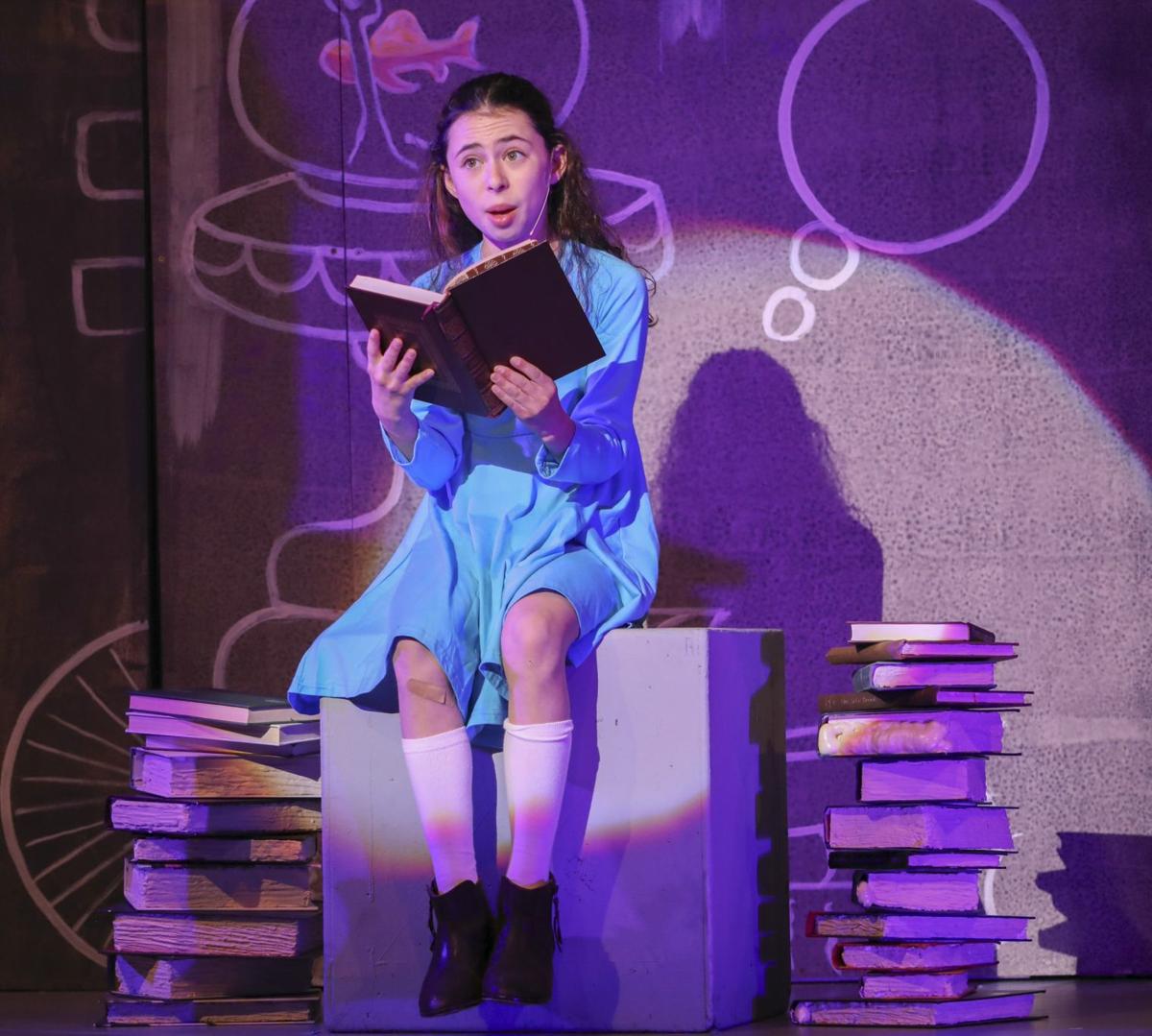 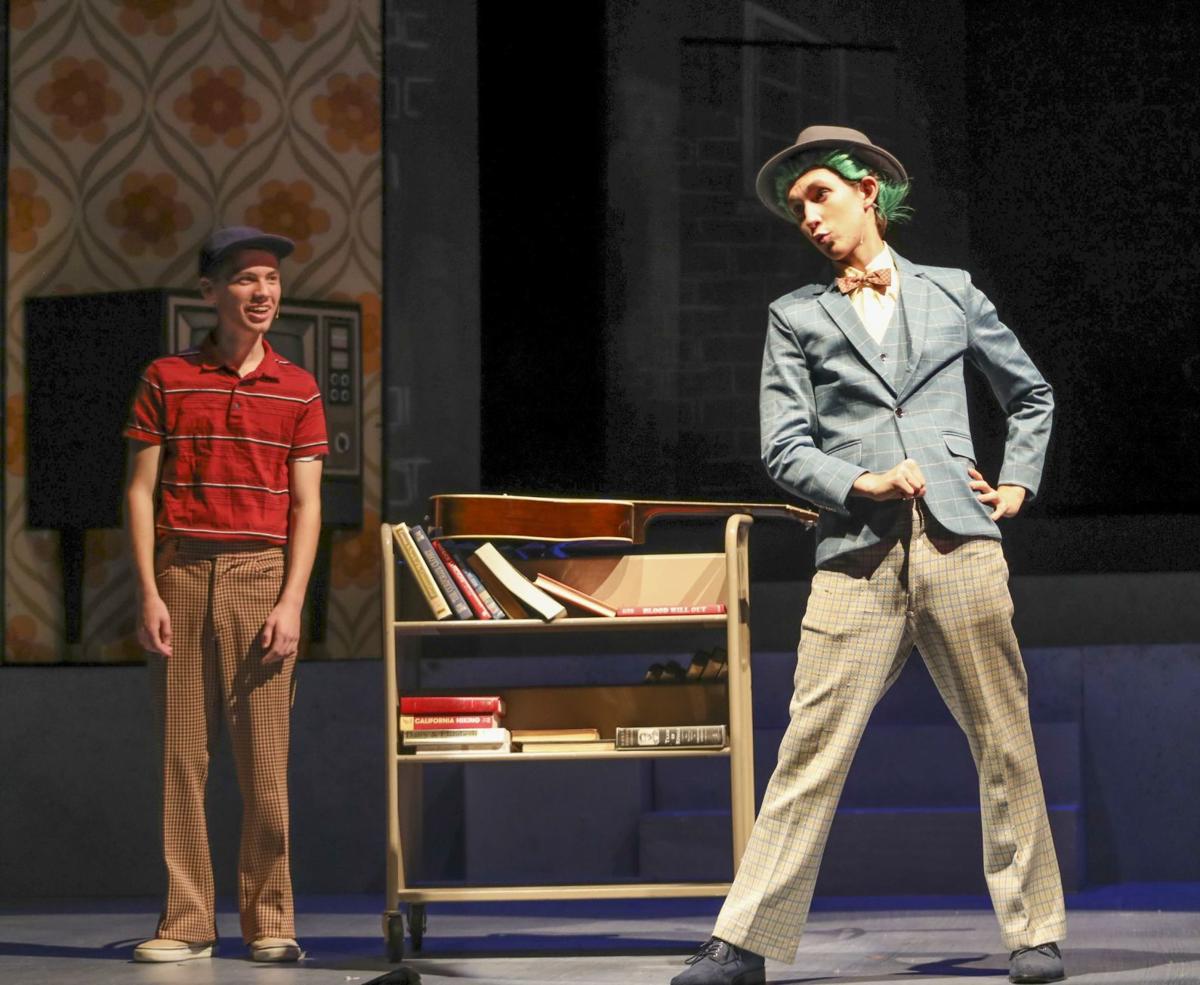 Mr. Wormwood, Francisco Siiora Gutierrez, right, extols his brilliance to his son Michael, (Shane McGrath) as he warns against the evils of reading books.

Mr. Wormwood, Francisco Siiora Gutierrez, right, extols his brilliance to his son Michael, (Shane McGrath) as he warns against the evils of reading books.

“Matilda the Musical” delivers an ineluctable statement about the power of childhood wrapped in irresistible entertainment. The production of the show, which opened last weekend at Napa Valley College, adds a powerful dose of magic to the mix.

Adapted from Roald Dahl’s 1988 novel, “Matilda the Musical” was first staged by the Royal Shakespeare Company in 2010. While adding musical numbers, the story remained true to Dahl’s tale of the inexplicably brilliant girl born into a world full of adult idiots, nitwits, and criminals, and who faces them down and triumphs.

The new show at the college is a co-production of the Napa Valley College theater arts and Cafeteria Kids, a local group that produces top-notch theater experiences for young people. It’s directed by Aimee Guillot and Olivia Cowell, the founders of Cafeteria Kids, who have inspired excellent, entertaining performances from a huge cast of enthusiastic kids. The show benefits from outstanding sets from Tayna Orellana, musical lighting from Theo Bridant, costumes from Abra Berman and sound by Jordan Berman. Jennifer King is the artistic director, Vivian McLaughlin is the music director and Olivia Cowell is the choreographer. Together, they create a village that produces one fine show.

Dahl often has no mercy on adults and this was especially true in “Matilda.” By some cosmic quirk, two of the worst parents on the planet end up with a delightful, precocious daughter, who horrifies them by reading books.

Mrs. Wormwood (Erin Smith and Courtney South) an empty-headed, peroxide blonde competition dancer, is taken up with a hilariously narcissistic but supple partner, Rudolpho (Jefferson Sbrissa). But while she is merely vulgar and self-obsessed, her husband, Wormord (Francisco Sipiora Guiterrez) is an apologetically ignorant knucklehead. He, gifted with a fine mind, as he describes himself in the book, has no need of such things as books, when he has a television. A shady used car salesman, when he is not denigrating his daughter, whom he insists on calling a boy, he is conniving to best a group of Russians by selling them cars not quite up to the mark. They have produced one son, Michael, (Shane McGrath) who is worthy of such parents, but they do not know why they have been cursed with Matilda.

And whereas Wormwood is merely mean, slimy and sadly, if solely, over-impressed with himself, it is the headmistress of Matilda’s school, the nefarious Agatha Trunchbull (Michael Conte) who is pure evil. The former hammer-throwing champion of the UK, she has turned her considerable force to tormenting and terrorizing children, most often referred to as “maggots” at her grim prison of a school, Crunchem Hall. Miss Trunchbull, inventor of the chokey for torturing children, finds glory in her wickedness. She declares it with relish and satisfaction. One can only wonder if, when this villain disappears at the play’s end, she might decide she could run for the U.S. Senate from Kentucky.

Only two adults in Matilda’s life escape being irredeemable nincompoops, Mrs. Phelps, the librarian (Ashley Zaragoza) and the sweet Miss Honey, her teacher (Tessa Mello and Maeve Roberts. They escape being hopeless by retaining something of the child themselves, a sense of wonder, kindness, imagination and a love of books.

While the adult actors are gloriously good, albeit (for the most part) comically wicked, they have an equal match in the kids. The star, of course, is Matilda. For this performance, the young actress playing the role was Talulah Finkelstein, which is shared with Sophia Grace Passaris. Miss Finkelstein’s performance was captivating, adroitly capturing the owl-like wisdom and uncompromising integrity of Matilda, and imbuing an exquisite poignancy and a lovely singing voice.

These are not the only winning performances from the Cafeteria Kids. Notable as Matilda’s schoolmate is Bruce (Noah DuBois, Jackson Lane) who pays dearly for helping himself to a piece of Miss Turnbull’s chocolate cake. Noah DuBois, from Sunday’s show, clearly demonstrated the moves of a future rock star at the show’s end. Eliza Wicks and Lucia Spezzia share the role of Lavender, who decides to be Matilda’s best friend, and Katelin Goleno, Jude Knight, Connor Cleland, Ava Ambrose, Sofia Richart, Hudson Pickett, Ella Pickett, Mirielle Manzon and Gabe DuBois, all add considerable panache to the show.

Possibly it will be sold out for the last performances on Friday, Nov. 15 at 7 p.m. and Saturday, Nov. 16 and Sunday, Nov. 17 at 2 p.m. in the Performing Arts Center at Napa Valley College. But it’s worth looking for tickets at performingartsnapavalley.org/matilda/.