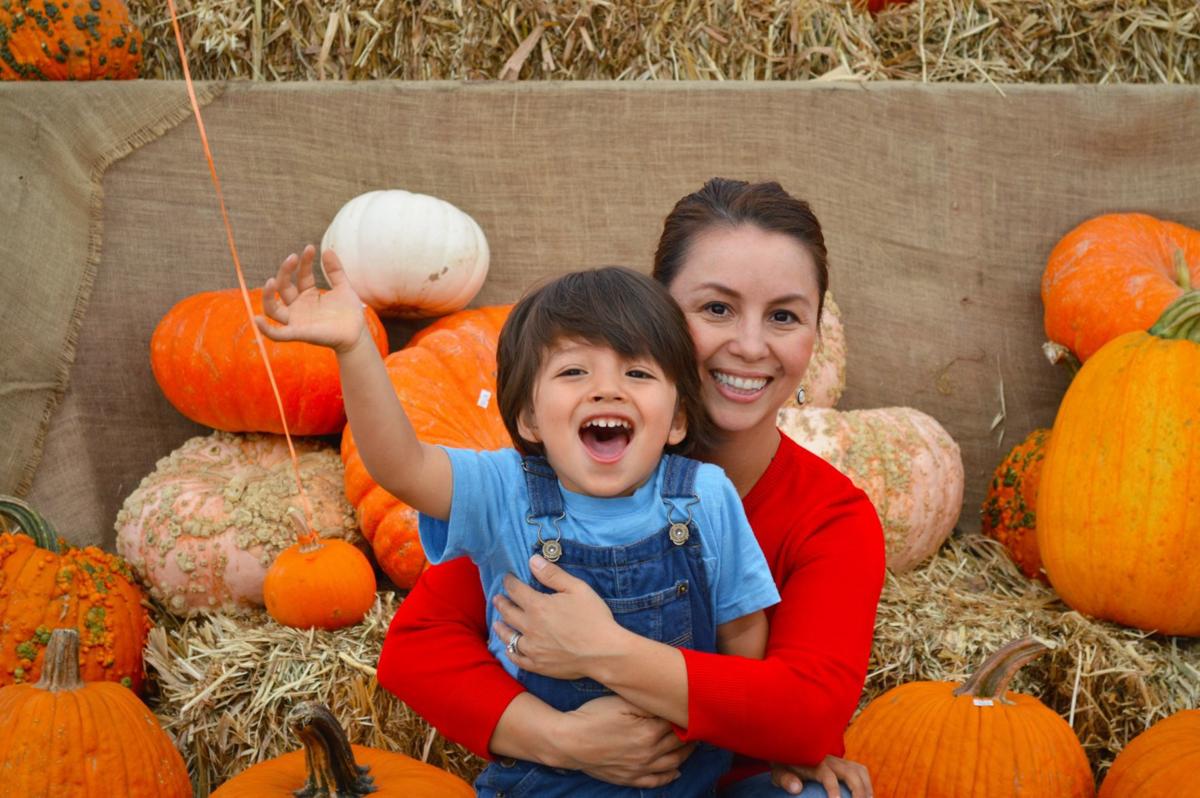 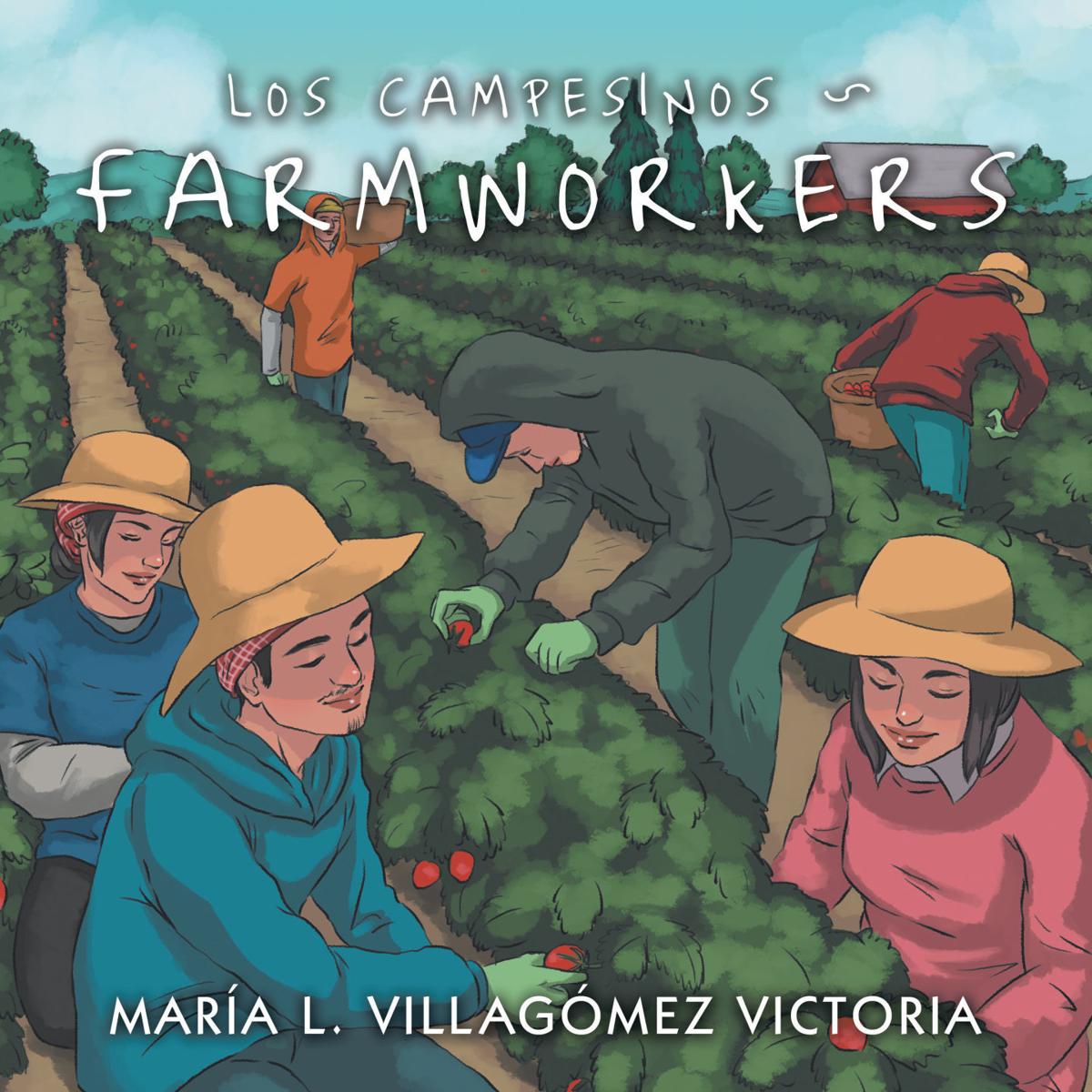 “Los Campesinos – Farmworkers” is one of three bilingual books written by Maria Villagomez. 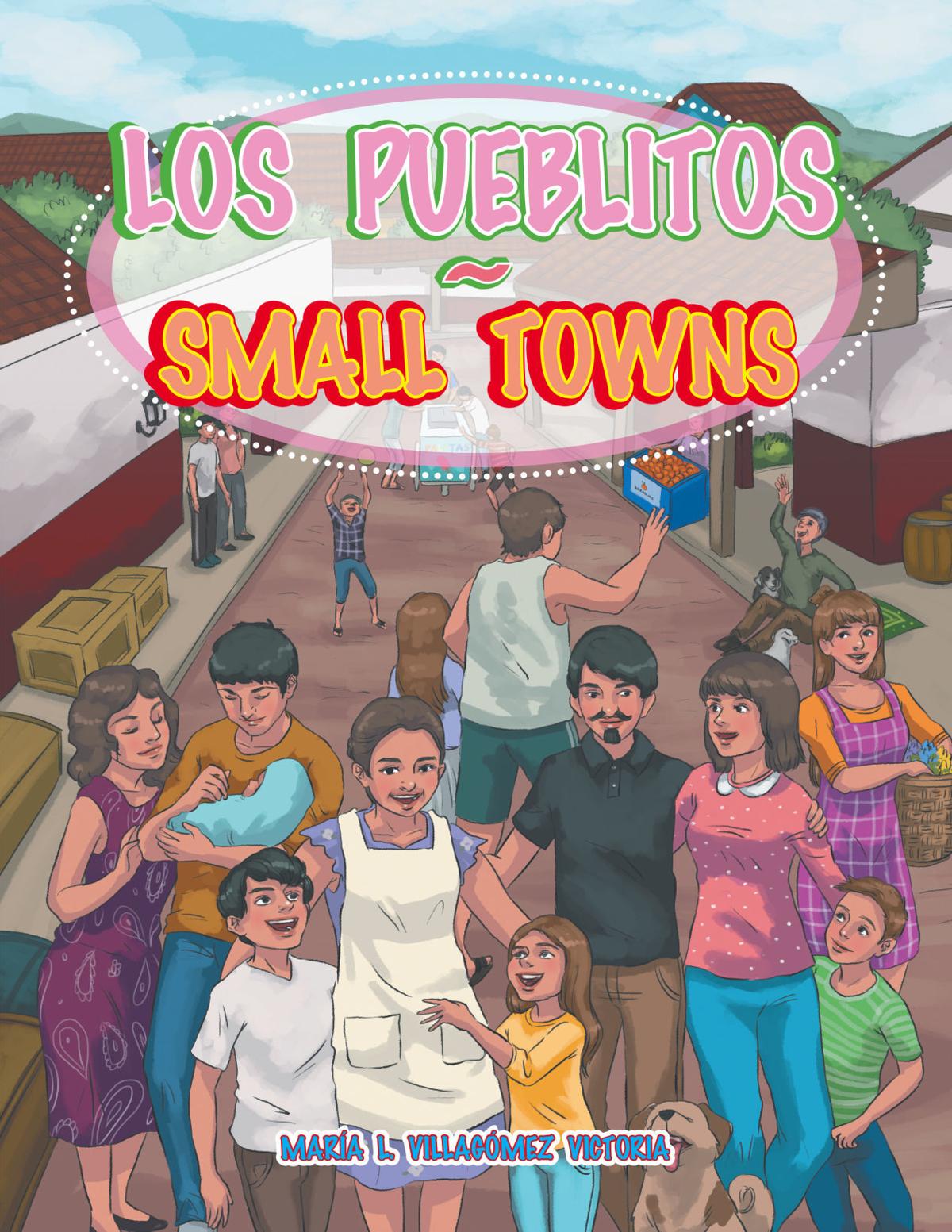 “Los Pueblitos – Small Towns” a bilingual book written by Maria Villagomez, portrays the simple life she lived growing up in a small town in Mexico.

“Los Campesinos – Farmworkers” is one of three bilingual books written by Maria Villagomez.

“Los Pueblitos – Small Towns” a bilingual book written by Maria Villagomez, portrays the simple life she lived growing up in a small town in Mexico.

Raising her 5-year old son to be as fluent in Spanish as he is English was so important to Maria Villagomez, a senior academic administrator at Napa Valley College, that she ended up writing three bilingual children’s books.

“As someone who taught Spanish for 19 years, it is very important that my son is bilingual. I’d go to bookstores to purchase books for him and find that the bilingual books were limited,” Villagomez said. “There were few options and the few that were available weren’t relatable.”

Bemoaning the fact that there were so few options in bilingual books for her son, she became inspired to write her own books after reading an article about two Hispanic American women who were starting their own publishing company and told her husband that she was considering writing a book proposal.

“My husband said, ‘Yeah, that’s a good idea but how about you publishing your own book?’ I thought about my husband’s suggestion. He was probably right. By the time I’d get a publisher our son might be a teenager,” Villagomez said.

The more she thought about it, the more Villagomez realized that she wanted her son and other children to have insight into what childhood was like for her growing up in a small Mexican village.

Coming from humble beginnings as the daughter of Mexican immigrants, Villagomez has fond memories of her childhood. Although she was born in Ventura, California, Villagomez was raised by her grandmother in Mexico and didn’t return to the United States to continue her education until she was 14.

Before becoming an administrator at Napa Valley College, she translated children’s books from English to Spanish and was the Spanish and Cultural Consultant to Universal Kids TV show “Nina’s World.”

Villagomez said that spending the money to publish three bilingual books that reflect her childhood was a “luxury” she gave herself that was “well worth it.” All three books were published through Balboa Press a little over a month ago.

“These short stories are very dear to my heart,” Villagomez said. “They are a compilation of memories from my childhood from which I want my son, nieces and nephews and children from around the world, to learn. They weren’t done for profit, rather as an opportunity to share with the world the importance of having a happy childhood in a loving environment.”

These books also offer adults a way to learn another language since every word written in English is also written in Spanish.

“Becoming bilingual is a value I want to promote,” she said.

The first book, titled “Mi Abuelita—My Grandmother,” is a tribute to her grandmother who raised her with infinite love.

“I didn’t live with my parents for very long,” she said. “I had a wonderful grandmother who shared her love with my sisters and me every single day. Despite having had a very difficult financial upbringing, our life experiences as kids were rich in love and happy moments.”

“My grandmother gave me unconditional love and the confidence to think I could do anything,” Villagomez said.

Her grandmother, who is still alive, was diagnosed with dementia a few years ago. “I was able to give her a few moments of joy with this book,” Villagomez said.

“Los Campesinos—Farmworkers,” her second book, is a tribute to her mother and aunts who worked so hard picking fruit and vegetables, often for 12 hours a day. As a single mom, her mother worked in the strawberry fields of Oxnard for 15 years to support her children.

“I’d like children from around the world to learn more about farm workers tremendous work ethic. The work ethic my mom and aunt exemplified was admirable,” Villagomez said. “They could pick up to 110 boxes of strawberries a day and were proud of it.”

“I wish for us to learn more about all the amazing single mothers and single grandmothers who work diligently every single day to care and provide for their children and grandchildren,” she said. “As a child, I never needed money or things, but I did need to feel loved and cared for.”

“Los Pueblitos—Small Towns” portrays the simple life she lived growing up in the small town of Santiaguillo, Mexico, an area where many immigrants to the United States come from, she said. This book highlights community and the importance of being a team player – all things that are learned from growing up in a small town.

Villagomez said she also appreciates the experience of “giving ourselves time to know people and to enjoy the sense of safety we learn in a small town.”

One of her goals in writing and publishing these books is for children from around the world to learn that living a simple life full of love and care is invaluable to their mental, emotional and physical upbringing.

“It is so important to grow up with love,” she said.

Villagomez will be doing a book reading for the Storytime event coordinated by Community Resources for Children at the Napa Farmers Market on Saturday, Nov. 2 at 10:30 a.m.

Villagomez is available to speak at schools and at book readings, and can be contacted atmvillagomez30@yahoo.com.

Her books can be purchased at the event and also at mariavillagomez or at balboapress.com (must search by title).

Hillary Homzie, the Napa author of books for young people, said she will have plenty of pumpkin spice goodies at the launch of her newest book…