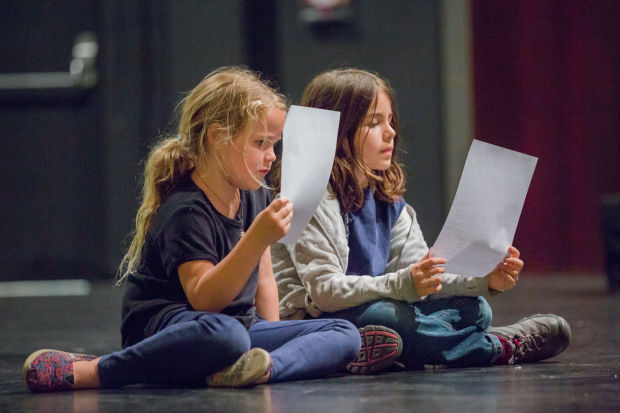 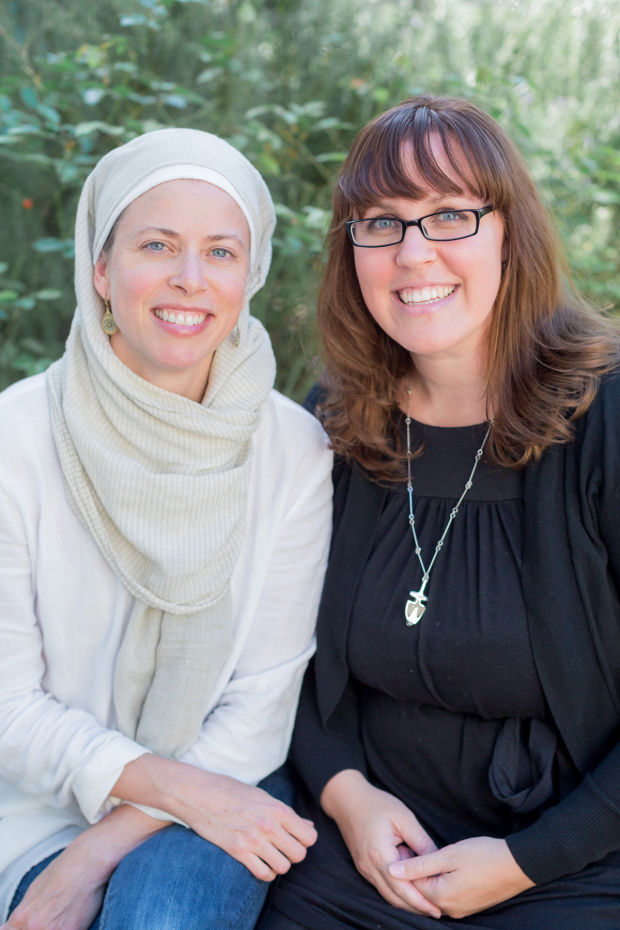 Both were participating in a special 10th anniversary observance reading of “The Laramie Project” directed by Jennifer King, under the auspices of Napa Valley College.

Guillot and Cowell found they not only shared a strong passion for theater, but for teaching the dramatic arts to young people. With their combined experience in the classroom, graduate school training in the performing arts and a commitment to raising their own children in the Napa Valley, Guillot and Cowell finally joined forces this year to create a new nonprofit — Cafeteria Kids Theater (CKT).

Families of all ages can meet the creative team and gather information on all CKT activities on Sunday, April 19, from 10 a.m. to noon, at a free Open House Workshop at the Napa Valley Performing Arts Center at Lincoln Theater, CKT’s venue partner. To register, email Olivia@cafeteriakidstheater.org.

Founder Guillot says the “drama” running rampant in school lunchrooms and class recess is in total sync with her vision for CKT:

“All the elements … are there: conflict, resolution, ensemble, improvisation, games and speaking or shouting and sometimes screaming. And kids throw themselves into it with freedom and abandon overcome by their natural impulse for acting out the truth of each moment.”

“This is what I want to harness — this feeling of spontaneity and the ability to move and speak and use one’s imagination in a safe environment where kids feel comfortable to be themselves.”

Guillot, an award-winning professional actor, discovered a love of teaching during her pursuit of an MFA in acting from UC San Diego. She has appeared in numerous, prestigious New York stage productions as well as many regional and Bay Area works. Guillot is an original member of the New York-based theater group, The Civilians and received a Drama-Logue award for her performance as Cecily in “The Importance of Being Earnest” at the La Jolla Playhouse.

“Aimee has a wonderful gift for engaging children and introducing them to the theater,” says Karen Kelly, whose 7-year-old daughter, June, participates in theater classes with CKT at Blue Oak School. “I love giving my daughter the opportunity to be part of something bigger than herself.”

Cowell is a Royal Academy of Dance trained dancer and received her MA in drama from San Francisco State University. She has directed locally for companies such as Lucky Penny Productions, Napa Valley Playhouse, Studio G and the Sonoma Backstage Theater.

In 2010, Cowell directed a highly-acclaimed production of “A Chorus Line” for the Napa Valley Opera House with a cast made up of area high school-aged and community college students. Cowell has been a teaching artist in elementary and middle schools throughout Napa Valley and currently teaches performing arts at Napa Christian Campus of Education.

“Teaching drama to kids guarantees an exciting workday, every day,” Cowell acknowledges. “Their imaginations and willingness to delve into a variety of characters and scenarios never ceases to amaze.”

Evy Warshawski welcomes your comments and arts news at evywar@gmail.com.