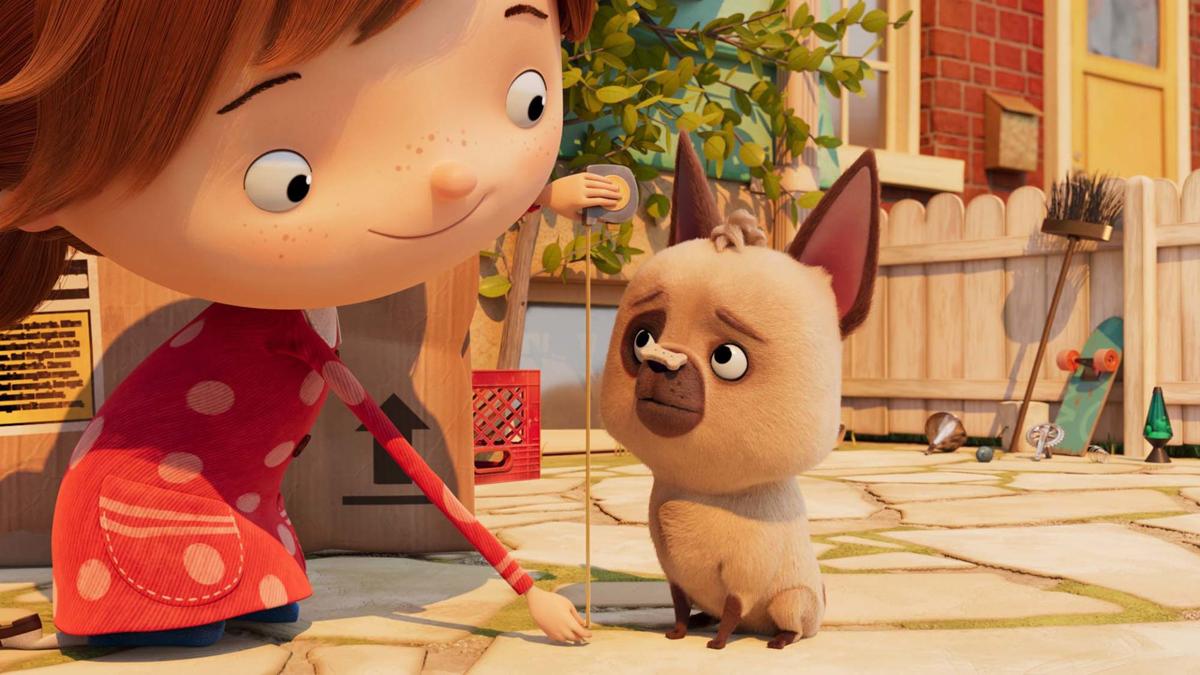 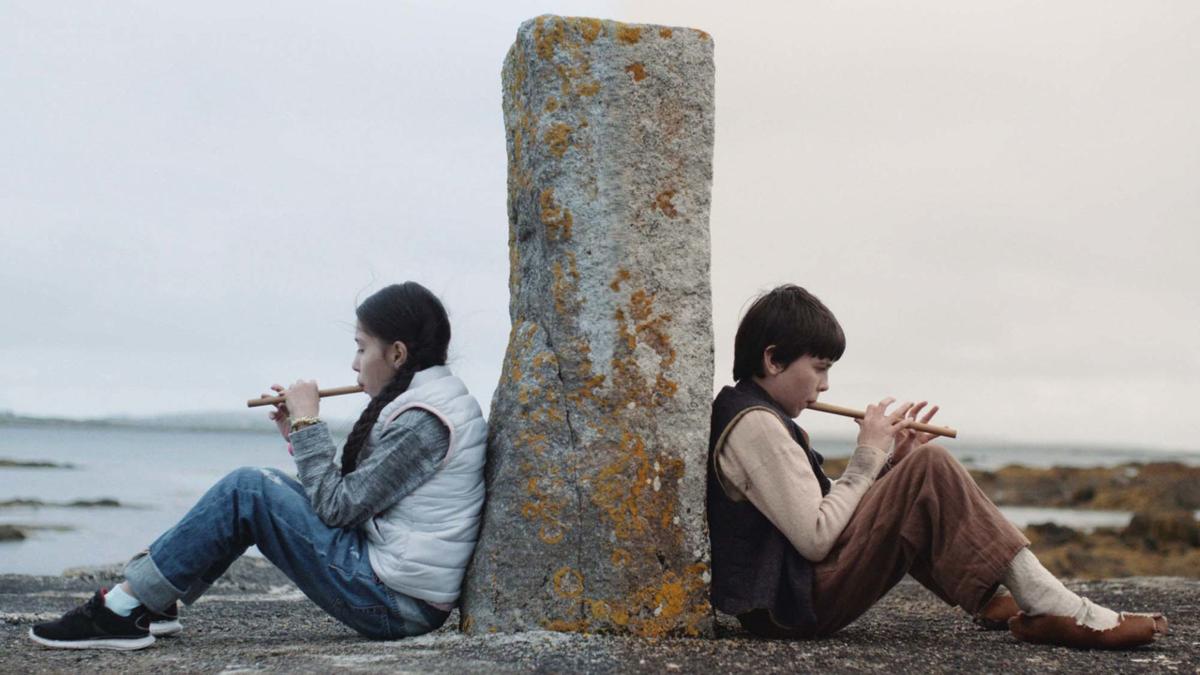 "All In Good Time" is a comic fantasy about two children who magically communicate across the barriers of time, through messages in a bottle.

In "Made Public," Dave commits the cardinal sin of asking the night before his vows (via social media), IF he should get married.

In "War Paint," a soldier fights through the heat and hell of the Vietnam War in the early 1960s.

The Yountville International Short Film Festival (YISFF) returns for the third time February 6-9, again set to feature more than 100 short-format films from around the world within four days.

Inspired by the Jessup Cellars Art House Short Film Series that takes place annually from January through April, the YISFF launched in 2018. It is planned to integrate the fine food and wine of Yountville into an intimate film festival experience.

Like the sips and tastes available year ‘round in the restaurants and wine tasting rooms in town, the short film format tells a full cinematic tale served up in a bite-size serving.

“Being back for our third year is an incredible feeling,” said festival co-founder Bill Hargreaves, “We are so honored that the Yountville and Napa Valley community has embraced the festival.”

Hargreaves said the format has worked and more than 100 short films will be screened, along with four VIP wine and culinary experiences also paired with short films.

Following the third season of the Art House Short Film Series, explained Joel Quigley of Jessup Cellars and Handwritten Wines, leaders in Yountville inquired a few years ago about establishing a permanent, annual international short film festival. “We took the idea to our partners in Silicon Valley, and have now been able to team up with Yountville’s businesses, Chamber of Commerce and the town to launch this fest two years ago,” Quigley said. “It was a hit right out the gate, and a winner for visitors and locals alike!”

According to Hargreaves, the Academy of Motion Picture Arts and Sciences defines short films as fewer than 40 minutes, while films selected for the YISFF are shorter. “We have films ranging from 30 minutes to five minutes.”

There are also a number of YISFF pictures that were on a short list for an Oscar nomination, Hargreaves said, and one called “Nefta Football Club” garnered a 2020 nomination.

Along with co-founder Sinohui Hinojosa, both Silicon Valley businessmen who founded a similar event in San Jose more than a decade ago, Hargreaves curates the line-up and then works with festival partners to plot out program blocks that are about an hour and a half long, so that in one sitting theater-goers can see between five and eight films.

The blocks are identified by genres such as world cinema, drama, science-fiction, documentary, animation, comedy, romantic comedy and family-friendly themes. The pop-up theaters will again dot downtown Yountville within the Barrel Room at V Marketplace at The Estate Yountville, the Heritage Room at the Yountville Community Center and at Bardessono Hotel.

A few examples of films set for this year include:

“All In Good Time”

A comic fantasy about two children who magically communicate across the barriers of time through messages in a bottle.

Dave commits the cardinal sin of asking via social media the night before his vows IF he should get married. Now in an effort to save his marriage before it’s even begun, he must confront his own cold feet, a Greek chorus of bridesmaids and the bride herself, who is just not having it.

A timeless tale about learning through perseverance and hard work, the power of love, and selflessness. A little girl and her canine best friend happily explore the world, but when she receives her very own tool kit, they set out to make the most magnificent thing ever for her best friend – but it’s not as easy as she thinks.

Oscar-nominated film. In the south of Tunisia, two football fan brothers run into an unexpected guest while traveling near the border of Algeria. To their surprise, the fellow traveler is a lost donkey with headphones over its ears.

A soldier fights through the heat and hell of the Vietnam War in the early 1960s.

In what has become a signature of the YISFF, in between film blocks are “intermissions” that can last for several hours so that attendees can enjoy bite-sized Yountville experiences ranging from retail stops, to tasting rooms, to the vast outdoor public art offerings, as well as nearby restaurants.

Special screenings will include children’s films and Meet the Filmmaker events. One of the special VIP gatherings features four award-winning short films paired with a Jessup Cellars wine and artisan flavor-infused popcorn at Bardessono Hotel and Spa.

Options for attendees include a Friday pass, a weekend pass, a full festival pass or a VIP pass, which includes the daily VIP wine tastings, as well as an opening night event and after-party. Prices range from $25 to $249. The complete schedule, as well as festival passes, are available online at YISFF.com. Passes will also be available at the Yountville International Short Film Festival Box Office, located near the Heritage Room at the Yountville Community Center throughout the event.

The Yountville International Short Film Festival, which premiered last year, returns for a four-day run on Feb. 7-10 with more than 100 films,…

The second annual Yountville International Short Film Festival (YISFF) on Feb. 7-10 in Yountville will feature more than 100 short films from …

The Napa Valley Film Festival (NVFF) is accepting film submissions for the 2020 program.

Marc and Brenda Lhormer look ahead after filming a new feature, 'Dear Zoe'

Brenda and Marc Lhormer, founders of the Napa Valley Film Festival, talk about returning to the world of making films with their new feature, "Dear Zoe."

"All In Good Time" is a comic fantasy about two children who magically communicate across the barriers of time, through messages in a bottle.

In "Made Public," Dave commits the cardinal sin of asking the night before his vows (via social media), IF he should get married.

In "War Paint," a soldier fights through the heat and hell of the Vietnam War in the early 1960s.