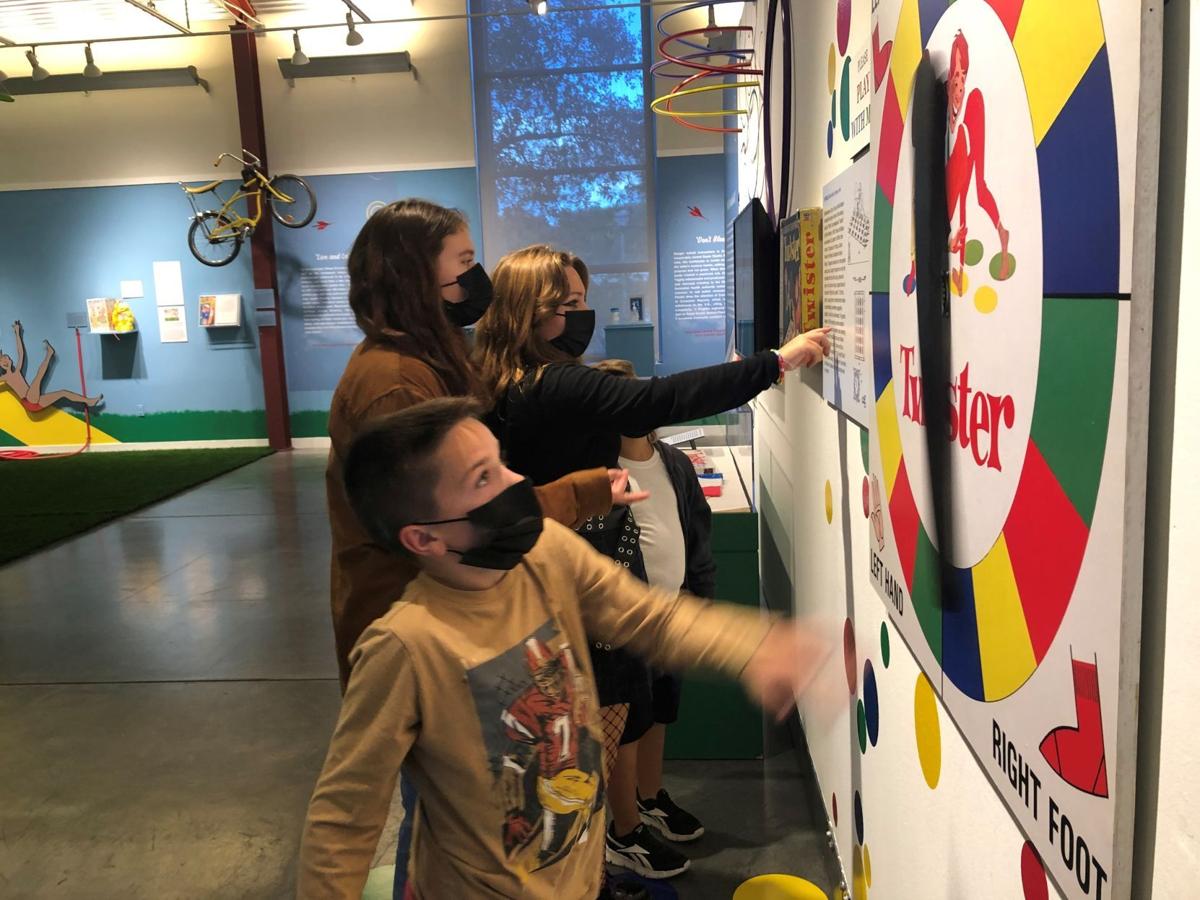 Remember Twister? If you don't, a trip to the Napa Valley Museum's "Dangerous Games" exhibit is in order. 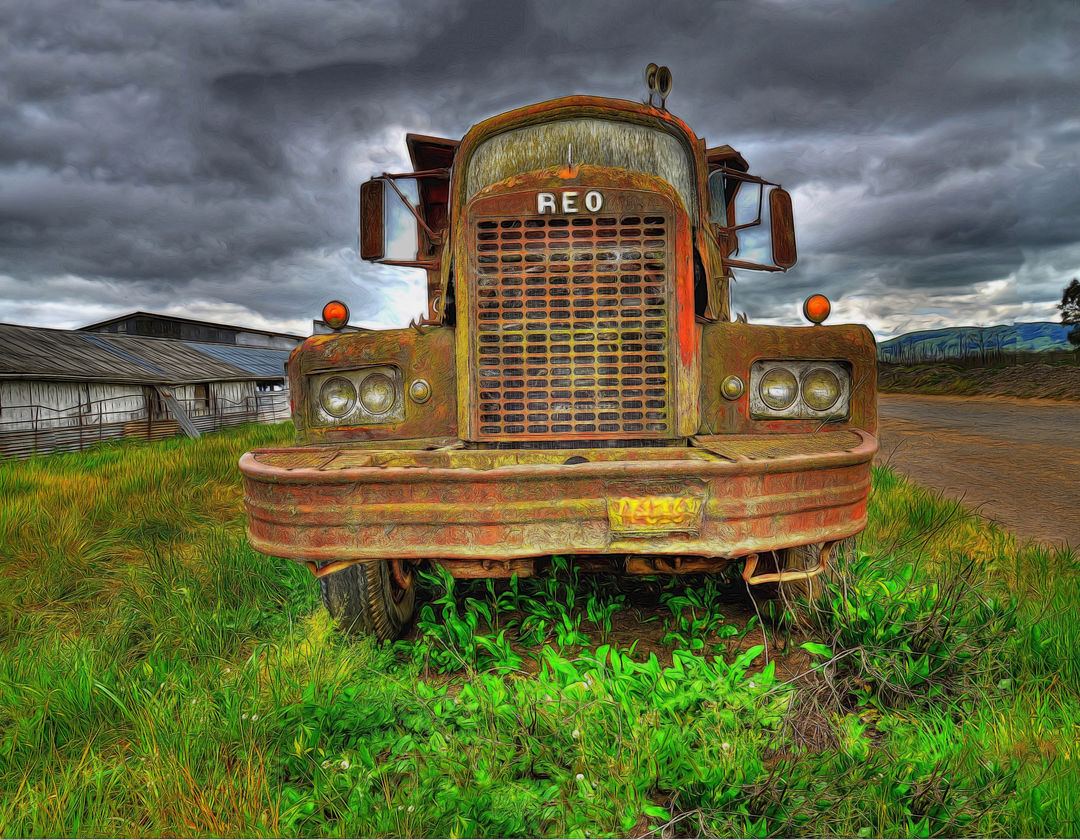 "REO" by Lanny Johnson is one of the photos in "Yesterday, Today and Tomorrow” showcasing from the Napa Valley Photographic Society 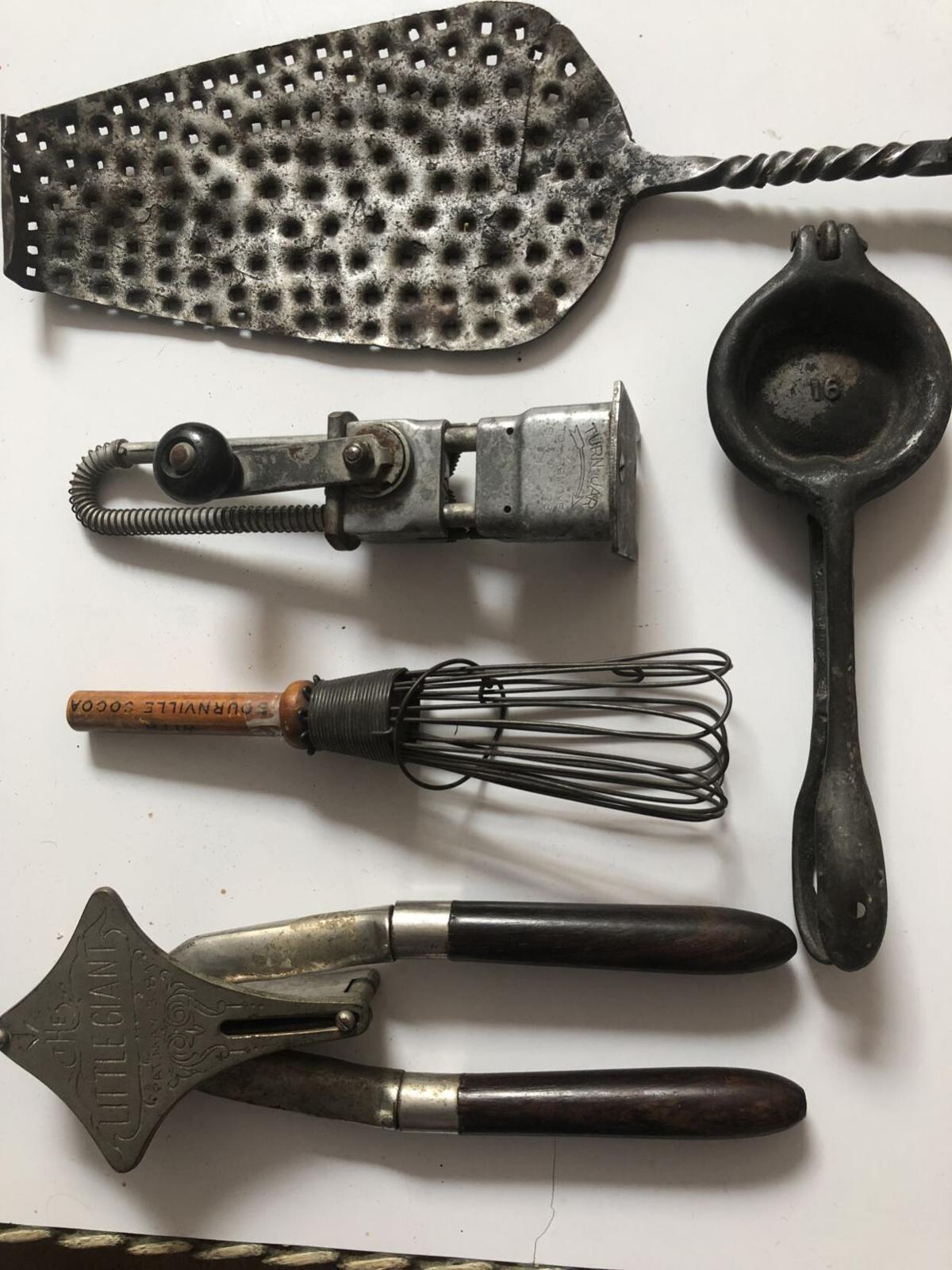 This is just a small sample of the kitchen tools on display in "Gizmos and Gadgets" at the Napa Valley Museum.

The Napa Valley Museum Yountville continues to amaze, amuse and impress its guests with intriguing exhibits.

Now, through Nov. 29, the downstairs Lonnie Carr History Gallery features the first exhibit of photos at the museum from the Napa Valley Photographic Society titled “Yesterday, Today and Tomorrow.”

Also downstairs is a fascinating assortment of old and sometimes bizarre kitchen tools called “Gizmos and Gadgets,” which will be on display until Jan. 2, 2022. Upstairs in the main gallery, “Dangerous Games: Treacherous Toys We Loved as Kids,” runs through Feb. 13, 2022.

Any one of these alone would be worth the price of admission.

The juried show features a wide range of subjects. From vibrant photos like Red Car taken in Havana by Elizabeth Bush and the rusted REO truck by Lanny Johnson, to color photos that seem black and white, such as Sierra Snow by Chris Sauer, the photographers submitted photos that reflected the theme to them. Printed on photo paper, canvas, or metal, matted and framed, the images are thought-provoking.

“Yesterday, Today and Tomorrow” was an open category for travel, nature and landscapes,” said Gary Sampson, president of the society. “We feel it’s a perfect fit for the Lonnie Carr History Gallery, which houses the permanent exhibition of Napa Valley history. Our member and Exhibit Chair, Betty Malmgren, has ties to some of the families included in the history cases.”

“All the photographs are for sale and 50 percent of the sale goes back to the museum for educational purposes. One of our talented photographers, Roland Dumas, has two bird images, 'Nesting Egret' and 'Self Portrait in the show. He has a following on Next Door Neighbor for his nature photography and people are always saying he should offer them for sale.”

More information on the Napa Valley Photographic Society is at www.napavalleyphotographicsociety.org.

“Kitchen Gizmos and Gadgets” from the Kathleen Thompson Hill Culinary Collection features obscure utensils that tell the history of bygone eras. Thompson Hill is the food and wine editor for the Sonoma Index Tribune and hosts a radio show on KSVY.

“I started collecting old kitchen utensils as little gifts for my mother in the mid-80s,” said Thompson Hill, who has also written for Sunset Magazine, the Boston Globe and the Chicago Tribune. “The oldest tool I have is a citrus squeezer from 1780s England.”

A video of Thompson Hill plays on a continuous loop and explains items in the collection, such as the toasters. Displayed are metal toasters that were held over open kitchen fires by servants to the pop-up toasters of the Wonder Bread years. Don’t miss the Toast-O-Lator, made in 1948, with a window so you could watch the bread as it traveled from one end of the toaster to the other.

Did you know that frothy foods were a symbol of wealth in the old days? Offering guests whipped cream or foamy desserts meant you had a servant in the kitchen, beating with all her might. When eggbeaters came on the culinary scene, the servant’s labor was lessened, and the role eventually eliminated.

“What I like the most is listening to the viewers talk to each other,” said Thompson Hill, who has 3,000 to 4,000 additional kitchen items in storage. “Grandmothers brought mothers and grandchildren back and enjoyed telling them stories about how they used the gadgets. I hope people take away the fun and learn a little history.”

Last but certainly not least is “Dangerous Games” in the main floor gallery. Called toys that were “delightfully dangerous diversions,” they run the gamut from Daisy Red Ryder rifles similar to the one used in “A Christmas Story,” to the harmless-looking but welt-inducing WHAM-O Willy Water Bug designed for “Cool splashing fun” — if you didn’t get whacked by one of his water-whipping tenacles.

The display comments are as funny as the goofy yet treacherous toys. There’s even a play area with artificial grass and lawn chairs where kids (and adults) get a chance to experience safely updated lawn darts, whiffle basketballs and hula hoops. In this area is also a facsimile of Twister, deemed “too provocative” when the game was released.

A delightful kit is the 1950s “Atomic Energy Lab” with real uranium ore, so every family could appreciate splitting atoms. Then there were toys like Mattel’s Vac-u-form and the Creepy Crawler Thingmaker, along with their fume-producing plastic and red-hot molds that formed tiny cars or dreadful insects.

Throughout the exhibit next to the actual items are original commercials touting toys such as Topper Toys’ Suzy Homemaker line, so every little girl could have fun like mommy doing real ironing, vacuuming, blending and baking.

Napa Valley Museum’s Executive Director Laura Rafaty said the “Dangerous Games” exhibit is one of the most popular exhibits the museum has had.

“It’s equal at least to our Julia Child photo exhibit,” said Rafaty. “It was fun to work on, although the research was the hardest thing. One of our trustees, Thurlow Washam, was a partner in scrambling to get the toys. I’ve always wanted to do this exhibit and we learned that there’s a fan base for all of them. He’d tap into that base to find the toys.”

The museum hopes to mount a touring exhibition of the show.

“The biggest take away from “Dangerous Games” was the surprise at how different parenting was then,” said Rafaty. “It was very much just telling kids, 'Come back for dinner.' The most interesting conversations we’ve had are with STEM scientists who played with some of the sets when they were young. It increased their level of confidence as children.”

“I’m truly surprised how much multiple generations have enjoyed all the displays, from “Gizmos and Gadgets” to the NVPS “Yesterday, Today and Tomorrow shows.”

“People love the kitchen utensils so much, especially the video and stories. Kathleen is well respected; she’s extraordinary.”

“This is also the first time the NVPS had exhibited here. It’s been very popular because of the diversity and techniques of the photos. The photographers are both newer and experienced. I’ve enjoyed watching people studying the photos.”

The Director of Exhibitions, Michael Mingoia, coordinated both downstairs shows.

“Michael found items such as cabinet doors to display the kitchen utensils and helped NVPS group the photos,” said Rafety.

The Napa Valley Museum Yountville is across the street from the Veteran’s Home of California and open 1 to 4 p.m., Thursday through Sunday, except for major holidays. Visit napavalleymuseum.org for more information.

The Napa Valley Museum takes a nostalgic trip back to childhood as it explores wacky toys that were sold for kids and families in  “Dangerous Games: Treacherous Toys We Loved As Kids,” opening on Saturday, Sept. 25.

Remember Twister? If you don't, a trip to the Napa Valley Museum's "Dangerous Games" exhibit is in order.

"REO" by Lanny Johnson is one of the photos in "Yesterday, Today and Tomorrow” showcasing from the Napa Valley Photographic Society

This is just a small sample of the kitchen tools on display in "Gizmos and Gadgets" at the Napa Valley Museum.