'Seeking': Paul Moser's memoir of being lost, then found
Share this
Return to homepage × 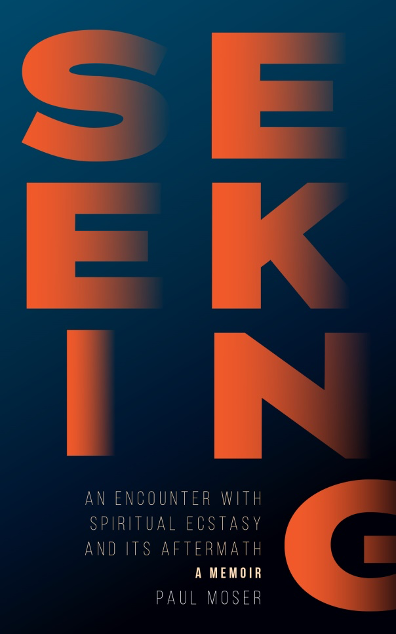 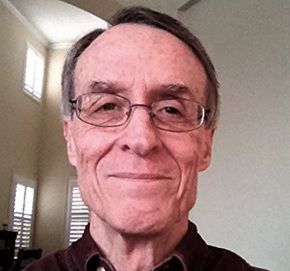 Paul Moser is known to Napa Valley Register readers for his biting political satire on the editorial pages, and perhaps for his blog, www.thisunholymess.com. Long before I met Paul, I had messaged him with praise for the content and style of his posts.

Despite his wit, you would not describe Moser as gregarious. On the contrary, he is quiet, soft-spoken, and not entirely comfortable out in the wide world with its noise and crowds.

Educated at Stanford, he was drawn to French language and culture, and lived in France for a while as a young man. Moser has had a 30-year career as a sommelier, retailer, and winemaker. But prior to all that, in his 20s, he was drawn to a series of spiritual disciplines that produced experiences of great joy, followed by decades of despair.

Ten years ago, Moser felt the need to write a serious memoir about his experience seeking a spiritual life. The result is “Seeking,” the fascinating story of his journey, full of lucid insights that every reader can grasp.

Moser was raised with the teachings of Catholicism. As an adult, he left the dogma behind, but took with him fear, shame, and a perception of self-denial and suffering as noble pursuits. That growing mindset nearly became his downfall.

When he was introduced to the writings of Ram Dass, followed by encounters with Indian teachers and Sufism, Moser combined those spiritual paths with his Catholic roots into a life of scarcity, meditation, and disconnection from the world at large. He writes with honesty about his desperation, errors, and self-doubts. He lost his moorings as he met each new crisis by going deeper into asceticism, where money, food and comfort lost their power over him.

Moser is such a thoughtful and skilled writer that he has the ability to come close to saying with words what really can’t be said with words. He writes about the depth of joy that he found in his spiritual explorations, followed by near-suicidal despair when the joy disappeared.

If not for a few caring friends, who took him in and patiently accepted his ways while he fought his demons, Moser could have ended up on the street and seriously mentally ill. He recounts his story with details and without embarrassment. It is the truthfulness of his journey that makes this book such a great read.

Moser’s memoir should be a solace to anyone touched by the agonies of addiction, mental illness, or homelessness. I recommend it for anyone frustrated by a loved one who has taken an inexplicable divergent path. Seeking enables the reader to see what one man’s journey was all about and even suggests some responses: love, acceptance, time.

Moser will give a reading and book talk, including Q & A, via Zoom on Saturday, July 11, 5 to 6 p.m. To participate, register at read@napabookmine.com. This is your chance to meet a gifted local writer and purchase the book.

“Seeking” is also available as a paperback or e-book at Amazon.com and Barnes & Noble.

Lenore Hirsch, whose latest book is "Laugh and Live, Advice for Aging Boomers," will be at Napa Copperfield’s Books from 1 to 3 p.m. on Saturd…

'Fortnight on Maxwell Street': Napa author publishes a 'book for our time' set in the dangerous streets of Chicago in 1968

In the spring of 1968, Nick Weissman, 24, sets out on a rite of passage for his last year of medical school at Northwestern University. In kee…

'Lies that Bind': an arresting debut novel from a Napa author

Quite a few mystery novels set in Napa Valley land at the Napa Valley Register, and most of them bear the unmistakable marks of an author who …

Love without cellphones? Really? Sasha Paulsen's debut novel harkens back to 'the winter after the Summer of Love'