Become a Member
Read Today's E-edition
Share This
'Torn Lilacs': a story of love and courage in World War II from a Napa author
Share this
1 of 2 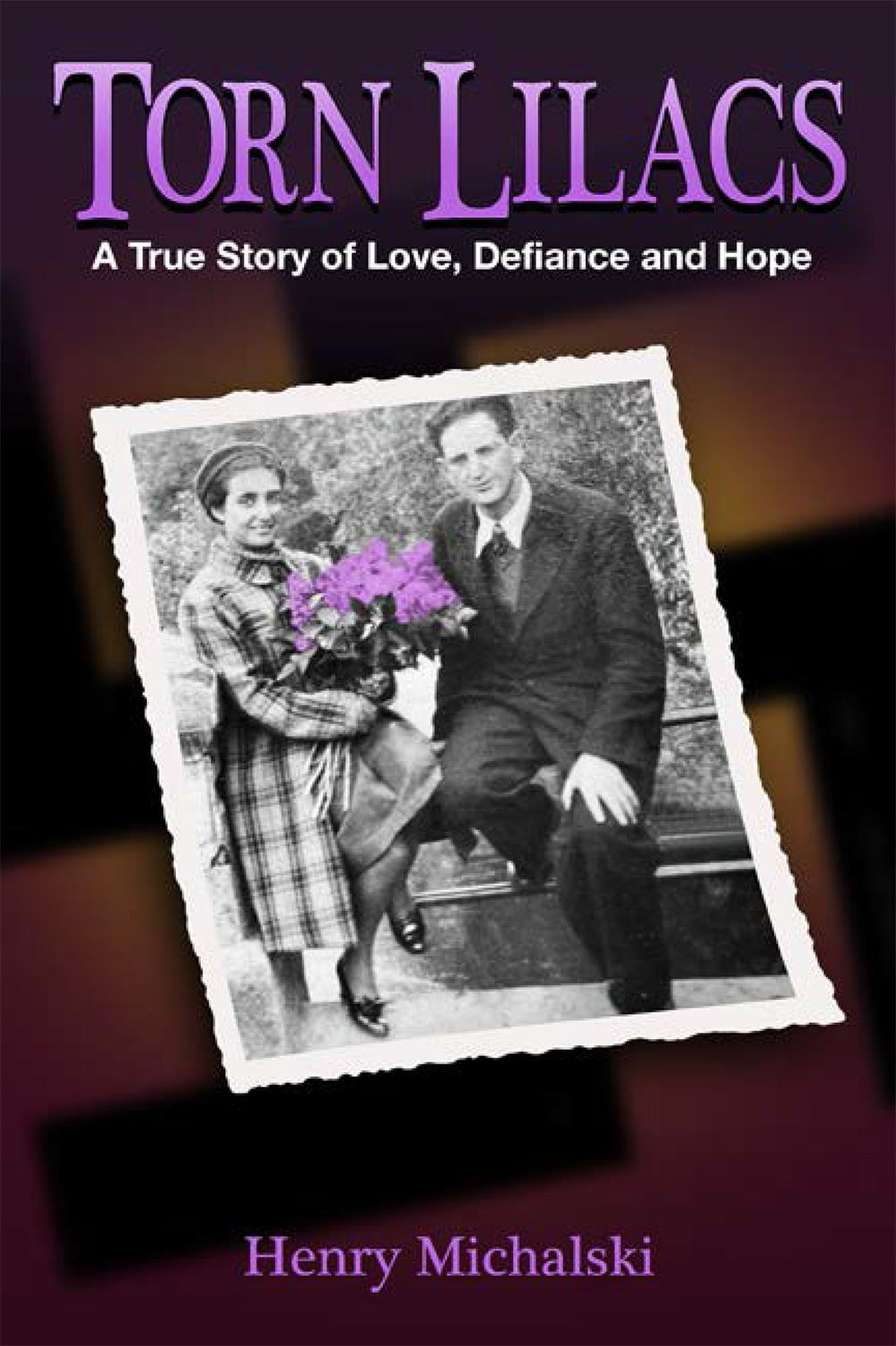 Henry Michalski, a retired Napa high school history teacher, has published a gripping account of his parents' experiences during World War II in Poland and Russia. 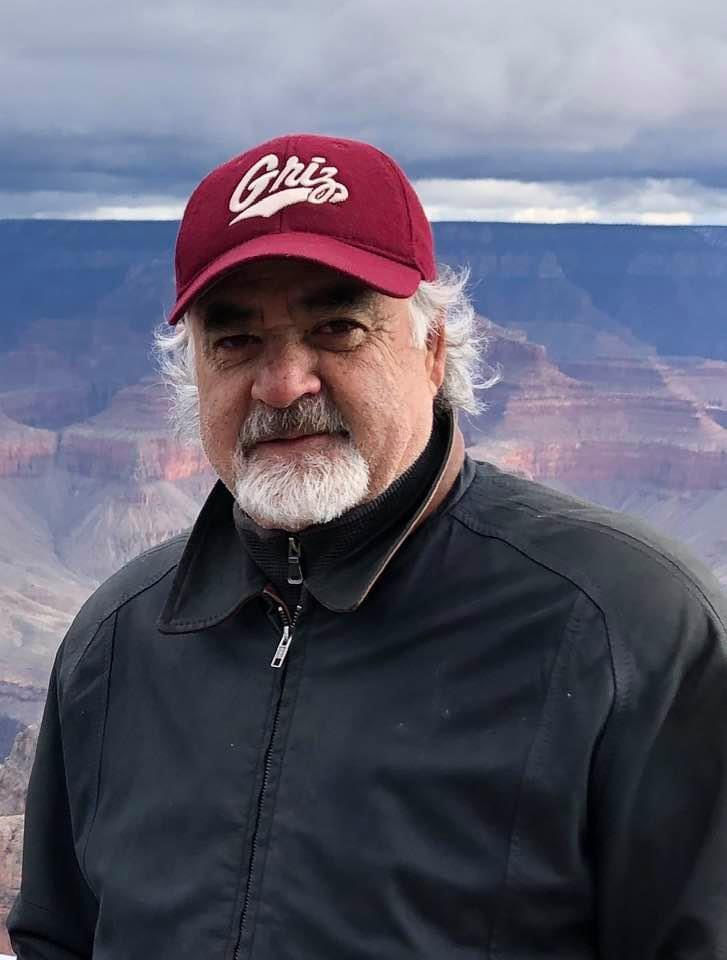 On the cover of “Torn Lilacs,” by Henry Michalski, a photograph shows a young couple, looking shy but hopeful. He is older, serious and earnest. She, smiling, is holding an armful of lilacs, that fragrant harbinger of returning spring.

Fela Kurvent was a lively, attractive teen-ager, who had caught the eye of a young sheet metal worker, Josek Michalski After hearing her sing and watching her dance, he knew she was the one for him.

Eventually, she decided she liked him best of all her admirers, and in ordinary times, they might have married and continued life as their families had, observing traditions and holidays, raising a family in their comfortable home in their bucolic village.

But their hometown was Gostynin, Poland, and they were Jews, about to experience the collapse of humanity that was Nazi Germany.

Fela accepted Joska as he was drafted into the Polish army and called to active duty in advance of the 1939 German invasion of their country that started World War II. After Poland fell, Joska became a Russian prisoner of war in Oleska in Ukraine. The Nazis arrived in Gostynin, “in the heart of Poland, along the beautiful Skrwa River in an idyllic expanse of fields, woods, streams and valleys,” a town with a population of about 7,000, of whom 2,000 were Jews.

As the Nazi brutality overtook Gostynin, the synagogue was burned and the residents subjected to hostility and humiliation, Fela’s parents decided that it will be best if she joined Joska in Oleska. Fela and her brother Kuba set out to try to find their way into Russia, not realizing that they’ll never see their parents or younger sister again.

Within pages they are running for their lives, freezing, starving, hiding. Betrayed and captured by Nazis, they escape only to encounter an equally vicious anti-Semitism in the Russians who send them to a gulag, a workers’ camp, in Siberia. There, the brother and sister are separated. Fela struggles on along, surviving the harsh winters, brutal work, inhumane conditions and illness (she nearly loses both of her legs to frostbite) until the war’s end when they are reunited.

With too many German soldiers to fill their work camps, the Russians offer freedom to those who can get themselves away. Kuba and Fela help build a raft to sail down Russian rivers, heading south. In, of all places, Dzhambel, Kazakstan, they find Josek, who has been searching for Fela since his own release from prison.

“Torn Lilacs” is a harrowing tale of three young people determined to survive the worst that can be hurled at them, but it also reveals humanity’s better angels in unexpected turns. Amidst the callousness, savagery and treachery, individuals step forward to help a stranger, share food, to become a friend. Courage abounds.

And survive they do, the only ones of their families to emerge from the Holocaust. Kuba heads to Palestine to help build the new state of Israel; Fela, Josek, and their two children, after living in displaced persons camps in Europe, finally are able to immigrate to the U.S. and begin to build a life.

A gripping page-turner, it reads like a novel, except the subtitle makes an important note. “Torn Lilacs” is “A true story of love, defiance and hope.”

Henry Michalski, a retired Napa history teacher, is recounting the inspiring story of his parents and his Uncle Kuba.

“They are my heroes,” said Michalski, who grew up in San Francisco where Fela and Josek settled. Michalski said his childhood was filled “with a lot of questions. Why didn’t my brother and I have grandparents, aunts, and relatives to play with. Kids at school always asked my nationality. I didn’t know what to say. Was I Kazakhstani since I was born there. Was I Russian since Kazakhstan was a part of the USSR? Was I Polish, American? Is Jewish a nationality? Why did we come to America as immigrants on a ship?”

When company came to his house, they spoke Yiddish and he wondered why some had black numbers tattooed on their forearms. “I would sit quite off to the side and listen to my parents talking.” Eventually, he began to piece together “accounts no child should hear.

“I heard stories of loss and pain, separation and death, but there was never talk of vengeance or retaliation against their perpetrators because there was no time or place for hatred,” Michalski writes. “My parents were more interested in building a future for their boys... they were determined to make it on their own. My father said, ‘Hitler took 10 years of my life, but he’s not getting another minute.’”

Early on, Michalski adds, his mother designated him the family historian, telling him, “You gonna write my story. No one will believe what we went through, but the world has to know. I’m not giving Stephen Spielberg my story. I didn’t suffer that much to make him rich. You’re gonna tell my story.”

In 1976, accompanied by his friend Harris Nussbaum, Michalski went to his parents’ home in San Francisco with a tape recorder. “This was a mistake,” he said, “because they both kept interrupting each other.”

He recorded, nonetheless, the entire story. And he began to share it. When his high school students were studying World War II, he said he would “borrow a day from the curriculum ... and share the story of two ordinary people ... My students sat in rapt attention for the entire period, their eyes fixed, a few cried, and when the bell rang, no one moved. Stunned, they slowly approached my desk. ‘Mr. Michalski,” they said, “you have to write this book.”

Another person who urged Michalski to turn his parents’ story into a book was journalist Jay Goetting, who became an editor for the project.

In the tumultuous world of 2020 it “seemed important,” to finally finish the work, Michalski said. “With anti-Semitism on the rise, “some stories have to be told.”

He notes, “Outside of raising my two children, writing Torn Lilacs has been the most challenging and satisfying accomplishment of my life, inspired by 36 years of teaching history in our Napa schools.”

No matter how stories are told about the suffering the Nazis inflicted on the world, the bewildering horror of their actions does not loosen its fearful grip.

In one of her early encounters with a Nazi, Fela is horrified and later haunted by the deadened look in his “cold blue eyes.” “Why are they doing this?” she asks again and again. Is there an answer? What happened to people that let them follow a man such as Adolf Hitler? What was extinguished — or what is ignited? — that turned them into pawns willing to inflict such anguish on their fellow travelers on the planet?

Maybe there are no answers, except to tell the stories. “This could happen to ordinary people,” Michalski said.

That these ordinary people, Fela, Josek and Kuba, not only survived but went on to live their lives seems like a miracle.

It’s something Michalski acknowledges as he quotes David Ben Gurion: “A Jew who does not believe in miracles is not a realist.”

“Torn Lilacs” is available on Amazon.com or can be ordered from Bookmine and Copperfield’s bookstores in Napa, St. Helena and Calistoga.

WATCH NOW: NO NEED TO CANCEL THANKSGIVING, BUT PLAY IT SAFE

CHECK OUT: CATCH UP ON NAPA COUNTY'S TOP NEWS STORIES

Sasha Paulsen is the Register features editor. Contact her at spaulsen@napanews.com.

Napa County plummeted overnight into to the purple "tier" and many local business owners are scrambling.

Finding joy in Napa County in 2020

The year has been brutal, but it still has had bright spots.

"Torn Lilacs" is a compelling history

Letters: A testimony to the power of purpose to survive even under the most unimaginable conditions.

For more than 100 years, this Napa optometry business has been helping locals see better.

Letters: Thank you, Henry Michalski, for telling us your parents' story.

Not to be forgotten: A Napa author tells his parents' tales of World War II

Robert Niklewicz didn't want the stories of his parents' experiences during World War II to be lost, so he wrote two books.

Henry Michalski, a retired Napa high school history teacher, has published a gripping account of his parents' experiences during World War II in Poland and Russia.