COVID-19 and comics: How coronavirus is affecting the comic book industry
Share this
Return to homepage × 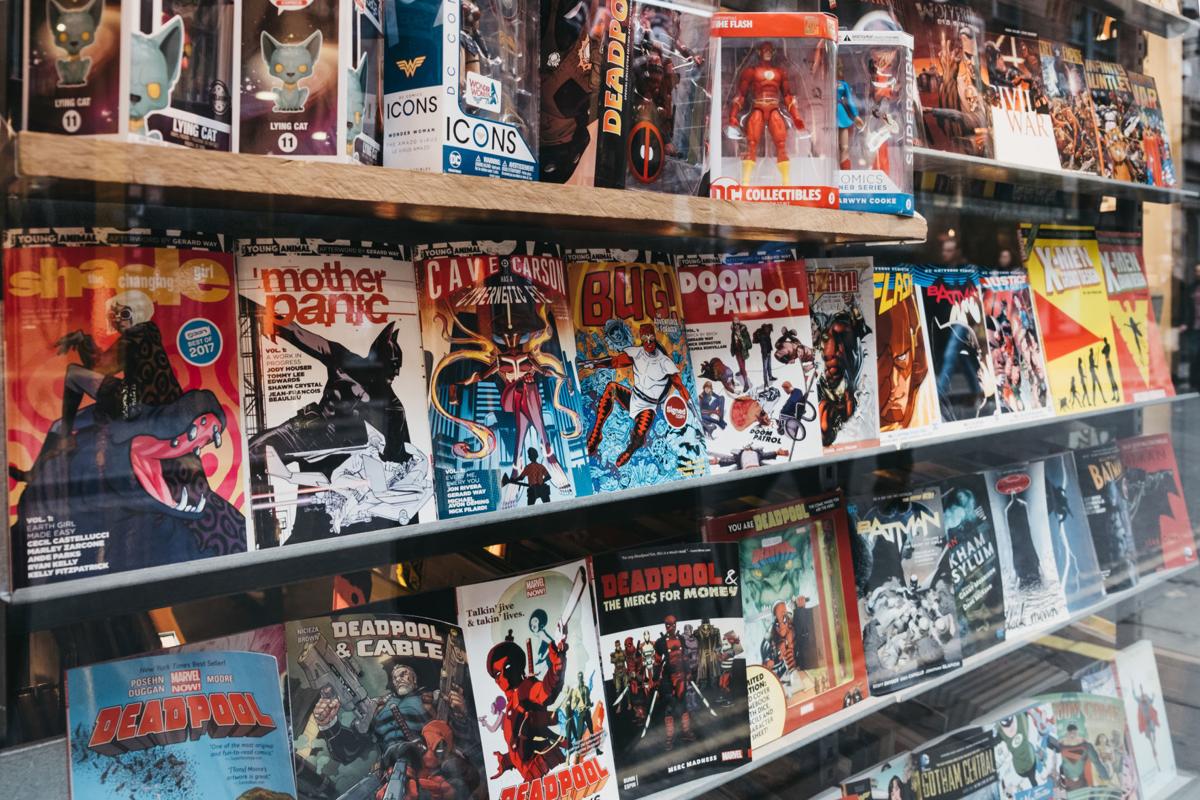 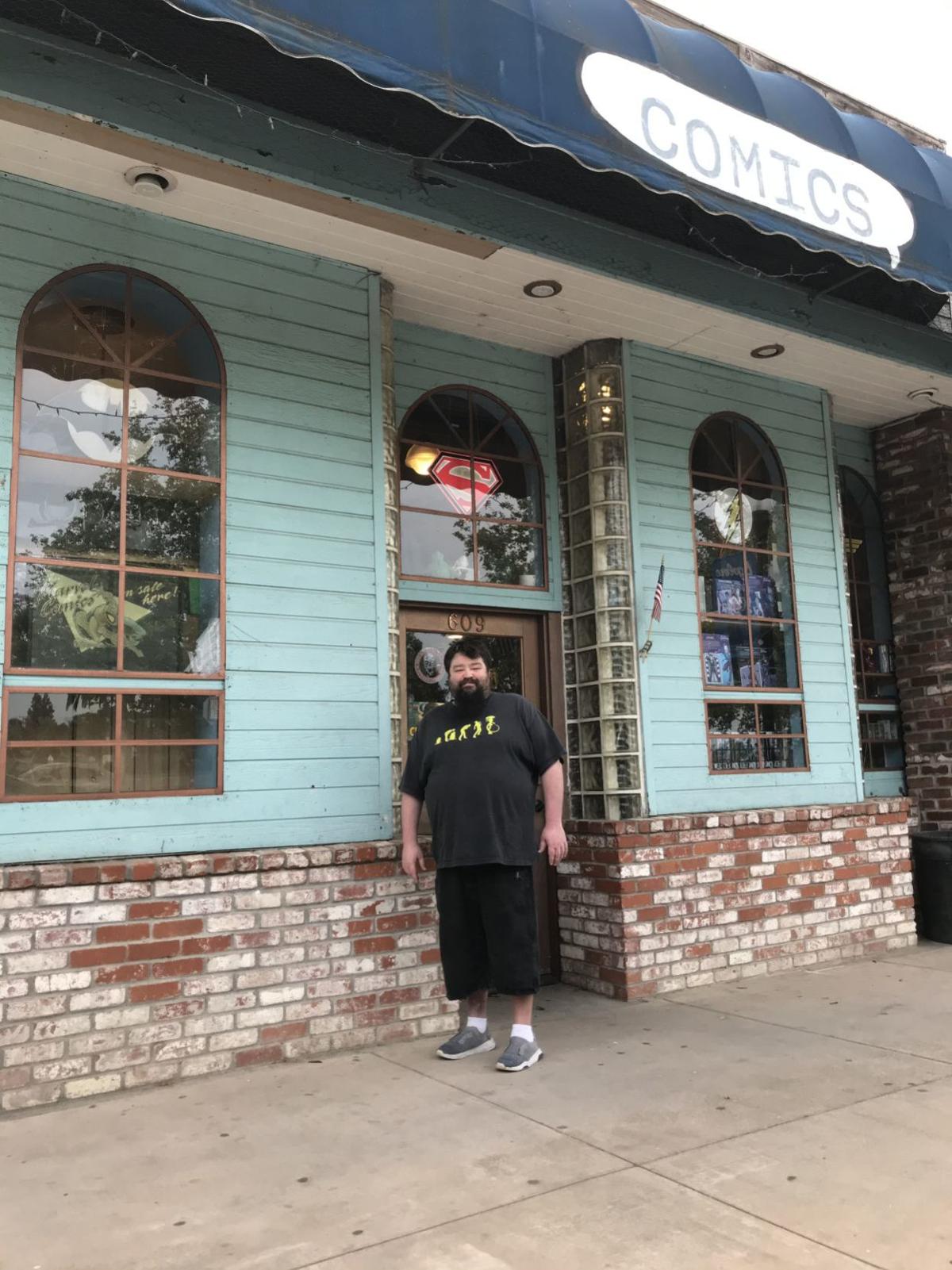 COVID-19 has left its mark on just about every industry related to arts and entertainment. One media genre that is often neglected, yet still affected, is the comic book industry. Across the nation, sales of weekly comic books have come to a sudden pause. Independently owned comic book stores are feeling the brunt of this impact.

On March 23, Diamond Comics Distributors announced a total and indefinite halt in distribution of all products. Diamond is the largest distributor of comic books nation-wide and distributes titles to comic book stores by nearly all major comic book publishers including Marvel, Dark Horse, Image, and, until just recently, DC Comics. March 25 was the last day most comic book retailers received any new comics to sell.

In an effort to save small comic shops, most comic book publishers agreed to pause all mail-order and digital sales until Diamond announced that they would be resuming distribution. Many comic books that were scheduled to be released on April 1 were pulled from digital stores before they went live. On April 17, Diamond announced they were looking to resume distribution by mid- to late May.

Also on April 17, DC Comics announced it would resume publishing a limited number of comic book titles starting on April 28. To accomplish this, they said they would be canceling all orders placed through Diamond and dealing directly with Midtown Comics and DCBS, the two largest mail-order comic book retailers in the industry.

Previously, those two companies shipped comic books only directly to consumers. Now, if brick-and-mortar comic book shops want to order new comics from DC, they would have to place those orders through either Midtown or DCBS.

While this may be convenient for consumers of digital comics and readers who order their comic books by mail, it deals a hard blow to small comic book stores. On April 20, the hashtag #waitfordiamond began trending on Twitter, mostly posted by independent comic book store owners. John Harter, owner of Waterfront Comics in Suisun City, says that the cost of buying comics from Midtown or DCBS would potentially outweigh any profit he would make from sales.

Before COVID-19, Harter said that more than 80 percent of his sales were from new comics shipped within the last two weeks. Out of those sales, DC Comics made up approximately 35 percent.

For those who are not comic book readers, DC Comics is one of the two top comic book publishing companies in the world, alongside Marvel. DC’s top selling titles include the likes of popular superheroes Batman, Superman, and Wonder Woman.

Harter has owned and managed Waterfront Comics, located at 609 Main Street in downtown Suisun City, since June of 2003. He generally runs the shop as its sole employee, save for his fiancée, Jaime O’Rourke, who steps in to help him out from time to time. Harter said he spends 50-60 hours a week at his shop.

The building that houses Waterfront Comics has been in Harter’s family since 1942. It was originally owned by a Japanese family who were forced to sell it after being assigned to an internment camp during World War II. The building was purchased by Harter’s grandparents who opened a bar and restaurant which remained open there until 1990.

“My grandmother had to purchase it because my grandfather was Italian, and Italians couldn’t purchase property at the time,” he said. “I basically grew up here. It’s special to me.”

Suisun City in Solano County is under a shelter-in-place order, and all non-essential businesses have been forced to close. As a bookstore, Waterfront Comics falls under that category, although Harter says he is doing curbside pick-up and local delivery for customers who wish to purchase any products the store already has in stock.

Harter says he has been unsuccessful in applying for Paycheck Protection Program loans through the Small Business Association. “What I’ve found out is, I’m not really a small business,” he said. “I’m a micro-business. A lot of what we would think of as chain restaurants ended up getting the bulk of those loans, whereas the small Main Street stores with just a couple employees couldn’t get much of anything.”

Harter says he is eager to reopen his store and see his customers again, but as of right now that hinges on Diamond resuming distribution to comic book retailers, as well as Solano County lifting its shelter-in-place order. While Diamond has not announced a specific return date, as of April 25 they did announce that they would once again be taking orders from DC Comics with hopes of resuming distribution in mid- to late May. Solano County’s shelter-in-place order is set to expire on May 17.

What Harter says he misses the most about being open is seeing his regular customers each week. “For a lot of my customers, it’s not just about getting comic books,” he said. “You can do that online or get them delivered. It’s about seeing a friendly face and getting to chat with someone each week who shares their interests.”

“Amazon is great, but they don’t ask you about your mom.”

One month in: How local musicians are coping with COVID-19

One month into the shelter-at-home orders, Napa musician Zak Fennie checks into to see how his colleagues are faring.

Napa School of Music offers lessons through Skype and Zoom

The Napa School of Music has moved to online classes to keep students playing music during the coronavirus pandemic.

The coronavirus conundrum: How Napa Valley musicians are faring during the COVID-19 pandemic

Napa musician Zak Fennie checks in on how local musicians are faring in the gigless economy of the coronavirus shutdown.

Napa musician Zak Fennie is only 26, but he is feeling the tug of nostalgia for his youth. This is the inspiration for his new EP (extended pl…

For those looking for a movie-going experience -- one that, yes, requires, actually leaving the house -- the drive-in is basically the only game in town right now.

After playing in Napa as part of Secure the Sun during high school, Ari Eisenberg'  formed a new band, Honeyboys, at college.

How to navigate trick-or-treating in your county this year

How to navigate trick-or-treating in your county this year