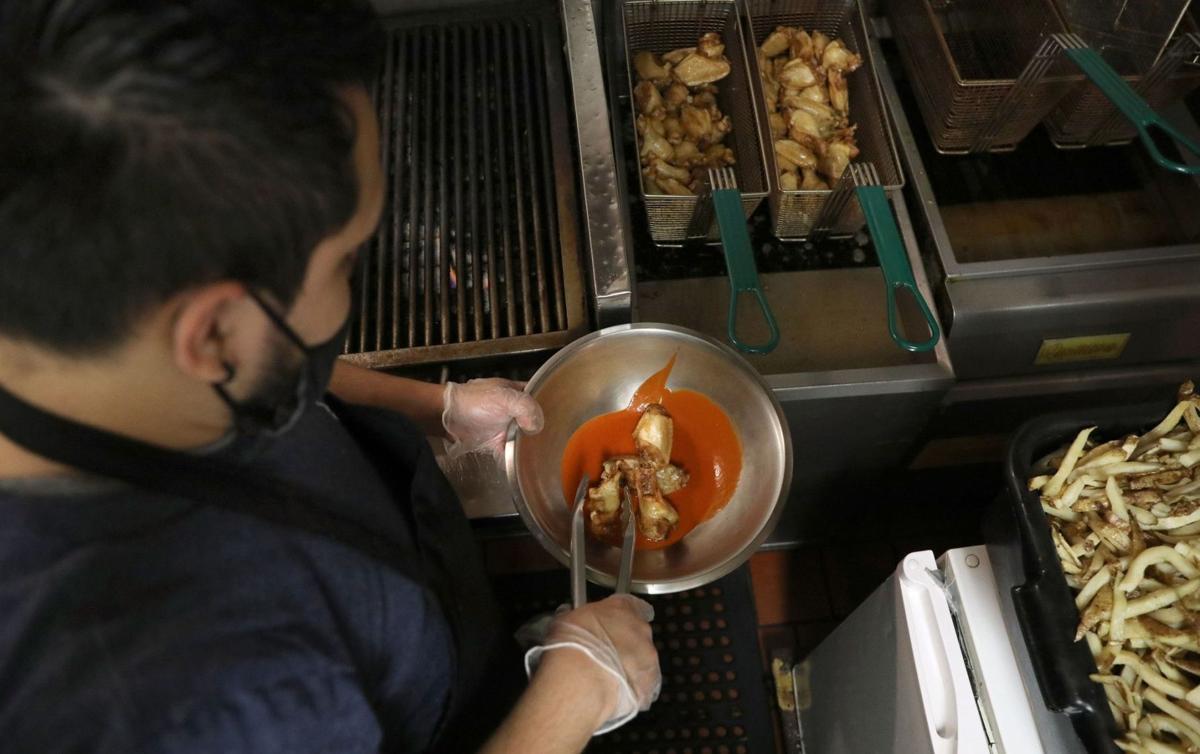 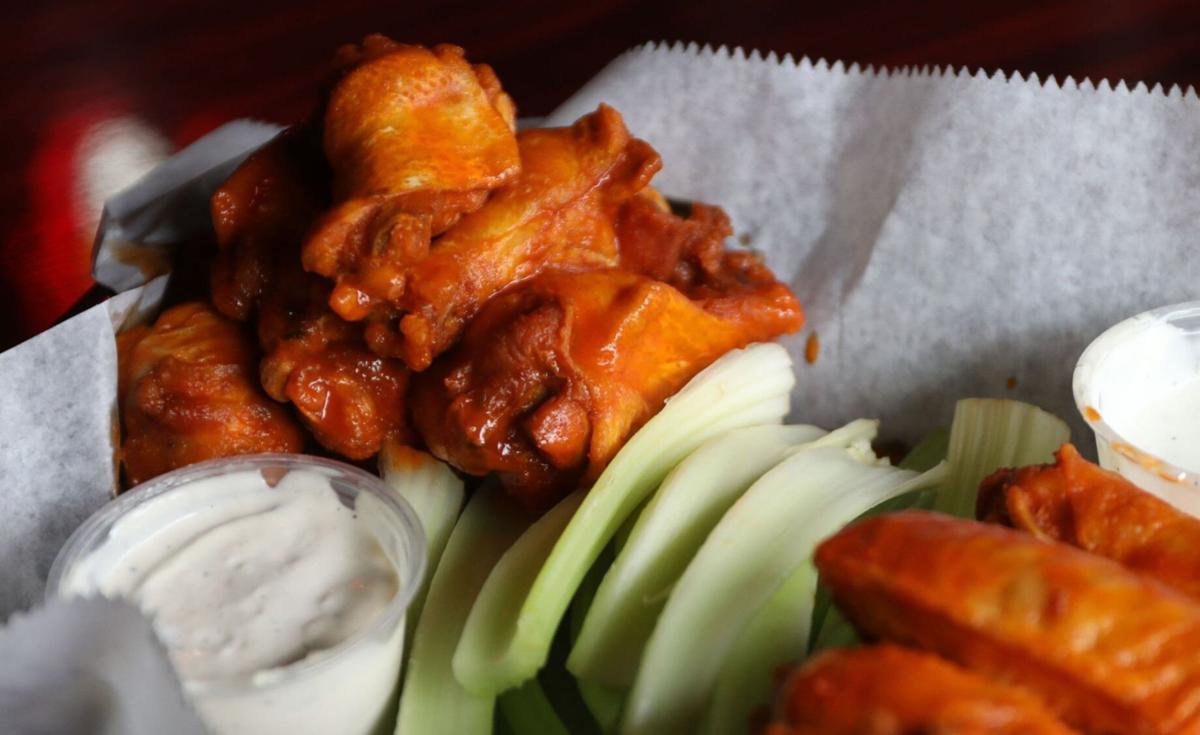 First came shortages of toilet paper and flour. Now, chicken wings are in short supply, forcing some restaurants to call off wing night specials and consider raising prices on the budget-friendly staple.

Bronzeville Wingz owner Nichole Jackson said she now pays about $130 for a case of chicken wings, twice the $65 she was paying before the pandemic. Her supplier also limited the number of cases of chicken that restaurants can buy each day, forcing her to make smaller, more frequent orders.

When she raised menu prices on all items by about 10% and stopped offering specials, customers noticed. Jackson posted a sign explaining that price increases were due to higher chicken prices and most customers have understood, but it’s still affecting revenues.

“You can’t double prices, especially during a pandemic, when people are already struggling financially,” she said.

Wing prices typically increase in the run-up to the Super Bowl before returning to more normal levels, Chicago-area restaurant owners said. But this year, prices kept on rising thanks to growing demand and supply that’s been slightly below 2019 levels, said Isaac Olvera, lead food and agricultural economist at ArrowStream, a food service supply chain technology company.

During the pandemic, consumers have been looking for takeout-friendly comfort food. Wings fit the bill. “People fell in love with the deliverable wing,” Olvera said.

New restaurants also entered the market. The parent companies of Chili’s and Applebee’s both launched takeout-only chicken chains since the start of the pandemic: It’s Just Wings and Cosmic Wings, respectively. The wings are prepared in the companies’ other restaurant kitchens.

Even as demand rose, chicken production reduction remained roughly 1% to 3% below normal levels through 2020, Olvera said.

Rosemont, Illinois-based food service distributor U.S. Foods said meat processors were having a tough time keeping up with the extra demand due to several challenges, including labor.

Also, severe winter storms that struck Texas in February, leaving chicken producers in the area struggling to operate during power outages and extreme weather that also killed some of their chickens, Olvera said.

The storms hit right after the Super Bowl, the biggest event of the year for wings, said Tom Super, spokesman for the National Chicken Council.

“With that high of a demand, even small gaps in the supply of wings can cause big fluctuations in price,” Super said in an email.

As of this week, whole chicken wings in the Midwest generally cost between $2.72 and $2.90 per pound, up from between $1 and $1.19 per pound a year ago, according to data from the U.S. Department of Agriculture.

Boneless skinless chicken breast prices have also more than doubled over the past year, and rose from less than a dollar a pound in mid-January to $1.70 to $1.75. Olvera attributed the recent increase to restaurants reopening and fast food chains’ chicken sandwich wars.

But other chicken part prices haven’t seen similar growth: thigh prices, for instance, have been relatively flat over the past year, according to the USDA data.

When a handful of Buffalo Wild Wings customers complained on Twitter that they’d been told the chain ran out of bone-in wings, the brand apologized.

“It’s been a busy few weeks, and many of our sports bars have a limited supply. We’re working to get more in stock and encourage you to try some of our other items like boneless wings, hand-breaded chicken sandwiches or burgers,” Buffalo Wild Wings tweeted.

The chain did not respond to a request for comment.

Chicago-area wing restaurants said they had never had to tell a customer they were out of wings, but Toons Bar & Grill owner Danny Beck cut it uncomfortably close.

Unable to get any chicken wings April 26, Beck ordered about 250 pounds for the following day. The restaurant sold the last wing in its kitchen about an hour before that order was set to arrive, said Beck, who also owns Beck’s Chicago and Pearl’s Southern Comfort.

Beck hasn’t raised menu prices, though specials, including half-price wings that used to be offered two days a week, are on hiatus while the restaurants are under coronavirus capacity restrictions.

“We’re holding out that prices are going to level off and come back down,” he said. “We just want to keep customers loyal.”

Jason Rauch, general manager at Timothy O’Toole’s Pub in the Gold Coast, said the restaurant is still running its Wednesday wings special and is trying to keep prices “as low as we can, as long as we can.”

He estimates he’s paying about $130 per case for wings, up from the $95 he normally paid.

Dallas-based Wingstop, which has about 1,400 U.S. restaurants, said during a Wednesday call with analysts that it’s paying about 25.8% more than it used to for wings.

Wingstop has an agreement with suppliers that allows it to pay below current market prices, the company said. Executives attributed the tight supply to chicken processors’ struggles to hire workers and said prices could remain high through the end of the year.

Olvera said there are signs the industry is ramping up production, but it could take eight to 12 weeks before supply recovers, he said.

Neil Jolcover, owner of Gators Wing Shack in Palatine, Illinois, is hoping that happens fast. Though he has kept prices for wings — the restaurant’s most popular and least profitable item — steady so far, raising them has started to feel inevitable, he said.

“People think of wings as a cheap item, and they’re not anymore,” he said.

Gatehouse Restaurant at the Culinary Institute of America (CIA) at Greystone in St. Helena will be open for dine-in service beginning Wednesda…

Ken Morris shares a variety of ideas for Mother's Day.

Napa Farmers Market: May at the Market

The aisles at the Napa Farmers Market will fill up in May as farmers return to kick off their summer season.