One strange result of the coronavirus outbreak? Virtual cast reunions from movies and TV shows are now a regular occurrence. Here’s a list of recent reunions, TV reboots and revivals, plus a few still to come.

“That Thing You Do!”

“The Office” (cast appearance on “Some Good News”)

“The Fresh Prince of Bel-Air” (Will From Home on Snapchat)

“Frasier” (Stars in the House fundraiser)

This week on our film podcast 'Just to be Nominated,' we're talking about the best movie year(s) of the past twenty years!

Recent and upcoming reboots and revivals

“A League of Their Own” (Amazon): The hit 1992 movie starring Geena Davis, Tom Hanks and Madonna has been ordered to series by Amazon with a whole new cast.

“All That” (Nickelodeon): The Nickelodeon series that put Kenan Thompson and Kel Mitchell into the spotlight got a makeover and an update, with shorter sketches to suit shorter attention spans.

“Animaniacs” (Hulu): This reboot of the ’90s cartoon with the catchy theme song is produced by Steven Spielberg and is expected to premiere this fall.

“Charmed” (The CW): The Halliwell sisters of the original series (1998-2006) have been replaced by a new Power of Three sister grouping, and the location of the show has moved from San Francisco to a small town in Michigan.

“The Fresh Prince of Bel-Air” (no network confirmed): The original sitcom ran from 1990-96 and launched Will Smith’s career. The reboot was the brainchild of one Morgan Cooper, a fan of the original series who created a trailer that reimagined the comedy as a drama. Cooper’s clip caught Smith’s attention, and the star hopped on board as a producer. It’s now being shopped around to different streaming platforms and networks.

“Friends” reunion special (HBO Max): Do you miss Rachel, Ross, Joey, Monica, Chandler and Phoebe? An unscripted reunion is coming to HBO — eventually. It’s been delayed due to the pandemic. But yes, all six co-stars have signed on.

“Gossip Girl” (HBO Max): In a perfect world, this reboot of “Gossip Girl” was scheduled to debut this fall. The premise? A new generation of New York private-school teens is introduced to the social surveillance of Gossip Girl in the social media era. Production has — you guessed it — been derailed by the coronavirus pandemic, so, be patient!

“The L Word: Generation Q” (Showtime): Jennifer Beals, Katherine Moennig and Leisha Hailey return as Bette, Shane and Alice, characters from the original that ran in the early 2000s. But they’ve also introduced a set of new characters to update the cast for a younger generation.

“Mad About You” (Spectrum): Helen Hunt and Paul Reiser returned to their roles as Jamie and Paul Buchman in this 2019 reboot of the ‘90s married-couple-in-NYC sitcom.

“Punky Brewster” (Peacock): A revival of the ’90s series finds grown-up Punky (Soleil Moon Frye) managing single motherhood (her ex-husband is played by Freddie Prinze Jr., the Lord Byron of teen romantic comedies of the early 2000s) and meeting a girl in foster care much like a young Punky.

“Roswell, New Mexico” (The CW): Based on the “Roswell High” book series by Melinda Metz, the original “Roswell” vaulted Shiri Appleby and Katherine Heigl to stardom and ran from 1999-2002. The reboot was ordered to series in 2018 and revolves around the same three orphaned aliens — Max, Isobel and Michael. But there’s a new twist that weaves contemporary issues of immigration into the plot.

“Saved By the Bell” (Peacock): Get excited … and scared! Though returning to high school is a nightmare for some, a revival of “Saved By the Bell” is coming, with the original cast playing adult versions of their Bayside counterparts.

“The Twilight Zone” (CBS All Access): Jordan Peele makes perfect horror movies. This is his take on the classic creep-of-the-week series, one that feels particularly resonant now that we’re all Burgess Meredith.

“Unsolved Mysteries” (Netflix): For the conspiracy theorists and true-crime fans among us, the original “Unsolved Mysteries” was a dated, guilty treat. Netflix’s new version picks up where the original left off (in 2010; not a bad run for a late-’80s debut), with episodes on mysterious disappearances, alleged UFO encounters and Maryland’s historic Belvedere Hotel.

“The Lord of the Rings” (Amazon): Framed as Amazon’s answer to “Game of Thrones,” the new seasons, expected in 2021, will explore the history of Middle-earth long before Frodo came along. A young Galadriel, the elf queen originally played by Cate Blanchett in Peter Jackson’s original trilogy, will make an appearance.

“The West Wing” (HBO Max): In October, the cast of the beloved political drama “The West Wing” will perform a staged reading of the Season 3 episode “Hartsfield’s Landing” at the Orpheum Theatre in Los Angeles. The result will be available on HBO. The special is a benefit for voting-rights advocacy group When We All Vote — on-brand for the Bartlet administration.

25 shows to check out on TV and streaming in August

Visit The Seattle Times at www.seattletimes.com

Here's a look at what's arriving on TV, streaming services and music platforms this week.

Movies in a Minute: 'The Empire Strikes Back' & 'Kajillionaire'

Movies in a Minute: 'I Am Woman' & 'The Broken Hearts Gallery'

Movies in a Minute: 'I Am Woman' & 'The Broken Hearts Gallery'

Movies in a Minute: 'Mulan'

Movies in a Minute: 'Mulan' 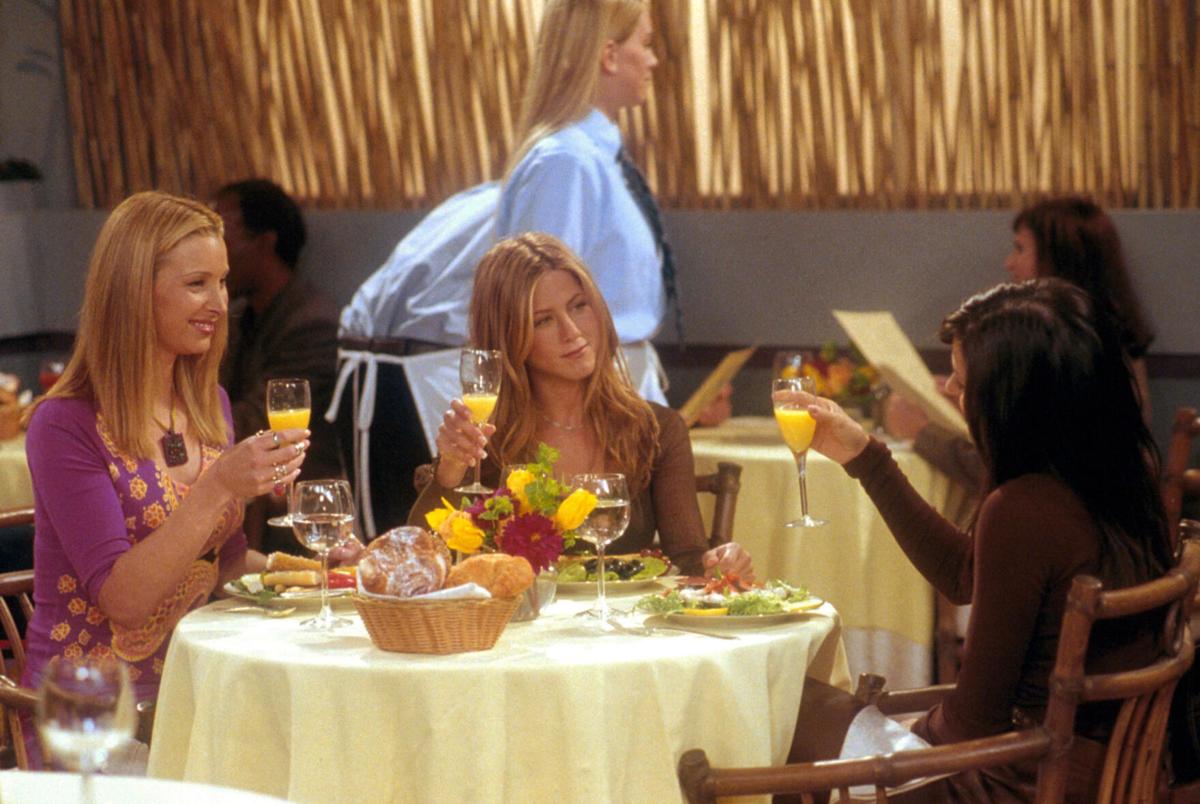 Lisa Kudrow (as Phoebe), Jennifer Aniston (as Rachel) and Courteney Cox (as Monica) act in a scene from "Friends" (Season 7, "The One With The Nap Partners"). (NBC/Newsmakers/TNS) 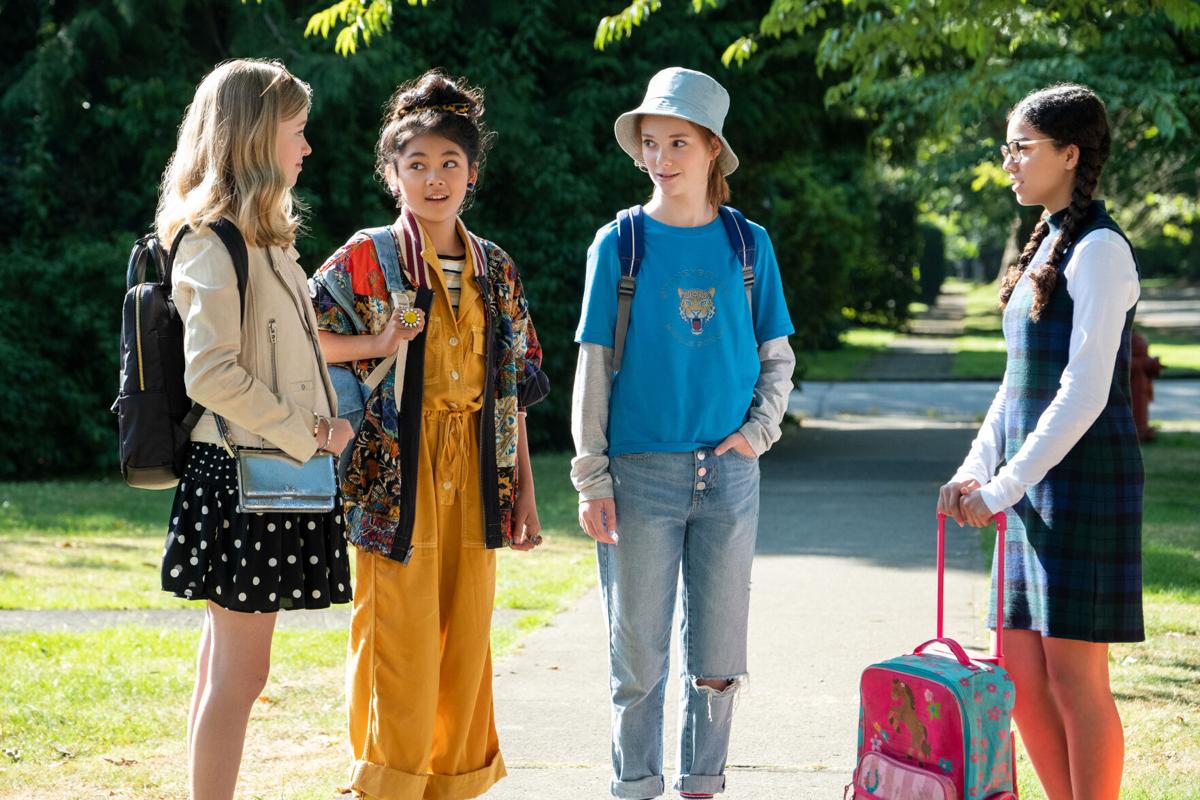 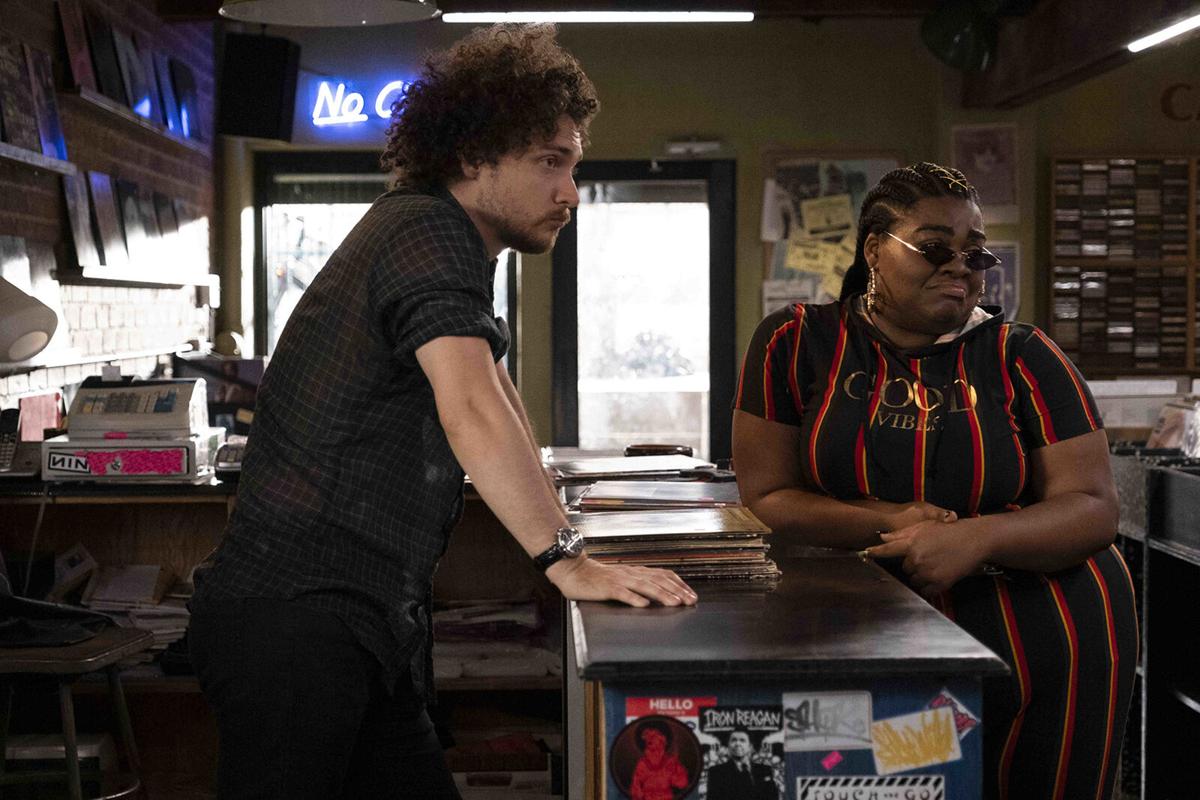