— "Army of Thieves," coming to Netflix on Friday, is set in a world where there are zombies but it's (asterisk)not(asterisk) a zombie movie. This prequel to Zack Snyder's "Army of the Dead" invites viewers to join a new Europe-trotting heist. The safecracker Dieter (played by Matthias Schweighöfer, who also directed) is just a small-time bank teller who is recruited by "Game of Thrones" alum Nathalie Emmanuel to pull off a series of robberies across the continent.

— If you missed Lin-Manuel Miranda's joyous musical "In the Heights" in theaters earlier this summer (most people did) or during its limited time on HBO Max, worry not because the Jon M. Chu-directed adaptation is coming back to the streaming service on Thursday. AP's Jocelyn Noveck wrote in her review at the time that, "What shines are the inventive and joyous musical numbers — like '96,000,' in that swimming pool, in which everyone imagines how they'd spend lottery winnings. Or 'Carnaval del Barrio,' in which Daniela urges friends to celebrate amid a blackout." And star Anthony Ramos, Noveck wrote, "eases into leading-man duties with warmth, humor and charm."

— A new documentary tells the story of Pulitzer Prize-winning photographer Nick Ut, the man who captured the horrors of the Vietnam War with a single black-and-white photo of a 9-year-old girl in 1972. Ut was only 21 at the time he took the "Napalm Girl" photo and after the fall of Saigon was transferred to the Los Angeles bureau of The Associated Press, where he would take many thousands of photographs — covering everything from the riots to celebrity trials — before his retirement in 2017 (after 51 years). Ut gets the chance to tell his own story in "From Hell to Hollywood," available on VOD starting Oct. 26.

— Ed Sheeran always equals something interesting. The fourth full-length album from the singer-songwriter — titled "=" (and pronounced Equals) — is due Friday and he has a lot to cover, including his marriage, fatherhood and loss. "I see it as my coming-of-age record," he said in a statement. The 14-track album includes the hits "Bad Habits" and "Shivers." In a kind gesture, Sheeran recently took to Instagram to ask his fans to buy or stream Elton John's new album and help the Rocket Man displace him atop the charts. "Who doesn't wanna be knocked off by Elton?" he asked.

— The War on Drugs are back this Friday after four years with the 10-track "I Don't Live Here Anymore." The title song is a shimmering, '80s-influenced grand affair: "Is life just dying in slow motion/Or getting stronger every day?" sings the band's frontman and guitarist, Adam Granduciel. But there's versatility, too: The first single, "Living Proof," finds the band vulnerable and restrained. The album is described as "an uncommon rock album about one of our most common but daunting processes — resilience in the face of despair."

— The weather's getting colder and the holidays are right around the corner. That can mean only one thing: Pentatonix with a new Christmas album. It's only sort of true this time. "Evergreen," the Grammy-winning a cappella group's sixth holiday album, out Friday, is timed for winter but the two songs revealed so far aren't especially Christmas-y: Jule Styne's "It's Been a Long, Long Time" and Stevie Wonder's "I Just Called To Say I Love You." Perhaps they've run out of traditional songs, but they're sure to add their vocal magic to anything Christmas-adjacent.

— It's a wild ride for the young alien outcasts who swipe a starship in the Paramount+ animated series "Star Trek: Prodigy," debuting Thursday with a hour-long episode on the streaming service. The novice adventurers are off to a rocky start with the vessel they've commandeered and their impromptu journey, but an introduction to Starfleet and its ideals is in their future. There's adult supervision in the form of a holographic Kathryn Janeway (voiced by — who else? — Kate Mulgrew), who tells the ragtag bunch: "I've seen my share of wayward crews and I can tell you this: You've got potential." The cast includes Brett Gray, Ella Purnell and Rylee Alazraqui.

— Colin Kaepernick and TV and moviemaker Ava DuVernay are the co-creators of Netflix's "Colin in Black and White," a six-episode, half-hour series inspired by the Black activist and former NFL quarterback's teen years. Jaden Michael plays Kaepernick, adopted by white parents in a white community. Mary-Louise Parker and Nick Offerman co-star, with Kaepernick serving as the present-day narrator. In a statement, he said he hopes to inspire youth facing racism and other burdens to overcome them and see that they too could say, "'I've worked through them, and I was able to be successful and come out the other end, keeping my dignity and my identity intact.'" The series debuts Friday.

— How about classic chills with a modern vibe for Halloween? BYUtv is offering a contemporary version of "The Canterville Ghost," Oscar Wilde's short, comedy-laced tale. The four-part series stars Anthony Head ("Buffy the Vampire Slayer," "Ted Lasso") as Sir Simon de Canterville — or, more accurately, as Sir Simon's ghost, who's long rattled around his former English country estate. But there's an annoying new intruder: a U.S. tech billionaire who's bought the place. James Lance ("Ted Lasso") plays the tech baron, with Caroline Catz ("Doc Martin") as his wife. The series debuts 9 p.m. EDT Sunday on the channel and on BYUtv's free streaming service.

100 best horror movies of all time

100 best horror movies of all time

The Ethical Life podcast: What are the ethical pitfalls of Halloween, Thanksgiving and Christmas?

BottleRock Napa Valley will release a limited number of tickets for sale to Napa residents beginning at 10 a.m. on Monday, Dec. 6.

'American Idol' runner up ScaryPoolParty to perform at Uptown Theatre

UPDATE: EVENT HAS BEEN CANCELLED. Los Angeles-based singer-songwriter Alajendro Aranda, better known by his stage name ScaryPoolParty, will be making his Napa debut at the Uptown Theatre on Saturday, Dec. 11.

Paul Franson, A Taste of the Valley: New in Napa Valley

A summary of restaurants that have opened -- or reopened -- in Napa Valley.

You can rent ‘Home Alone’ house on Airbnb, complete with booby traps and holiday decorations

This holiday season, you can recreate your favorite “Home Alone” scenes by booking the Illinois house featured in the film for one night only on Airbnb.

Shatner in space. "Jeopardy!" host drama. The Rittenhouse verdict. Here are the top 10 most notable moments that played out on TV in 2021.

Opportunities to shop and support local artists abound in the upcoming weekend in Napa Valley.

The Sound of Music in the Valley: Napa High's Holiday Concert returns

A round-up of holiday music in Napa Valley.

Where are all of the consoles? How gamers are handling the global shortage

Supply shortages and logistical issues have impacted many industries, but the gaming industry has been hit notably hard as it competes with these other sectors for similar parts.

Aaay! Who wants the Fonz's leather jacket? "Happy Days" star Henry Winkler is auctioning off a treasure trove of costumes, props and other memorabilia from his acting career.

Florence Pugh takes to Instagram to explain why she recently fainted

Florence Pugh takes to Instagram to explain why she recently fainted 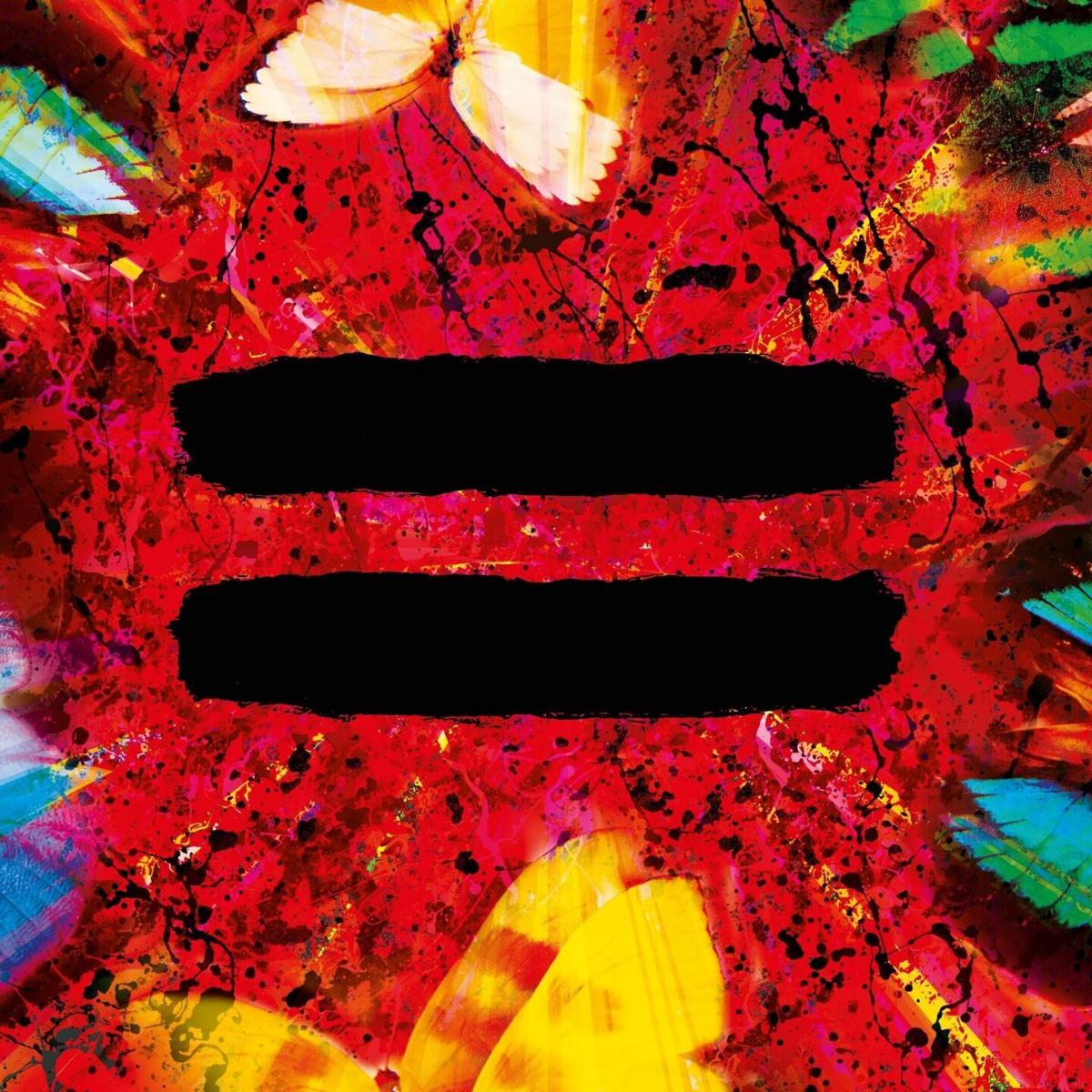