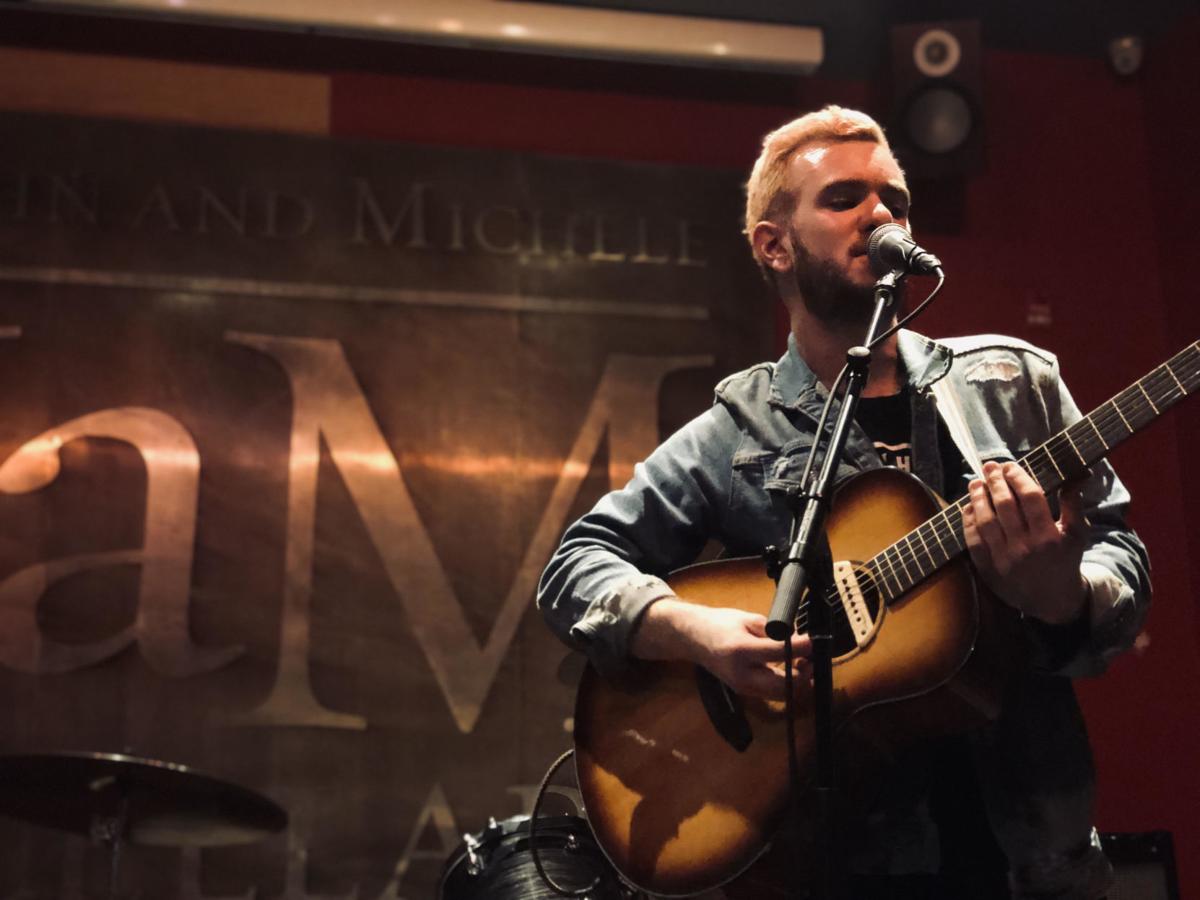 Zak Fennie performing at Blue Note Napa, which is closed during the shelter at home orders. 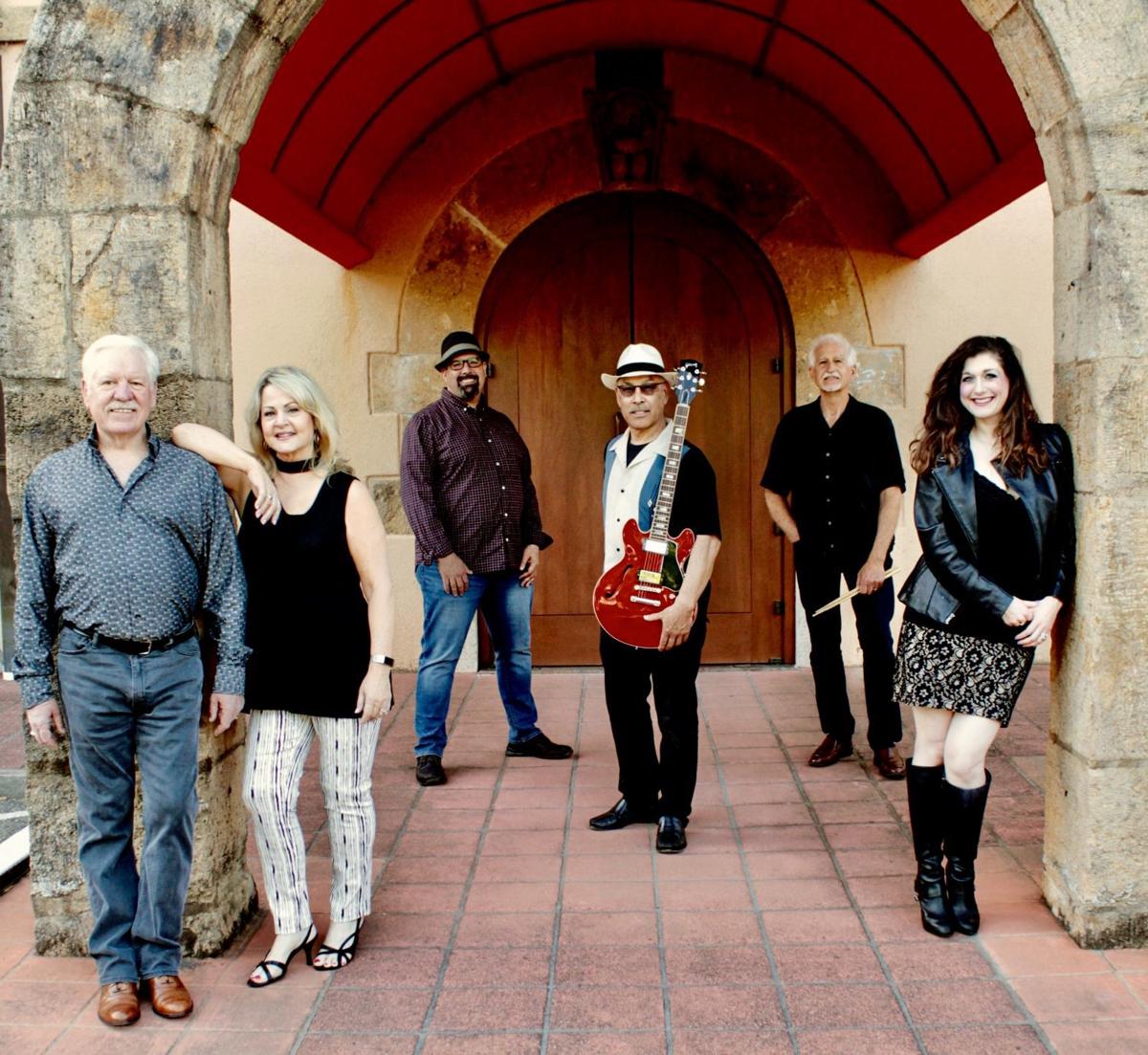 Midnight Crush reports that as most of their upcoming shows are booked for the summer, they've not yet been hit hard by the pandemic "but we'll see what happens," said guitarist Andy Waechter.

It’s no secret that the COVID-19 pandemic and resulting mass quarantine orders issued by many state officials have had a devastating impact on the national and local music economies. Major events like Austin’s annual SXSW festival have been canceled outright and others such as Coachella and BottleRock have been postponed by several months.

Concerts have stopped virtually everywhere. Bars and restaurants have closed their doors. Thousands of artists have been forced to stop their tours and even more behind-the-scenes workers like stagehands and sound engineers are suddenly out of work for the foreseeable future. The worst part is not knowing when or if things will ever be back to “normal.”

For many musicians like myself who make their living performing at live events, these are scary and uncertain times. While much of our jobs demand we work from home by rehearsing, writing, recording, handling emails, etc., nearly all of those hours are unpaid. The real payout comes from events, which (hopefully) made up for all those “office hours” we’ve been putting in.

Now, nearly every event on our calendars over the next two months have been canceled or indefinitely postponed, as per the social distancing guidelines established by the Centers for Disease Control and Prevention. Many speculate that the current pandemic could last into the summer. Because most of us operate as independent contractors, we are generally ineligible to receive unemployment benefits for canceled gigs. This has put us in quite a quandary.

As a result of the current pandemic, many musicians have turned to streaming platforms such as Twitch and Facebook Live to put on virtual concerts. Music teachers have set up virtual lessons through Skype and Zoom. Others have set up online “song shops” where clients can commission artists to write and record personalized original songs.

While situations are changing daily, one of the best things we as musicians can do right now (other than staying at home) is something we are often forced to do in our daily lives: improvise. Think outside the box. Be as adaptable and resourceful as one possibly can be, and keep our eyes and ears open for new opportunities to create, share our music, and make money.

Curious to see how other local musicians were being affected by the pandemic, I reached out to several Napa musicians to get their thoughts and see how they were adapting to this new gigless lifestyle.

Mikey Rhinehart, of the alternative rock band Weekend Youth, says that distribution for the band’s new EP, “Vacation” was delayed as a result of the COVID-19 pandemic. The EP was set to release on Friday, March 13, on all major streaming platforms including Spotify and Apple Music. Weekend Youth combated this by uploading the record to BandCamp, where fans could stream the songs for free and pay what they could afford to download the tracks. The EP was eventually uploaded to Spotify, Apple, and Amazon Music later on in the week.

Weekend Youth’s release was set to coincide with a concert they had booked at the JaM Cellars Ballroom on March 13, which has now been postponed until June 5. Serf Barto, the band’s singer, says that the postponement was sad but necessary. “Things are moving so fast. I fear things will get worse before they get better, but all we can do is hold out hope that this blows over quickly.”

Shelby Ann, an alternative country singer-songwriter, says that many of her shows have been canceled. “It’s really affecting my ability to make money and play shows,” she says. Shelby released her new single “Youthful Years” at the beginning of March, although she said her release, along with most releases, have been overshadowed by news of the novel coronavirus. Shelby has been performing live-stream concerts on Facebook and Instagram and accepting virtual tips, as well as encouraging her followers to support her on Patreon.

Clark Harding, a multi-instrumentalist and events musician, says that all of his gigs are on hold until after the shelter-in-place order has been lifted. “I’m hoping things go back to business as usual soon. It’s hard because we have good weather right now and it’s prime time for tourists. As soon as this ban gets lifted, I think it’s going to be gangbusters.”

Andy Waechter, guitarist of Midnight Crush, says that his band has not been too affected yet by the novel coronavirus, although the future remains uncertain. “Most of our upcoming gigs are in the summer. So far, we haven’t been too slowed down by any cancellations, but we’ll see what happens.”

Ralf Lindner, owner of Napa School of Music, says that all classes have moved online and that the school is now operating entirely as a virtual company. Instructors have been giving their students virtual lessons through Skype, which has allowed some more flexibility in terms of reaching new prospective students but also has its drawbacks.

Tristan Foote, a multi-instrumentalist and music teacher at Napa School of Music, says some of the limitations of virtual lessons come from not being able to physically help students with the positioning of their instruments. “It’s not always effective to talk to students through a computer screen. I always tell them to check other sources and look in the mirror.”

Lindner also says that many of the school’s teachers are also gigging musicians and have been affected by COVID-19. “They are in a position where they used to have two sources of income, and now they only have one.”

He adds a sentiment nearly everyone has shared: “We hope this all goes over fast.”

Midnight Crush represents an older generation of musicians in Napa, with four out of their six members already retired.

Napa musician Zak Fennie is only 26, but he is feeling the tug of nostalgia for his youth. This is the inspiration for his new EP (extended pl…

A compassionate man and human being

Thank you, thank you to the St. Helena Star’s great reporter Jesse Duarte.

The Odd Fellows have volunteered to distribute food at the St. Helena Community Food Pantry.

St. Helenans socialize at a distance under shelter-at-home order

St. Helenans are finding creative ways to stay active and social while sheltering at home.

Zak Fennie performing at Blue Note Napa, which is closed during the shelter at home orders.

Midnight Crush reports that as most of their upcoming shows are booked for the summer, they've not yet been hit hard by the pandemic "but we'll see what happens," said guitarist Andy Waechter.