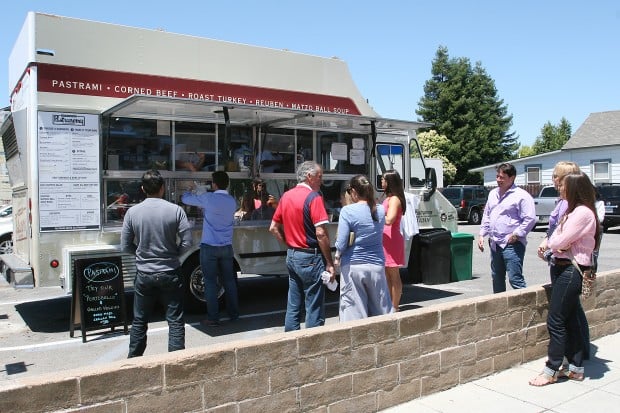 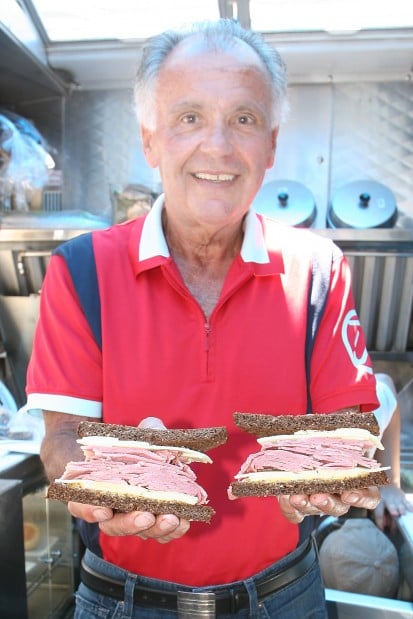 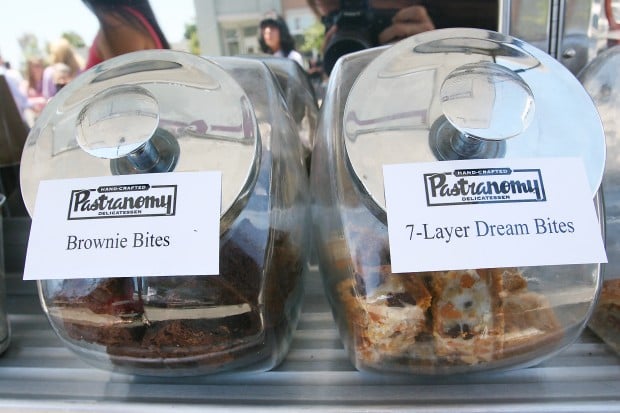 At long last, Napa has a New York–style deli: Pastranomy.

Located in the parking lot on the corner of Clinton and Main streets, this relative newcomer to the food truck scene serves up hearty, New York–inspired epicurean delights from 11:30 a.m. to 3:30 p.m., Tuesdays through Saturdays.

Did I mention the “Big Fresser” (Yiddish for “glutton”)? It’s a stacked-high pastrami and corned beef combo.

For the non-beef sandwich seeker, choices also include herb-roasted turkey breast, albacore tuna salad, and a vegetarian option with Portobello mushroom and vegetables. There are, of course, sides of coleslaw and potato salad (and that infamous half-done pickle), plus a sampling of desserts to choose from.

The heart behind Pastranomy is a triumvirate of purveyors of food, wine and hospitality: Dennis Berkowitz, Michael Dellar and John Schwartz, who together combine decades of restaurant service.

“I wanted to start a business based on what I love to eat,” Schwartz said, “and the Napa Valley has been without a real deli. I believe in downtown Napa and want to create a daytime vibe.”

Historically, delis began appearing as takeout stands in 1880s America as a result of the immigration of Eastern European Jews, Germans, Irish and Polish to New York’s Lower East Side. In the 1920s and ’30s, delis transformed into sit-down restaurants and became neighborhood gathering places where the native language, heritage and home-cooked recipes could be shared.

Today, however, away from large metropolitan cities such as New York, Los Angeles, Chicago or Miami, finding that familiar, scrumptious, piled-high, just-steamed corned beef sandwich can be as challenging as trying to find freshly smoked whitefish at Walmart on a Sunday morning.

As a very picky “deli-vore” — spoiled, in various lifetimes, by delis such as New York Bakery (Kansas City), Protzel’s (St. Louis), Zingerman’s (Ann Arbor) and Carnegie (New York) — I was allowed to spend a few hours in the Pastranomy galley surrounded by the smells and tastes of this new culinary venture.

The food, I learned, is prepared fresh daily in the Pastranomy kitchen located in Marin County, where the truck drives from in the morning and parks at day’s end. Chef and general manager Allen Miller, a graduate of Le Cordon Bleu Sacramento hospitality school and former grill cook on a San Francisco food truck, knows his way around this custom-built “work horse,” deftly managing employees on the “hot” counter (steaming the meats) and “cold” counter (made-to-order sandwiches and sides).

Their work space is reminiscent of an airline galley — a place for everything and everything in its place. And as in flight, when they’re all moving at once, the truck sways as well.

As much fun as it was to eat the fried latke “tots” with applesauce and sour cream, or the jam- and chocolate-filled rugelach (croissant-like pastries), it was even more pleasurable to talk delis with patrons Ed Estin and his wife Eve Kahn while waiting for their orders — Pastranomy’s goal is a time of five to

10 minutes from order to service.

We compared our favorite places to get bagels, challah, rye and other Jewish delicacies that are hard to find — cooked just right — in the Napa Valley. Until now.

“If all goes well, we intend to consider a brick-and-mortar restaurant in downtown Napa,” Dellar said. “We’re busy now, and had a great response from people coming from all over for what they’ve lacked.

“We want to grow our catering business throughout the Napa Valley,” called “Pastranomy on the Roll,” Dellar added, “which accounts for the shorter truck hours. We have also launched a nationwide mail-order business for our pastrami and rye bread.”

When asked about his favorite Pastranomy sandwich, Dellar gave it a name on the spot: “The 18,” comprising pastrami, Swiss cheese, Russian dressing and coleslaw on double-baked rye.

“I’ve been eating deli for 60 years,” Dellar said. “I’m from Los Angeles and remember Nate ‘n’ Al’s as a gathering spot. We want that to happen here, too.”