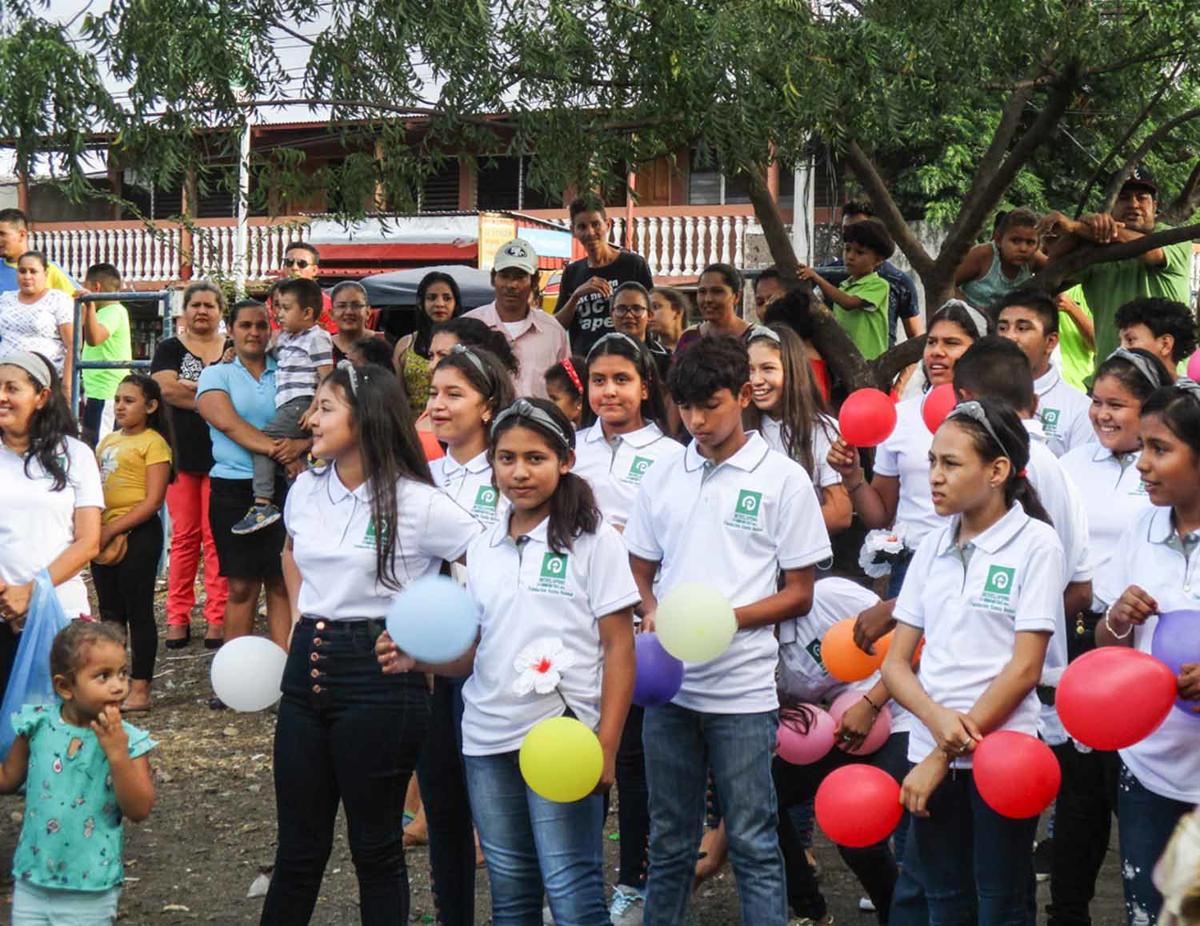 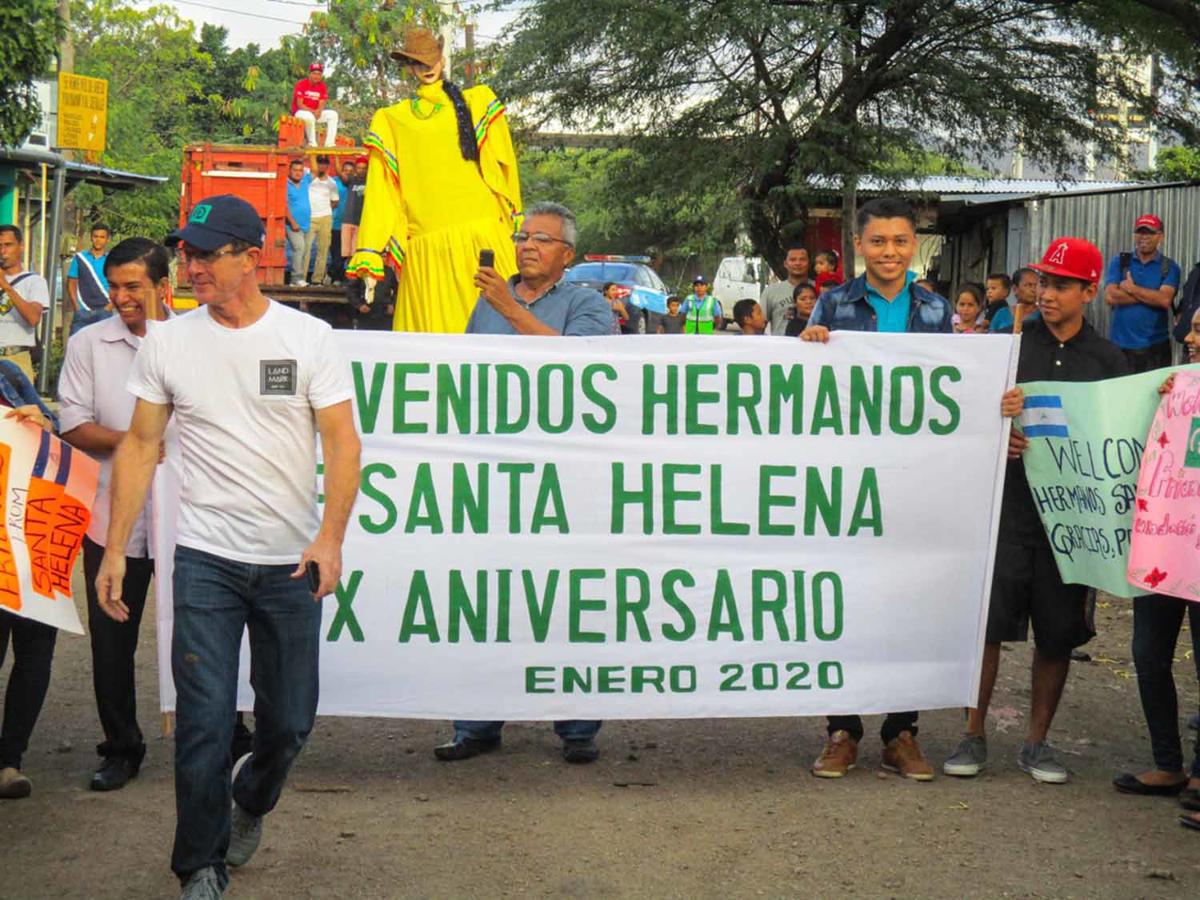 Jake Scheideman of St. Helena has been involved in improving lives in Nicaragua for two decades. In January, he organized a special trip to celebrate the accomplishments of his foundation, Developing Communities, Inc., and all of its donors.

Scheideman, who owns and runs the St. Helena Cyclery and Napa Valley Velo, began taking groups of Americans to Empalme de Boaco in the year 2000. During the next 20 years, more than 200 volunteers have worked on a variety of projects, including the building of 65 cinder block houses, creating a baseball stadium, providing uniforms and equipment, and working with the Nicaraguan government to build a needed secondary school.

Scheideman recognized that the poverty level of many people in this small town in the countryside near Boaco prevented them from getting an education. Families too poor to buy school uniforms kept their children at home and after elementary school, students had to travel to another town to continue their schooling. Scheideman created a scholarship program for students beginning in grade six.

Over the years, many Napa Valley residents sponsored students and donated for scholarships and school supplies. The foundation has seen a number of its high school graduates go on to complete university and greatly improve the lives of their families. In its current form, the scholarship program supports the efforts of 45 students, including 15 at the university level. The local foundation team runs an after-school program to tutor the high school students and the high schoolers tutor 50 children in the elementary school.

Many of Scheideman’s volunteers have returned to Nicaragua over the years, but this year, all were invited to participate in the anniversary celebration. Twenty-six people from age 7 to 73 flew south in January. The town greets every group of volunteers with a brass band and a parade, but this time was even better. After the parade, everyone assembled at the baseball stadium, where the program began with the playing of the Nicaraguan and American national anthems. Locals made speeches thanking the visitors for their inspiration and generosity over the years. Students sang and performed a traditional dance.

Over a week to 10 days, the Americans enjoyed once more sitting under the palapa sharing memories and enjoying the local cuisine. There were hugs and tears as many reconnected with residents — new babies, children now grown, proud parents, and new grandparents. Kind words were shared about those involved who have passed on, including Jorge Tinoco, former leader of the town, Jake’s mother Lauralee, and Fred Pothoff, a St. Helenan who was beloved by all.

The town’s secondary school was named for Lauralee Scheideman upon its completion. On this trip, trees were planted near the baseball stadium to honor Tinoco and Pothoff.

In a serendipitous occurrence, Jake bumped into a Central American celebrity in the Houston airport on the way to Nicaragua. Marvin Bernard is Nicaragua-born and played baseball for the San Francisco Giants from 1995 to 2003. He is retired and lives in the U.S., but he still has strong connections in his native country. As a result of this chance meeting, Bernard drove to the little village of Ojo de Agua on a Sunday afternoon during this visit to meet the Empalme baseball team who were playing against a neighboring town.

Before the end of the week, the foundation held an anniversary party for the town and 300 people showed up. The new school year begins in February and on this evening the foundation introduced a fresh crop of scholarship students and presented them with backpacks and supplies. There was food, music and dancing for all.

The trip was not all party, however. The volunteers gave the baseball stadium a much-needed new coat of paint, re-painted and installed new LED electrical systems in the high school, and planted a garden at the elementary school. They have previously painted the new police station in town, and on this visit provided six new mattresses and met canine members of the force.

Tim Coon was an electrical contractor in 2003, when he made his first trip to Nicaragua. He took his 12-year-old son the first time and on another trip, his daughter. He says that these experiences were “phenomenal for their growth as human beings,” teaching them “to figure out a way to volunteer and give their time and resources to those in need.”

Over the years, on six or seven trips, besides electrical work, Coon has put up white boards in schools, dug new outhouses, and worked on many projects in the schools, the community center, and the hospital.

Heather and Josh Clark of Clark Vineyard Management were visitors to Nicaragua before they married and had children. Josh was on the first trip in 2000. Since then, he has been there nine times to work on the baseball field, basketball court, playground, and the first two phases of houses. Heather was one of the first managers of the Empalme scholarship program. This time, the Clarks brought their three kids — Josephine, Paxton, and Finely — who quickly made new friends.

Flavio and Jennifer Velez have also been involved with the foundation for many years. They said the progress that Jake and his volunteers have made over the past 20 years is truly astounding. They are “grateful to be a small part of making a difference where the simplest things mean so much.”

One of the most enthusiastic repeat visitors is James Reid. He is an Emmy-winning television producer of CBS TV’s “Evening Magazine” and “Eye on the Bay.” He also makes documentary films for non-profits and made an award-winning short film called “Field of Dreams” to tell the story of Jake’s involvement in Nicaragua. James was back to share the film one more time.

Amanda Scheideman, now 23, was just 3 years old when her father took her to Nicaragua the first time. Her experiences there have been an integral part of her life. As a child, being in Nicaragua was a simply opportunity to visit with her friends there. She had ample reasons to learn Spanish and now is more involved in the organization, helping with translation when needed.

“I have been able to see what an impact we have all made not only in Nicaragua, but in my own personal development,” she said. “It was an honor to be accompanied by such an amazing group! The renovations we made were important, but seeing the Americans and Nicas reconnect was especially rewarding to witness!”

Lifelong friendships have been made in this little town, friendships unlikely between Americans, not all of whom speak Spanish, and Nicaraguans, few of whom speak English. If anything, this is a story of friendship and love. In the years since this foundation began, Nicaragua has remained in political and economic turmoil. It is still the poorest country in Central America. Student unrest in recent years has resulted in violence in the streets and many people have fled to Costa Rica or Spain, for their own safety or to find work. Yet their struggle to make a decent life goes on and the help from the U.S. is greatly appreciated.

For more information, go to developingcommunities.org.

Lenore Hirsch a retired Napa educator and author of “Laugh and Live: Advice for Aging Boomers.” Read more of her work at lenorehirsch.com.

Summer in the Dominican Republic

While summer vacation had just started for most, our team of 10 students from Napa County schools was about to embark on our service-oriented …

Some people go to Hawaii on vacation, and others take cruises to exotic lands.

A Napa woman knits for peace

When Carolyn Mark retired to Napa from Marin in 1995, little did she know where her love of knitting would take her.

Morocco: More than a desert

'Seeking': Paul Moser's memoir of being lost, then found

Local author Paul Moser will introduce his memoir, "Seeking" via Zoom on July 11.

Watch Now: 15 cities that spend the most on utilities

Watch Now: 15 cities that spend the most on utilities