A collection of renderings by Tim Carl of various amphibians found in the region, many found within the Napa Valley itself. 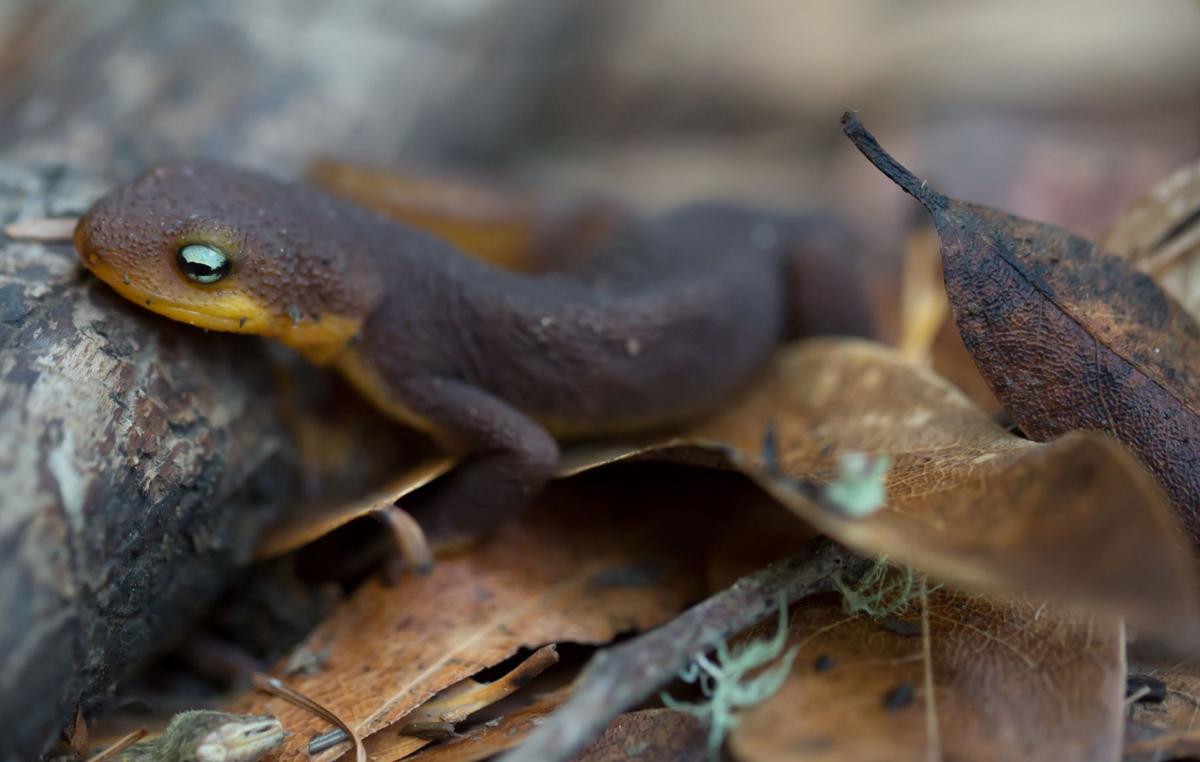 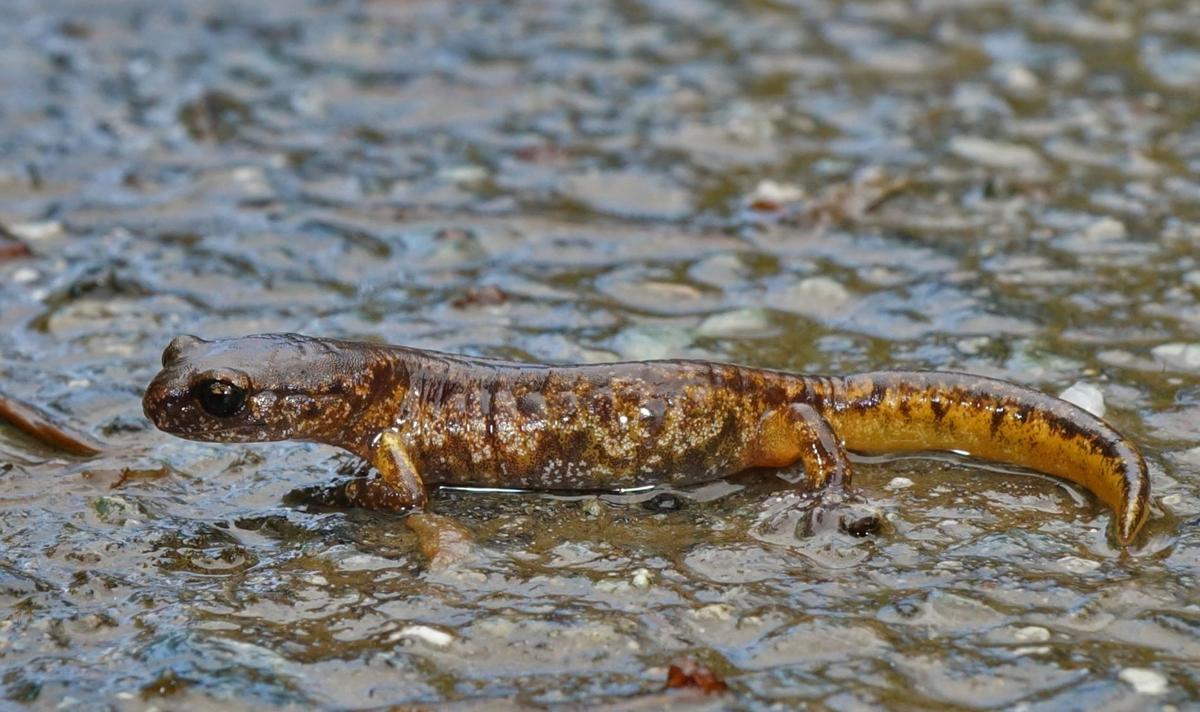 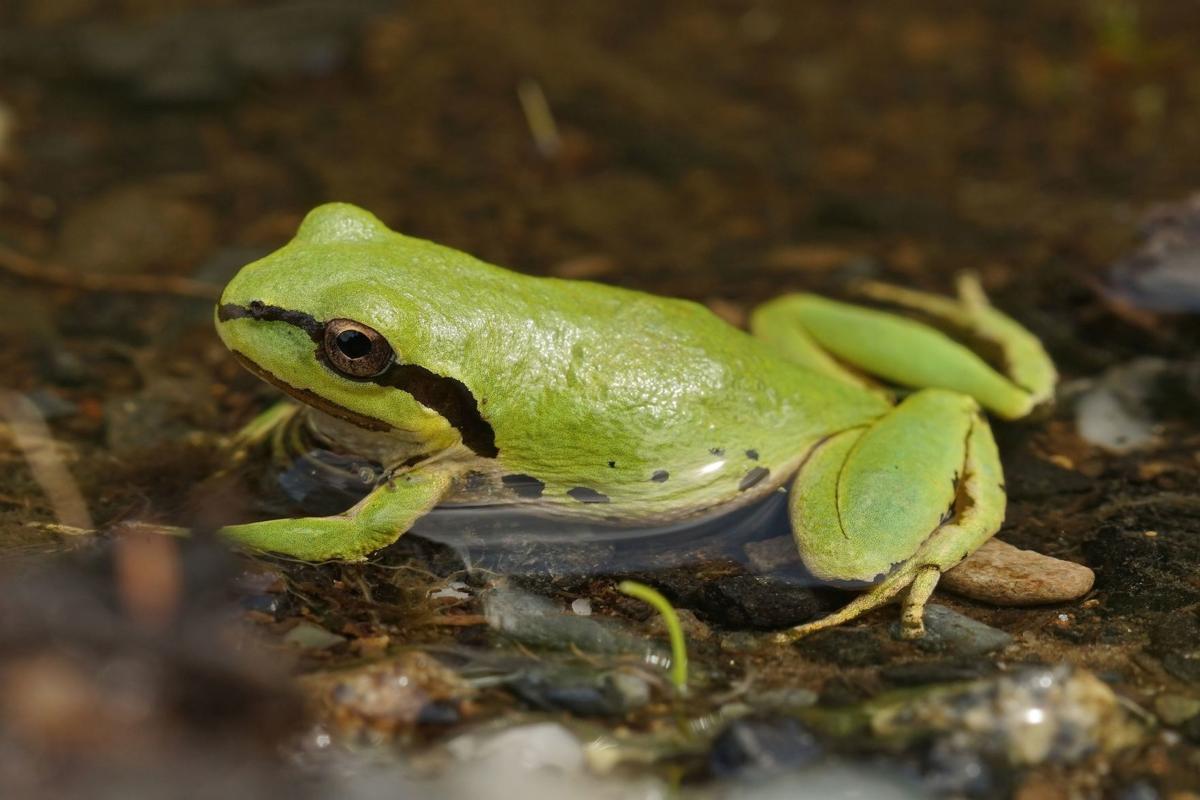 As a kid I was always drawn to the critters of this world. I was — and remain — fascinated by the complexity and diversity of life around us, but it is amphibians that have always captured my heart.

Birds are, of course, easy to admire with their beautiful calls and often vibrant-colored feathers. Mammals such as foxes, raccoons, squirrels, deer, coyotes and bears can easily grab headlines, as can reptiles, especially snakes. Insects such as black widow spiders and monarch butterflies have understandably dominated the collective psyche of many. Plants, fungi and algae are also full of mystery and wonder, providing nutrients that are the basis of life itself.

A host of other living organisms — bacteria and single-cell protists — are all worthy of study and appreciation. However amphibians — frogs, toads, salamanders, newts and caecilians — have always held a particular appeal for me.

My mother, on the other hand, found my fascination with these damp-skinned, sometimes slimy creatures much less enthralling. It was not uncommon for a jailbreak to occur from one of my many terrariums or aquariums, one of which led to our frantic search for my highly prized rough skinned newt. This 6-inch-long creature can exude the same tetrodotoxin (TTX, a kind of neurotoxin) found in some of the world’s deadliest animals, including the blue-ringed octopus, puffer fish and porcupinefish.

Once my newt was found and replaced into its safety-glass-enclosed confines, I dutifully washed my hands while my mother ordered me to release all of my animals back into the wild. My hours-long impassioned defense of the importance of continued “scientific research” somehow succeeded and I kept my laboratory operational.

Rough-skinned newts are found in still ponds, and their blue-beige skin is in dramatic contrast to their vibrant orange underbellies. These newts are often misidentified as California “orange-bellied” newts that look strikingly similar and are also poisonous. Like many poisonous creatures, the vivid skin color of rough-skinned newts is a warning to would-be predators.

However, if attacked and eaten despite the fair warning, the newt releases TTX through its skin. Although the concentration might not be enough to kill the attacking animal outright, it is often enough to allow the newt’s escape. It is not uncommon to witness an inexperienced garter snake or raptor recoil after a first nibble. Interestingly, every time these newts release TTX they, too, are flooded with the paralytic-chemical, but they are immune to the effects. Scientists are still trying to understand the mechanism of this immunity.

Amphibians are cold-blooded (endothermic) vertebrates (have a backbone) and thrive in both aquatic and terrestrial habitats. The term “amphibian” is derived from the Greek word “amphibious,” which refers to living a double life. This is appropriate because most amphibians spend part of their life cycle within water (many larval forms include gills) and part of their lives on land. Some have evolved to live only on land or in water.

Frogs and toads do not have tails as adults, whereas salamanders and newts retain their tails into adulthood. Caecilians are limbless, resemble large worms and live in tropical locations. Most amphibians have porous skin that absorbs and releases gasses, essentially functioning as external lungs. Some terrestrial salamanders and frogs have lost their internal lungs altogether and rely solely on “cutaneous (skin) respiration.”

Because of their porous, highly absorbent skin, amphibians are highly sensitive to pollution, infections and changes to the environment. Known as “indicator species,” this collection of tiny creatures is followed closely by scientists to help monitor and track changes in an ecosystem’s health.

By the late 1980s communities around the world were reporting large die-offs of amphibians, with entire populations decimated in some locations. By the mid-1990s an infectious fungal disease — chytridiomycosis — was determined to be the culprit. Since then, the insidious, highly deadly and transmissible disease has been one of the leading causes of a global decline in amphibian populations. Though not completely understood, the fungus that causes chytridiomycosis — Batrachochytrium dendrobatidis — primarily affects the animal’s skin, interfering with normal breathing, hydration, temperature regulation and the normal transfer of nutrients.

A 2019 review in the scientific journal “Science” found that chytridiomycosis was a leading factor in the decline of more than 500 species of amphibians worldwide — 90 of which have gone extinct. Unlike when I was growing up in the 1970s and unaware of the risks of spreading pathogens to these sensitive creatures, we now know that because B. dendrobatidis is found in California, avoiding the handling of amphibians is highly encouraged.

However, that doesn’t mean a long-distance relationship with amphibians isn’t possible. Listening to the Pacific tree frog (Pseudacris regilla, also known as the Pacific chorus frog) is one of the most joyous sounds of early spring. Find the right location after a long, deep rain and listen as these small green animals begin to call, each male singing his song in the hope of attracting a female, their music so riveting and rhythmic that it can take on an otherworldly background buzz.

Ensatina is a “ring species”

Overturn a rock in the garden, move old fallen logs or even shift a potted outdoor plant and chances are you’ll find a tiny, sticklike California slender salamander lurking somewhere in the damp soil. Or perhaps you’ll find one of my favorite salamanders, Ensatina.

Delicate to the point of taking on a tissue-paper fragility, most Ensatina have developed intricate methods to avoid or deter predators. For example, a subspecies found locally — E. oregonensis — has the pale color of decaying putrefied flesh, and another subspecies called EE. eschscholtzii — found south of the Napa Valley — has a coloration similar to the poisonous rough-skinned newt. Ensatina as a group also make up a fascinating example of active speciation.

In the 1940s UC Berkeley herpetologist Robert C. Stebbins noticed a fascinating attribute of distinct populations of Ensatina throughout California. A defining characteristic of a species is that they can interbreed even between geographically distant populations, and that was true of the widely distributed Ensatina. Even though widely different in coloration, different populations interbreed. However, what Stebbins noticed was there were two populations that lived near each other but rarely if ever interbred.

This all might sound a little like inside baseball, but let me explain why this was an important discovery in the study of evolution. Because evolution occurs at timeframes that are beyond the grasp of human experience — new species arise over hundreds of thousands of years, if not millions — so finding an active example of speciation is rare. But that’s exactly what Stebbins believed he was witnessing through this tiny creature. Referred to as a “ring species” because their population formed what looked like an elongated ring around California’s interior — some of the subpopulations along the coast and some in the foothills of the Sierra Nevada Mountains — Ensatina became a model for studying the very processes of evolution itself. These studies continue.

When I was a child I could spend hours sitting within nature and pondering the wonder that might be witnessed under an overturned rock or log. Watching closely, I learned of complex and intricate communities of interdependent beings. Yes, there were predator and prey dynamics, but there were also synergies and interdependencies between plants, animals and soil. Many of the organisms looked strange, and a few appeared frightening at first glance.

What I learned then was that if I studied anything by watching nature in action or heading to the library or asking experts or talking to a select few adults who took my inquiries seriously, I normally found three things: 1) We don’t know very much about most of what’s around us, 2) what we do know is incomplete, and 3) the observation of even the most banal of first-appearing creatures invariably led me into a world of awe-inspiring wonder and a desire to learn more.

Have you ever seen a Taj Mahal haircut?

10 features people look for when buying a car

10 features people look for when buying a car

Why Americans are changing their home decor

Why Americans are changing their home decor

Move over, Hawaii: California is revolutionizing coffee in the US

One farmer is building a network to grow coffee in California where it’s never prospered before, a passion project like no other.

The Rome-based design team has just unveiled renderings of a brand new 69-meter yacht design with a "gaping hole" right in the middle.

This world-famous restaurant ditched meat, but it's still charging $335 a person. Will people pay?

The early reviews of the new EMP have largely not been positive. Some have even been downright scathing.

Taste of the Valley: From pizza to Champagne

A collection of renderings by Tim Carl of various amphibians found in the region, many found within the Napa Valley itself.