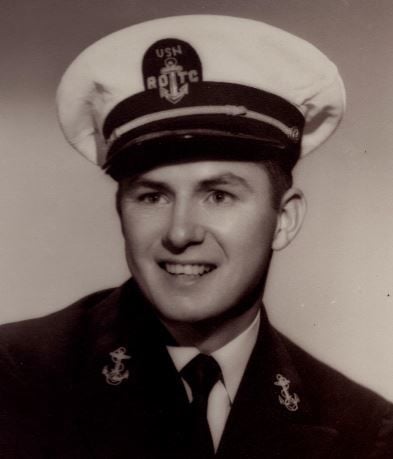 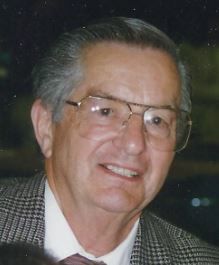 Bob was born on the family ranch 6 miles west of Dixon in the town of Allendale on August 21, 1926, to Eunice Mae Miller Crampton and Arthur Henry Crampton. He graduated from Vacaville Union High School in 1944, enlisted into WWII, and was accepted into the Navy’s ROTC Aviation V-12 program at Univ. Redlands, CA and graduated from the University of Davis in 1954. He worked on the family ranch off and on, at Standard Oil in SF, Bank of America locations in Northern CA. He met his boy’s mother on Picnic Day in Davis in 1962. He worked at McClellan AFB in Sacramento, CA as a weapons system manager until his retirement in 1993.

One of his lifelong dreams was to be a lawyer, so in 1976 at the age of 50, he enrolled at Lincoln Law School Night and weekend courses and in 1982 graduated from Ocean University with a law degree. He would attempt the 3-day test for the California Bar exam for the next 20 years without success. While working at McClellan AFB, he traveled around the world on various assignments.

In Retirement, he played tennis and golf, volunteered at the Napa Valley Genealogical Society, studied for the bar exam, and worked on the Vacaville Union Class of 44’ committee. He Volunteered as a census taker in 2000 in Napa, CA. Over his long life, he had many friends Joe Lopez of Barber Joe’s of Vacaville, William “Wild Bill” Lavis, Steward C. Potter, Courtland family of Vacaville, Williams family of Rosamond, William Barnett of Napa, Judy Tansey of Santa Rosa, and the many caregivers at Magnolia Court in Vacaville.

A memorial service to celebrate his life will be held at a later time. Please Contact Jon Crampton at Robertmc95620@gmail.com for details. In place of flowers, donations may be made to, American Macular Degeneration Foundation, or Fisher Center for Alzheimer’s Research Foundation.