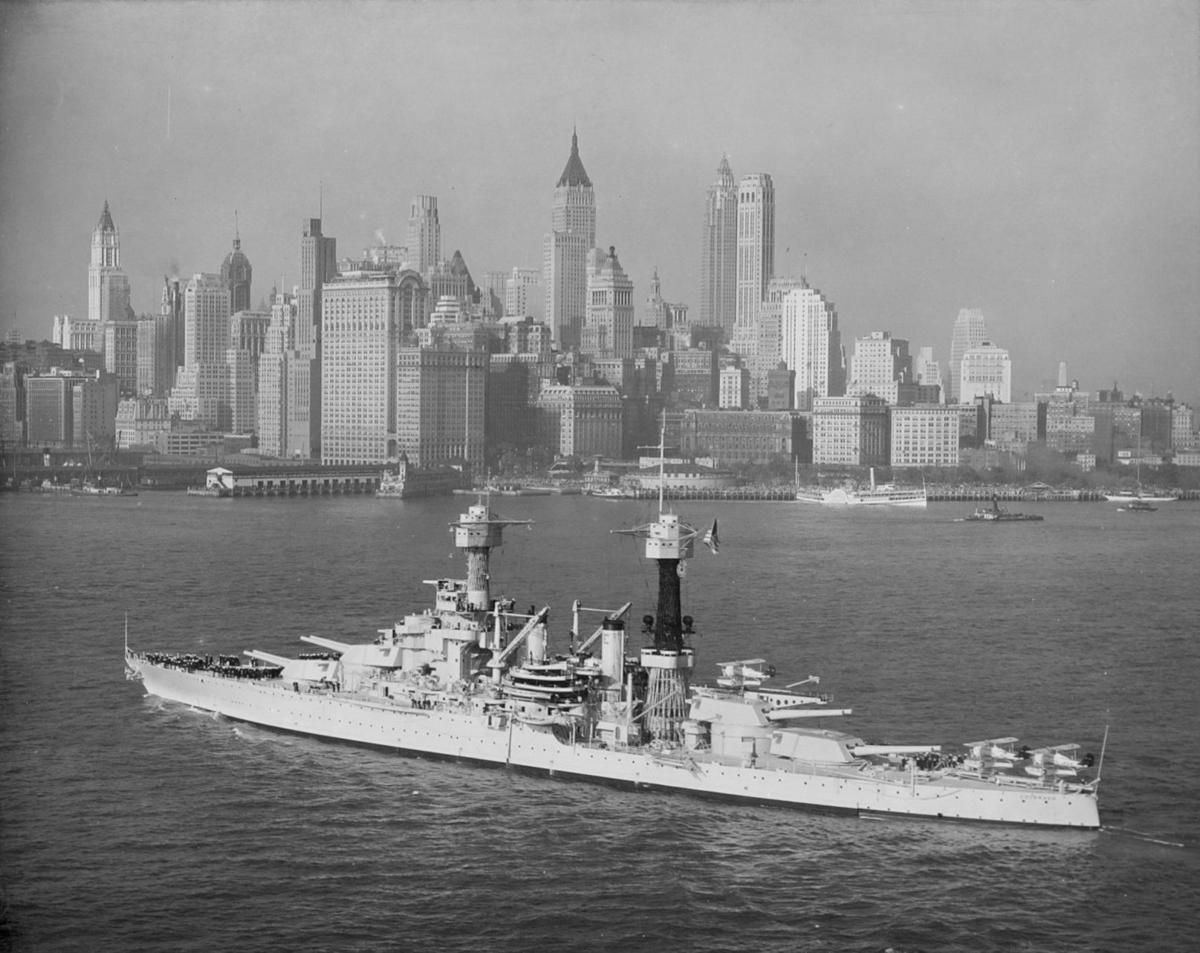 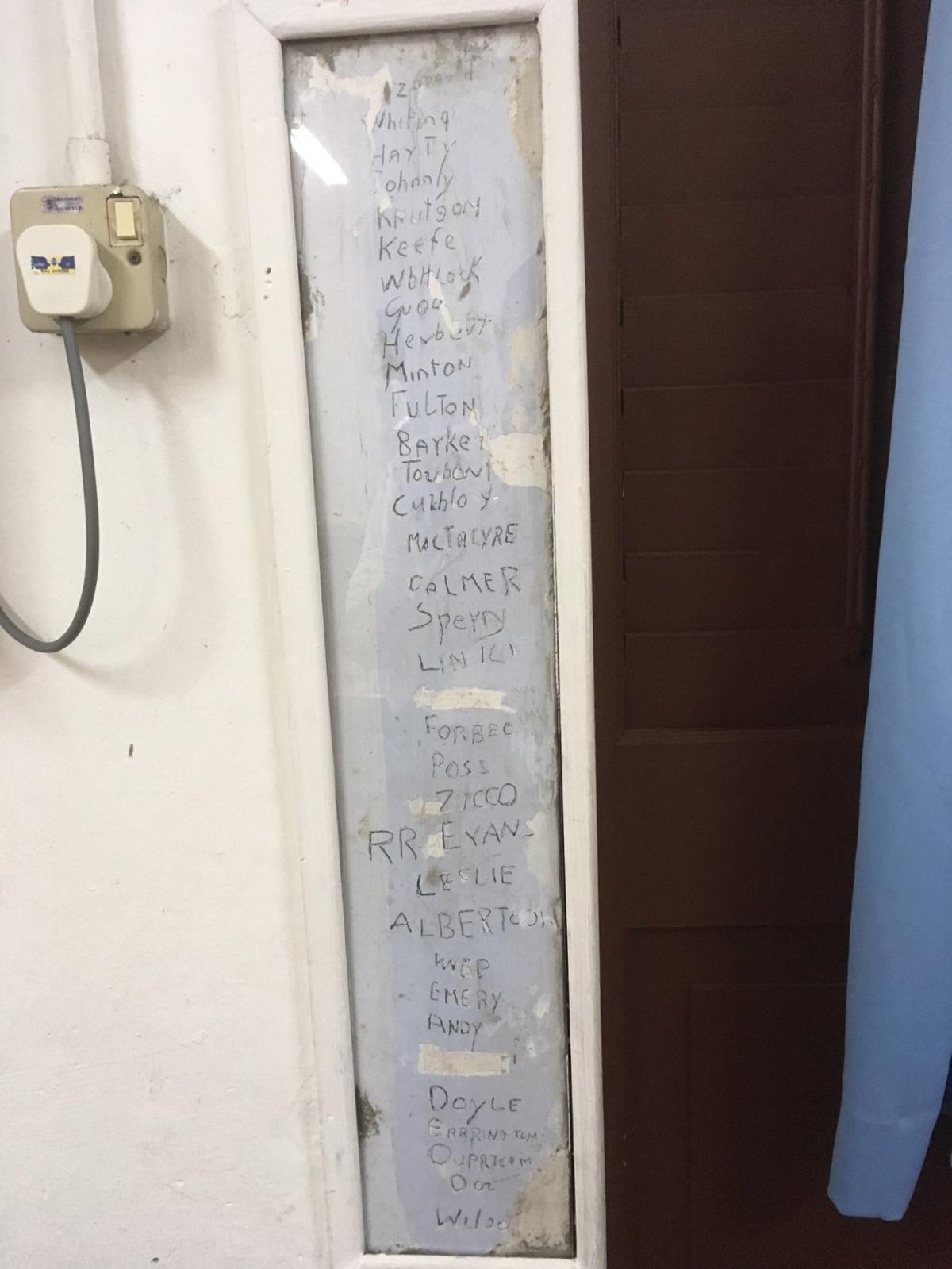 Crew from the USS Grenadier, wrote their names on the wall of a convent school in Panang, Malasia, where they were being held by prisoners by the Japanese. 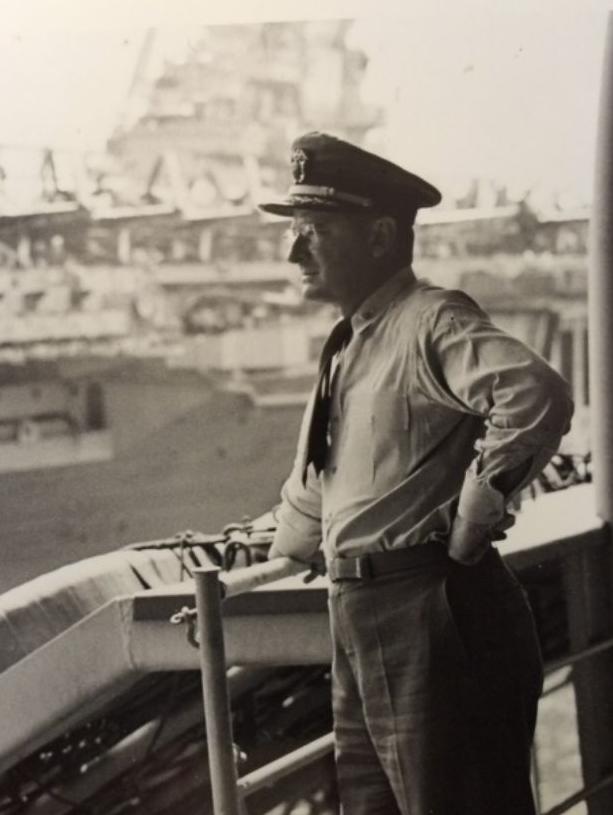 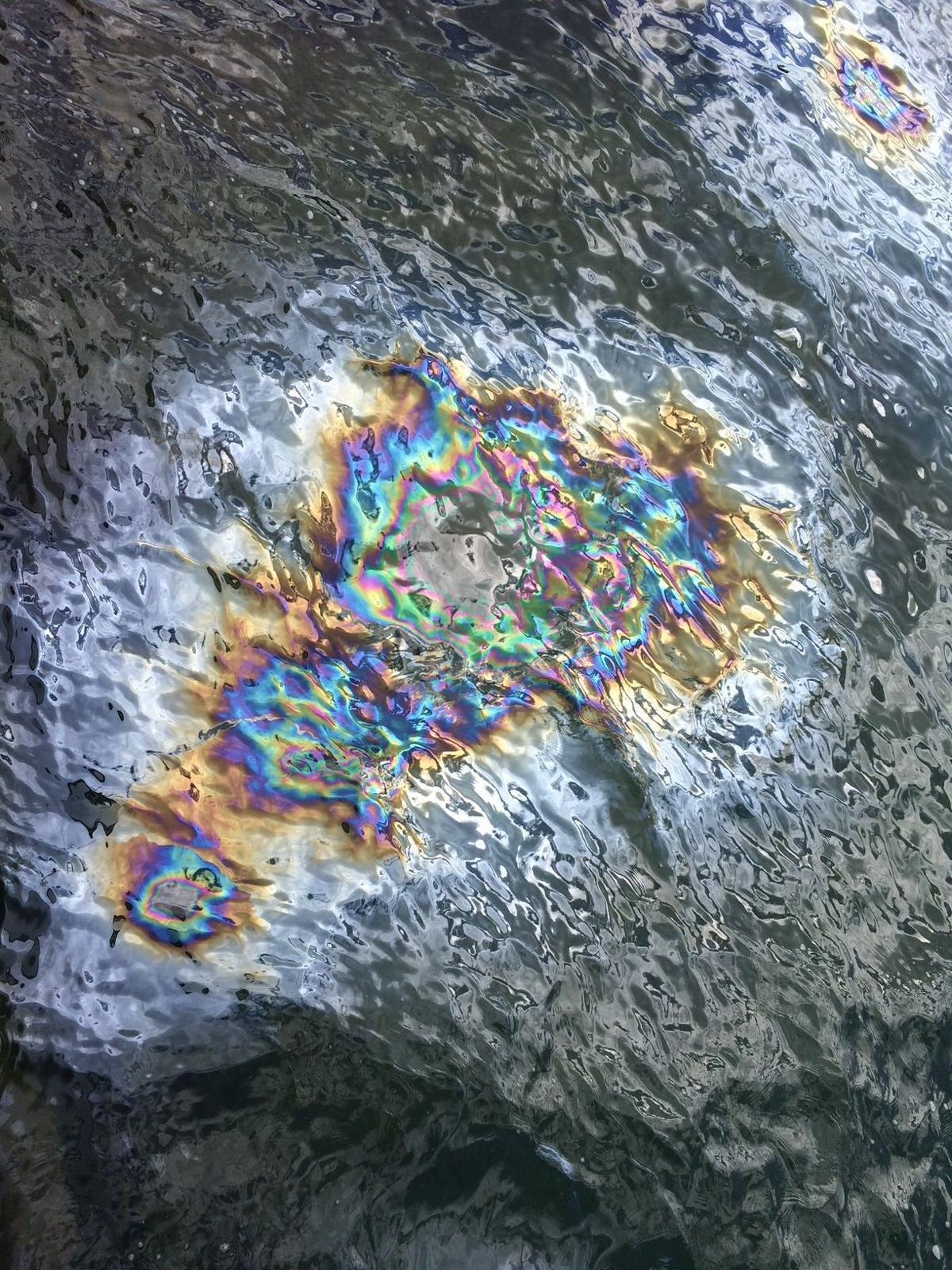 Bunker oil from USS Arizona is visible in the waters where the ship sunk after the attack on Pearl Harbor. 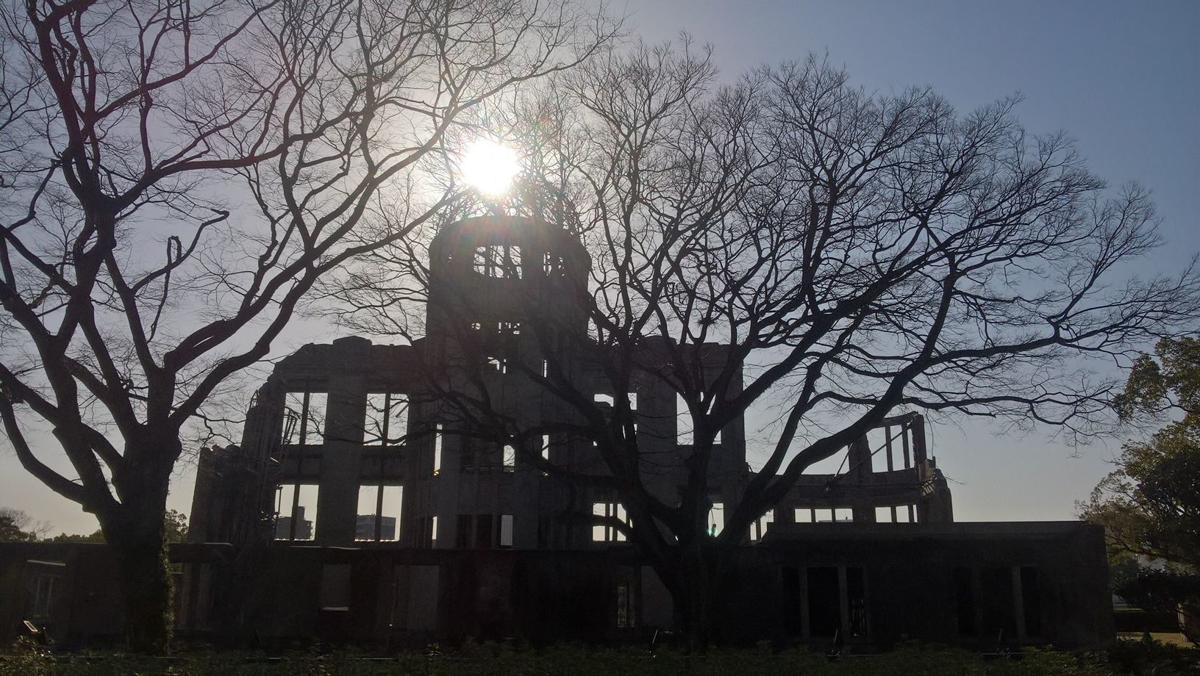 Ground Zero Hiroshima where the atomic bomb exploded on Aug. 6, 1945. 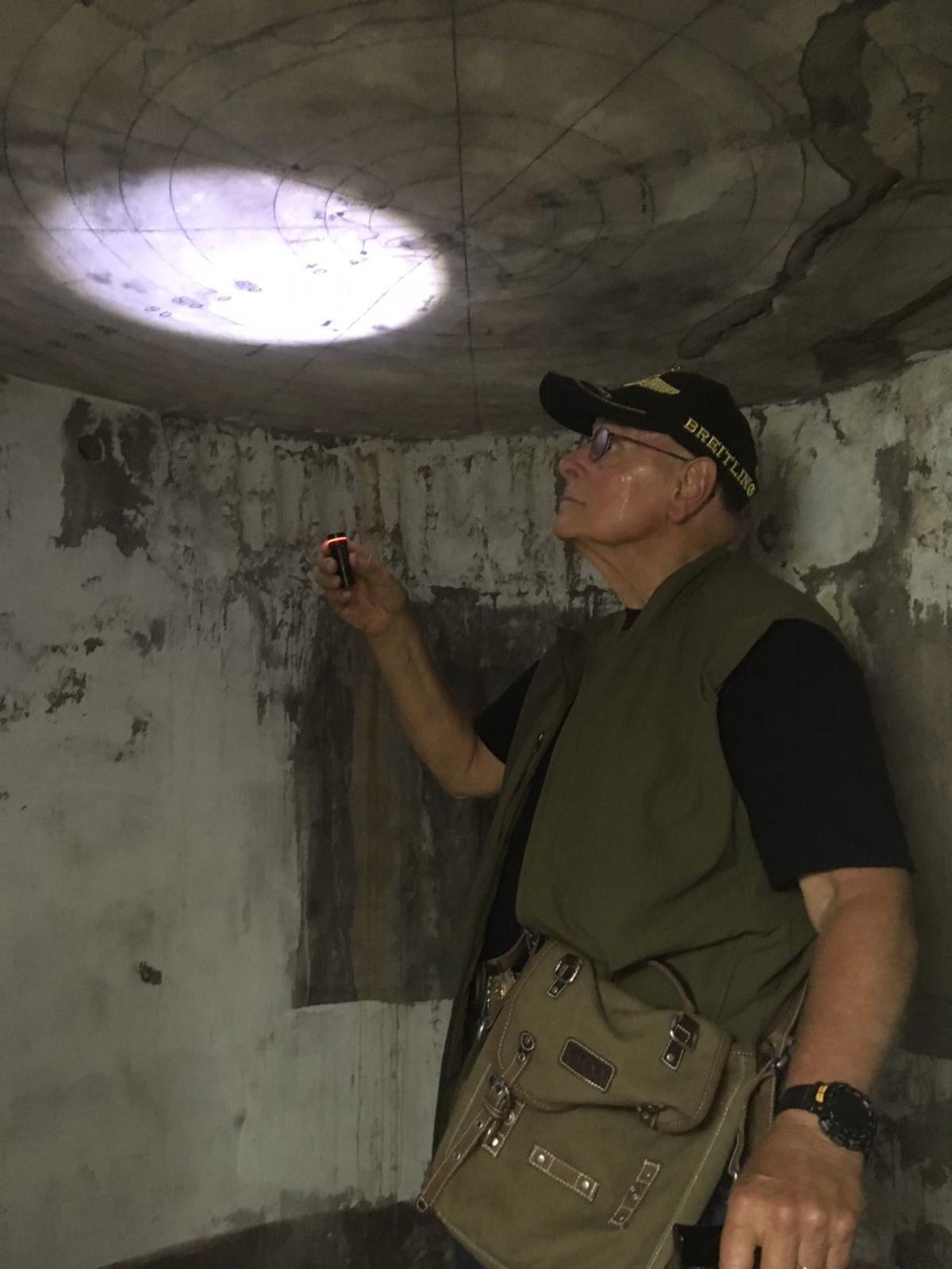 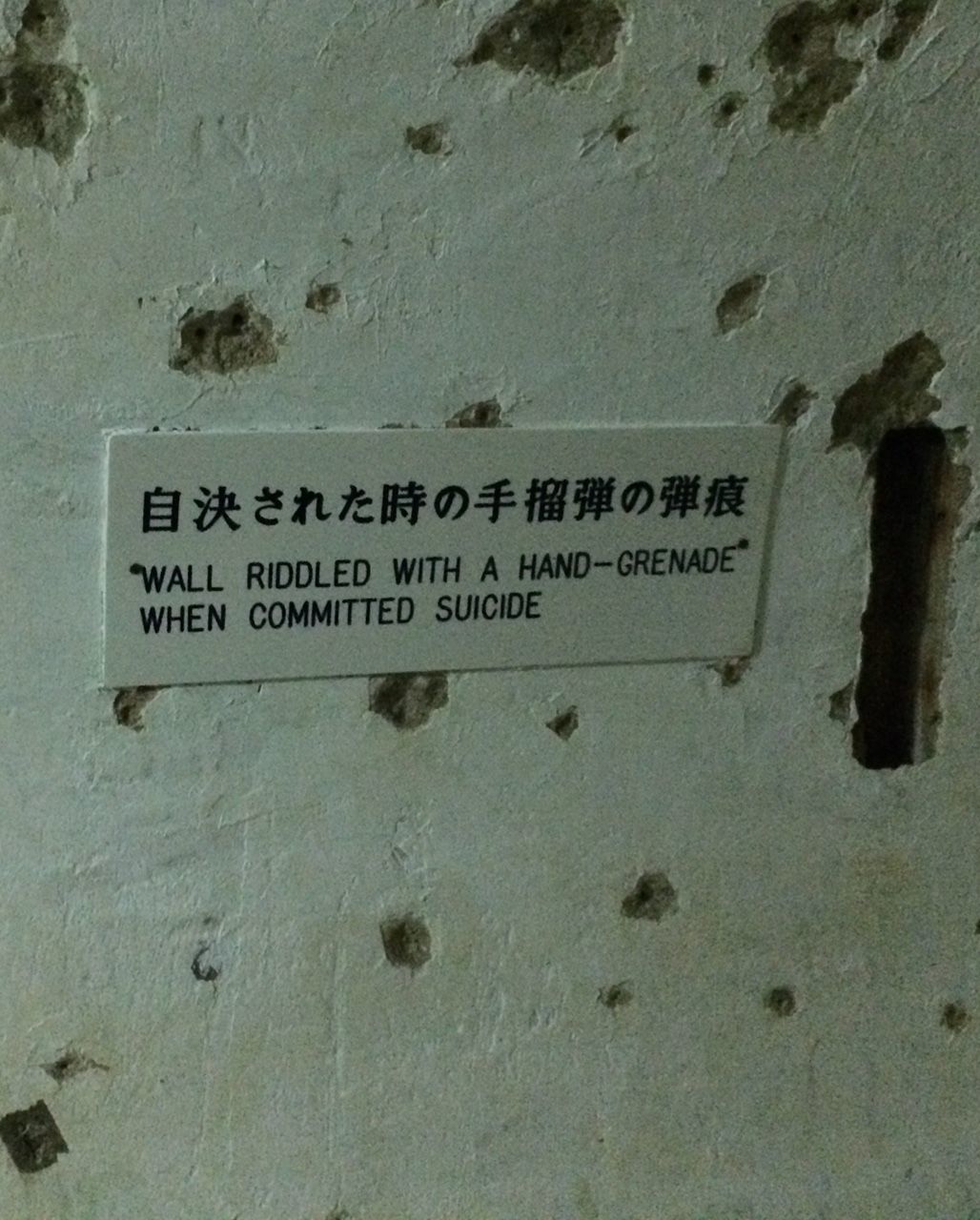 Hand grenade shrapnel scars the walls at the headquarters of the Japanese Imperial Navy in Okinawa where senior officers killed themselves as defeat became imminent. 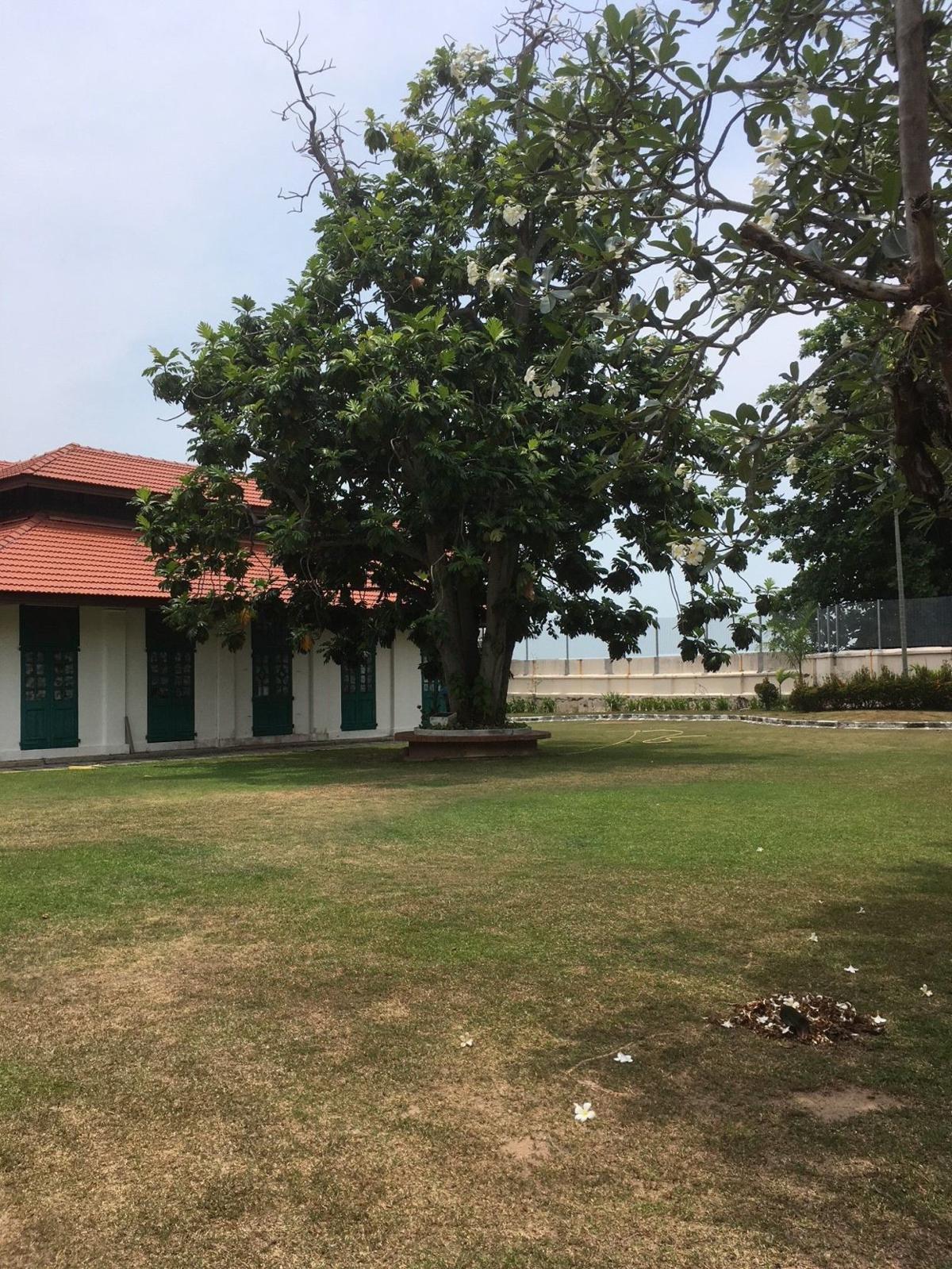 Nuns in Penang, Malaysia, smuggled breadfruit from this tree to the crew of USS Grenadier, who were held captive  in their school by the Japanese.

I am going to write a few more columns based on our recent round-the-world cruise experiences. But this column is more about my husband Philip’s interest in the naval history of World War II in the Pacific. I must acknowledge his major contribution to the writing of this article because his knowledge of his own childhood, family history, and naval history is far better than mine.

My husband was born at Annapolis, Maryland on the day World War II started in 1939. His father was the gunnery instructor at the U.S. Naval Academy and he quickly returned to sea as captain of a destroyer in the North Atlantic.

A year later, he was transferred to the Pacific as the gunnery officer of the battleship USS Colorado. The Colorado and the USS Arizona were sister ships and shared mooring blocks at Pearl Harbor.

On Dec. 7, 1941 the Arizona was destroyed by a Japanese bomb. The Colorado was not damaged because it was back in the United States being overhauled. But Philip’s father spent most of the rest of the war years on ships in the Pacific.

His Napa Valley Register obituary in 1988 described his wartime combat service in the South and Central Pacific including the Solomons, Gilberts, Marshalls, Marianas and the first battle of the Philippine Sea.

Philip had never been to that part of the world, and he was curious to see these areas where his father had served during the first five years of his own childhood. This was a major item on his bucket list.

Our cruise started when we sailed under the Golden Gate Bridge. Philip still remembers watching his father’s huge grey battleship sailing through the mist under the bridge early one morning in 1943 as it left for combat in the Pacific.

A few days later, we sighted Diamond Head, the famous symbol of Honolulu where we visited Pearl Harbor and the National Memorial Cemetery of the Pacific in the Punchbowl Crater. We stood over the remains of the USS Arizona, where 1,102 officers and men are entombed. Bunker oil can still be seen bubbling to the surface from the wreckage, a stark reminder of the events of December 7, 1941.

After passing through the Coral Sea we arrived at Rabaul, Papua New Guinea. Rabaul was a major World War II Japanese military and naval stronghold in the Pacific and many reminders of Japanese occupation are still visible, including tanks, barges, artillery, and aircraft.

Japanese Imperial Navy Admiral Isoroku Yamamoto had his headquarters in Rabaul. Yamamoto planned the attack on Pearl Harbor in 1941. On April 18, 1943, he was killed when his airplane was shot down by American P-38 fighter planes over Bougainville after American code breakers broke the Japanese Naval code and learned of his travel plans.

In addition to touring many of the historical sites on the Island, we were able to visit Adm. Yamamoto’s bunker on Rabaul where original maps still adorned the ceiling and walls. Philip was able to tour the bunker and visualize standing where Yamamoto had stood on that fateful morning in April, 1943.

Our next port of call was Okinawa, where one of the costliest battles of the war was fought. Civilian and military casualties were estimated to have exceeded 300,000. At Okinawa, we visited several sites of historical significance, the most striking of which were the underground headquarters of the Imperial Japanese Navy. This huge buried complex housed the high command of the Japanese Navy and was the place where many of the senior officers killed themselves as defeat became imminent. One room, in particular, still bore the scars on the walls of the hand grenade detonation.

Hiroshima and Nagasaki will always be remembered as the cities targeted by U.S. bombers with atomic bombs. Visits to “ground zero,” the museums, and memorials in each city were poignant reminders of the horrors of war. The cherry blossoms were in full bloom and it was hard to imagine the devastation after Little Boy and Fat Man exploded on Aug. 6 and 9, 1945. Both cities have recovered from destruction and have become busy vibrant metropolises.

After visits to Shanghai and Singapore, we arrived in Penang, Malaysia where the Japanese held the crew of the USS Grenadier, an American submarine damaged and scuttled in the Straits of Malacca.

The crew abandoned their sinking submarine and were picked up by a Japanese warship and taken to Penang where they were held in captivity at the Convent Light Street School.

This girls’ school was run by French nuns, but was occupied by the Japanese Army during the war. The Grenadier crew were held there for three months before the survivors were sent to POW camps in Japan.

The breadfruit tree still stands in the courtyard where the nuns obtained the breadfruit, which they smuggled into the American prisoners. The school is still operated by the nuns and was filled with uniformed schoolgirls, who were fascinated by American visitors from a distant land.

As we approach the anniversary of the end of World War ll (Sept. 2, 1945), this column is dedicated to the memory of Philip’s father. Jack Champlin. and all those who served.

I found your article "A Pacific Pilgrimage" (Aug. 27) to be most interesting, as I find most articles regarding the U.S. Navy. I was in the Na…