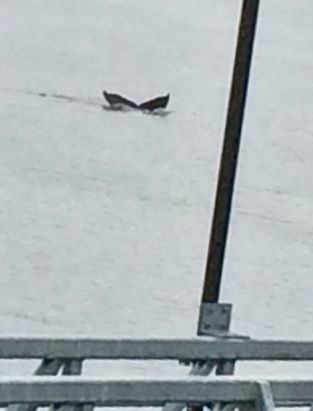 Freddie is the resident whale near Icy Strait Point in Alaska. 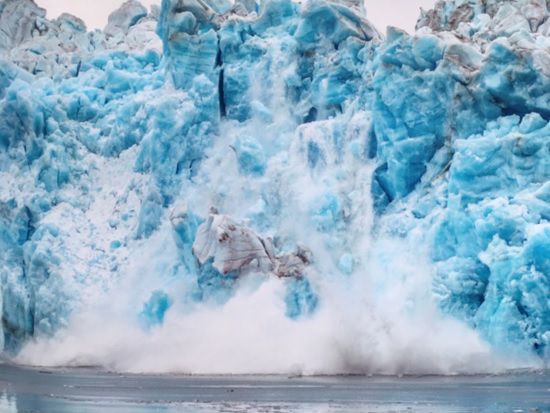 We have visited Alaska many times. A long time ago, we drove our Harley up and we have flown up for fishing on the Kenai River in Soldotna.

This time, we wanted to travel in comfort and take a cruise to see Alaska from the inside passage.

Just think: No meals to cook, no beds to make, your meals are served (unless you want to go through the buffet line) and you only have to unpack once. You will enjoy watching the shoreline pass by along with the whales, dolphins and eagles. Have your binoculars and cameras ready as you have your first cup of coffee on your private balcony. It is a wonderful way to start your day.

Lush green forests are everywhere with an occasional bear down by the water. If you are adventurous, some primitive areas are ready for hiking. If lucky, you might get close and personal with the some of the resident wildlife. Cruise lines offer a variety of shore excursions for your preference at every port. So if you answer ‘yes’ to any of these things, you would enjoy a cruise to Alaska.

We were lucky to have the perfect naturalist on board for the entire trip.

She gave lectures with photographs in the big theater. As we slowly cruised up the inside passage, she pointed out whales, seals, porpoises on the ship’s public address system and told us which side to find them, port or starboard. We were all running back and forth to see them and take photographs.

Every day, she would spend some time in her booth on the garden level. She passed out information and spoke with the passengers. She even enjoyed her lunch in the public Lido Deck where people could visit with her. She was very popular and added so much to our trip.

We went ashore at each stop. In Juneau, we took a tram ride with wonderful views of the port and a short tour of the city. Skagway was the base for the famous Klondike Gold Rush in the late 1890s.

We took the White Pass & Yukon Train for a three-hour ride. It went alongside the narrow and dangerous trail those gold seekers traveled with all their gear and horses. The rest of the day, we shopped and had lattes with special homemade cinnamon rolls my brother Lee enjoyed on his recent trip.

We were excited when it was announced that our ship was going to cruise in close to the famous Hubbard Glacier. The glacier really gave us a show. First we heard the sound of ice cracking. Then large chunks of ice would “calve” off the glacier and an iceberg would tumble into the sea. It was difficult getting a good photograph

Icy Strait Point is owned by the Tlingit people. I was so lucky one early morning when we docked there. I saw the tail of the island’s resident whale, Freddie. He lives and swims mainly around this little island. All the locals knew him. He came up three times wiggling his tush, his little black tail. I have his photo and a new silver necklace that looks just like him. It was an amazing moment. Everyone on the island and our ship’s naturalist knew all about him. We were the only ship there, the sun was shining, the shops were close by and it became my favorite port on this cruise.

Sitka was an interesting stop. We visited a raptor recovery center, which saves injured eagles, owls and hawks. Their employees and volunteers gave us lectures and tours. There was a large enclosure for recovering eagles who had to learn to fly again after surgery so they could be released back into nature. Alaska Airlines had flown an injured eagle, found on the side of the road, for immediate surgery after a 3 1/2-inch nail was found in its stomach. After surgery, he was back flying in the wild in 48 days.

We also visited a bear refuge that cares for injured and orphaned bears They or their parents had come into town to raid the garbage dumps and often died from eating plastic waste. Two cute cubs were playing in the water. They looked cuddly but we wouldn’t want to meet them in the wild.

In Ketchikan, we took a tram into the middle of town. We had fun walking along the original boardwalk of Creek Street. The town had several cruise ships in port, so the population had risen by 10,000 or more.

Our final port of call was Victoria, which is always lovely. We wandered through the shops, looked at the interesting old historical buildings and ate ice cream cones. Years ago, as we were passing through Victoria on our way to Alaska on our Harley, we were allowed to have high tea at the Empress in our “leathers.”

My brother, Lee Patrick, had suggested a number of places to visit. One was a restaurant in Juneau, which served a great clam chowder with warm rolls that almost melted in your mouth.

The other was his favorite jewelry shop in Ketchikan. We introduced ourselves and said my brother comes here often. The sales lady asked me, “Is your brother’s name Lee?” She immediately remembered him. But that is easy to understand as he is very well known in our hometown. Many old timers call him Mr. Pleasanton.

An entertaining speaker on the history of cruising on luxury liners gave a number of programs and told this strange story:

In the 1950s, one of Hollywood’s more glamorous female stars, Rita Hayworth, was a passenger on one of the famous liners of the time. At the end of the cruise, her cabin steward found that the toilet seat in her cabin was missing.

For years, it was a great mystery. No one came forward to tell what happened to it. However, in 2010, our speaker told this story at a reunion of retired ship’s officers. An elderly man in the back of the room raised his hand and admitted that he was the one who took the toilet seat from Rita Hayworth’s cabin.

He was the former chief engineer of the ship. Apparently he was starstruck, so he took the seat, cut it into little pieces and made it into key chains to give to his friends. My husband said that by that time the statute of limitations for theft or stalking had probably run.

After 10 days, our ship returned to Vancouver. We recovered our car and started the drive back to Napa. We spent the night near Mount St. Helens and decided the next morning to detour off the highway to visit the site of the 1980 eruption.

After seeing a film at the Visitors Center, we decided to drive the 50 miles up to the observation ridge close to the volcano. The destructive power of nature was awesome.

We felt that we had seen Mother Nature at her best and her worst on our trip.

This year is the 400th anniversary year of the landing of the Mayflower at Plymouth, Massachusetts in 1620. The Napa Vineyard Trail chapter of…

Freddie is the resident whale near Icy Strait Point in Alaska.