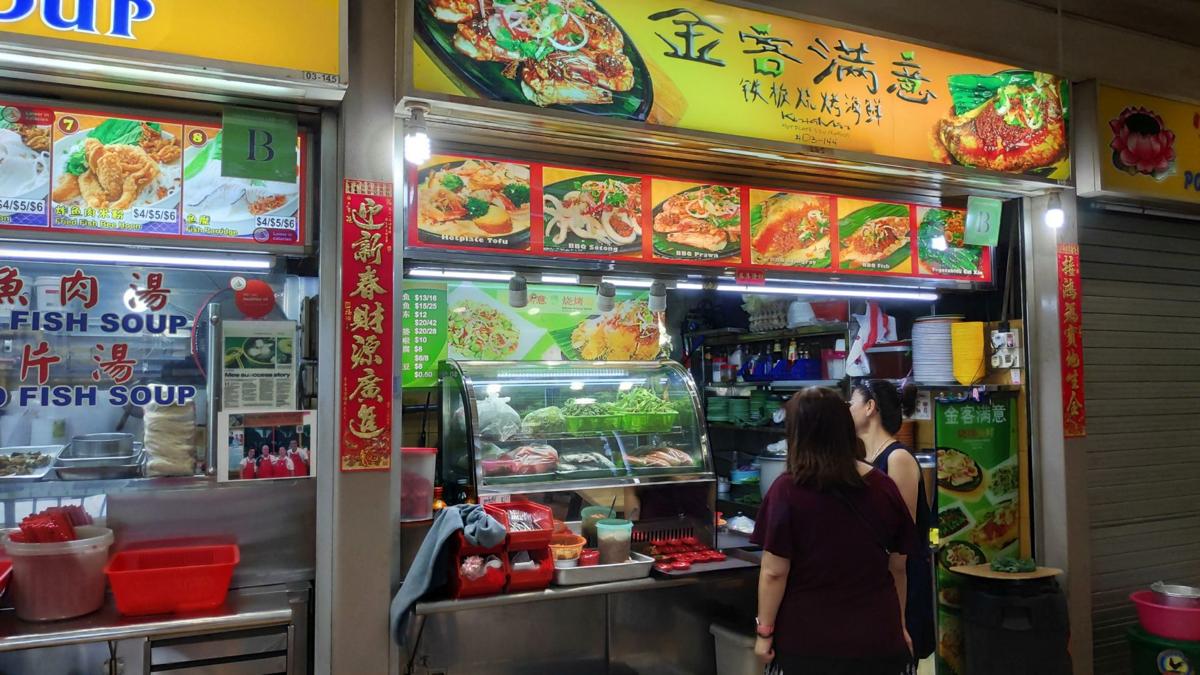 When you hear “Singapore,” what comes to mind? For me, it was chewing gum. The country’s ban on gum (visitors can bring in no more than two packs, it isn’t sold there, they frown on enjoying it in public, and heaven help you if you spit it out onto the sidewalk), plus its strict enforcement of other laws against such petty infractions as feeding pigeons or eating on the subway has given Singapore a PR problem.

Other than the gum ban, I didn’t know much about the city-country when we decided to add it to our itinerary. The gum thing made me a bit nervous about going there, as I worried about that and all the other rules I could unwittingly run afoul of.

Upon our arrival, the little piece of paper they handed us (the one you need to keep in your passport and guard with your life, as you’ll need it to exit the country) didn’t do much to help things. If they want to fix their reputation problem, they probably should start with changing the language on it: they welcome you to the country by warning you that drug importation is punishable by death.

I had nothing stronger than Tylenol in my bag yet I still felt a chill down my spine.

I also don’t chew gum, and dislike pigeons, plus I never spit on the sidewalk, always throw my litter in the bin and have no interest in producing graffiti tags on the walls around me (to name a few other infractions that could potentially result in a sentence of caning). Nevertheless, I felt guilty and kept looking over my shoulder when we jaywalked across a completely empty street on a very early Sunday morning.

Fortunately, we got away with that crime and saw no evidence of what I feared would be a police state. It isn’t, as far as I could tell. The threat of draconian punishment must be an effective crime deterrent on its own; I saw fewer police than in other large cities.

Singapore is mostly just another paternalistic one-party dictatorship, like Cambodia and Vietnam, our other stops on the trip. The major difference between them is that Singapore is run like a nonprofit business for the benefit (mostly) of its citizens, rather than as a cash cow for a corrupt party bureaucracy. Some of its arbitrary and sexist rules must surely irk those citizens (the carrot of a booming economy is nice, but the stick is rather large and threatening); however, for anyone willing to color inside the lines, the resulting orderly city is almost a Disneyland version of urban life.

If Disneyland was known for its food.

My favorite government-run innovation was the hawker centers, which are kind of like food courts on steroids. There are more than 100 such centers in Singapore. Open air but under a common roof, they contain many dozens of tiny food stalls, each offering just a couple specialties. With vendor after vendor packed into the centers, they offer a paralyzing number of choices.

Fortunately, our awesome local guide Natalie knew which ones to guide us to. We spent an amazing day trailing her through several centers in different parts of town, slurping scrumptious noodles, dumplings and everything else she put in front of us (and, alas, thoroughly demolishing my pet theory that you can’t gain weight traveling as long as you keep moving). Singapore culture encompasses three major ethnicities — Chinese, Indian and Malay — with food to match. I can personally vouch for it all being delicious.

In the past, the “street foods” we sampled were actually sold on the streets, as I’ve seen in other countries, where vendors perch on corners and seem prepared to pack up and run at the first sign of police or code enforcement. Rather than viewing the food hawkers as a police problem, Singapore has embraced them and (naturally) brought them under government control.

Of course, the freedom from police harassment has a price: vendors must pay rent and are inspected for hygiene. There are probably a bunch of other regulations as well. Singapore really likes its rules.

The stalls are beloved by both locals and tourists, but running one makes for a very hard life. Vendors work incredibly long hours, often opening early for breakfast and toiling through dinner time. Watching them in their tiny cubicles, it was hard for me to believe that the younger generation will step in and take over when their grandparents retire. The stalls are amazing, but could become an endangered species, so I recommend visiting as soon as you can to experience them.

In fact, I recommend visiting Singapore in general. The government has poured billions into preserving the historic look of many streets and shopfronts even as new skyscrapers spring up all around, so it still has charming areas in which to imagine the past. They have also created lush parks, huge domed indoor gardens, vast shopping malls, an unbelievable airport (which also has a gigantic domed indoor garden and waterfall) and many other attractions to lure tourists.

Though make sure you bring a lot of money when you come. The country really is run like a business; they recoup all that investment with stiff entry fees.

And as a precaution, before you stuff your purse with cash, I recommend that you first empty it to make sure you aren’t unwittingly carrying anything that could get you into trouble.

Like a pot brownie, a packet of bird seed, a can of spray paint or (seriously, do I need to even tell you this?) a pack of gum.

I looked in vain for Singapore noodles in Singapore. Wherever they came from (a Chinese restaurant in America?), their connection to Singapore is in name only.

But the fusion of Chinese stir-fry with Indian curry powder does seem appropriately Singaporean (plus the noodles are delicious), so I thought I’d share this recipe anyway, adapted from one I found on the Serious Eats website with some changes based on other recipes. Making it might require a trip to an Asian market for the noodles (and the Chinese pork if you use it), but once your pantry is stocked, it’s a very simple dish to throw together from otherwise easy-to-find ingredients.

The work is all in the prep, mostly in slicing the vegetables, and could mostly be done in advance. Once everything is ready, the cooking takes only 10 minutes so this is a quick meal to throw together.

I saw numerous versions, including ones that use chicken, tofu, Napa cabbage, jalapenos, bamboo shoots and bean sprouts, though the red pepper, carrots, onion, garlic, eggs and basic seasonings are common to all.

So feel free to experiment with what vegetables and protein you like and have on hand. It’s not like anyone in Singapore will tell you it isn’t authentic.

Refresh the shrimp by putting them in a bowl of ice water for 10 minutes. Pat them dry and place in a small bowl, tossing them with 1 teaspoon canola oil and 1/2 teaspoon fish sauce. Set aside in the refrigerator.

Follow the package directions to soften the noodles. In general, this will involve placing them in a bowl, covering them with boiling water, and letting them stand 5 minutes, then rinsing with cold water and draining them in a colander until dry. Once they are softened, cut the bundle of noodles in half or thirds with scissors.

In a small bowl, make the sauce by mixing together the garlic, ginger, soy sauce, sherry, white pepper, sugar and remaining 2 teaspoons of fish sauce. Set aside.

Heat 1 teaspoon of oil in a wok over high heat, tilting to swirl it around, until it smokes. Pour the eggs down the side of the wok, turning the pan so they spread in a thin layer. Cook for about 10 seconds then gently move them around with a spatula until they start to firm up. Remove them to a large bowl, breaking them up into small pieces with the spatula, and set aside.

Wipe the wok clean again. Heat the remaining 2 tablespoons of oil in it over high heat until it smokes. Add the noodles and stir-fry for 30 seconds. Add the sauce, the remaining 2 teaspoons of curry powder and the turmeric, stirring until the curry powder is evenly distributed. Return the egg, shrimp, roast pork and vegetable mixture and stir-fry until everything is evenly combined, about 30 seconds more. Season with salt to taste and the red pepper flakes. Remove from the heat. Add the scallions, drizzle with the sesame oil, mix well and transfer to a large serving bowl. Garnish with cilantro. Serve right away.

Betty Teller hopes you won’t turn her in for jaywalking. Tell her you’ve got her back at amuse-bouche@sbcglobal.net.

Betty Teller shares her new years resolutions (sort of) including a remarkable notion about writing columns about food.