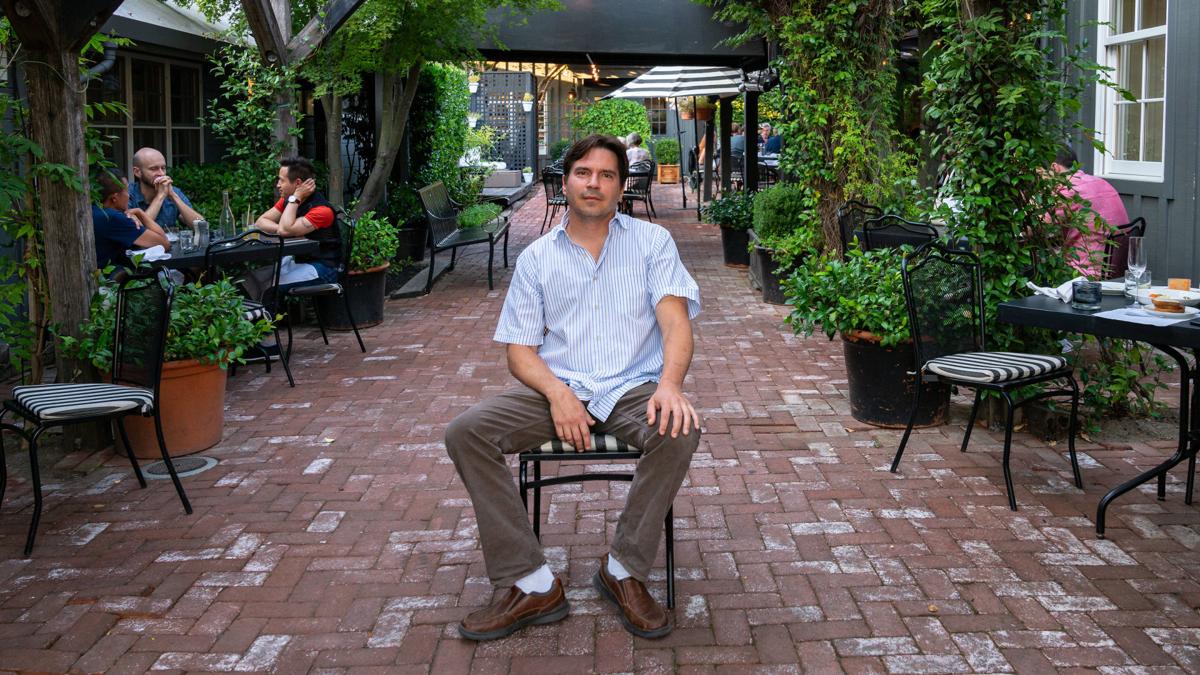 Ryder Zetts has been a chef in the Napa Valley for the last 12 years. Recently he accepted a job offer in Nashville to head up three new restaurants, which are all owned by the Atlanta restaurateur, Ford Fry. 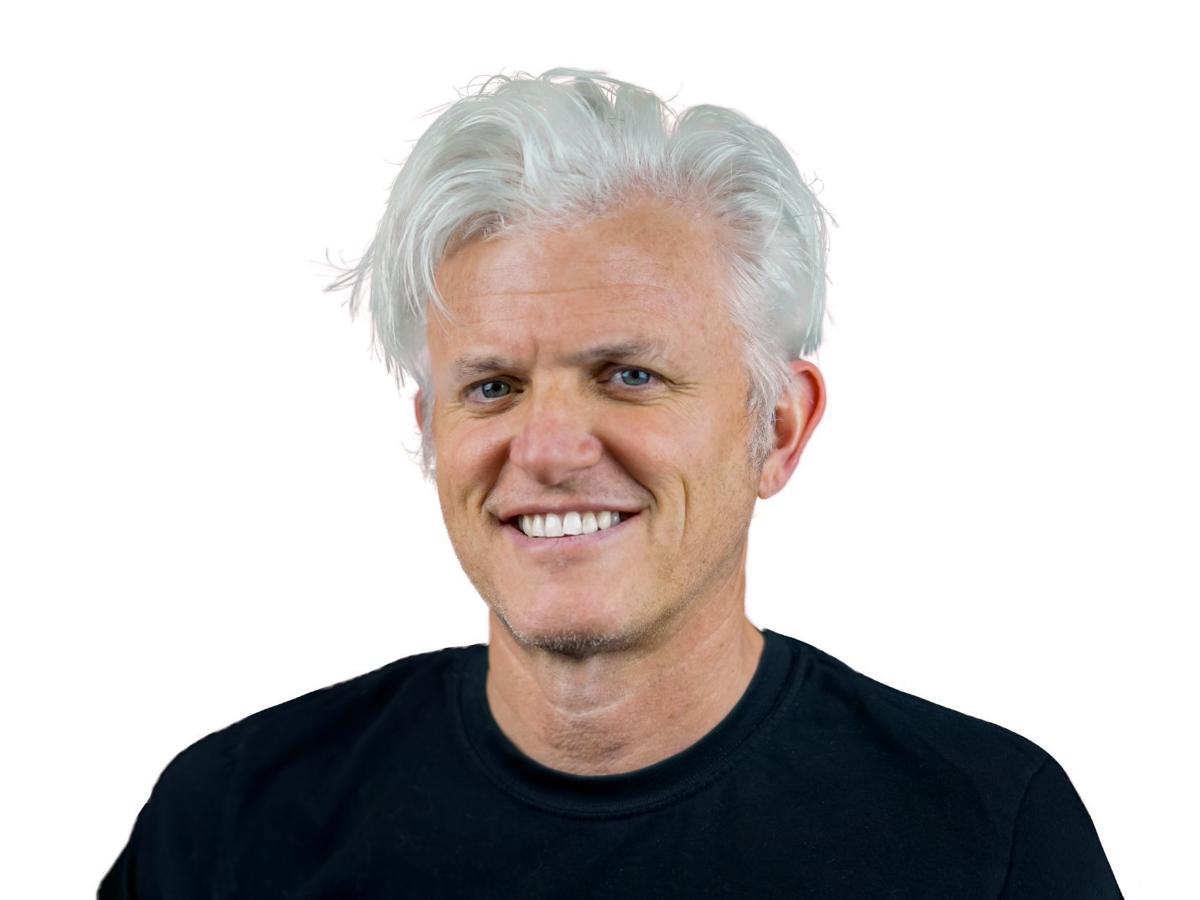 Ryder Zetts has been cooking in the Napa Valley for the last dozen years. His most recent tenure was becoming a partner at Cook and Cook Tavern in St. Helena. Now he and his family are moving to Nashville, where he’s been hired as the executive chef for three new restaurants owned by Atlanta’s prolific restaurateur, Ford Fry.

“I imagined living in Calistoga for the rest of my life, but for a variety of reasons my wife (Michaella) and I felt compelled to take this opportunity,” Zetts said. “The Napa Valley is thought of as a food mecca, which in many ways it is, but there are some other pretty exciting places out there, too.”

In 2017, he’d left his previous position at St. Helena’s Archetype to become a 21-percent owner of Cook and Cook Tavern, Zetts said. Prior to that, he’d been the chef de cuisine at Calistoga’s Solbar, and earlier he worked at the Inn at Little Washington, Virginia, and at Bouchon Bistro in Yountville.

I knew from other sources that he’d been offered four other jobs, all in the valley, but had declined them all, accepting an offer in Nashville. The move meant selling their Calistoga home and relocating their children into new schools. Over a glass of wine at Calistoga’s Evangeline Restaurant, he discussed his reasons for leaving.

“I don’t want people to think that my family and I have anything but love for this beautiful valley,” he said. “We always will.”

The driving forces behind his and Michaella’s decision appeared to cluster in three general categories: increasing cost of doing business, labor shortages and the high concentration of eating establishments. And although he’d been looking for new opportunities since May of this year, they had not even considered leaving the Napa Valley until they visited Tennessee.

“I was a little surprised when I first visited Nashville — it has become a real food city,” Zetts said. “Whereas here I’ve often been forced to work with a skeleton crew, there the restaurants are completely staffed. Each place I visited had real ambiance and was welcoming. Not to say that the Napa Valley doesn’t have that, but for some reason it felt different.”

The tip of the iceberg

One reason might be that both staff and patrons are able to live close by. According to Zetts, the cost of living is about 40 percent less in Nashville compared with the Napa Valley.

Another challenge for Napa Valley restaurants — and California establishments in general — is the wage laws. As Zetts explained it, waitstaffs are required to be paid minimum wage in California, but most other states do not have this requirement.

“The California requirement sound like a completely reasonable thing to do, and I certainly want everyone to get paid fairly,” Zetts said. “The problem is that when the waitstaff gets minimum wage but also gets paid tips then there is real disparity between the pay level between the front and back (kitchen) of the house. The result is that you either have to pay the back of the house crazy amounts of money or pool the tips, both of which have their own issues.”

Zetts explained that in Nashville waitstaff might be paid an hourly rate of only a couple of dollars per hour with the bulk of their pay coming from tips, but in California they must be paid $10 or “soon, $15” an hour. The result is that restaurants are forced to limit the number of waitstaff per shift.

Other economic factors he cited included the increasing costs of everything from rents to water and the inability to raise prices.

“Restaurants run on extremely tight margins,” Zetts said. “When all of your costs increase, you need to raise prices. But because your customers can’t understand why you need to charge $25 for chicken, that makes it even tougher.”

“One problem is that most diners have a perceived value in their minds for menu items like chicken, for example, so it’s hard for them to understand all the costs that actually go into a dish,” she said then.

“Another issue is that there’s a shortage of qualified labor — especially after the recent fires,” Zetts said. “I know of some cooks and front-of-the-house folks that are coming from Sacramento, which is just not sustainable in the long term.”

Another driver of the difficulty of hiring food professionals is that whereas the Napa Valley used to be one of only a few critical destinations for any serious restaurant professional’s curriculum vitae, that has changed, further reducing the pool of applicants. Chef Chris Cosentino (St. Helena’s Acacia House, San Francisco’s Cockscomb, Portland’s Jackrabbit, and rumored soon to open new location in Austin, Texas) also provided interesting insights.

“A decade ago if you were serious about being a chef or sommelier you needed to have San Francisco, New York or the Napa Valley on your resume,” Cosentino said. “But now nearly every city has its own vibrant food culture, and so people can work where the cost of living is lower or in a city that’s closer to their families. Cities like Austin, Portland, Seattle, Boulder, Charlotte and Nashville have become culinary destinations in their own rights.”

Beyond the high costs and labor shortages that frustrate many Napa Valley restaurant owners and professionals, even with the recent closing of numerous establishments, Zetts believes there may still be too many restaurants.

“Even now, before all these new resorts come in, it’s going to be hard to fill all the valley’s chairs,” he said. “The resorts will do fine because they have folks staying there, but I can count on my hands the number of independent valley restaurants that are actually making money.”

The loss of local farmers

A surprising comment centered on the lack of local produce available. Whereas most people think that most of the produce and animal products served in Napa Valley restaurants have been grown or raised here, according to Zetts, because most of the land has been planted in grapes, most of the “local” produce is being grown in the Central Valley or even shipped in from other countries.

“I’m not sure people understand how big the loss of Forni-Brown Gardens (a Calistoga farm) was to us here in the Napa Valley, but it was tragic,” Zetts said. “We have some of the most fertile and wonderful soil and growing conditions on the planet, and we still have a few great local farms, but unless you have your own gardens (French Laundry, Meadowood, etc.) you often have to drive at least 30 miles to get anything grown ‘locally.’”

Over the past few years the Napa Valley has seen more than a dozen restaurants close or change hands. At present, Calistoga has three new major resorts in the works but also has three or more restaurants that remain shuttered.

St. Helena is in a heated battle between those who clamor for more hotel rooms and those who believe such growth will be the death knell for the small town.

Yountville has become a concentrated collection of hotel rooms and restaurants, with more shopping, dining and wine-tasting opportunities planned for the future.

Napa is expanding rapidly with hotels, resorts and plenty of anticipated restaurants, brewpubs, taprooms, retail malls and the like.

However, without innovative chefs and high-quality food-service professionals the highly regarded Napa Valley food culture will be tarnished if not lost altogether. To be sure vibrant culinary minds remain in the valley, but I contend that what has lifted the Napa Valley into a food mecca for the world in the past is at serious risk of being diminished. If, as a community, we are unable to hold on to our finest, then we must accept the consequences. My hope is that we redouble our collective efforts to attract and retain the best and brightest culinary innovators. As for now, though, we’ve lost another one — this time to Nashville.

“It’s heartbreaking to leave this place,” Zetts said. “I could have died in that house, but, who knows, maybe we’ll move back someday.”

I have been seeing articles about problems with labor (restaurants) and housing (affordability). The simple solution goes unmentioned: raising…

Maybe we have reached the saturation point

Regarding the shortage of personnel to staff restaurants in the Napa Valley, this is perhaps the canary in the mine. The Valley has reached it…

Ryder Zetts has been a chef in the Napa Valley for the last 12 years. Recently he accepted a job offer in Nashville to head up three new restaurants, which are all owned by the Atlanta restaurateur, Ford Fry.

Family Owned and Operated For Over 30 Years.