Which Adria brother deserves credit for the phenomenal success of elBulli restaurant in Spain? “Constructing Albert” tells the story of the Spanish brothers at the Napa Valley Film Festival this week. 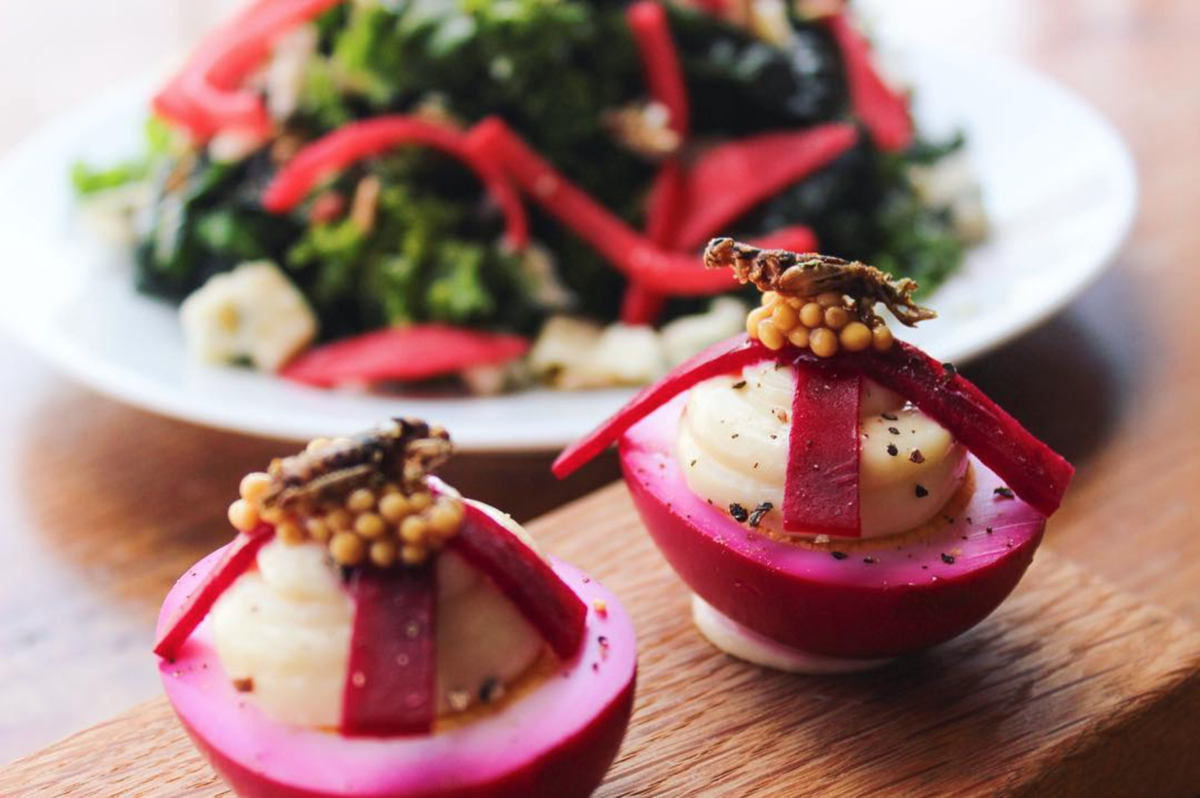 Will dishes like pickled beets with honey mustard crickets be on American menus in the future? “The Gateway Bug,” showing at the Napa Valley Film Festival, considers the possibilities. 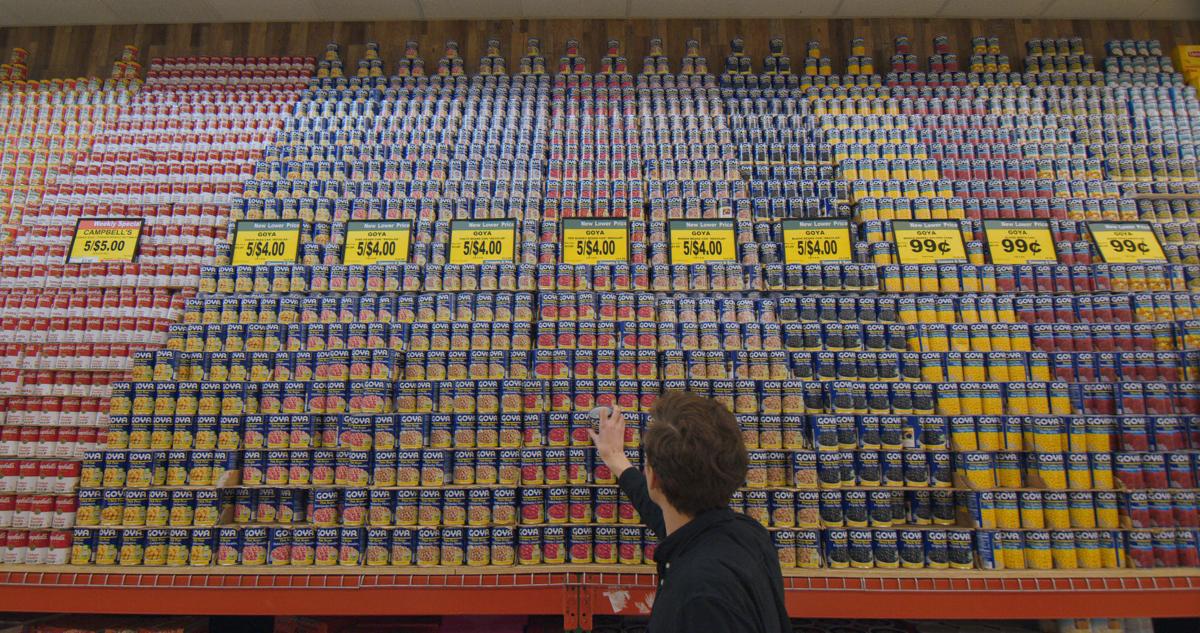 "Wasted! The Story of Food Waste," produced by Anthony Bourdain, looks at how and why 1.3 billion tons of food is thrown away.

Which Adria brother deserves credit for the phenomenal success of elBulli restaurant in Spain? “Constructing Albert” tells the story of the Spanish brothers at the Napa Valley Film Festival this week.

Will dishes like pickled beets with honey mustard crickets be on American menus in the future? “The Gateway Bug,” showing at the Napa Valley Film Festival, considers the possibilities.

"Wasted! The Story of Food Waste," produced by Anthony Bourdain, looks at how and why 1.3 billion tons of food is thrown away.

The ties between food and film run deep, whether it’s Lady and the Tramp sharing spaghetti and meatballs, a food fight in “Animal House” or dinner with Andre. The Napa Valley Film Festival, opening this week on Nov. 8 and running through Nov. 12 builds on this connection with parties, culinary demonstrations — and most of all, films.

I am getting ready to indulge in five days at the movies, here in our own Napa Valley, but as part of this I spent a weekend previewing just a few of the 100-plus films we’ll be able to see. What were these films about: bugs and stars and brothers with imaginations. What did they have in common? They were all documentaries about food.

— “Michelin Stars: Tales from the Kitchen” What began with tires is now all about tables and the power of a star. This film steps inside the famous — or infamous — red Michelin Guides’ world of virtuoso chefs and their show-stopping dining rooms. The cinematography is a visual feast. Most intriguing, are the stories shared by or about these top chefs like Alain Ducasse and Guy Savoy. The film doesn’t omit some of the tough stuff that surrounds this industry. The cast? The chefs themselves.

“Wasted! The Story of Food Waste.” Where there’s food, there’s waste. A very unfiltered Anthony Bourdain, the producer of “Wasted,” is a samurai on this subject. Mario Batali, devoted to reducing food waste, an enthusiastic member of the cast of this important film. I think we all see waste in one form or another, but what we don’t know, we should know. I’m not what you’d call an activist, but facts are facts and learning that 1.3 billion tons of food is wasted annually via the American food system gets my attention. The waste begins on the shelves and does not end in the landfill. Why not turn toast to beer or yogurt to electricity? “Wasted” had me had me filling pages with copious notes of things to investigate further. At the very least, you’ll learn how to interpret food expiration labels once and for all, which isn’t what you might think either.

“The Gateway Bug” “The Gateway Bug” sets out “to follow the rise and fall of edible insect start-ups” in the U.S., which, unlike many other countries in the world, is not one known for not one known for putting ants or cockroaches on the menu. Having crunched a few dehydrated crickets and grasshoppers in my foodie travels, I was interested but — “Gateway” left me wanting. The lack of context was my issue. At times, I felt the film contradicted itself. What could have been informative exploration of entomophagy (the consumption of insects in a daily diet) just didn’t provide enough data to support their cause. I doubt this film will help entice folks to eat a bug — or to support this new production industry.

— “Ella Brennan” Before the food world became part of the entertainment business there were women like Ella Brennan, now 91, who fought her way into a world controlled by men and aimed for the glass ceiling. The restaurant world. When it comes to chefs who changed the game, Ella was a revolutionary ensconced in New Orleans. Banana’s Foster, one of the most copied desserts of all time? The credit belongs to Ella. Music at brunch? Ella. Oscar nominated filmmaker, Leslie Iwerks’ documentary tells us about Ella’s upward trajectory, sharing challenges and the inner defiance she needed to become respected by the likes of Julia Child, the Zagats, Jeremiah Tower and Emeril Lagasse, including gloomy dark personal struggles she had to overcome, as she made her way — but I didn’t want it to end, knowing there was a backstory not touched upon. I’d watch this one again, but it has me hoping that someone will take this storyline and create a blockbuster, like “Julie and Julia.”

— “A Fine Line” Filmmaker Joanna James, whose mother owned and operated a restaurant, delves into the subject of being born into a restaurant family. According to James, the changes in how women chefs are perceived have not been many in the past 20 years. It seems restaurateurs still have misconceptions about women in culinary enterprises. How do women in the restaurant business see themselves? James raises the question, “Are you a woman chef or are you a chef?” Different generations, different perspectives. The conversations will inform and delight you. Then you may have your own conversations about this topic.

— “Fermentation” Chef and author Edward Lee helps his audience to investigate the many faces of fermentation in this feature-length documentary. The ancient, historical and mystical method of preserving foods using fermentation has stepped out of the past and onto our contemporary plates. Cheese, beer, cured meats and more sustain the tradition. Old school meets current trends. But wait, could this craft be lost as technology advances? The old ways are important, as this journey through time film will share. Fascinating.

— “Constructing Albert” In a remote location on the coast of Catalan two brothers, Albert and Ferran Adria, begin a culinary journey.These two Spanish chefs created elBulli, one of the most famous restaurants ever to open its doors. In “Constructing Albert,” we peek into the universe of these brothers. The shy one wants to get out from under the specter of the older. Who worked harder? Who was the more creative? Who fostered their own monarchy? When you say “Adria” to anyone in the culinary realm, they know exactly who you are talking about. The name Adria translates (not literally) into ingenuity and imagination. You’ll have to see for yourselves, and I recommend that you do and then tell me if you feel Albert has been one of the most unappreciated master chefs in recent culinary history. Or not?

One common theme touched upon in most of these films is the inspiration the chefs learned from their mothers and grandmothers. Credit where credit is due.

See you at the movies!

Food and Wine at the Festival

The Napa Valley Film Festival, celebrating film, food and wine, has these culinary events on…

Keeping up with the Napa Valley Film Festival

The Napa Valley Film Festival returns this week. Here is a collection of all the Napa Valley Register coverage featuring the popular Napa Coun…