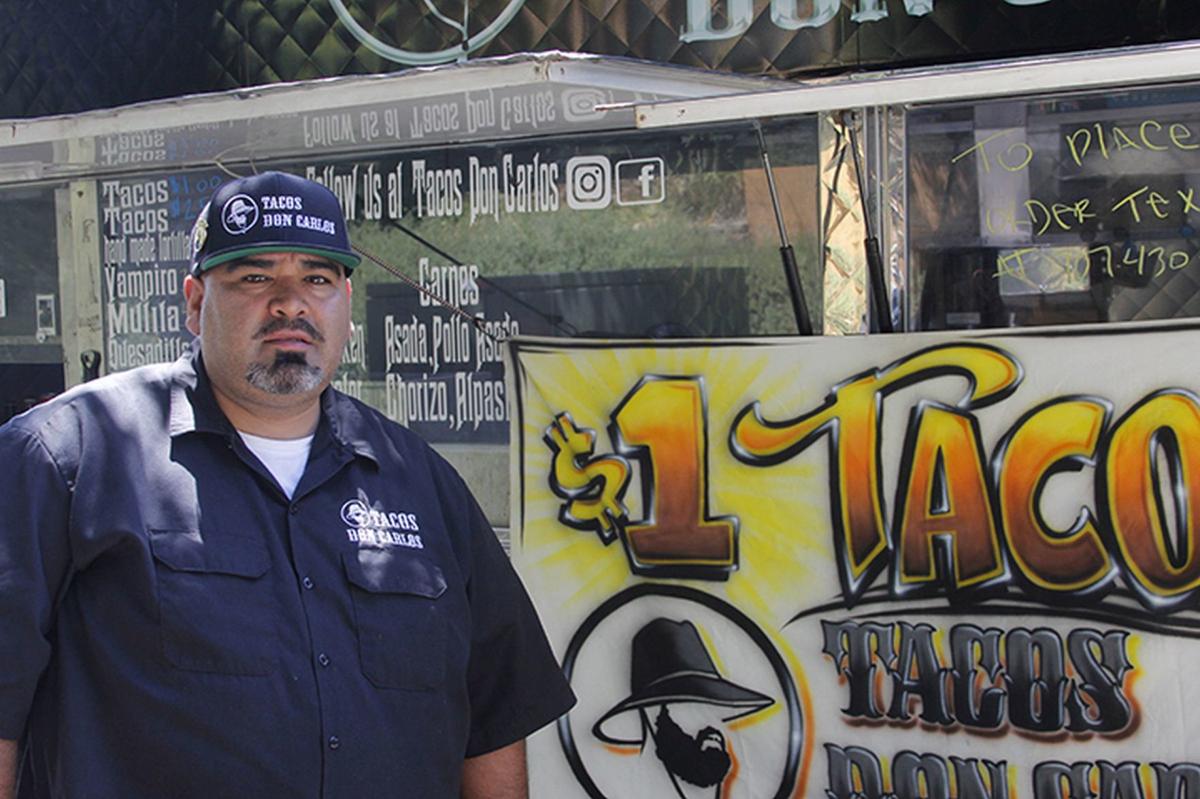 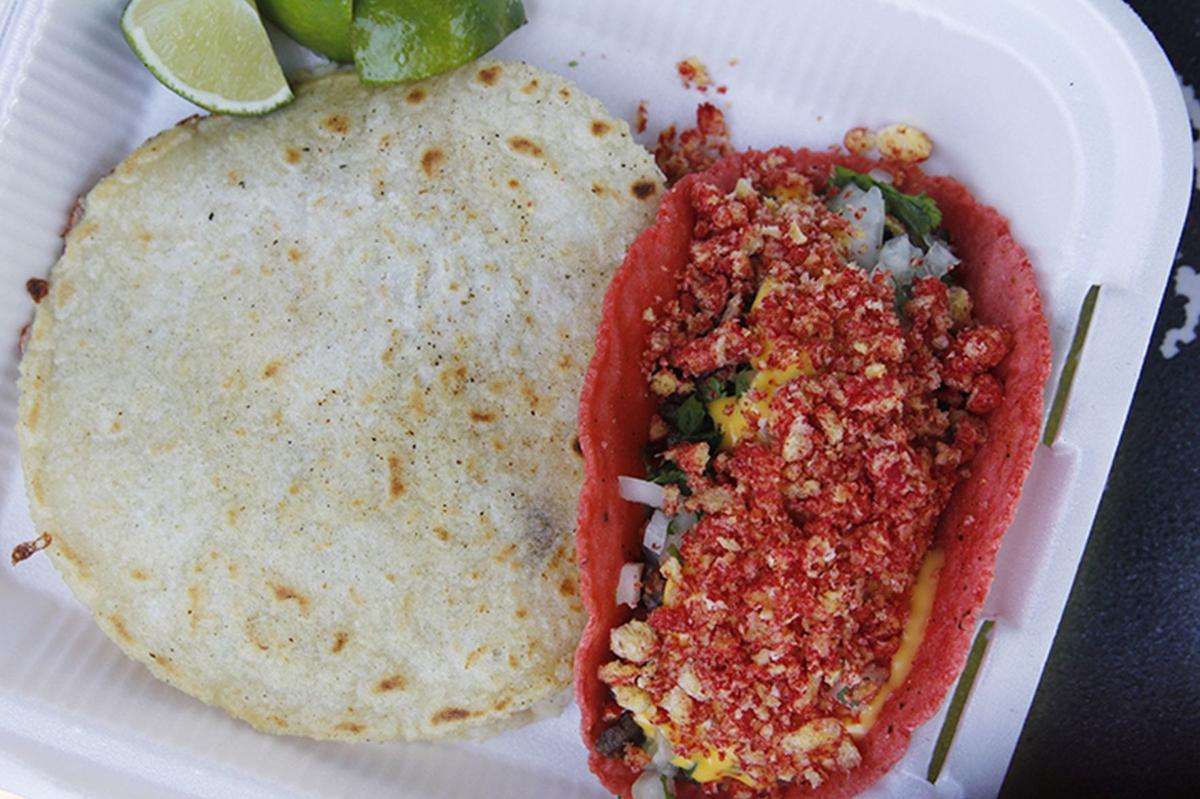 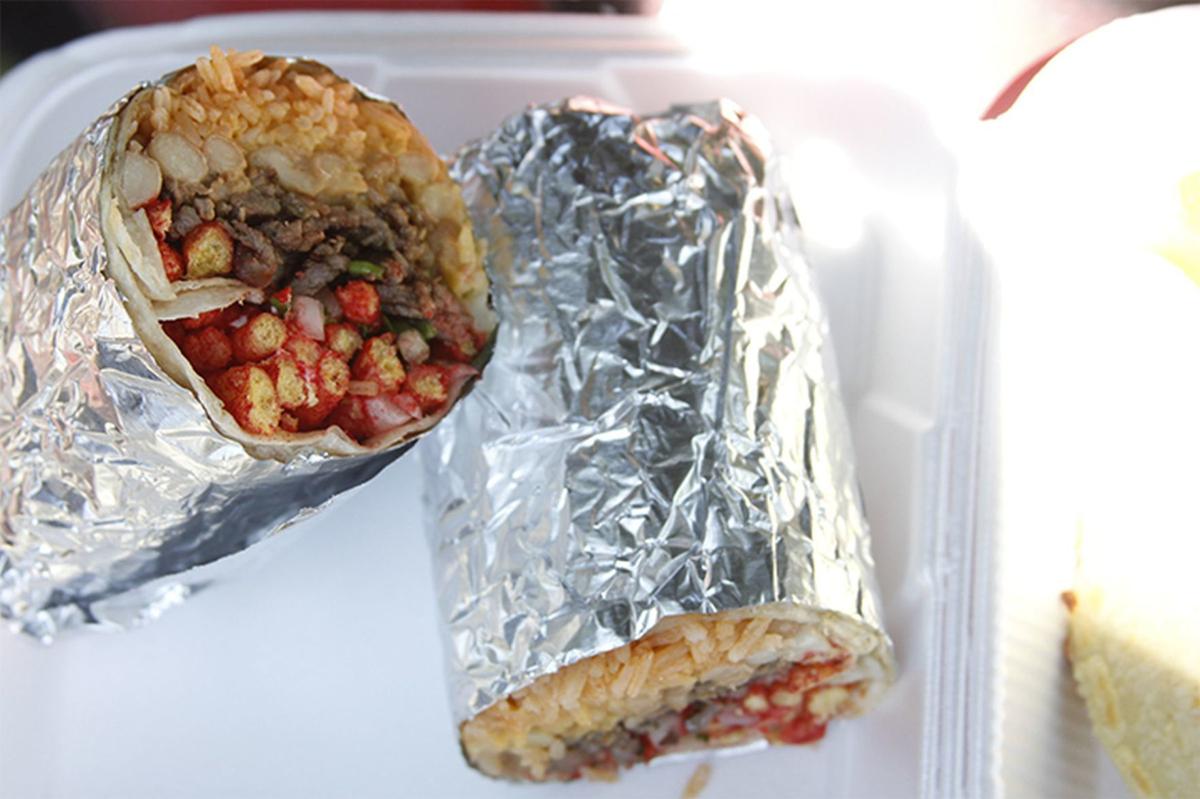 What you’re eating: Tacos, tacos and more tacos – all made with fresh ingredients and available for only $1. But don’t let the price fool you, these tacos are bursting with flavor and, if you’re up for trying something a little more fiery, Tacos Don Carlos has a trendy and Instagram-worthy option for you. (Hint: It involves Flamin’ Hot Cheetos).

Gluten-free corn tortillas are also available and, according to the owners, pair well with a side of guacamole.

Who’s making your food: Speaking of the owner, it is often Carlos himself who you will see inside the truck alongside either his wife, Maria, or one of his other family members.

“I want to keep it a family business,” says Carlos Mata, who works six days a week to run the truck with his family. He is at the store every morning by 7 a.m. to buy supplies, opens the truck up by 11:30 and keeps at until they sell-out, usually about 9 p.m.

Mata first started selling food from a taco cart a few years ago Friday and Saturday nights at Trower Avenue and Jefferson Street in Napa. He was serving between 60 and 80 people each night, but, he says, he didn’t know at the time he needed a permit. Unable to afford one at the time, he was forced to close.

Mata, however, kept receiving messages from people about how much they loved and missed his food.

“Two years later,” he says, “people were still calling me ‘We miss your tacos.’”

When Mata, a self-proclaimed “taco guy,” was finally able to buy his truck with help from his family, he decided to keep the business family friendly. That’s why he continues to serve $1 tacos and, he says, takes Sundays off to spend time with his own family.

“We’re a family of six – we gotta make it affordable for everybody,” Mata says, “Nowadays nothing is $1.”

Don’t leave without trying: If you’re a Flamin’ Hot Cheetos fan, then the Flamin’ Cheetos Taco. If it is bacon that gets you drooling, then try the Puerco Wrap Burrito – a burrito wrapped in bacon and grilled to perfection.

Pro Tip: Ask for grilled onions and chili peppers and they’ll be sure to “slap some on.”

Where to find it: Tacos Don Carlos is located at 1700 Soscol Ave. in Napa. It is opened between 11:30 a.m. – 9 p.m. (or when they sell-out) Monday through Friday. On Saturdays, the truck is out at special events. Search for the truck on Instagram or Facebook for updates.

Jess Lander shares some of her dining favorites, including her vote for best burger in the valley.

Vegan, Mexican, and oh, so good

Napa's Feast it Forward gets a prestigious Taste Award.

Napa Farmers Market: The market does its part to combat hunger

The Napa Farmers Market is stepping up to support people who are hungry or homeless in our community, manager Cara Mae Wooledge says.

How non-alcoholic cocktails are shaking up the bar scene

"[It's] not an apologetic few lines at the back. We're talking crafted cocktails that just so happen to not contain alcohol."

Saturday is National Margarita Day. Here's the story behind the cocktail (and some deals on drinks)

Feb. 22 may be National Margarita Day, but the origin of so many people's favorite cocktail is up for debate.