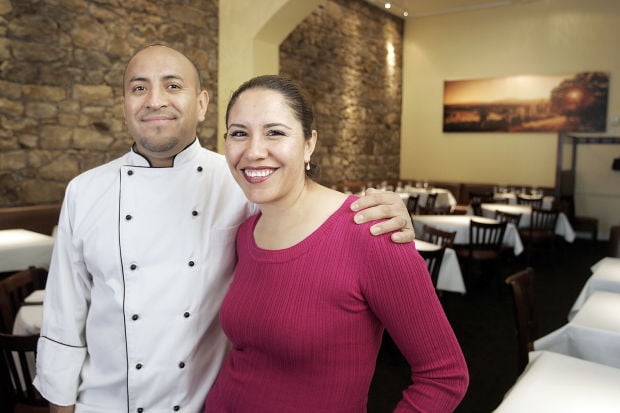 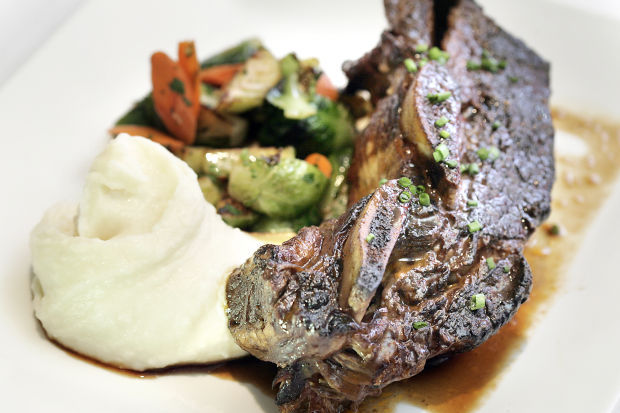 Zinfandel braised short ribs with truffle garlic potatoes and seasonal vegetables is a popular item on the Market menu. 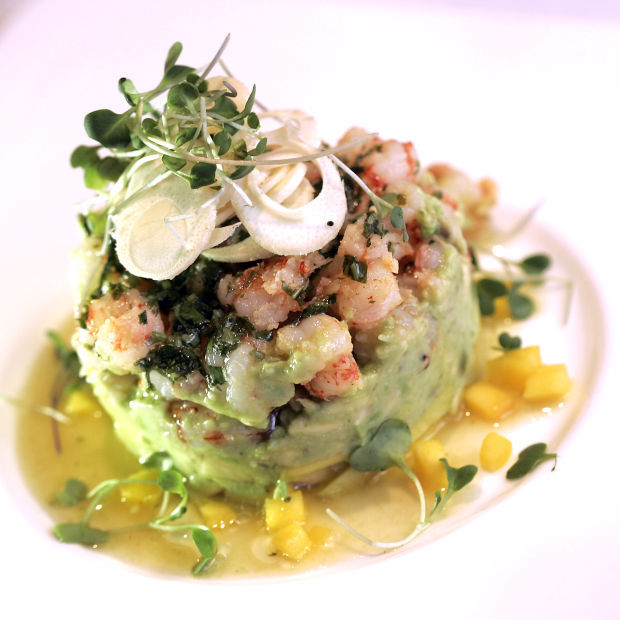 ST. HELENA — It’s been six years since chef Ernesto Martinez and his brother-in-law Ramon Flores, became the of Market restaurant in St. Helena, but Martinez still beams with pride as when the door opens for lunch and people, many greeting him by name, begin to fill his cozy and elegant Main Street bistro.

It all began with a dream, he explains with a smile, “and I am not a person who even remembers his dreams.”

Except for this when when he woke up one morning with the distinct recollection of dreaming that Market restaurant, where he was head chef, was going to close.

Martinez followed a long, hard road to that job since arriving in the Napa Valley at 16, after leaving his home in Mexico City. He spent a few nights sleeping in parks while he looked for work. His first job was as a dishwasher in Brava Terrace. This is when he got an idea that he might like to be a chef.

“As the dishwasher I was always the last one to leave,” he said. “Often we were there until five in the morning. I saw the chefs leaving at nine o’clock and I thought, ‘Wow, that’s early.’”

In St. Helena he found a childhood friend, Roman Flores. Flores’ sister Xochitl had come to stay with her brother, and Martinez noted with interest that she had changed considerably since their childhood. They began dating, keeping it a secret from her protective older brother. Flores, however, didn’t miss much.

Xochitl listened to Martinez’s dreams with a degree of skepticism. “I remembered at home his mother did all the cooking,” she explained. “I don’t think Ernesto knew how to flip a tortilla.”

Martinez, meanwhile, continued a steady progression, observing, learning and working his way up through a series of restaurants in the valley. By 2003 he was working as a sous chef at the Culinary Institute of America in St. Helena when, walking down Main Street, he noticed activity going on inside one store front. It wasn’t a large space, but its exposed rock wall and antique wooden bar gave it a distinctive attraction.

He asked and learned that the renowned team of Douglas Keane and Nick Peyton were opening a bistro they planned to call Market. They invited him to apply for a job. He kept his job at the CIA but signed on to work two or three days a week as a line cook at Market. “I wanted to learn from them,” he said.

Market, opening in 2003, was a prompt success. In the aftermath of the Sept. 11, 2001 terrorist attacks, its menu of homey, comfort food, like mac ‘n’ cheese and the signature S’Mores, was a hit with locals and visitors. Keane and Peyton, however, soon moved onto a new project: In 2005, they opened the acclaimed Cyrus in Healdsburg, which garnered Michelin stars and put Healdsburg on the restaurant map.

With Cyrus claiming much of their attention, the owners were less frequently seen in Market. They had promoted Martinez to sous chef, which meant he’d left his job at the CIA; and twice they offered him the head chef job. “I said no,” Martinez said. “I did not think I was ready.”

The third time, however, they didn’t offer him the job. “They asked to meet with me,” Martinez said. “They said, this time we’re not asking you, we’re telling you: You’re the head chef. I left at 11 and came back at 11:45 the head chef.

“I told them, I didn’t know if I was ready,” he said. “They said, ‘You have something that can’t be taught.’ That gave me confidence.”

Martinez thrived in the new job and thrived, and then he had the dream that Market was closing. “I went to work that day and it stayed in my mind,” he said. “I looked at all the people who worked in this restaurant, who depended on their job, and finally, I had to ask (the owners): ‘Are you going to close?’”

Peyton and Keane answered him honestly: They weren’t planning to close Market, but they were putting it up for sale.

“It clicked in my head,” Martinez said. “Why don’t I buy it? I had always hoped I’d have my own business one day but I didn’t think it would happen so quick.”

“It took a year and a half to raise the money,” Martinez said, but finally he and Ramon Flores were able to buy the restaurant. “I was fighting for more than myself,” he said. “It was for all the people who worked there too.”

The timing, however, could hardly have been worse. “We became owners on Aug. 1, 2008,” Martinez said. By October, the U.S. economy collapsed into the worst recession since the Great Depression.

Martinez’s worries about whether customers would fall away if the restaurant was under new ownership were replaced by wondering if they would survive. “I thought, ‘What have I done?’” he said. “For the rest of 2008 and 2009, I was so afraid I had made a mistake.

“I tried not to bring the stress home,” he said. Eventually, however, he reached the point where he knew he would have to either let the restaurant go or sell the family home in American Canyon home. “We sold the house,” he said. “I thought, if we keep the restaurant, we will have an income.”

During these tough two years, Martinez said two things sustained him. One was the loyalty of locals who continued to come to Market, and the other was the man Martinez calls his “good angel,” Market’s general manager, Eddie Moore.

A long-time hospitality professional, Moore said he had decided it would be his last job when he went to work for Market. Today, he continues to run the front of the house with quiet efficiency and an easy-going Midwesterner’s charm.

With the support of locals and Moore, by 2010, they were on solid ground. “When people said to me they thought the food was better than it had been when it first opened, I was so happy.”

Today, Market is open for lunch, dinner and Sunday brunch, serving a menu of seasonal American classics to which Martinez gives his own special touches.

Under a special section of “American Classics” you’ll find the “famous Mac ‘n’ Cheese,” which features aged Parmigiano-Reggiano and Fiscalini cheddar cheese, bacon and herbs, along with Baby Back Ribs ($23), Rosie Organic Fried Chicken ($19) and Champagne Battered Fish ‘n’ Chips ($18) and a Market burger ($14) that’s almost as famous as the mac and cheese.

“We are blessed with continuity here,” Moore said, noting that many of the servers have been Market employees for years.

Both Moore and Martinez give each other credit for this stability in the often volatile restaurant world.

“It’s because of him,” Moore said, gesturing to Martinez who provides his workers with health insurance and 401(k) retirement plans. Moore, Martinez said, promotes at atmosphere of respect and gives employees an opportunity to advance.

“I am just so grateful to all of the people who supported us,” Martinez said. “Now it’s important for me to give back.” He and his family now live in St. Helena where he contributes to local causes from making donations to non-profits to providing his baby back ribs for his son’s sports teams.

Martinez and Flores have also expanded their team work to open the Napa Valley Bistro in Napa.

Most of all Martinez never forgets his staff, “the people who do all the work.”

What it comes down to, Martinez said, “is that we are all a family here.” It’s why he closes the restaurant on Thanksgiving Day, when he cooks for his employees. He also closes on Christmas and New Year’s so his staff can enjoy their own celebrations.

And on Christmas Martinez also gets a holiday, he noted. “My wife cooks.”

Zinfandel braised short ribs with truffle garlic potatoes and seasonal vegetables is a popular item on the Market menu.