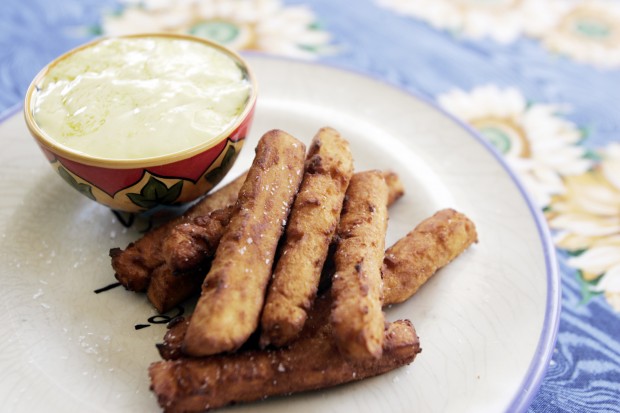 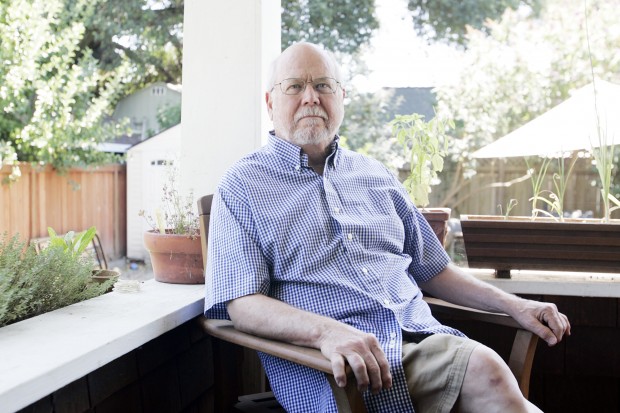 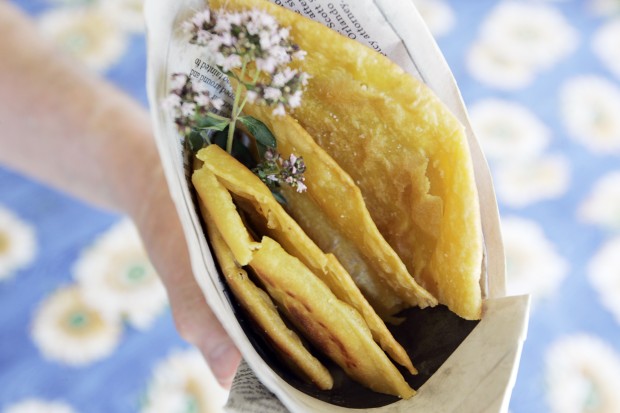 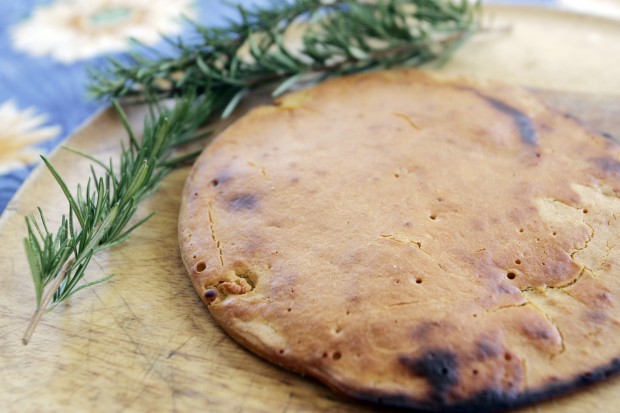 We encounter garbanzo beans (“ceci” in Italian, “chickpeas” in most of America) so often in salads, falafel and hummus that it’s easy to overlook the other uses of these nutritious legumes.

Part of the Mediterranean culture for millennia, they can be used in place of grains in many recipes. Polenta was made with them before corn arrived from the New World, for example, and both Italy and Southern France prepare a snack “pizza” from garbanzo flour.

Italians and French seem to snack all day long, in fact, and these pizzas seem more appropriate for snacks, perhaps with hearty red wine, than as integral parts of meals.

Garbanzo flour can be combined with grain flour to provide vegetarian fare containing all the amino acids needed for humans to create protein. You can also make these recipes with flours from other legumes or even chestnuts, the latter traditional in Italy.

Here are a number of recipes based on traditional foods using garbanzos. Some have been lightened to reduce the amount of oil used, though what is used is olive oil.

These recipes call for untoasted chickpea flour. Oddly enough, the flavor of chickpeas becomes quite subtle in these recipes. You can find Bob’s Red Mill versions in most supermarkets these days. It’s called “gram” in Indian cuisine or “farina di ceci” in Italian. It occasionally goes rancid; I’d suggest using it fairly quickly or keeping it in the freezer.

Alternately, you could crush dried chickpeas in a big mortar or even process them in your food processor, though that’s slow, noisy and probably doesn’t help the blade’s sharpness. Canned (cooked) chickpeas are OK for some of these recipes.

And there’s certainly nothing wrong with falafel — chickpea “meatballs” — or hummus. You can use chickpea flour instead of whole garbanzos in falafel or hummus, as is more common, but the texture suffers. Indian pakoras are made from garbanzo flour, too.

Socca is a garbanzo pancake or crepe from Nice (Nizza). On the Côte d’Azure, Nice was Italian Nizza for centuries and its food still reflects an Italian heritage as much as French. A favorite snack is socca, a chickpea pancake fried in olive oil on a griddle. It tends to stick to the pan, hence its vendors usually cook it in plenty of oil, but we can avoid that with a non-stick pan.

Water as needed (about 1 cup or more)

Mix flour, salt and water to make a thin crepe-like batter and set aside for 30 minutes to an hour. Add more water if needed to maintain texture.

Heat nonstick skillet or griddle to hot. Pour on oil, and when sizzling, add scoops of batter and swirl. The pancakes should be thin and can be as large as the pan. It should get crisp, hence all the oil. When golden brown, carefully turn over with a long spatula to brown the other side. Even Jacques Pepin couldn’t flip this one!

Serve immediately with black pepper and more salt if needed. They don’t improve with age.

In Nice, you traditionally get cut or torn slices in newspaper cones, as with fish and chips in England.

A garbanzo pizza from Tuscany, cecina is a baked variation of socca. It’s called farinata in some other parts of Italy.

Cecina is thicker than socca, incorporates olive oil for taste and moistness and can include herbs such as thyme, rosemary or sage. It’s great with a tablespoon of minced garlic mixed with the batter.

At least 3 Tbsp. olive oil plus 1 Tbsp. for the pan

Oil heavy cast-iron skillet or other metal casserole dish. Don’t use glass or ceramic. Place in oven preheated to 400 degrees until the oil is very hot.

Mix other ingredients thoroughly to create a thick batter. Pour into hot pan. It should be 1/4  to 1/2 inch thick. Immediately return to hot oven. Cook until golden, approximately 20 to 30 minutes.

Drizzle with olive oil and salt, cut into wedges and serve immediately as a snack or appetizer.

In either this recipe or socca, corn, wheat or other flour can be used in place of part of the garbanzo flour for a complete protein source and different taste. Corn is especially delicious.

Polenta made from garbanzos is an interesting alternative to cornmeal polenta. For this recipe, use larger chunks of chickpeas if you have them. You can also process soft soaked or canned garbanzos for this recipe.

Bring water to boil, then add meal in thin stream, stirring or whisking until all is absorbed. Add more water if needed, cooking until mixture is the texture of porridge and pulls away from the walls of the pot.

Serve with cheese, butter or other sauce. Alternately, pour on oiled flat surface, let cool and grill or fry to accompany soup or entrée.

Chickpea fries from Sicily, panelle have become quite popular of late.

They are called panisse in Nice. You basically make a polenta-like mixture, then let it harden, cut into strips and fry.

In Sicily, it’s often left in thinner, bigger pieces and eaten in a sandwich.

Combine garbanzo flour withwarm water,  salt and, if desired, herbs and minced garlic. Bring to a boil, and cook a few minutes until it’s thick. Pour into a sheet pan 1/4 to 1/2 inch thick. Let harden. Slice into French fry-sized strips, then deep fry in olive oil.

Salt as soon as it comes out of the fryer.

Serve with aioli if you wish.

Taste of the Valley: Kitchen Door plans a move downtown

A move for Todd Humphries' Kitchen Door , a new cheese series from Janet Fletchen and Laura Werlin, and family activities at the Meritage/Vista Collina.

A closer look at sugar substitutes, from maple syrup and honey to date sugar and stevia.

Spring asparagus is one of the most versatile vegetables, pairing well with pasta and in risotto.

How to make homemade pasta (no stress required)

A basic pasta dough recipe paired with a few techniques and tools means pasta from scratch is an hour away.

This quick curry is easy to customize.  You can make it with all vegetables or a mix of veggies, tofu, shrimp, or chicken.

Should you add oil to pasta water? Pasta-cooking do’s and don’ts from Sfoglini.

Pasta, meet sauce. These recipes and wine pairings bring out the best in your boxed pasta, from bucatini to fusilli.

Don't be intimidated - these garlicky stuffed artichokes are sure to impress

Wow your dinner guests with this dramatic, yet easy to eat stuffed artichoke dish.

Recipe of the Day: Spring Salad with Asparagus

From the bright green asparagus down to the deep purple radishes, this spring salad recipe makes use of the season's bounty in a vibrant and tasty way.

Kitchen game-changers: The tools that will take your cooking to the next level

Chances are you’ve spent more time in the kitchen this past year than ever before. Now that you've (almost) perfected your sourdough, it’s time to take your cooking game up a notch or two.